In August 2020, Noemí, a Spanish photo editor living in the Netherlands, came across an image on Facebook taken by a man called Amir.

Twenty-one – year-old Amir, who is originally from Afghanistan, was living inside Moria, a refugee camp on the Greek island of Lesbos. The photo struck Noemí. She had recently separated from her partner, also an Afghani refugee. But it was more than just this personal connection which drew her to Amir’s photo.

“I realised how much he was trying to explain what was happening,” Noemí explains. She could see the humanity in his photo. ​“I think this is the power of these images, that they are not perfect, but they have something that connects you”.

Shortly after, Noemí contacted Amir via Facebook and they agreed to set up the Instagram account, @now_you_see_me_moria. It documents the daily lives of refugees through contributions from people who are living inside Moria, often waiting for years to hear the verdict of their asylum claim. Other named photographers include Ali and Moustafa from Afghanistan and Qutaiba from Syria, who has a pregnant wife and two young girls. There are plenty more, but they remain unnamed.

Since 2015, the media representation of refugees have become pretty standard: groups of overcrowded dinghies, sad-looking children sitting outside tents. You get the picture – you’ve seen it hundreds of times. These images have become so familiar that often they’ve lost their ability to shock. ​“They are portrayed not as individuals with hopes and dreams but as a group of men, women and children arriving here.” The language is negative and threatening. It’s also totally one-dimensional. Now You See Me Moria is determined to change that.

“We are really trying to break the stereotypes of refugee groups and the kind of images that people have in their mind when they think about immigration,” Noemí explains. ​“Of course we show the bad moments but we also show what they do, when they dance, play football, play chess, and by showing these daily moments, people can recognise themselves in them”. 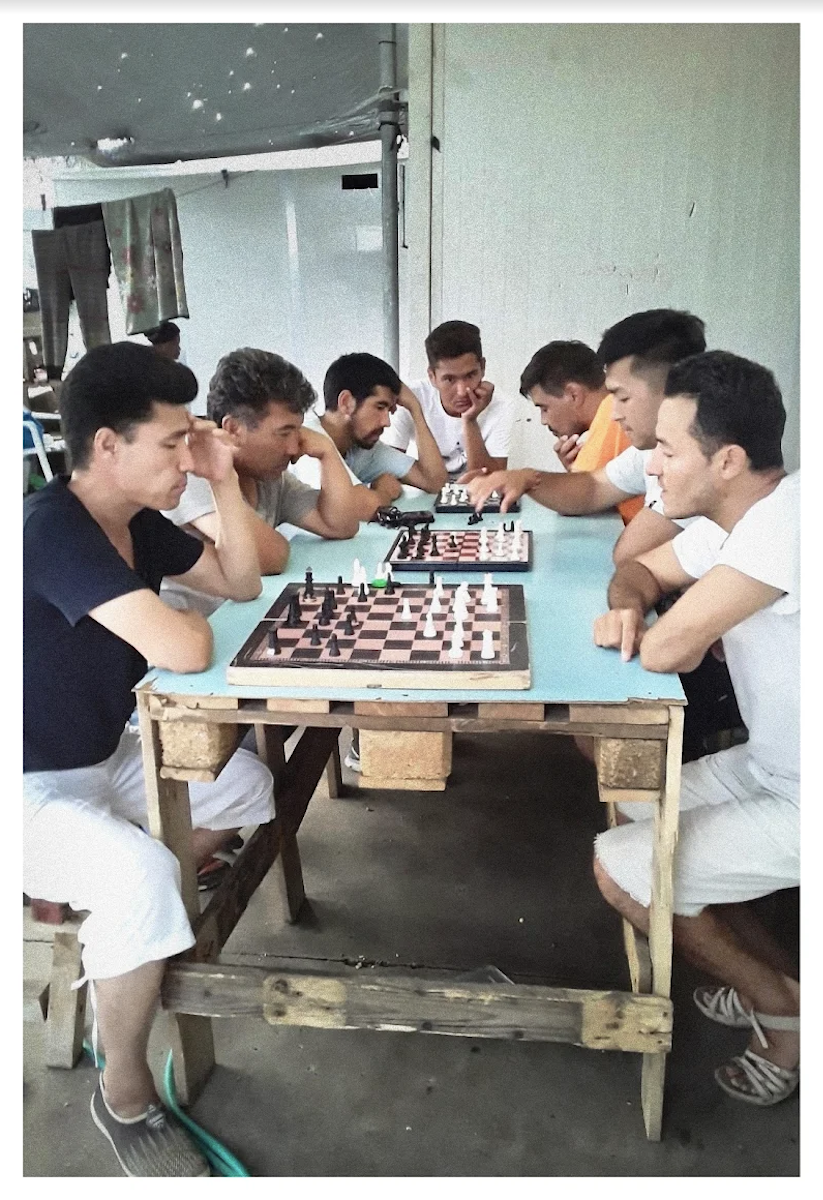 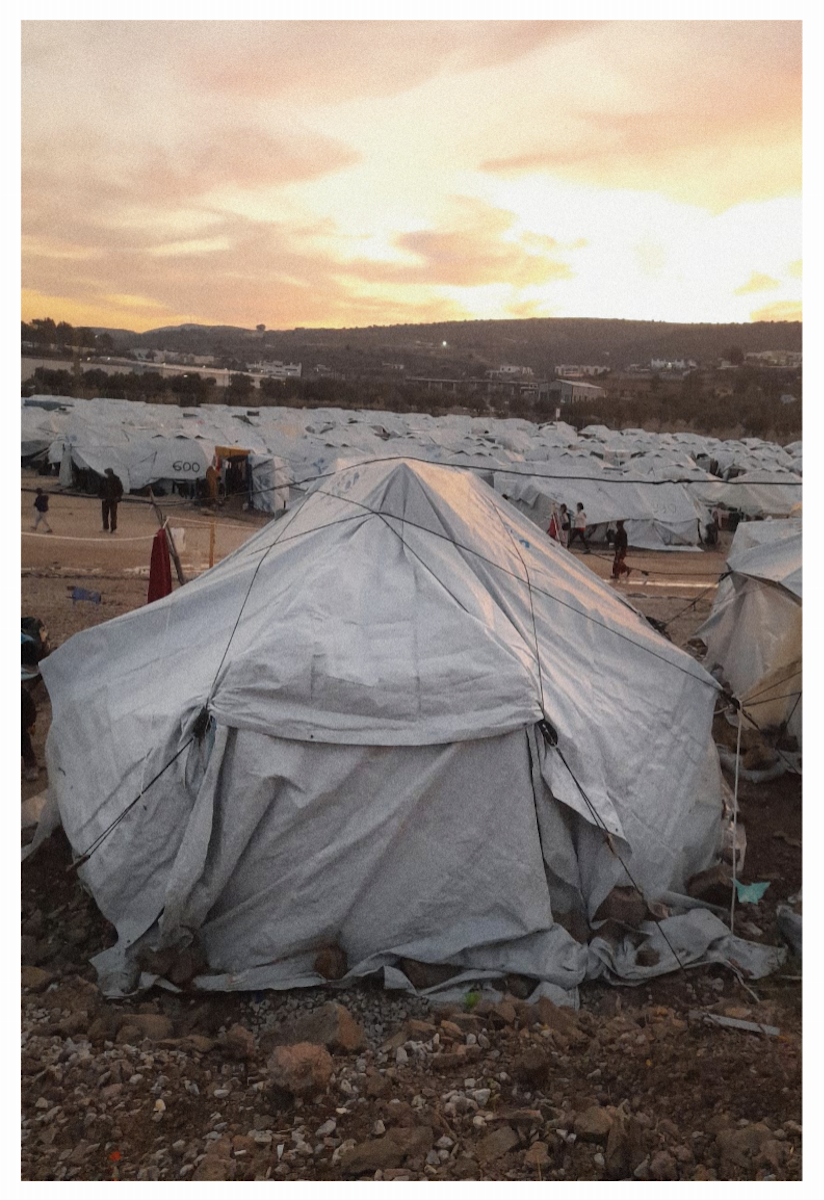 The project has two main aims. Firstly, to raise awareness of the human rights violations and unsafe conditions in the camp, with a collective hope that this will encourage European citizens to put pressure on their government to grant more refugees asylum and let them begin their new lives in cities across Europe. The second is to convince the Greek government to move refugees to camps that allow them to live in safe, clean, dignified conditions.

Less than a month after Noemí and Amir had set up the account, Moria burned to the ground. For a week, refugees who had been living there had to camp out on the streets of Lesbos. According to Noemí, many would have preferred to stay there. Moria was built to house 3000 people but, as Noemí explains, actually housed 20,000. It was squalid, cramped and incredibly dangerous, with sickness rife and Covid-19 spreading. But a letter from the Greek government simultaneously promising better living conditions and threatening refugees with asylum rejections convinced most to move to the temporary camp, Kara Tepe, now nicknamed Moria 2.

In Moria 2, there is no access to clean toilets. Only recently have warm showers been installed, but people can only shower once a week for 15 minutes. There is restricted access to food, meaning refugees are usually queuing all day to pick up government food packages. They live in poorly constructed tents which often become flooded due to storms, or overheat due to the scorching sun. In these tents there is often not enough room for a whole family. Many sleep outside in the elements. There is no access to education and many children have gone without schooling for over two years. 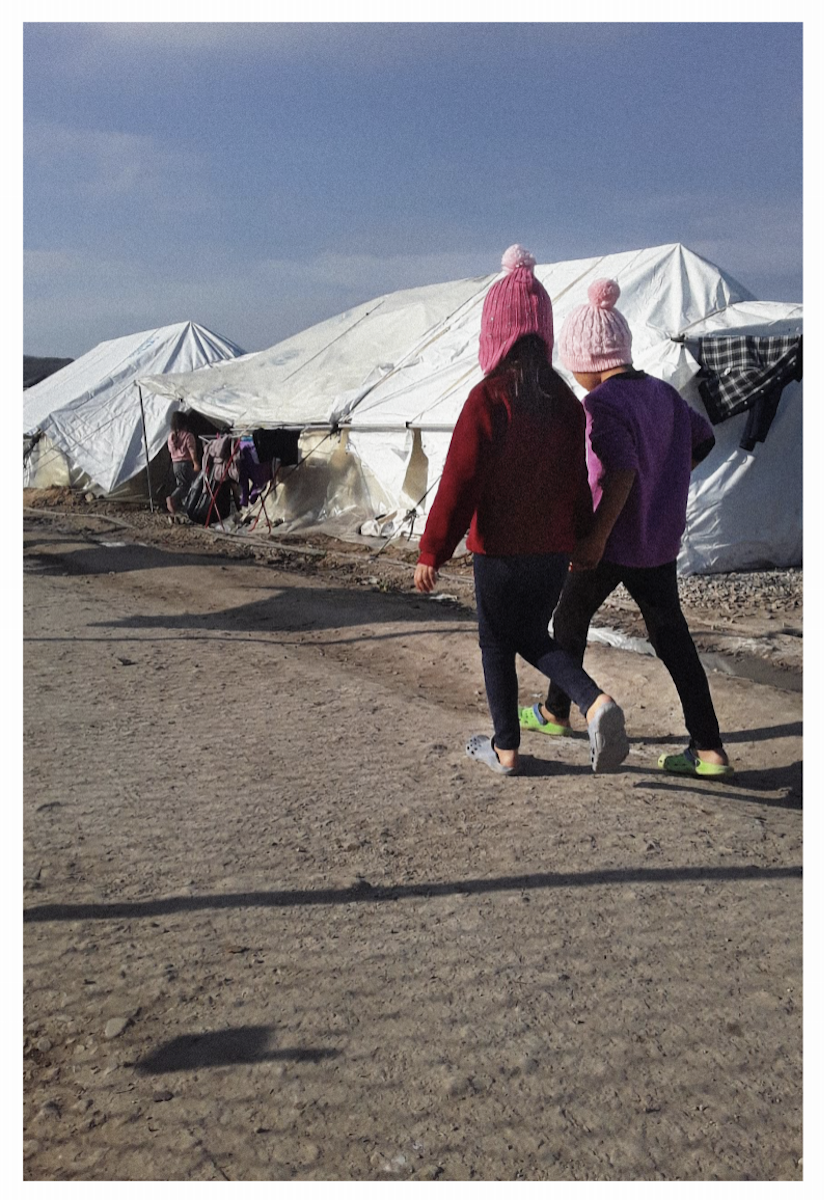 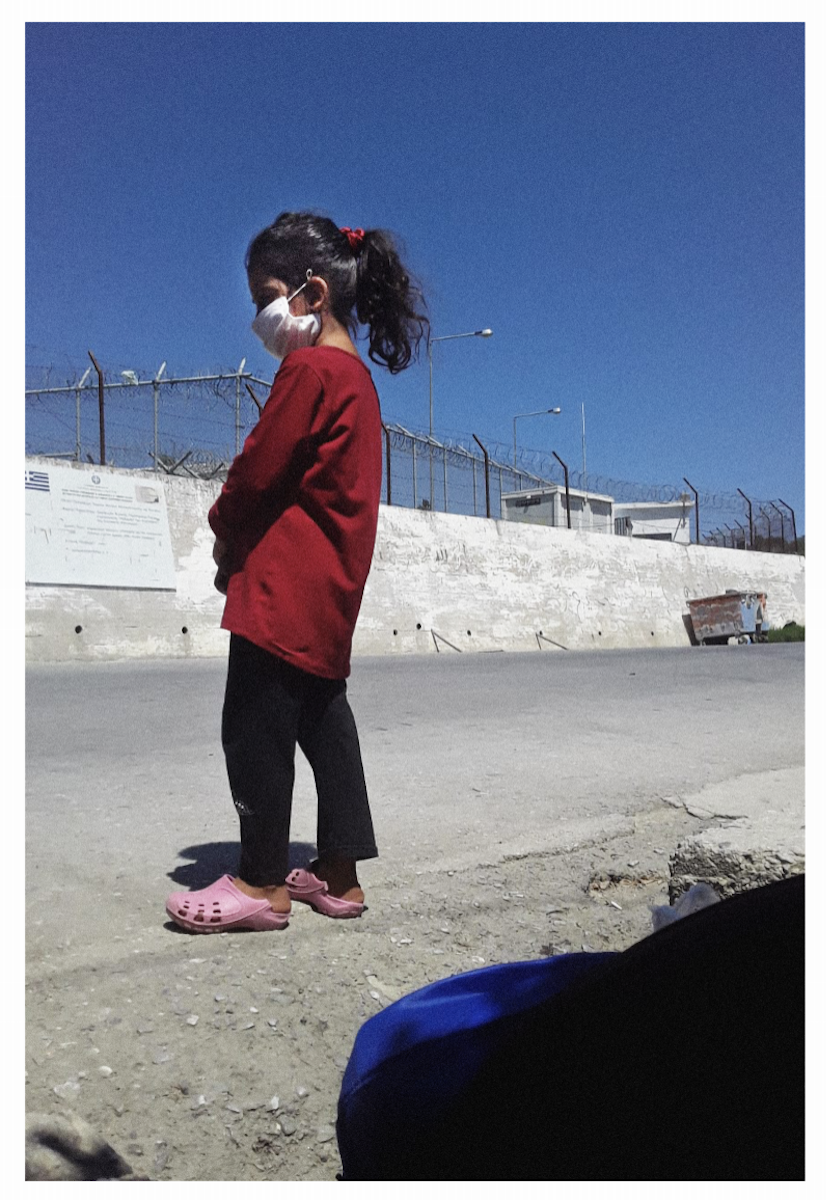 Nine months after the fire at Mora 1, work on the new permanent camp has not yet begun. But it is questionable whether this would be the better option. The new camp is to be constructed like a prison: a closed building with high walls, far away from any other form of society. They plan not to let any non-profit organisations in. With journalists already unofficially banned from entering, it seems to be a governmental plan to spirit these people away, hiding their shameful treatment from the rest of the world for good.

Their reasoning? The privacy of refugees. But privacy is not something that will ever be afforded to them until they are granted asylum and can begin their new life in another European country.

On 14th February, Now You See Me Moria initiated a global action to raise awareness for the project. Posters designed by over 500 volunteers were stuck up in cities across the world, from Hamburg to Seoul. The action had only been organised four weeks before in an attempt to diversify the ways in which they were connecting to the public. These posters have now been turned into an ​“Action Book”. The purpose is to take this book and either use the posters inside to promote the project, or to pass it on to a local library, school or politician for education purposes. So far over 550 copies have been sold.

In less than a year, the account’s audience has grown to 330,000 on Instagram and six arts institutions across Europe and the UK are currently holding exhibitions from the Action Book. On top of this, the population of Moria 2 has shrunk from 20,000 to 7000.

But it’s still not enough. There are families who have been waiting in limbo for over two years. ​“It’s not going to be easy, in two or three months we’re not going to change the world,” Noemí says, ​“but citizens can change the system and you as an individual, you have a responsibility to do what you can”.