A woman shakily films herself as Kate Bush’s Babooshka wails over the quiet of her surroundings. She’s alone, outdoors and night has fallen. It’s enough to set off alarm bells for anyone familiar with the dangers women face when daring to go outside unaccompanied (in March 2021, it was reported that 71 per cent of women in the UK had experienced some form of sexual harassment in a public place). The camera flips and the new angle brings relief. She’s not alone: a dog at least half her size is trotting ahead. As the caption reads, she’s ​“exercising scary dog privilege to walk alone at night”.

Leave it to TikTok users to find a gag in the grim. Earlier this year, as the memory of Sarah Everard lingered in our minds, women started uploading similar videos of themselves and their intimidating dogs. The TikToks were filmed as a joke, yes, but only one half of the population was in on it. Above Bush’s soaring vocals, the uncomfortable, unspoken punchline rang loud and clear: women across the world feel unsafe. Without protection, be it a ​“scary” dog or a set of keys repurposed as knuckle dusters, we are vulnerable to attack.

That’s the bleak truth. But there’s also a pleasant story to tell here, one of the unbreakable bond between a woman and her dog. On a humid July evening in London, we went on a walk with four female owners of dog breeds that are typically perceived as dangerous – a stigma in itself – to meet their fearless, furry defenders. And as for men? Well, they can keep their paws to themselves. There’s a good boy.

“I got Senna last year when she was eight weeks old. She’s quite protective and territorial. She doesn’t like people being around the house and gets quite mad when kids from other houses play outside our garden. Other than that, she’s a good girl. When I walk her at night, I don’t get any cat calls from men or anything like that. I’ve seen grown men pin themselves to the wall when we walk past, trying to get as far away as possible.” 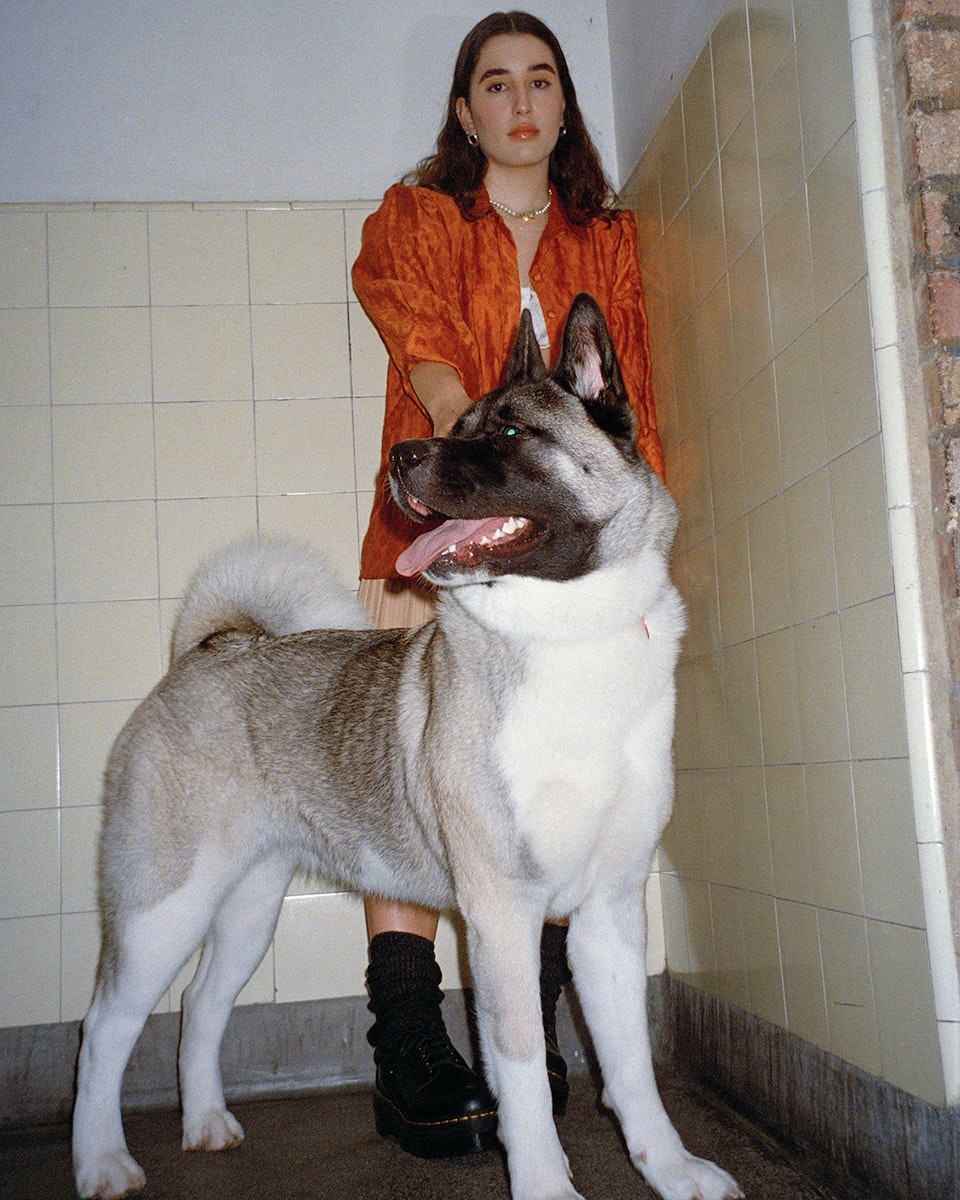 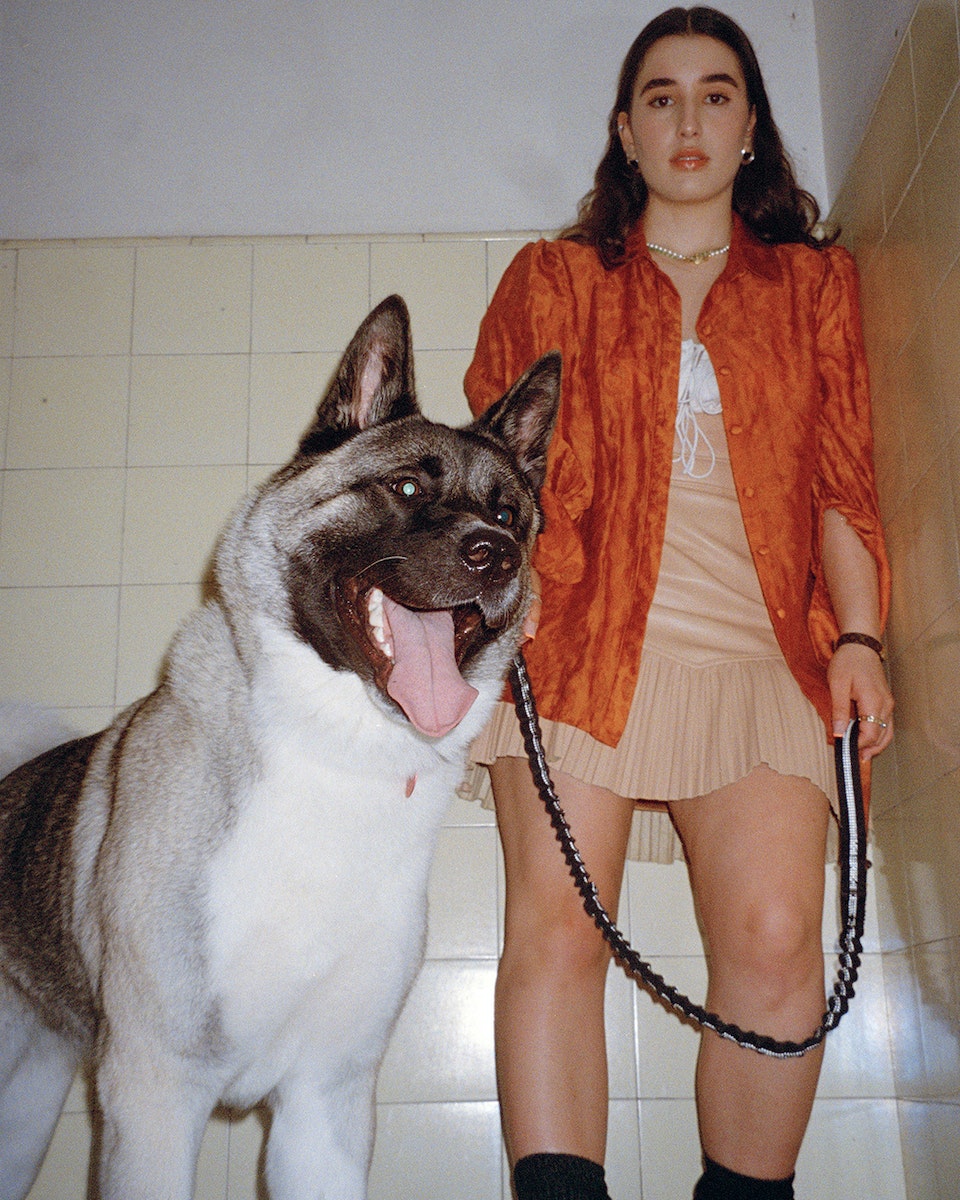 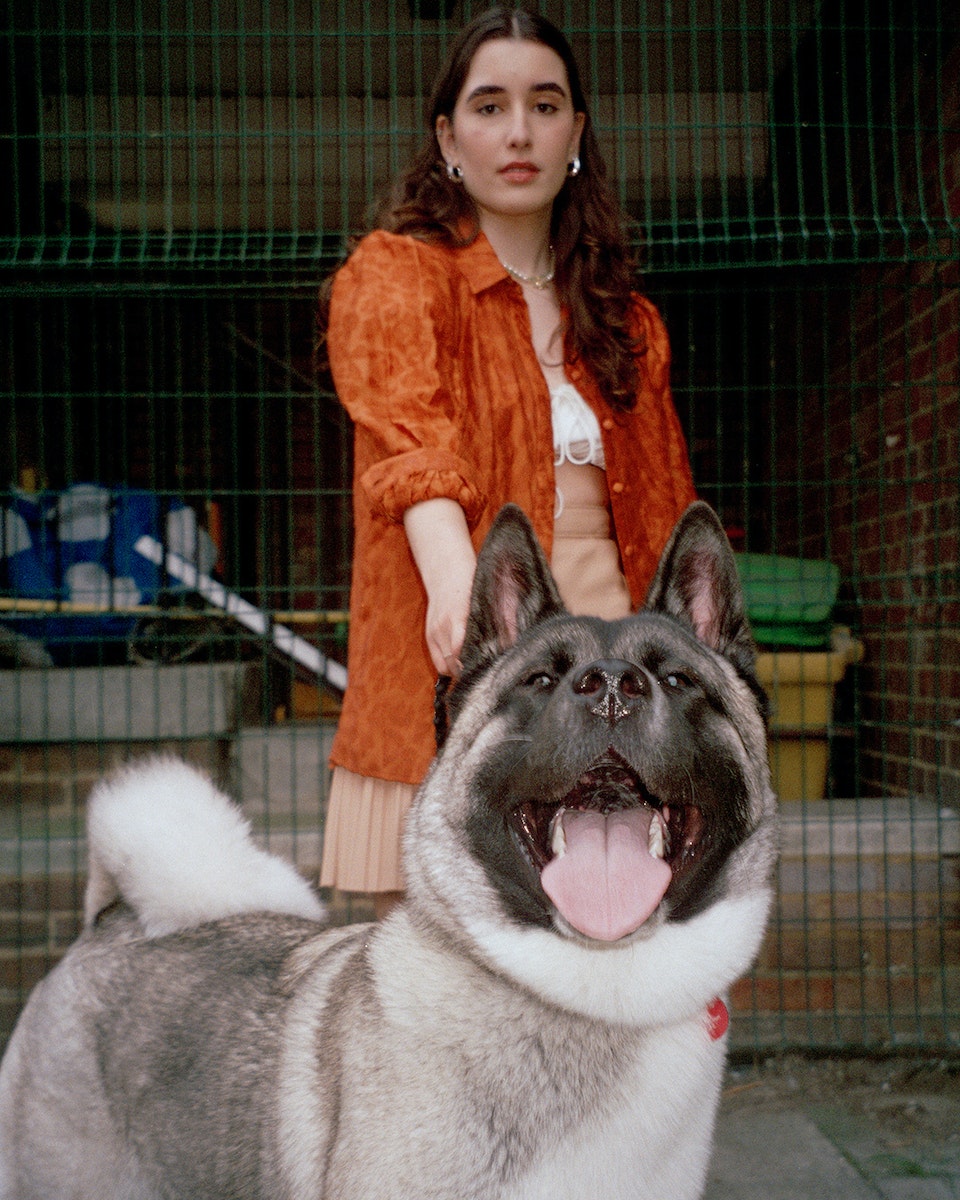 “I got Bruce just before lockdown from a rescue charity in Leeds. It wasn’t a thing of, ​‘What’s the breed? What’s his age?’ He was in a lot of danger and I needed to rescue him. If people see me walking with Bruce, I’d say 70 per cent of them will cross the road or change routes. I’ve even had people scream ​‘Get that dog away!’ at me. I feel like no one would mess with me when Bruce is around. In my local area, there were reports of a man exposing himself to women along a route I walk almost every day. I thought, ​‘If this person were to actually come over to me, I’d just run after him with my dog.’ That’s how empowered I feel.” 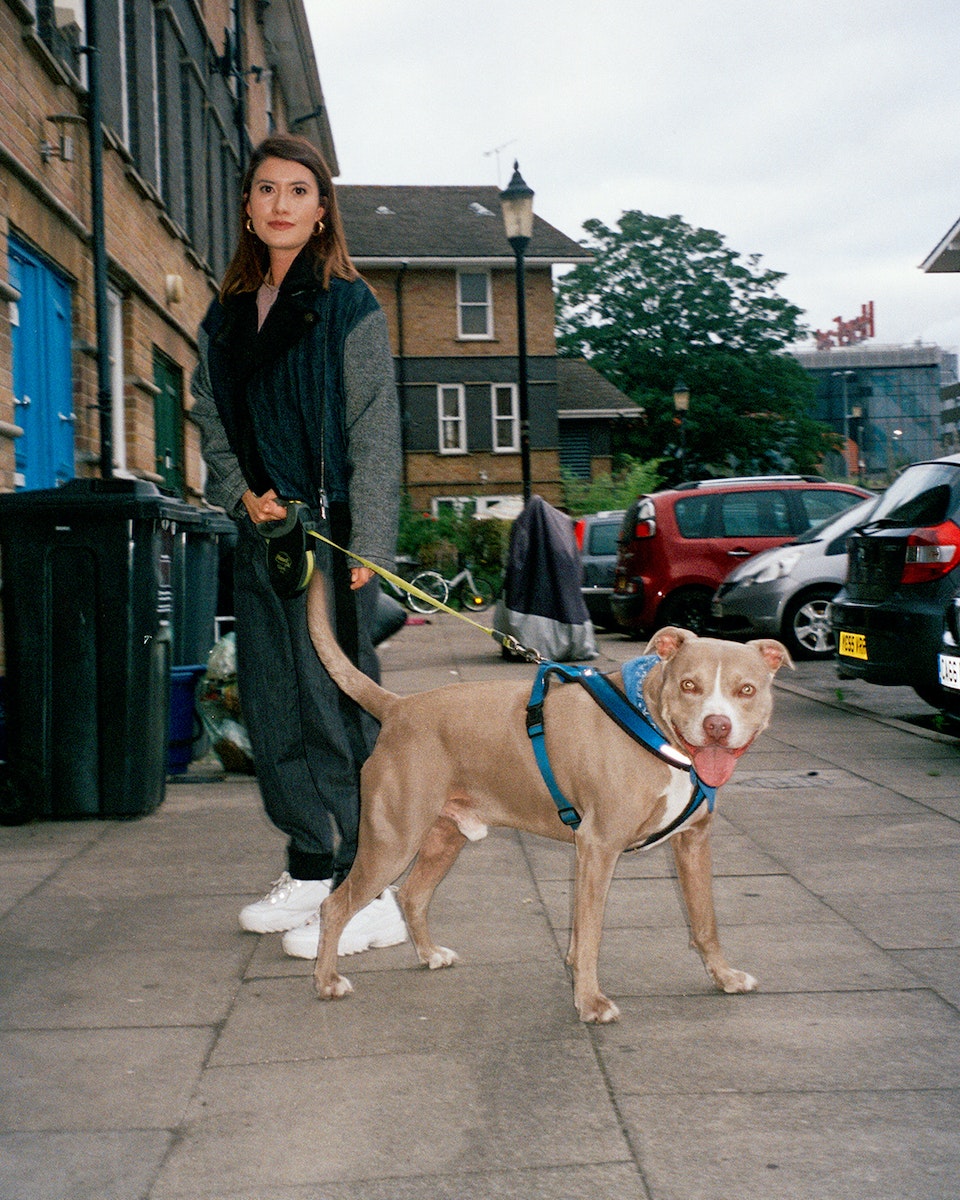 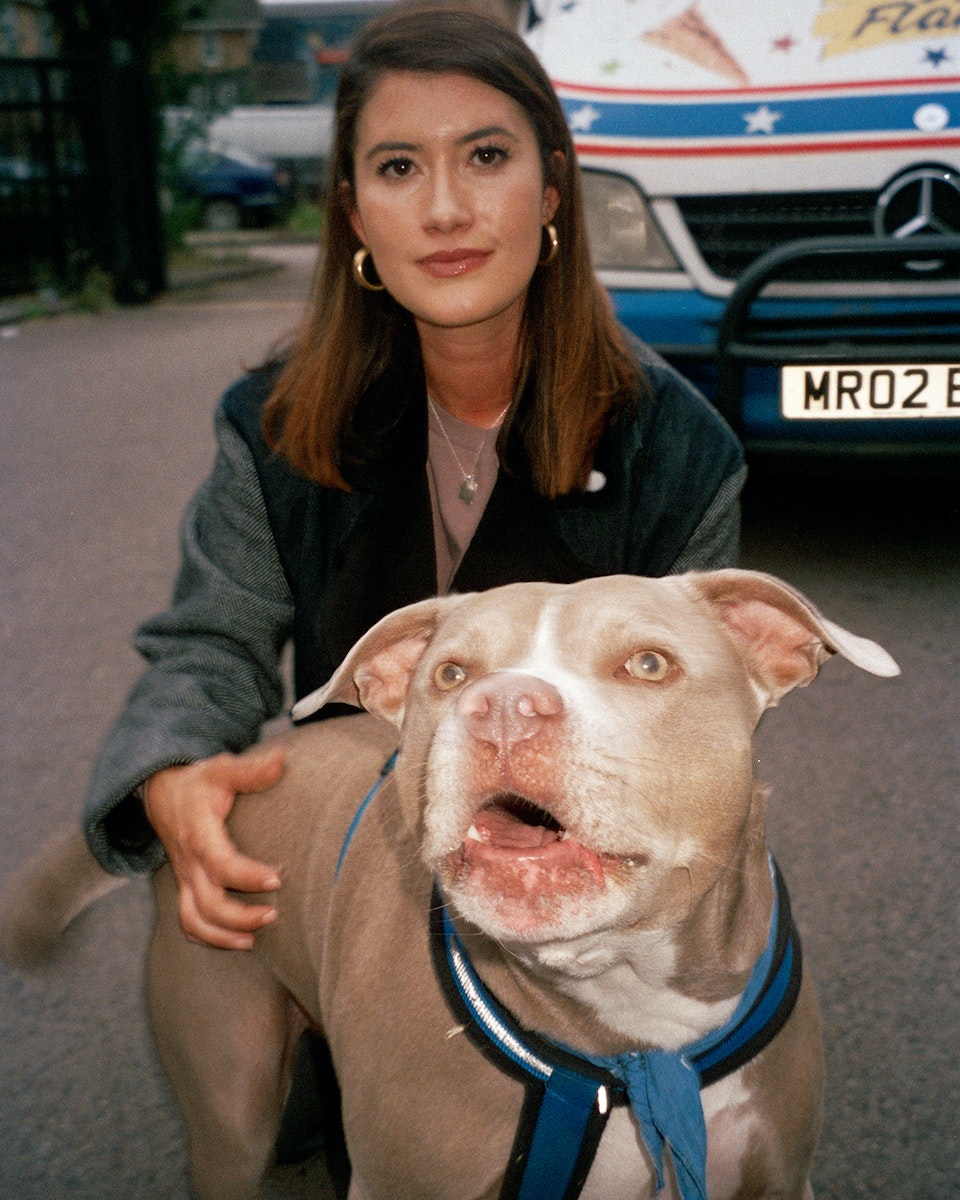 “I’ve had Ernie for three years now. I love bully breeds. I had a Staffy, Percy, for about 15 years, but he died in January. Ernie’s the sweetest dog ever. I do feel safer walking along the streets with him, as I think he’s a deterrent, but if someone did try to attack me I don’t think he’d even know how to attack back! He’s a very Marmite dog. People either love him, and ask loads of questions, or literally walk across the street. People also always ask me if I own him. I don’t think they expect a woman to own a dog like this.” 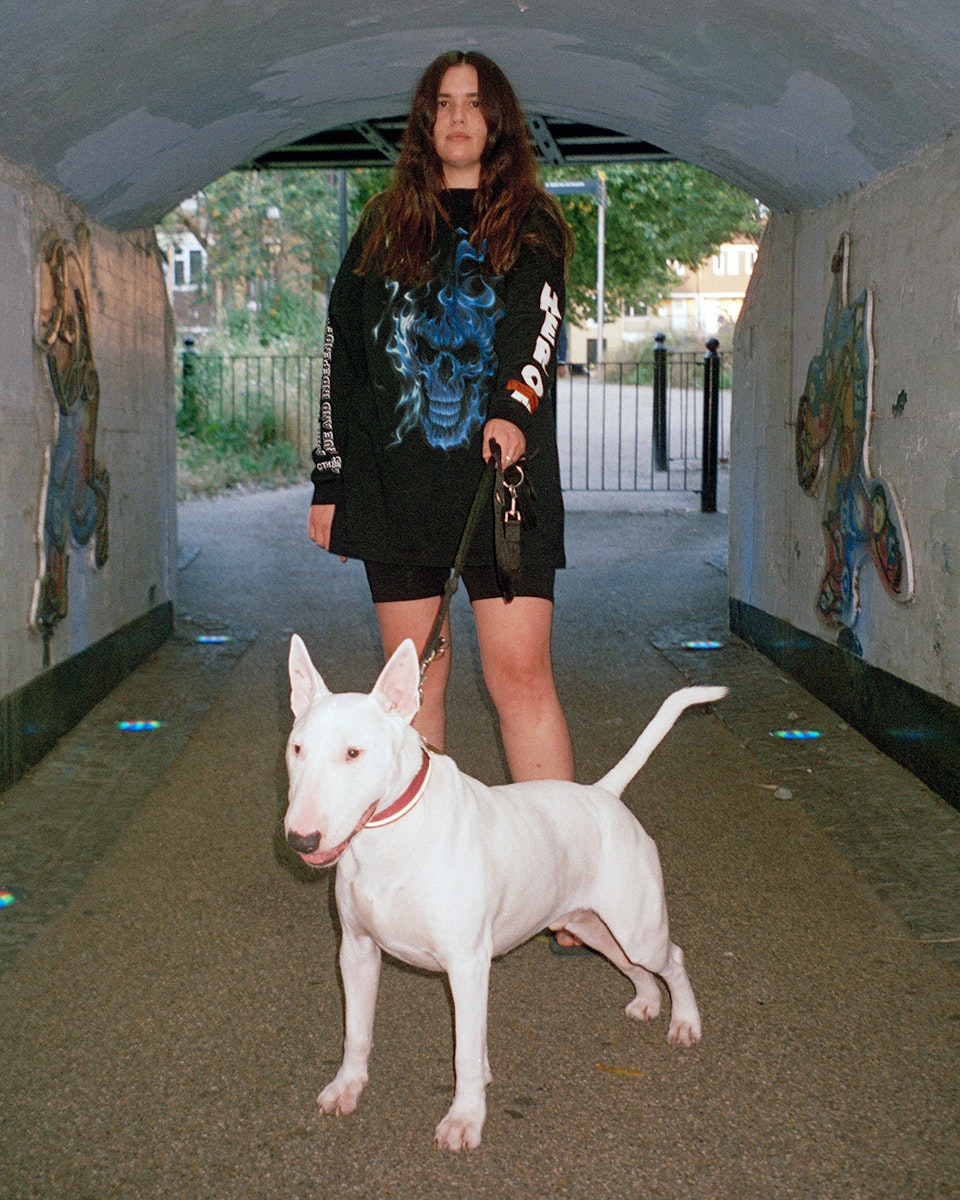 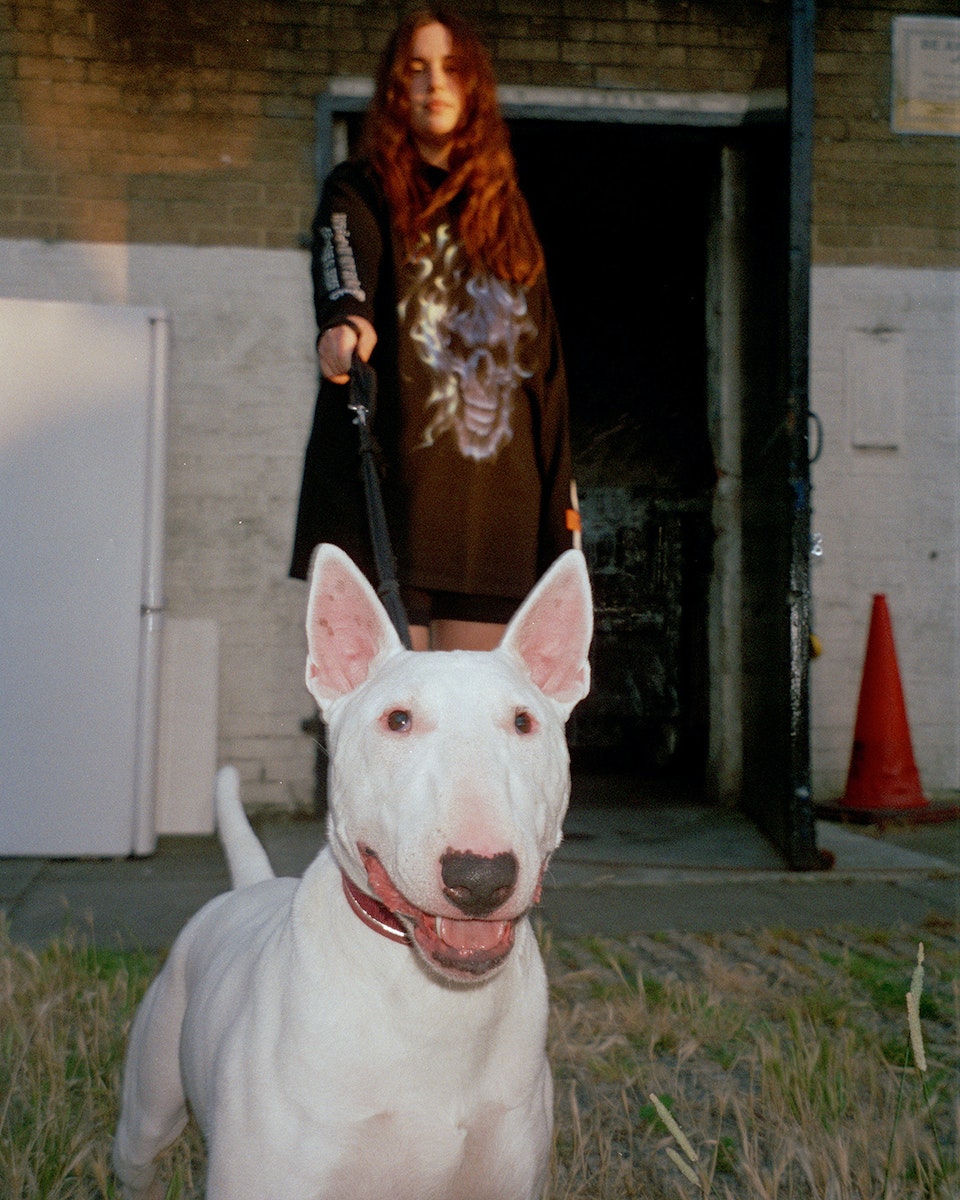 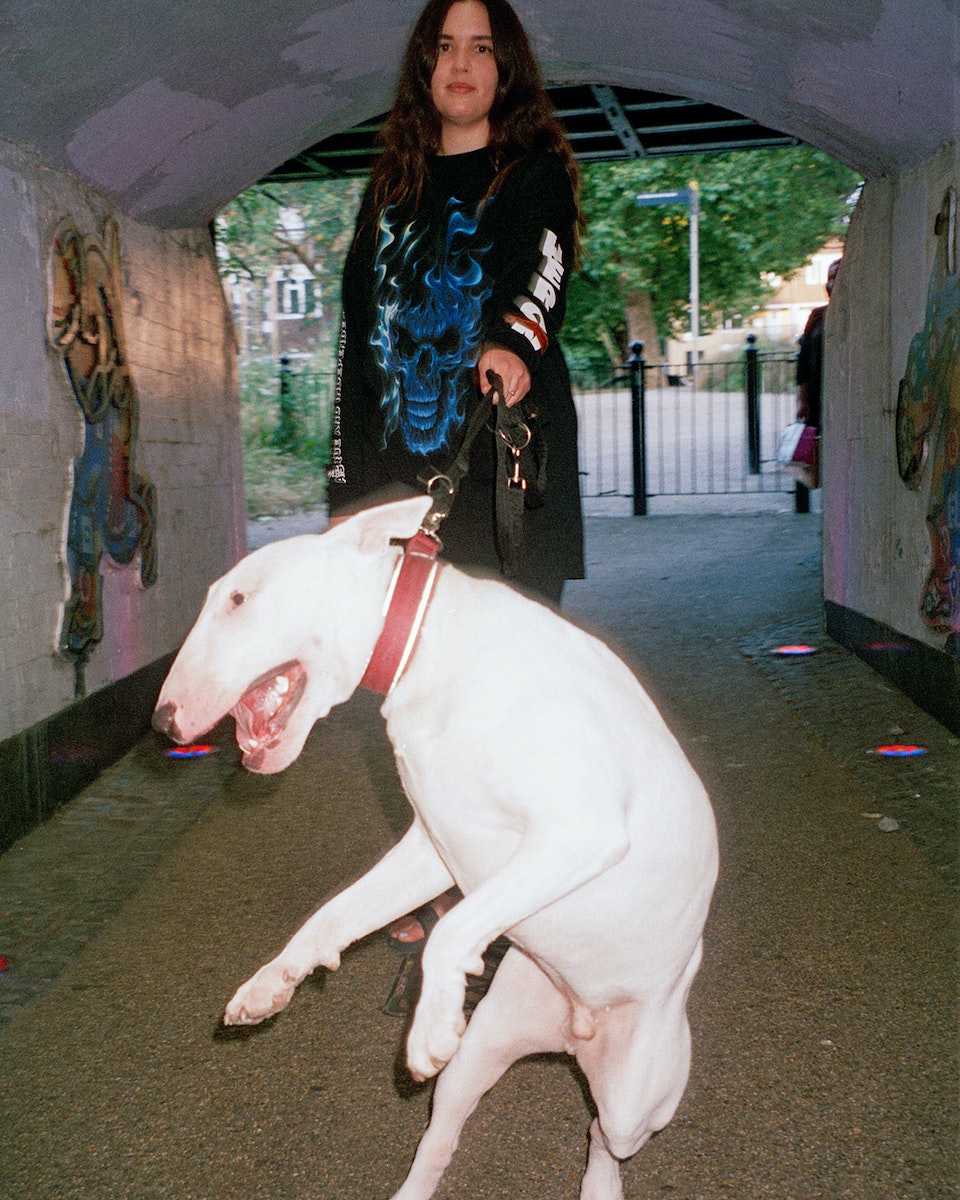 “I got Hudson when he was eight weeks old in early September last year. I’d always wanted a rottie and, because I’d just finished uni, it was a good time. How scary is he? Minus 10. He can look quite intimidating, but I don’t see it because his ears are always back and he looks happy. Some people are so dramatic with their reactions to him. It’s like you’re walking with a dinosaur. Because it’s so hot at the moment, I’m walking him really early in the morning or quite late at night and I feel perfectly safe. When he was little, I was so worried about him being stolen. But now that he’s big, the roles have reversed. He looks after me.” 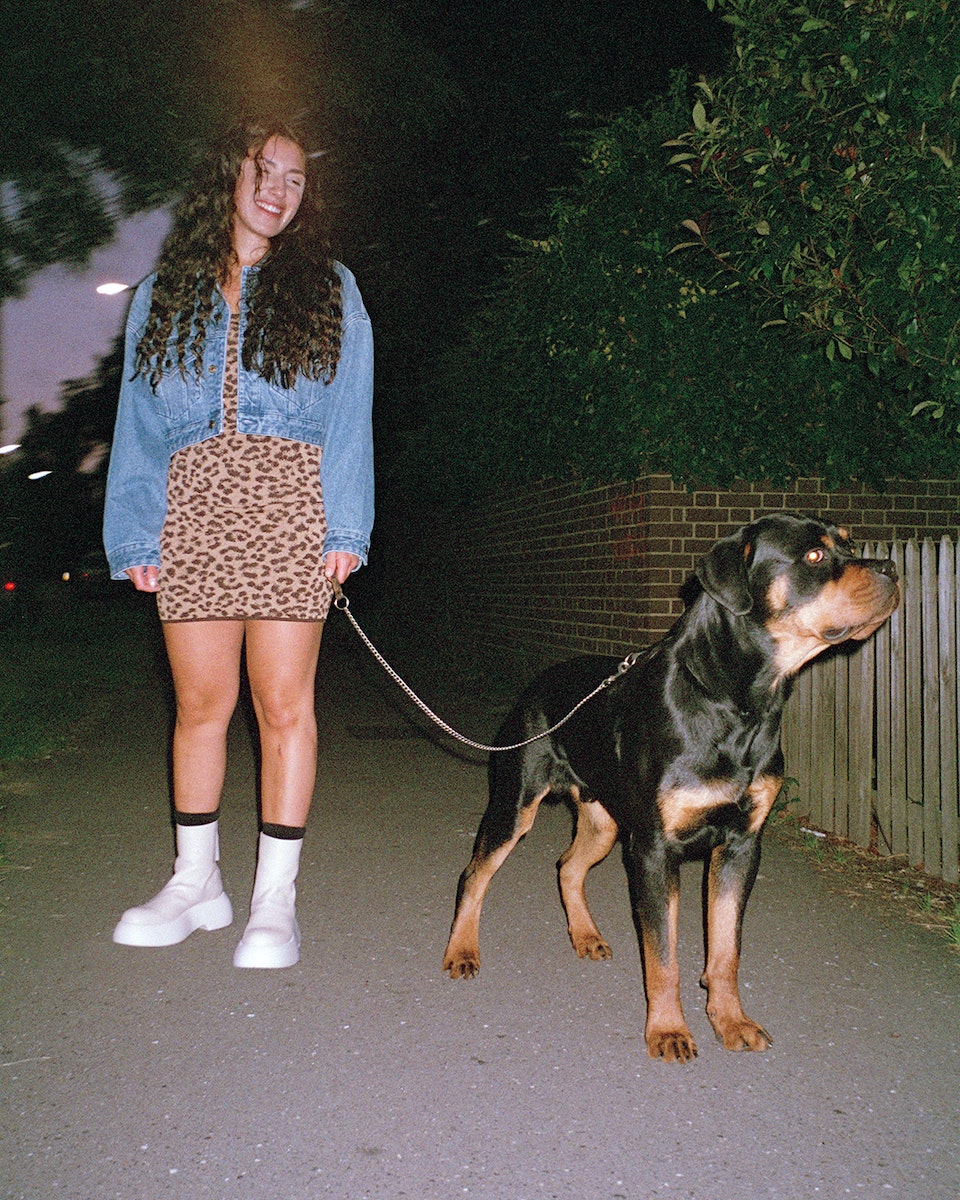 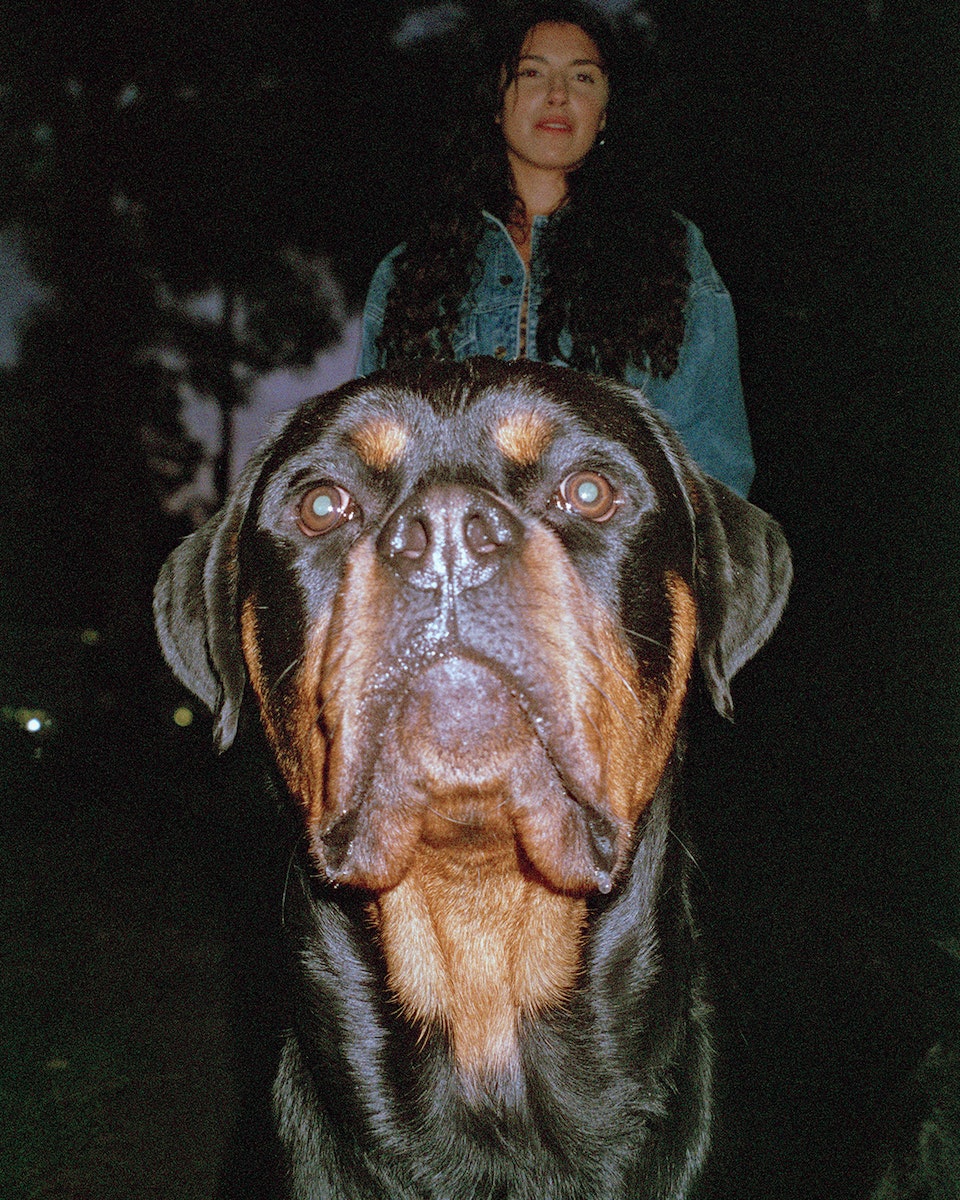 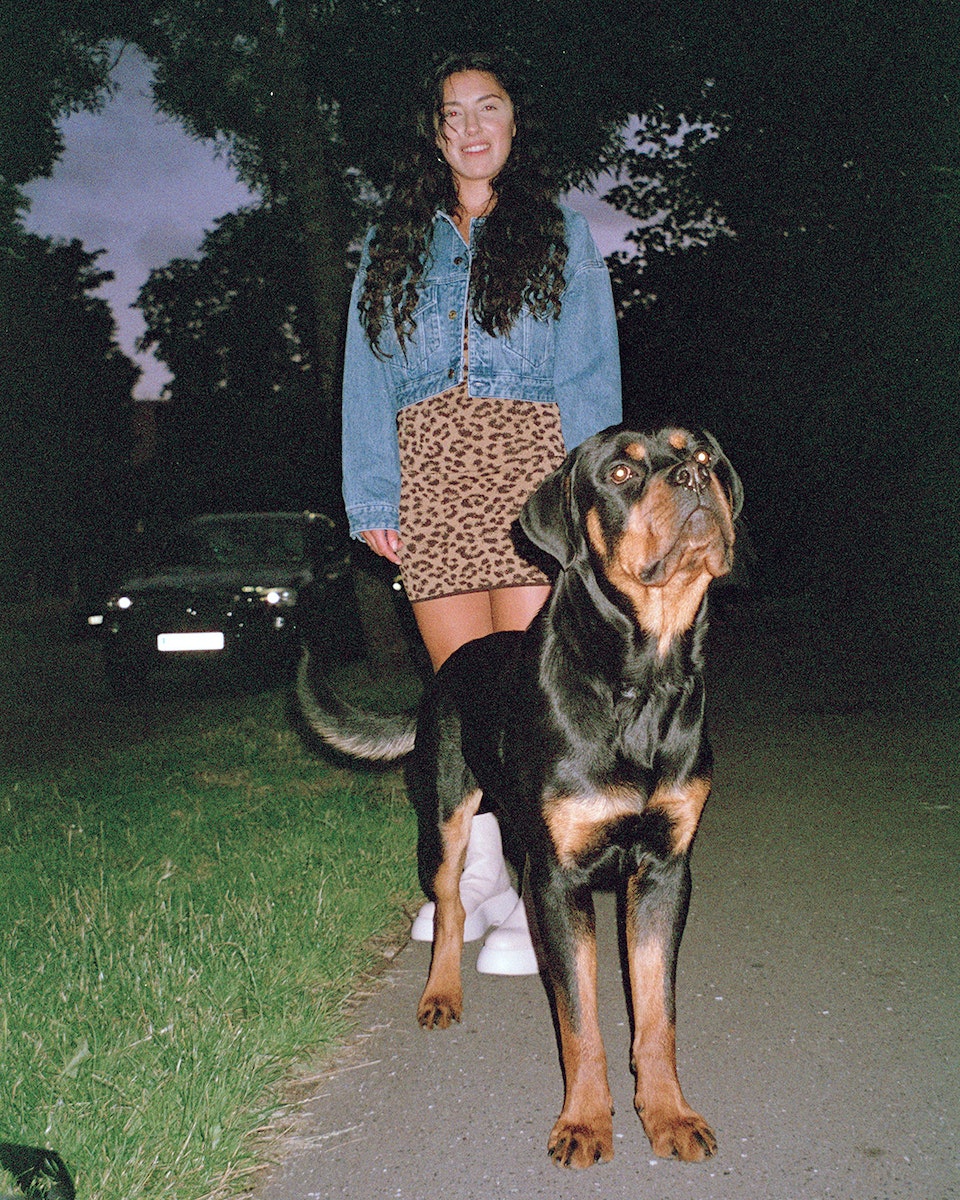