Last week, news emerged that a 15 year-old Black girl had been strip-searched by police officers while on her period at school, after teachers claimed they smelled weed on her. The girl (known as ​“Child Q” to protect her identity) suffered emotional distress, and an official review said that it was clear that the search ​“should never have happened and there was no reasonable justification for it”. This was, however, only the latest in a string of racist and misogynistic incidents within the Met.

On Friday, reactionary protests took place across East London, with around 300 people marching from Stoke Newington Police Station to Hackney Town Hall. They held placards with messages such as ​“Decriminalise the classroom” and chanted ​“Racist cops, out of schools”. It was organised by Hackney Cop Watch, a community project pushing to end the culture of police-led violence and abuse.

Blocking off the road in front of the police station, speakers at the demo included youth workers, activists and children who urged that the school’s teachers be held to account. ​“We are disgusted, and it was wrong. She didn’t deserve that. She’s still going through the pain and the trauma of it all,” one said. ​“It shouldn’t happen to any child, no matter what their race is. It should never happen again,” said another. 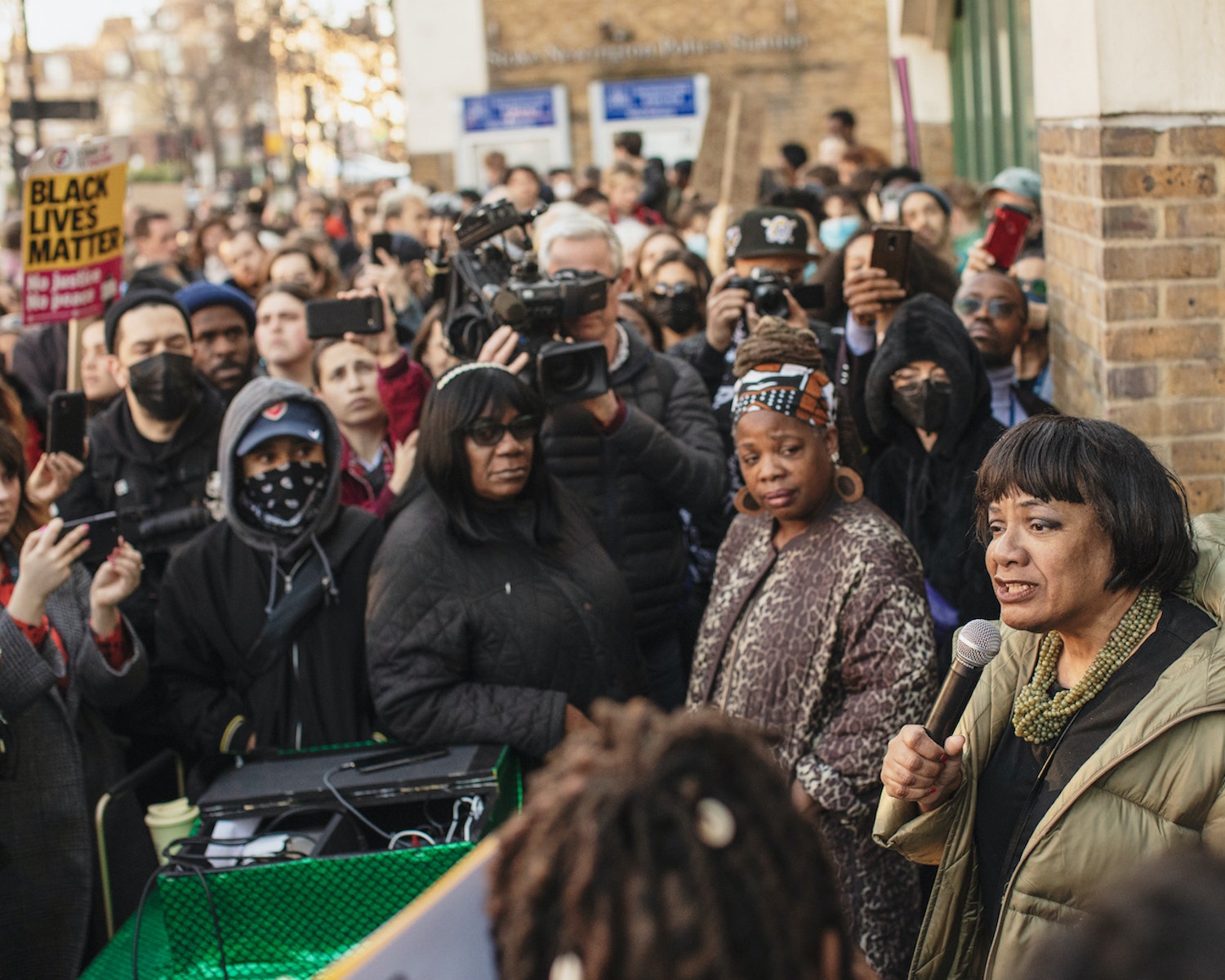 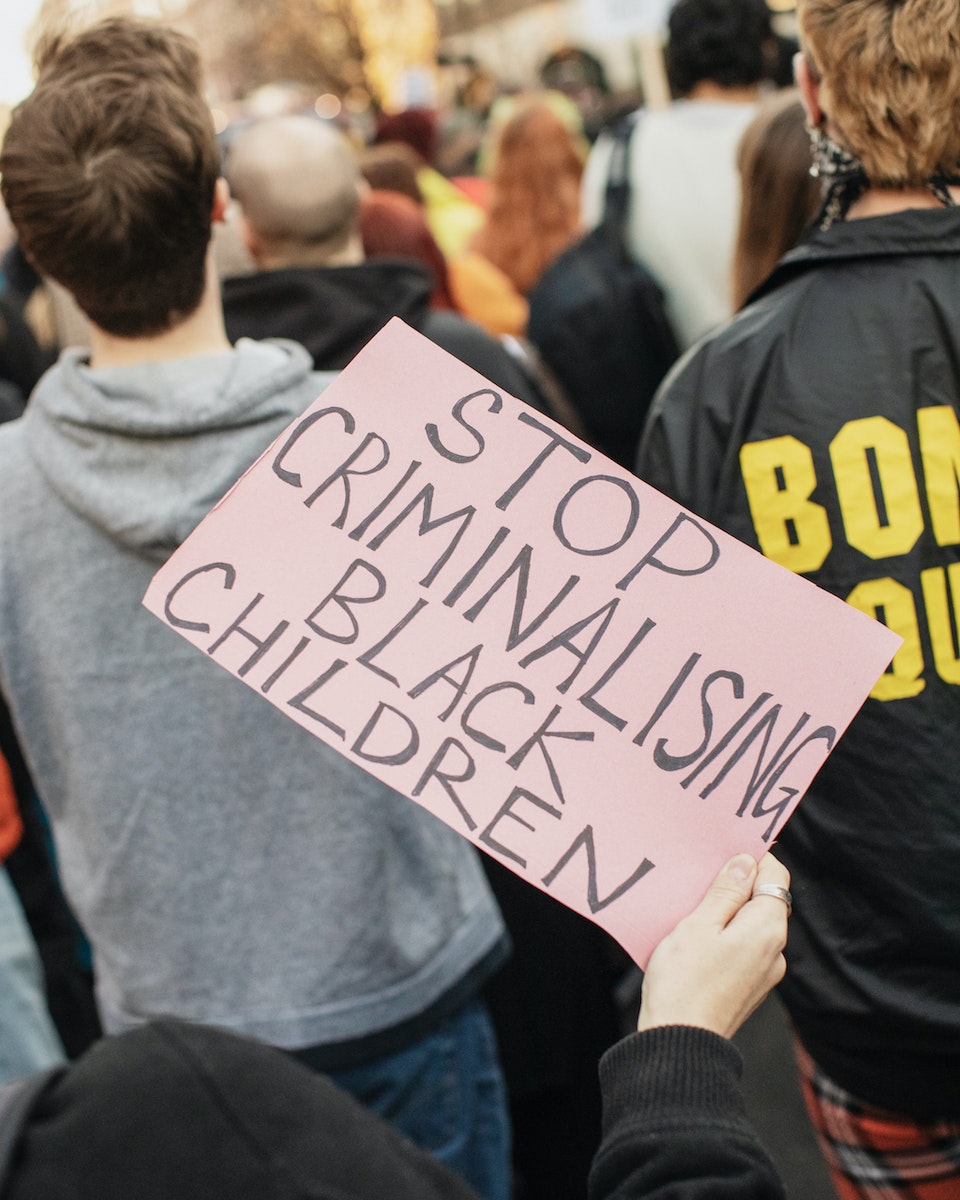 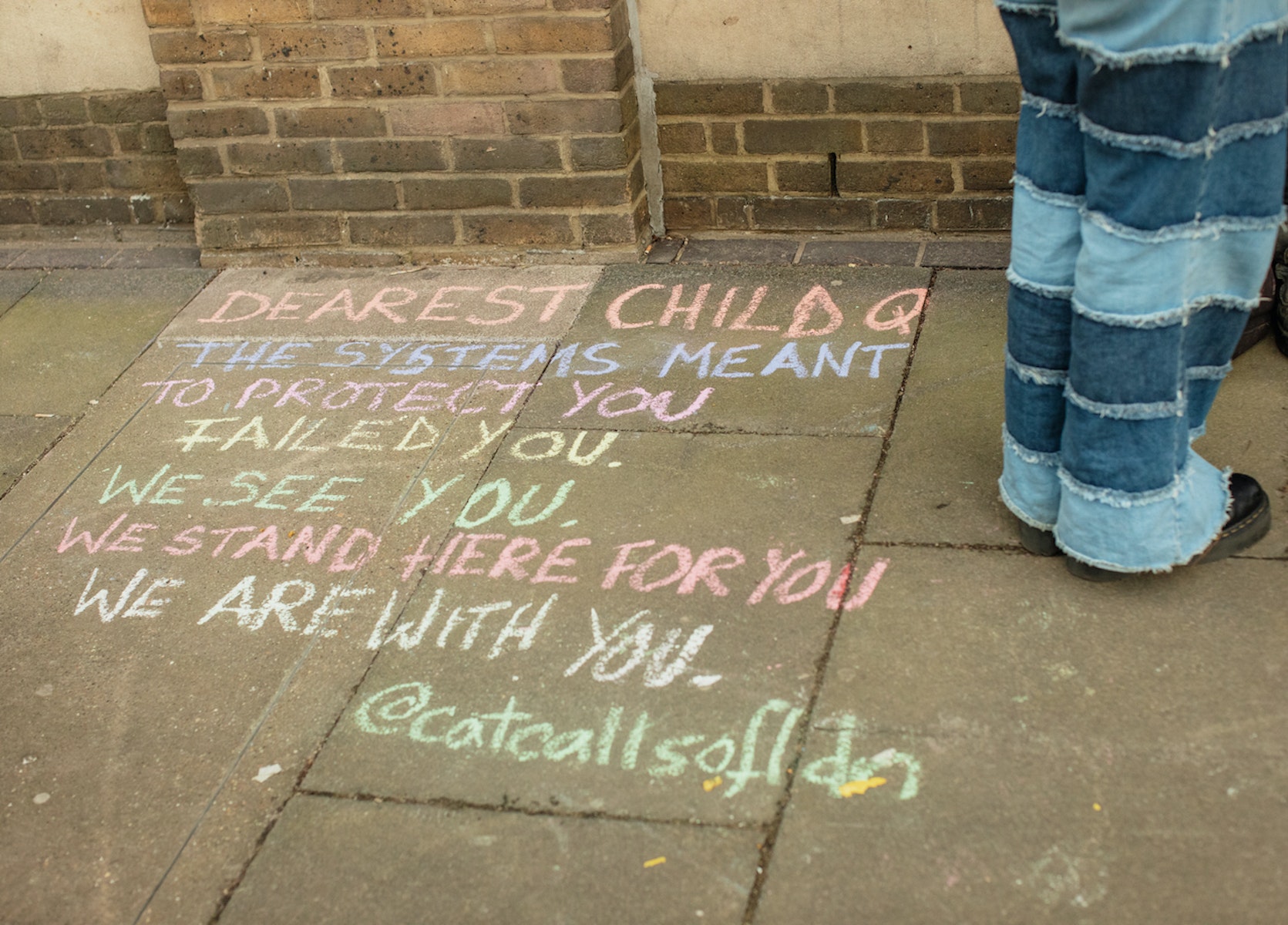 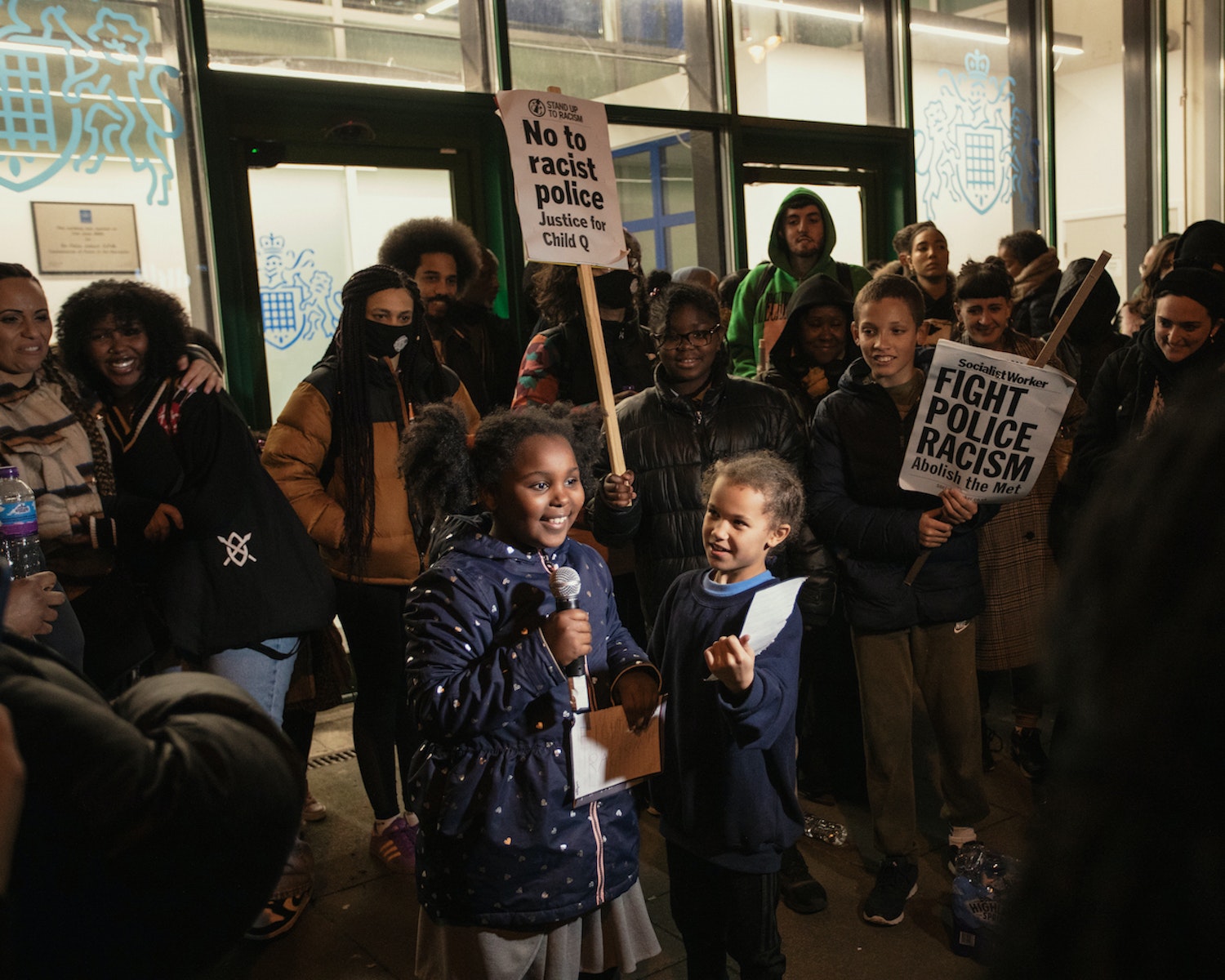 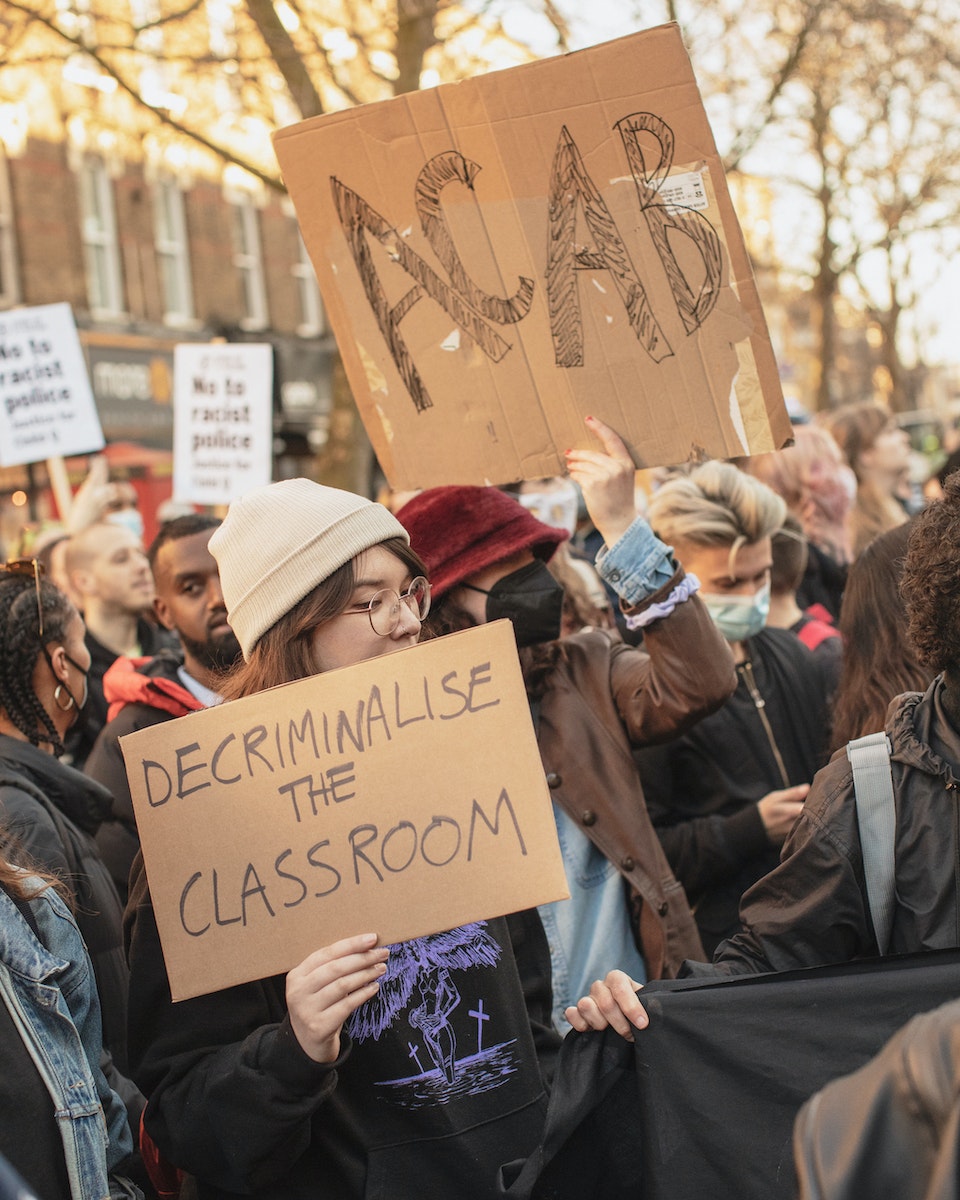 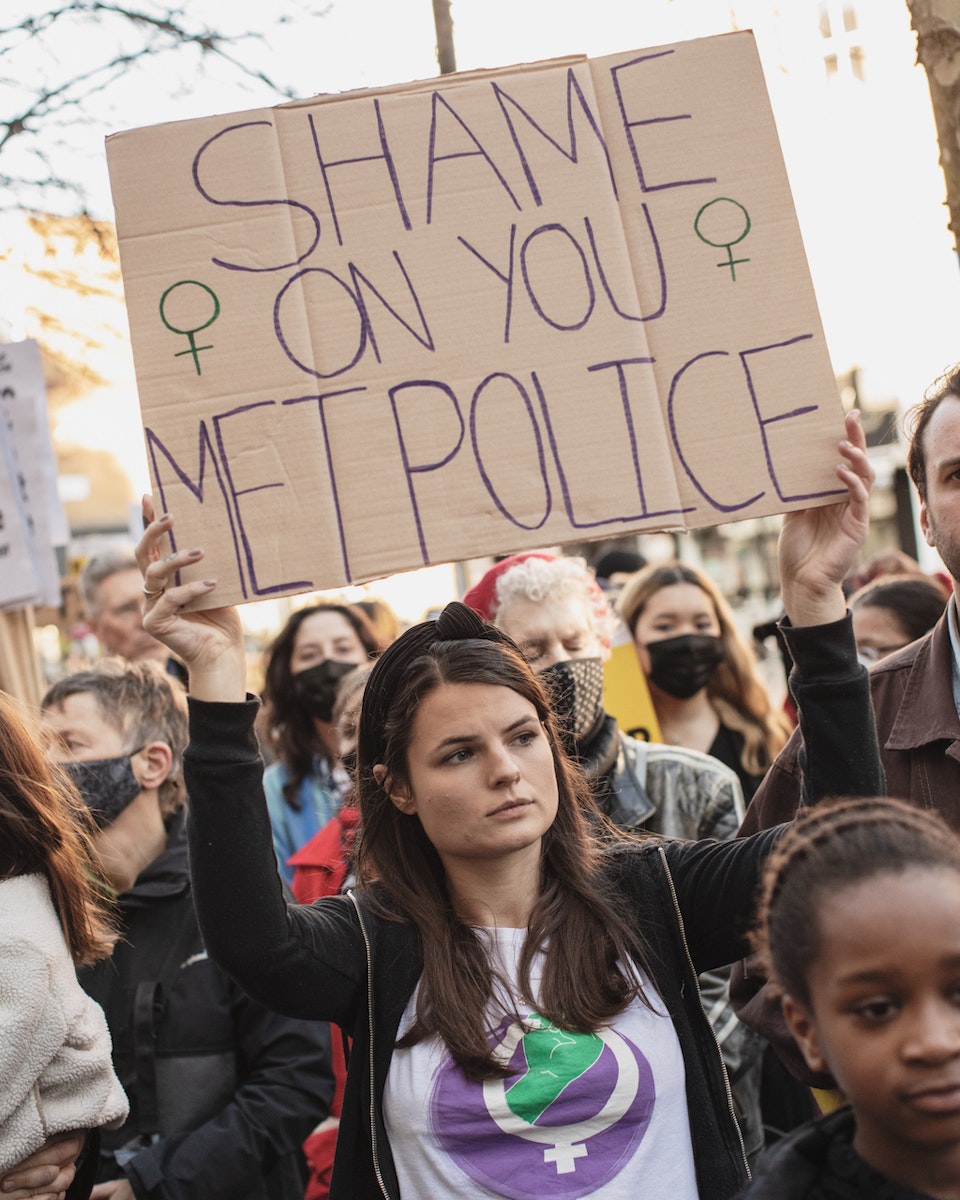 Another of the demonstrators was Diane Abbott, who called for ​“some sort of sanction on the police officers” in a speech to the crowd. ​“What kind of teachers call the police on a schoolgirl because they think they’ve smelt cannabis?” she told reporters.

At the Hackney school where the incident happened, students from year 11 organised their own protest, with the whole year going on strike. ​“We made sure at the end of the protest the headteacher said something. But it wasn’t worthy,” one said. ​“We want to see change and see that teachers actually care.”

The protest ended peacefully at around 7pm. As well as London, gatherings of resistance and solidarity took place across Britain over the weekend, including in Manchester. Petitions are circulating online calling for no police in schools which, given the statistics that 25 other children were strip-searched in Hackney schools last year, are more important than ever to get behind.