Yesterday, the Royal Mint’s newly commemorated David Bowie coin ascended 35,656 metres into space. Talk about a Space Oddity. But it’s an apt tribute to an artist capable of transcending this world, nevertheless. It seems fitting, though, that during a year in which we’re all desperate to escape to an out-of-this-world realm free of, well, the pandemic, Kim Jones, artistic director of Dior Men’s, took this as his cue for his AW21 show. Today, he presented a funkified version of the otherworldly galaxies hanging above our heads, blasting us head-first for a total of 10 minutes.

Opening with a Big Bang, the blacked-out room was transformed by projections of pinky clusters of stars. Impressive. But it was the unmistakable purr of Deee-Lite singer Lady Miss Kier’s ​“how do you say, Dioooor” that set the tone for what played out as a hypercoloured, hyperreal show. Jones enlisted the ​’90s house extraordinaire to remake their 1990 classic dancefloor hit, What Is Love, replacing ​“Deee-lite” with ​“Dior”. In a year of dancefloor-less weekends, and cancellations of just about every shindig worth shaking a leg at, the marrying of heady pop culture and the collective feelings of the world-right-now was apparent from the get-go. 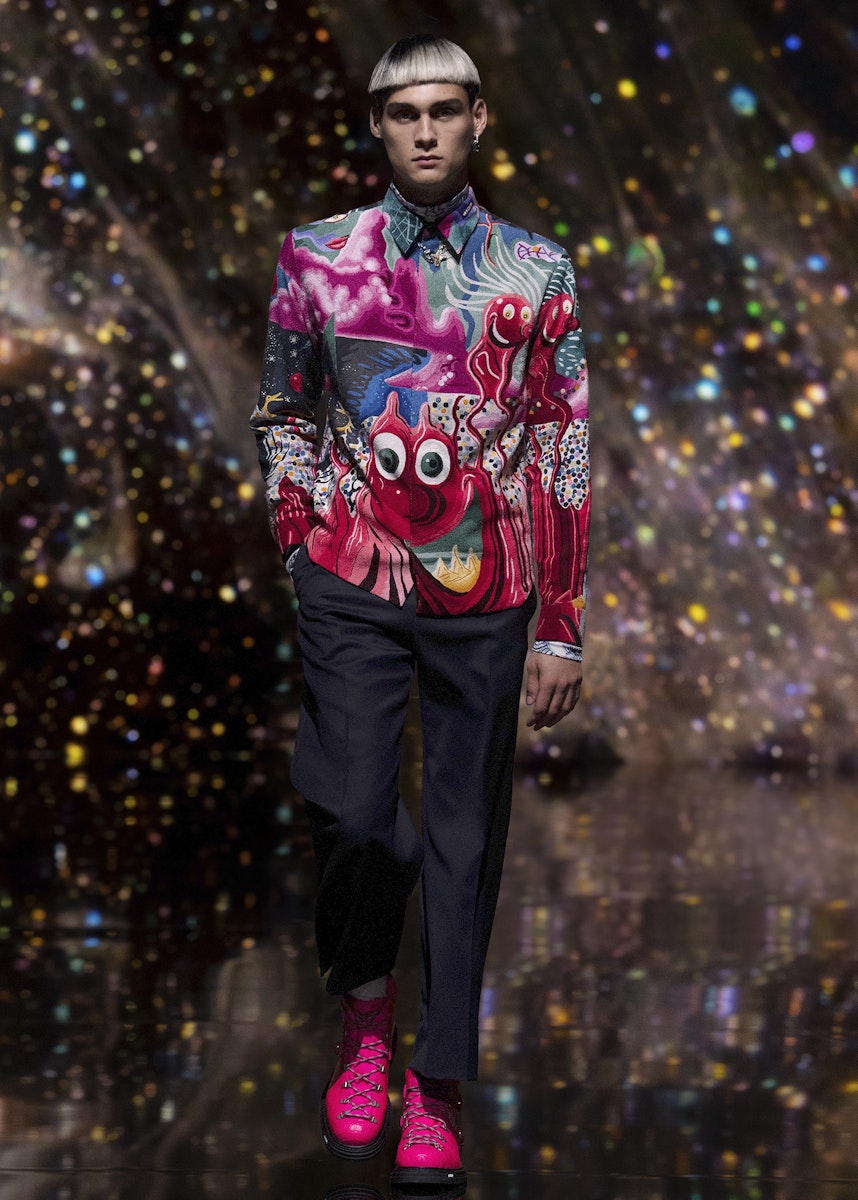 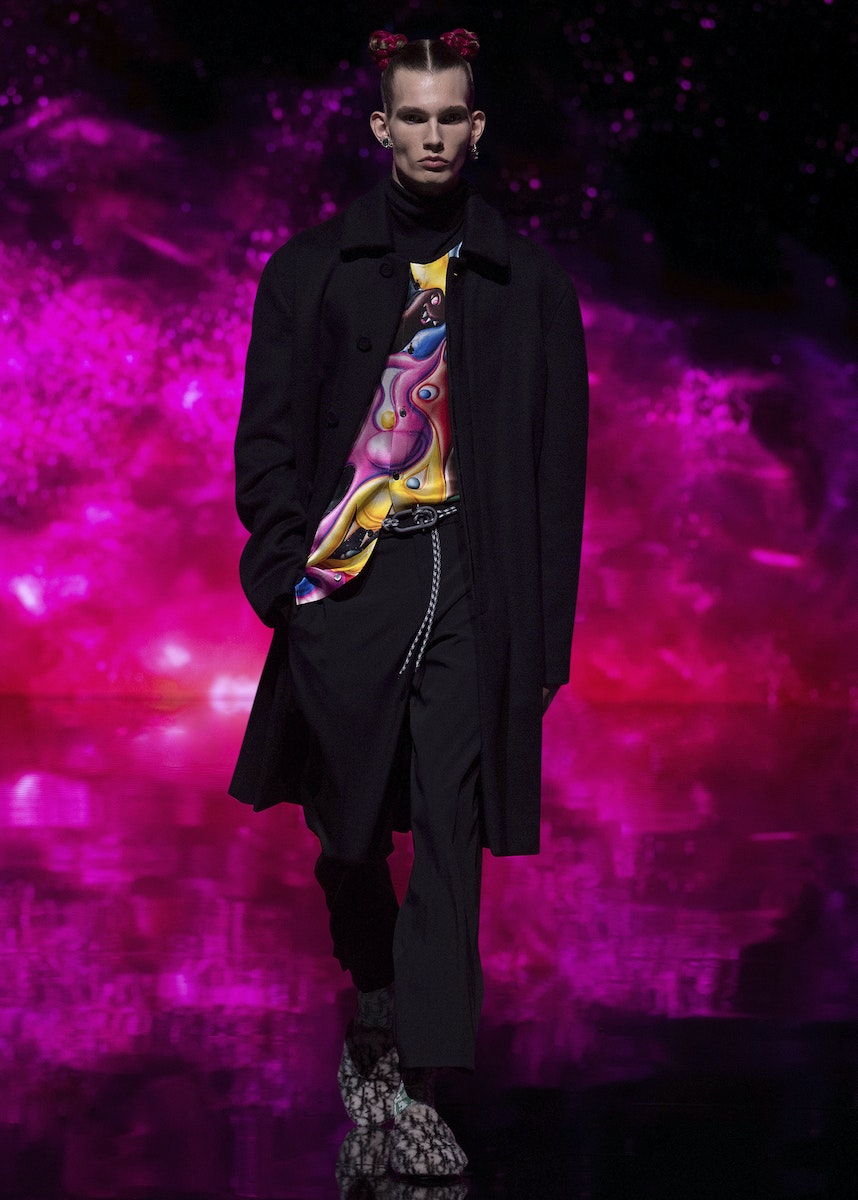 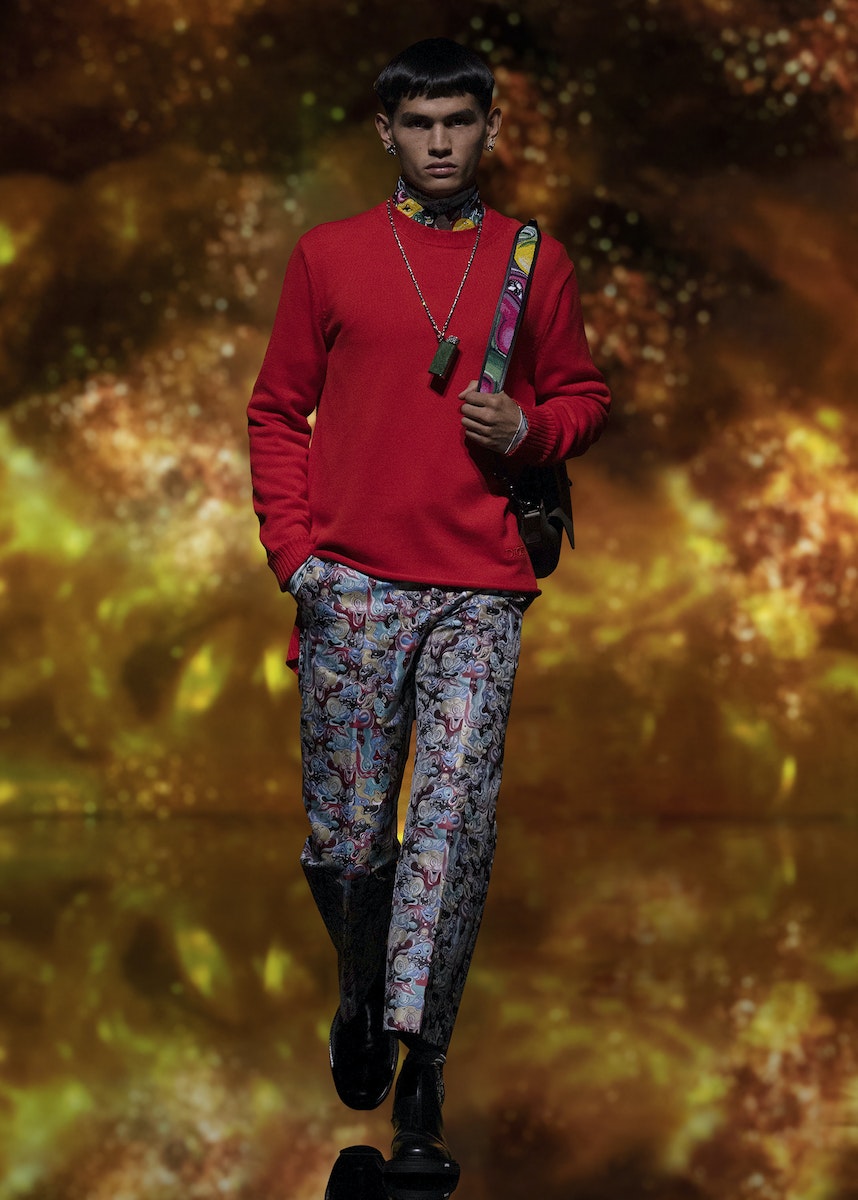 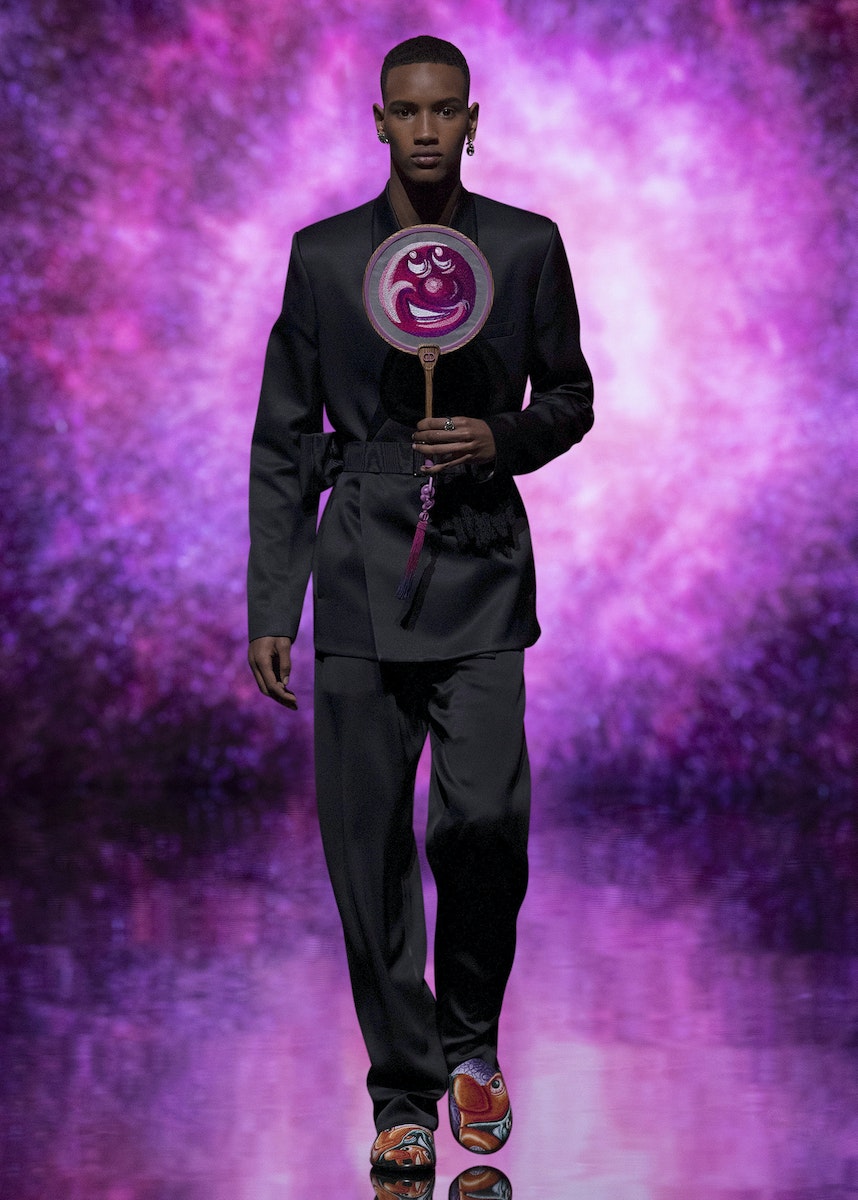 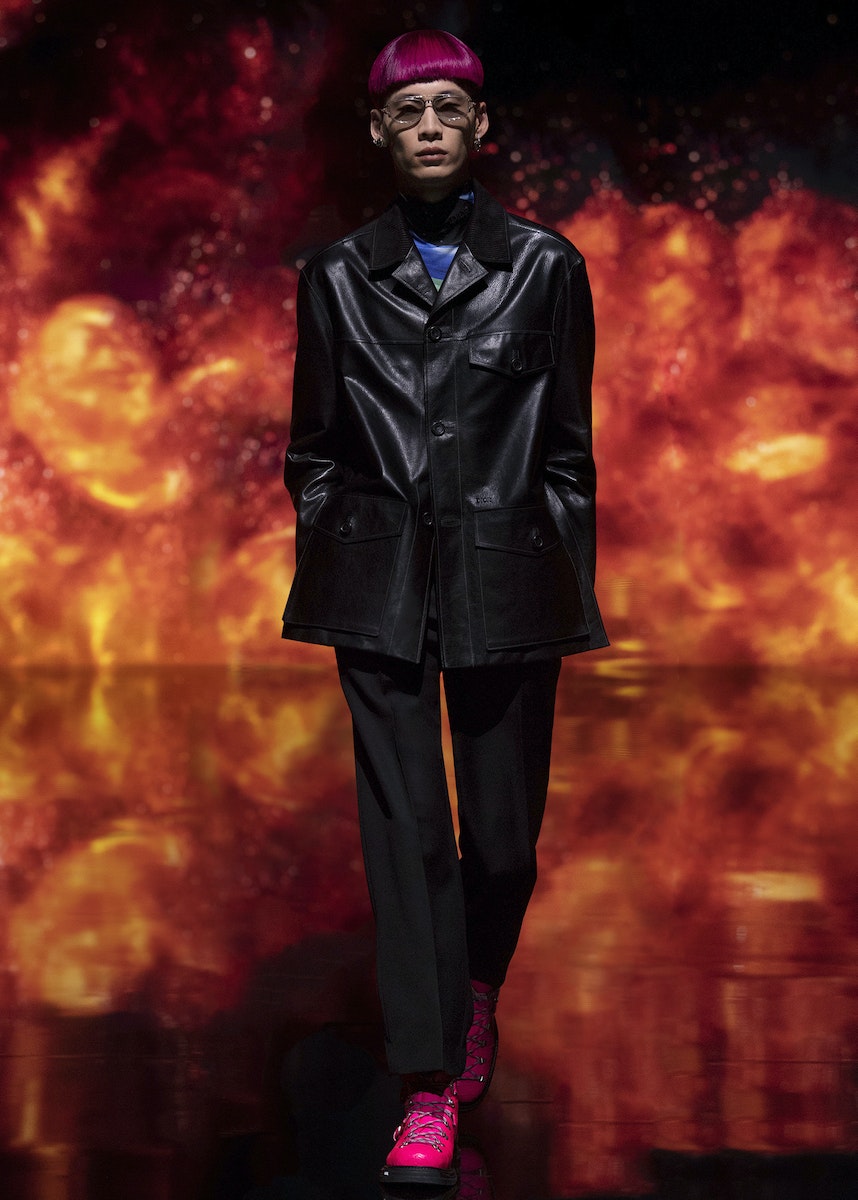 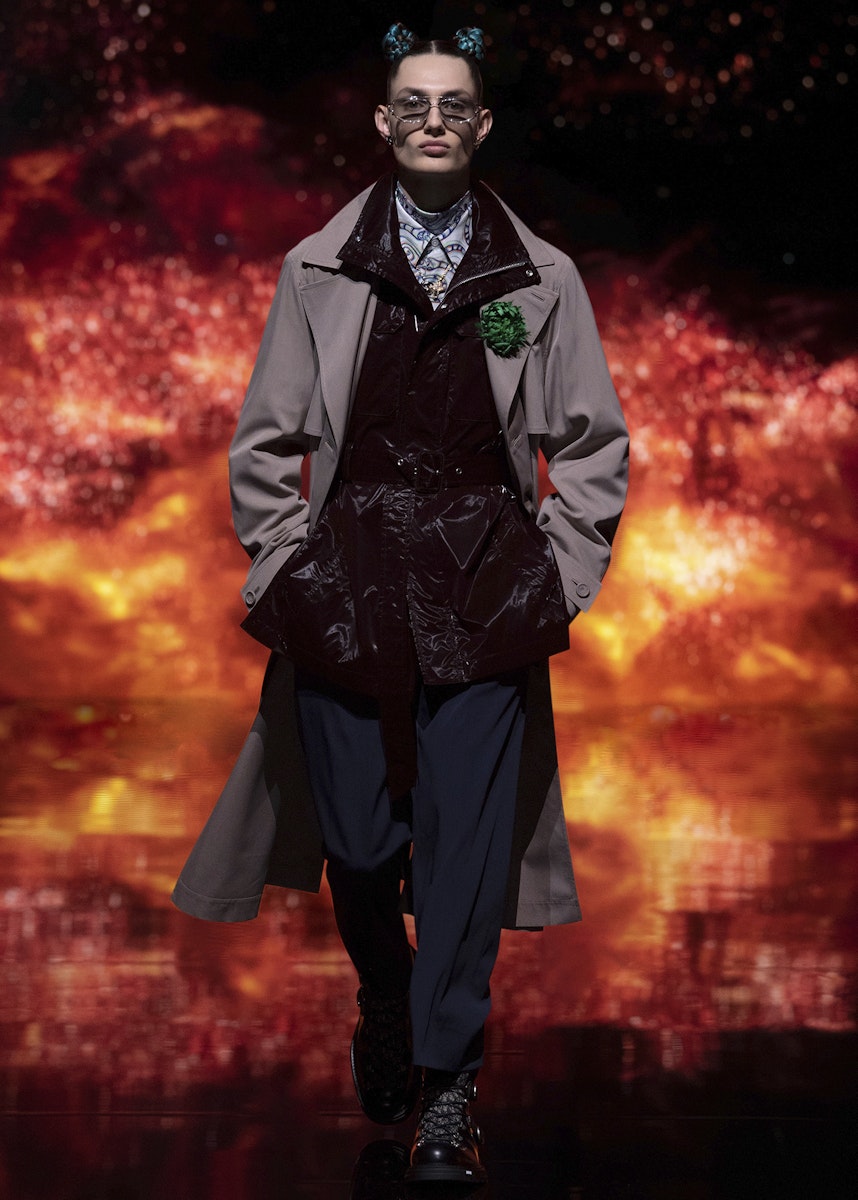 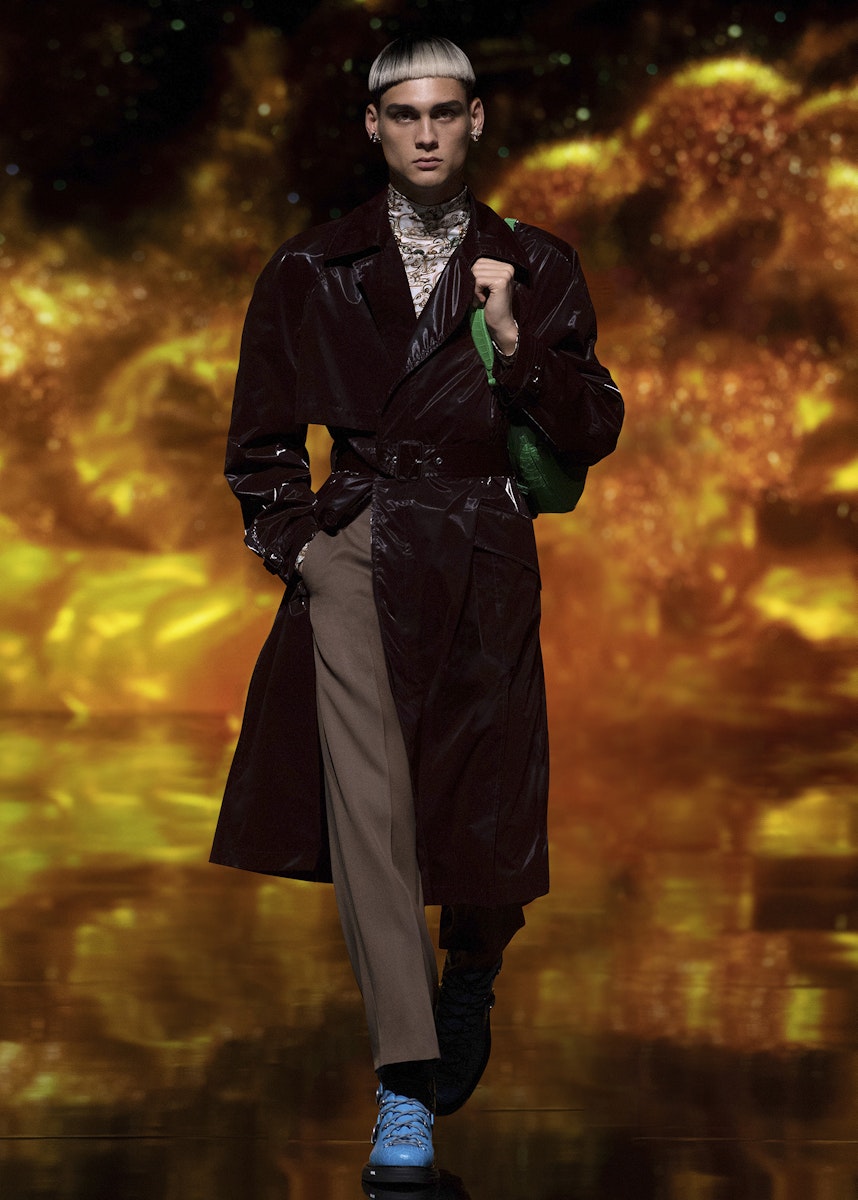 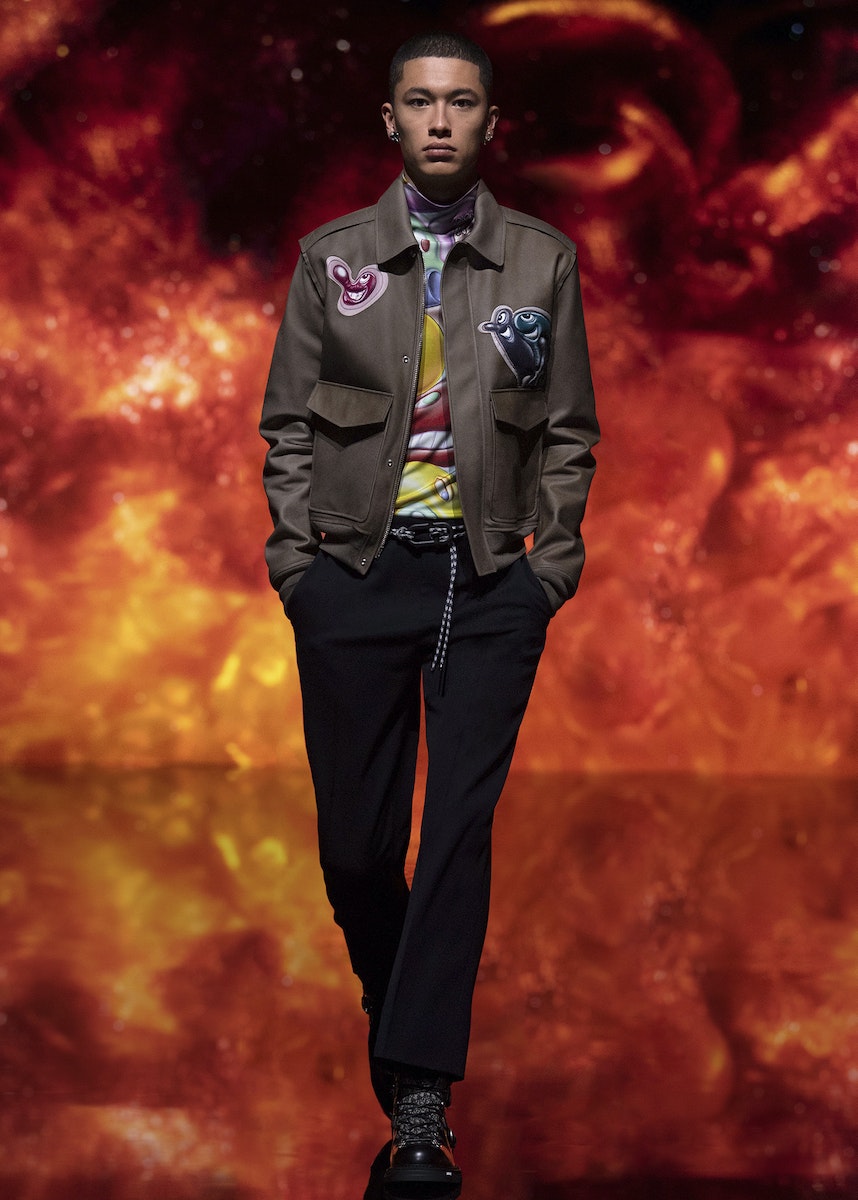 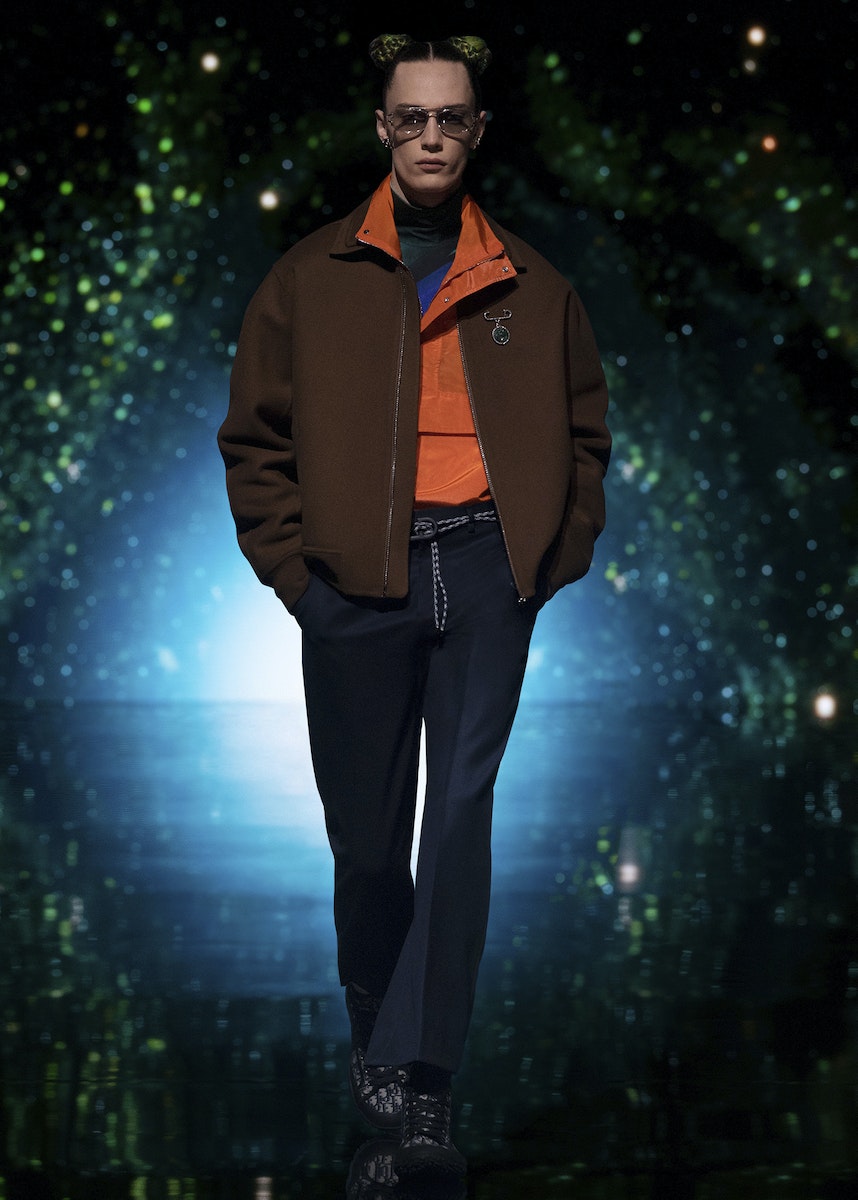 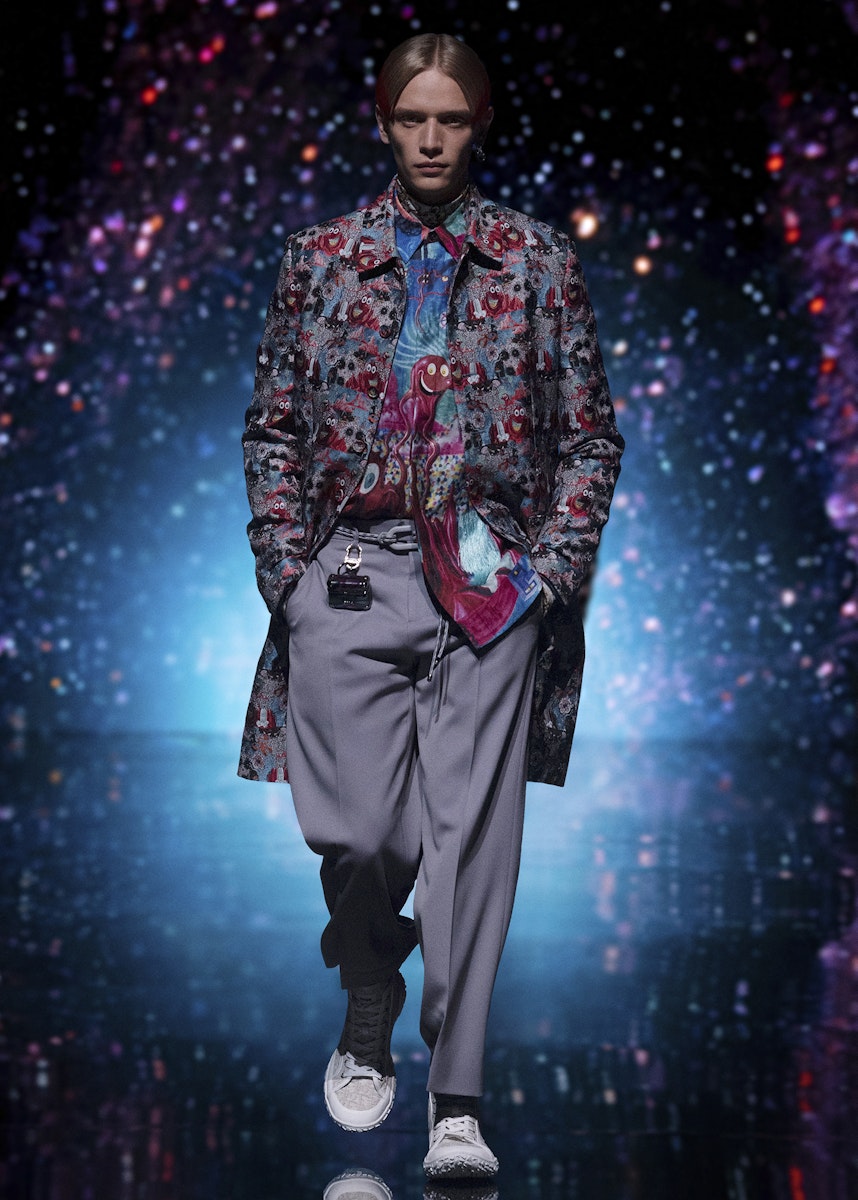 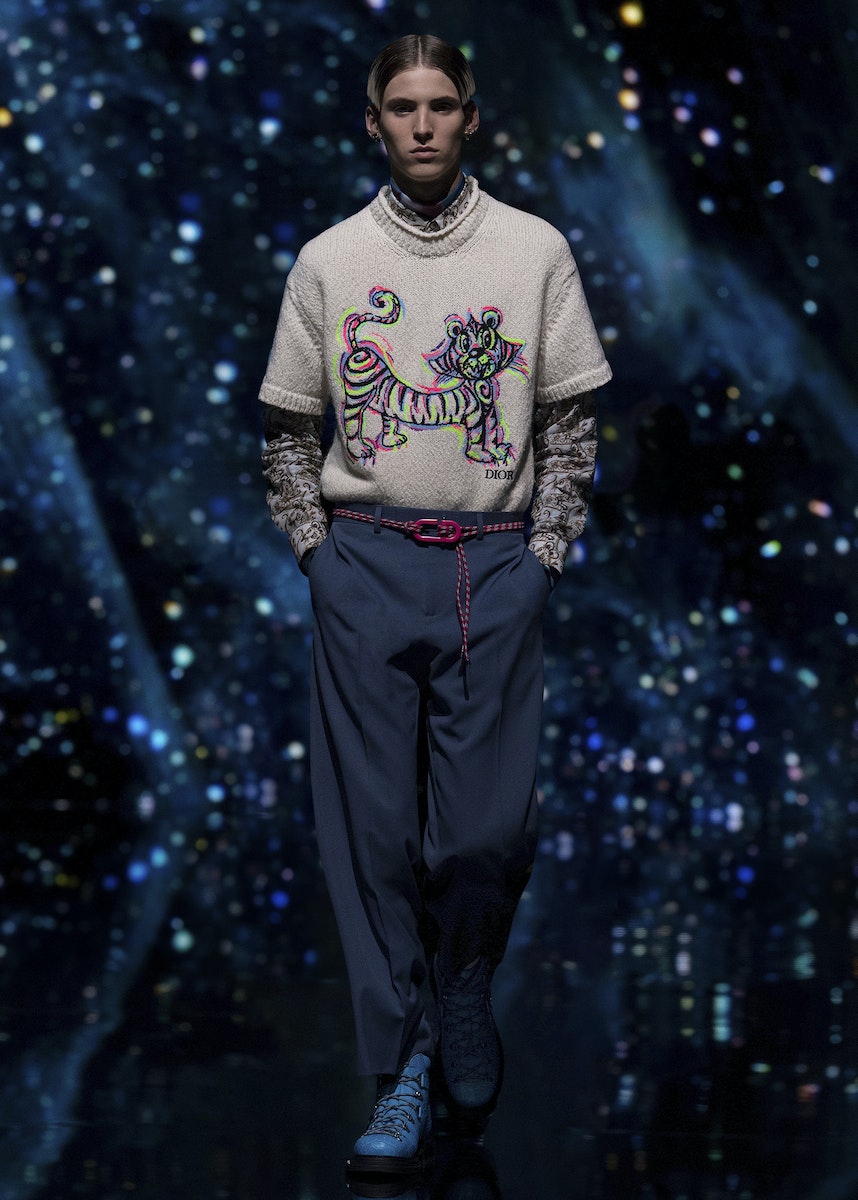 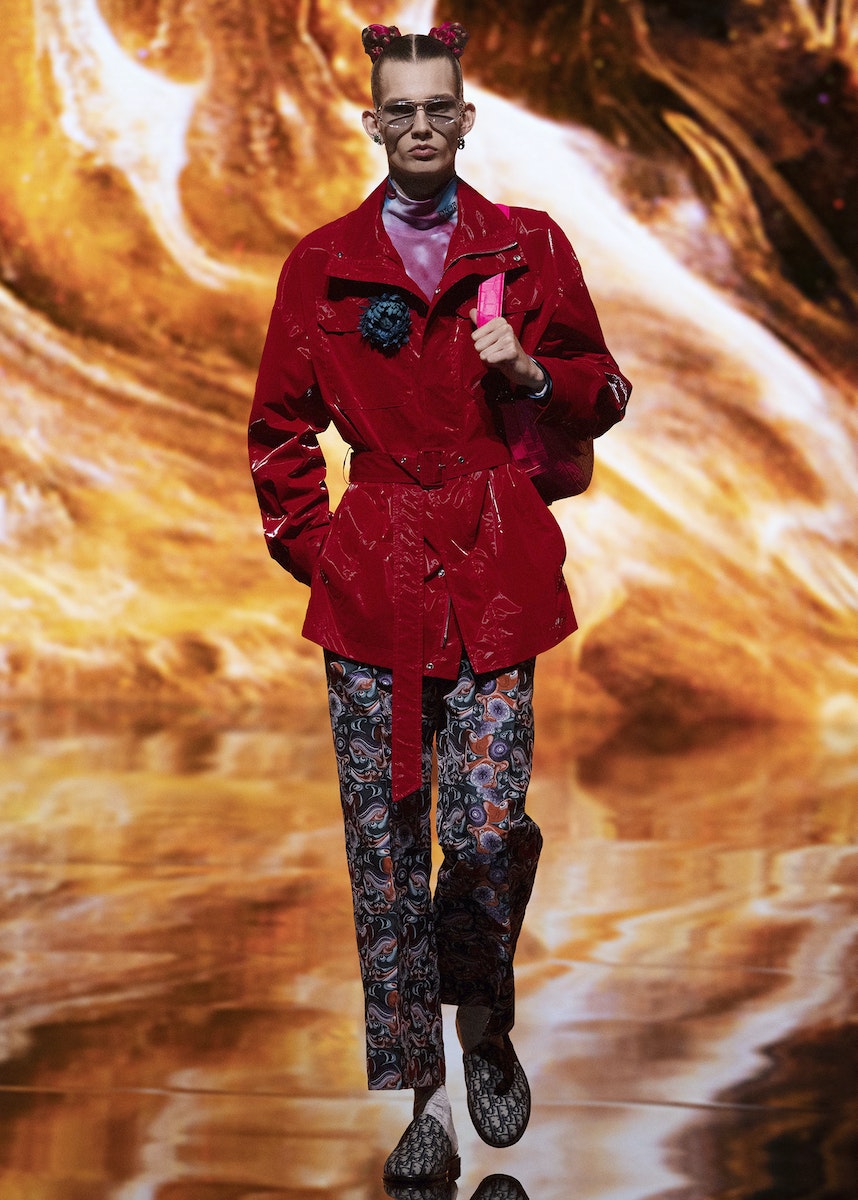 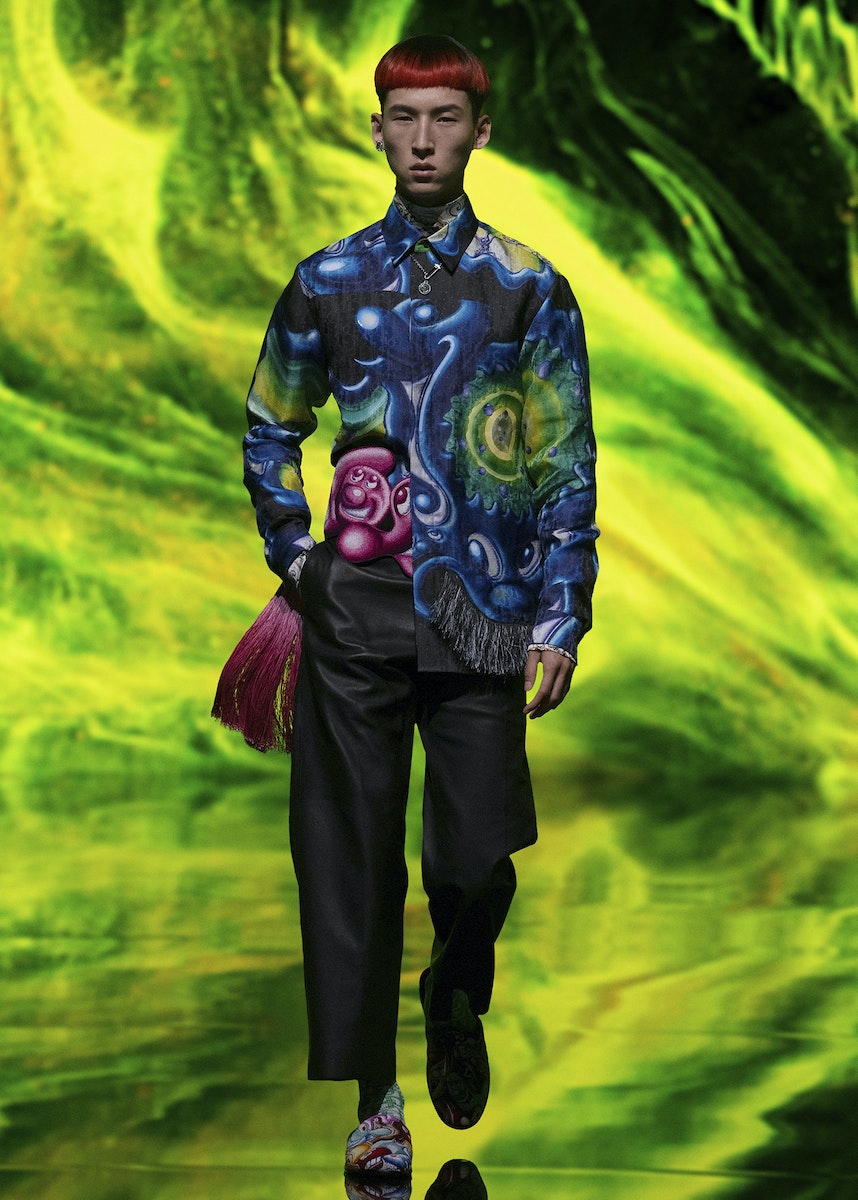 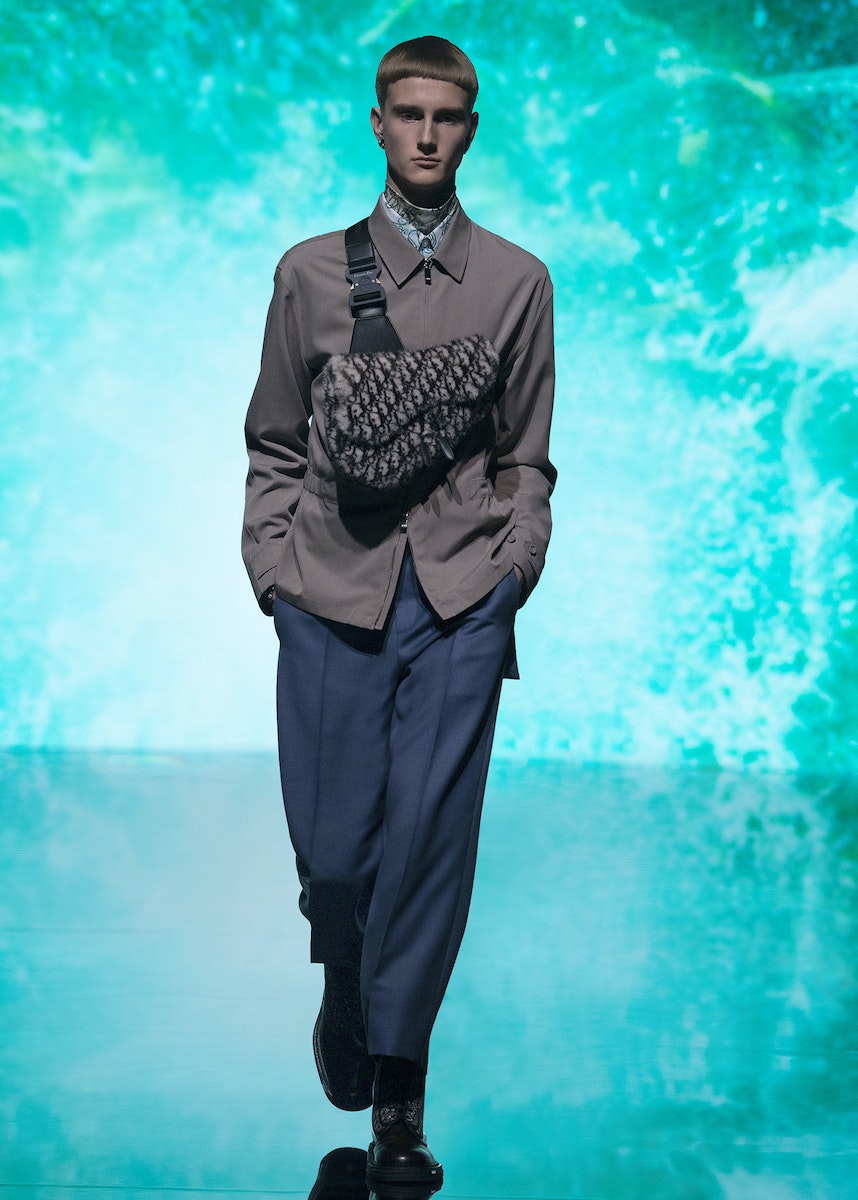 Jones toyed with the traditional spirit of artful tailoring, flexing his knack for innovation by loosening trouser legs, cuffing them just above the ankle, and styling them hoisted-up with monogrammed hiking boots. With the help of American artist Kenny Scharf, who, alongside Jean-Michael Basquiat and Keith Haring, established the poppy DIY art scene of ​’80s NYC, vibrant DayGlo colour palettes found their way onto a lime green, oversized saddlebag, intergalactic buns and knits slapped with surreal, sci-fi prints inspired by cartoons – designed by the artist exclusively for the collection.

It seems that in an age of national depression, recession and a blanket ban on nightlife, Jones was hell-bent on providing escape through a collection that merged the innovative with the reliable, the coded with the coherent, and the future with the present. The message was clear: a greater future awaits. A new normal? Who knows. But if the future looks anything like Jones’ interpretation, we’re first in line.