Gianni Versace was an unlikely revolutionary. Maybe he had the mien of one – the intense stare, the bandit beard, the fiery temper – but the appetite for almost imperial extravagance that marked him as one of fashion’s most successful voluptuaries would seem to contradict the very idea. The name Versace was, after all, a byword for a lifestyle that was very ancien régime. Still, revolutions are unpredictable by their very nature and Gianni was nothing if not as revolutionary as Gabrielle Chanel, Cristóbal Balenciaga, Rudi Gernreich, Issey Miyake, Helmut Lang … all of them outsiders coming from nowhere to rewrite fashion history. ​“I think it’s the responsibility of a designer to try to break rules and barriers,” Gianni once said. In so doing, he created a new vocabulary for fashion, like Coco, Rudi, all those other designers whose early isolation from the industry’s urban mainstreams fostered an idiosyncratic perspective, which, fused with an unshakeable fearlessness, often insinuated itself into their work as a subversive streak.

But Gianni’s subversion was couched in humour, a generosity of spirit, an enthusiastic embrace of physicality and sexuality. He gleefully tested the boundaries of taste, exposing the snobbery of his critics in the process. Gianni’s defiance was celebratory. He was an omnivore of culture high and low, hoovering up rigorous classicism, Byzantine mosaics, Renaissance art, opera and ballet alongside florid pop excess and the latest tabloid sensation. Unabashed in his love of celebrity, he courted movie stars, rock stars. His affection was reciprocated, from Princess Diana to Prince. All of these traits helped to project Gianni into the role of ringmaster – matched only by his old friend Karl Lagerfeld – as fashion transformed into the global circus that it became in the ​’90s.

Inevitably, controversy swirled constantly. When Gianni declared, ​“The only truly shocking thing in life is violence”, you sensed how occasionally exhausting it must have been to cope with the manufactured outrage that ebbed and flowed around his hyper-fashion statements. He clearly had no idea how prophetic that declaration would be. In July 1997, after showing an unusually dark and solemn couture collection in Paris, he headed to Casa Casuarina, his house in Miami, for a break. It was outside that house that he was shot to death on the morning of 15 July by a psychotic spree killer. Gianni was fifty.

Of course, he didn’t come from nowhere. Gianni, brother Santo and sister Donatella were born in Reggio Calabria, the port on the very toe of the Italian boot, so close to the northeastern tip of Sicily that Mount Etna is a commanding presence in the near distance across the Strait of Messina. One of the first Greek colonies in southern Italy, Reggio had once been a vital economic and political hub for the region the Romans called Magna Graecia, but after the balance of power shifted to the North, the passage of time aligned with physical isolation to turn the town into a backwater, compounded by the fact that, until 1966, its land connection to the rest of Italy was a single-lane highway. True, Calabria had its own wild, natural beauty. The sun shone perpetually in its southern Mediterranean way, and the magnolia trees that lined Reggio’s seafront loaned their sweet, sensual fragrance to the townsfolk’s evening passeggiata. But the whole region was scorned as fiercely provincial by the rest of Italy, and the occasional screening of a Hollywood movie at the local American base was scant compensation for the young Versaces, though such entertainments may have opened teasing windows on other worlds to fuel fantasies of escape for young dreamers like Gianni. It also helped to be obsessive… and iconoclastic. 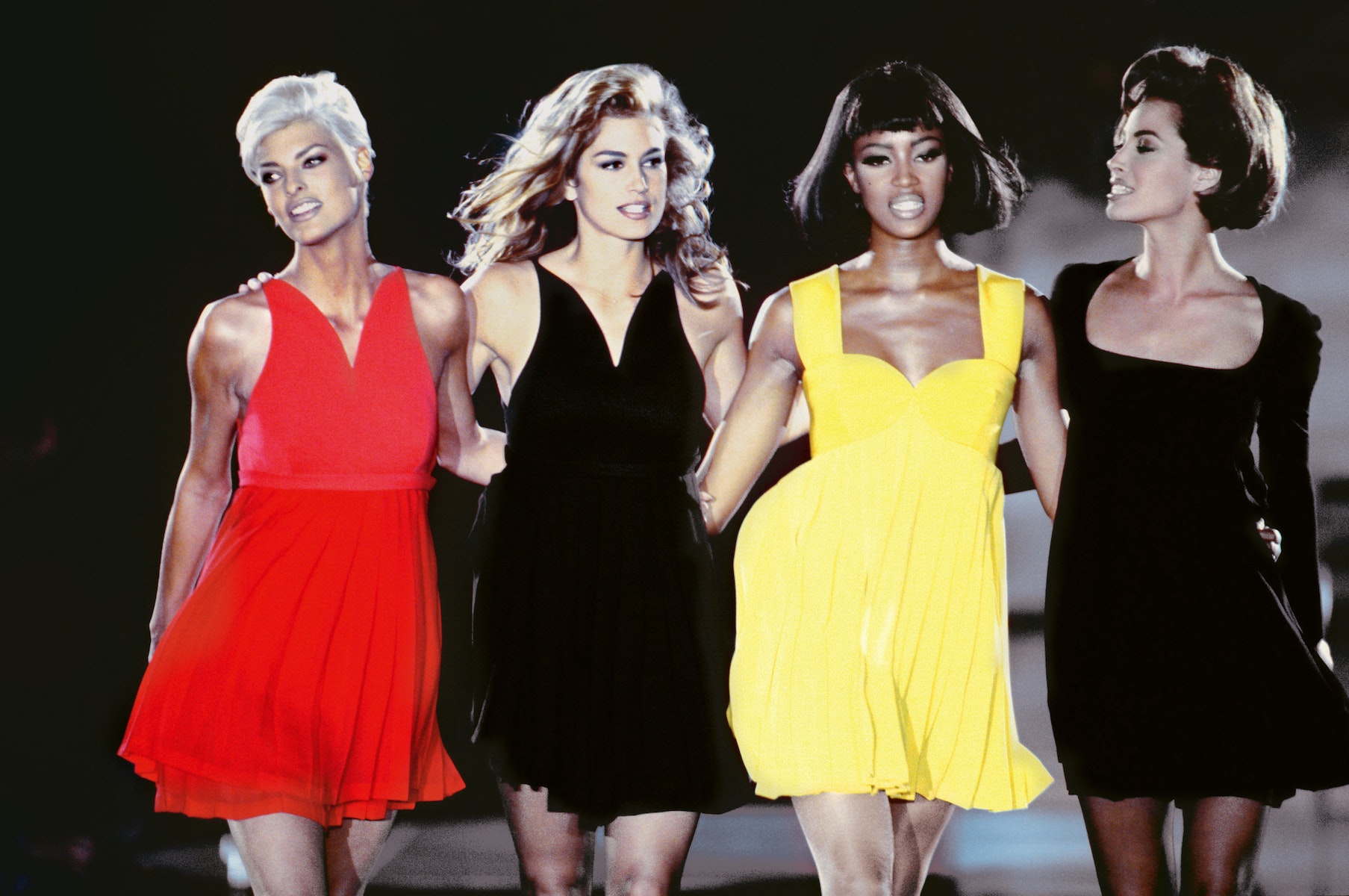 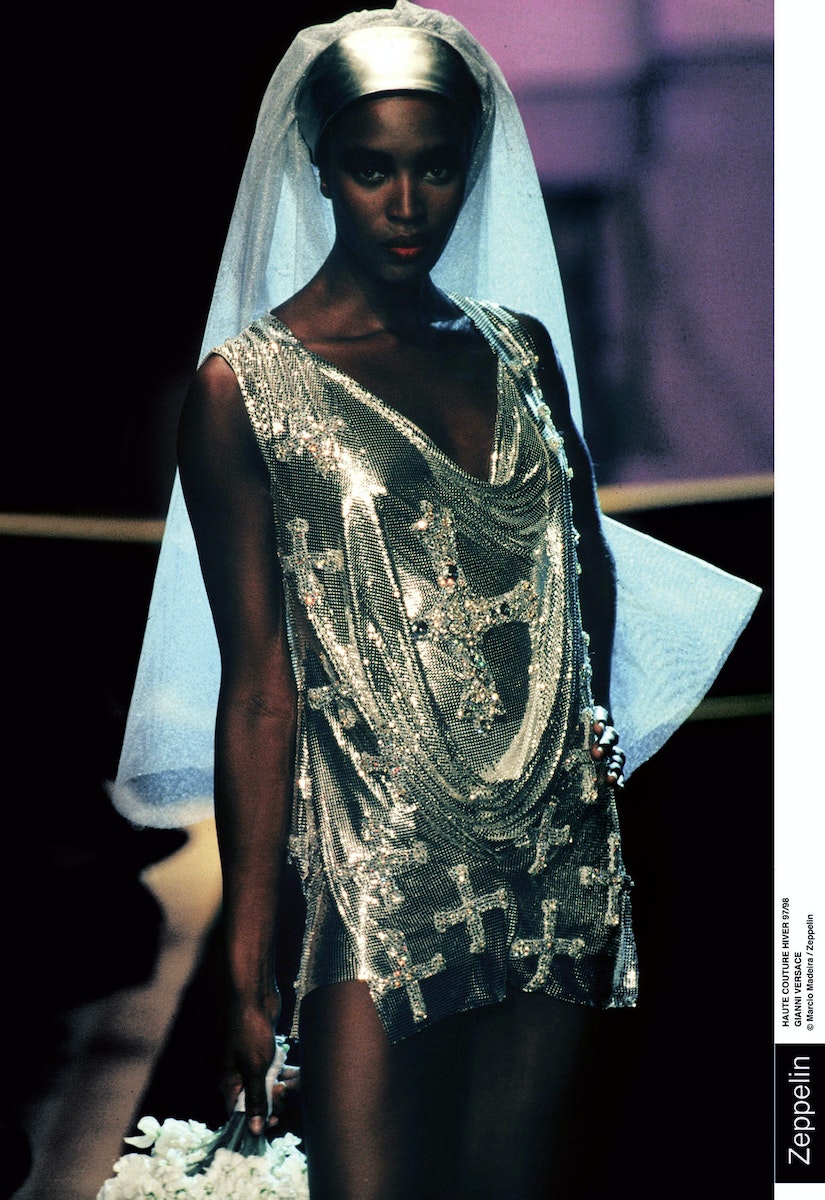 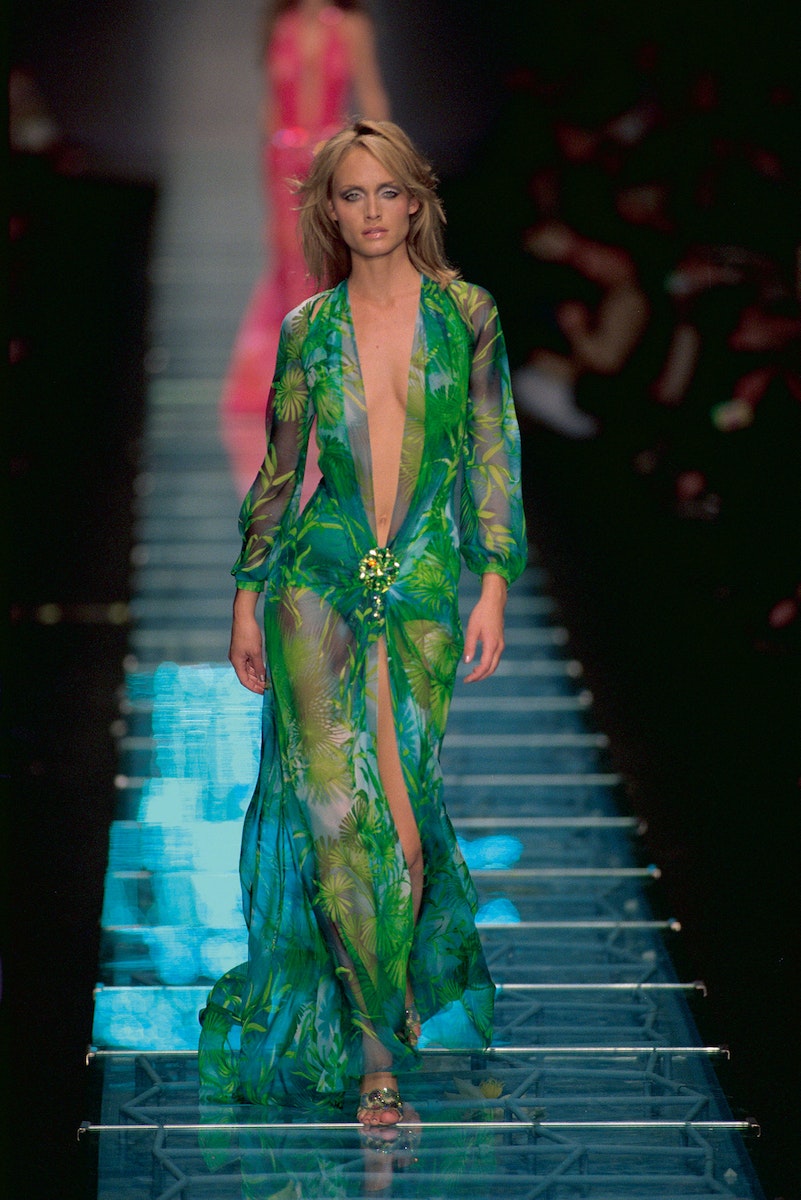 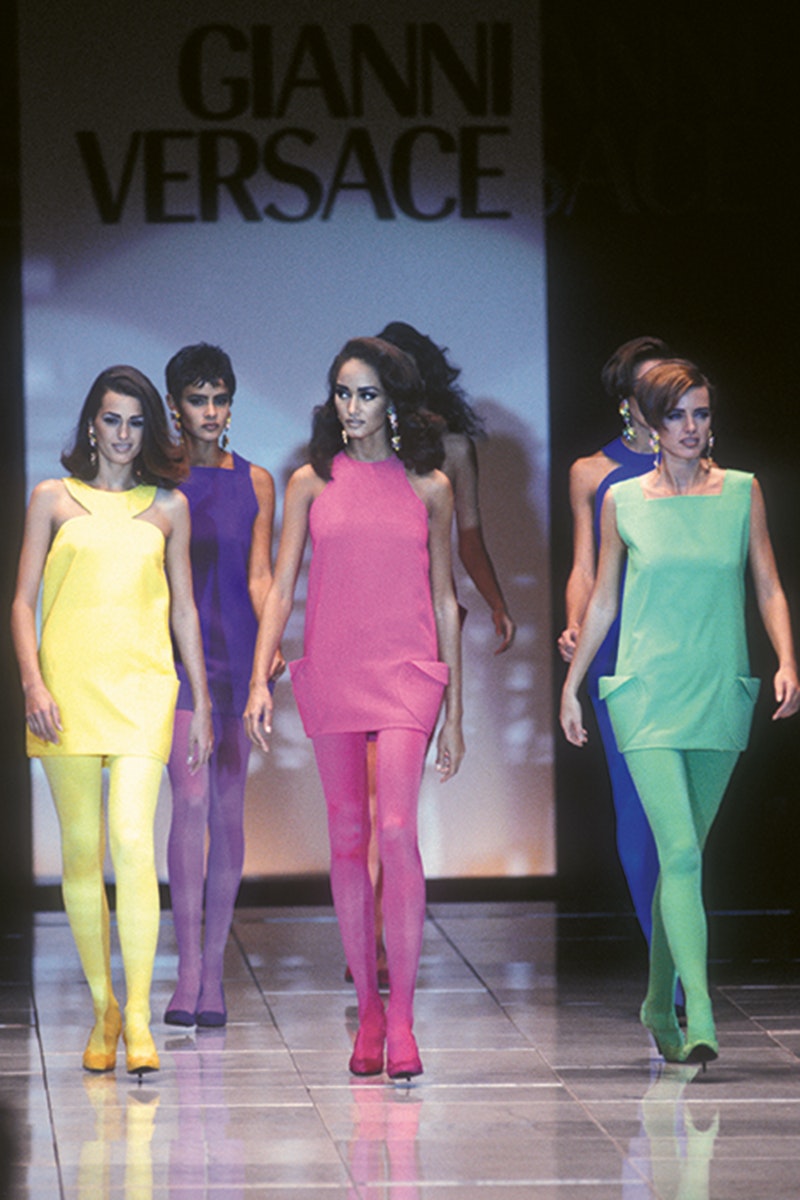 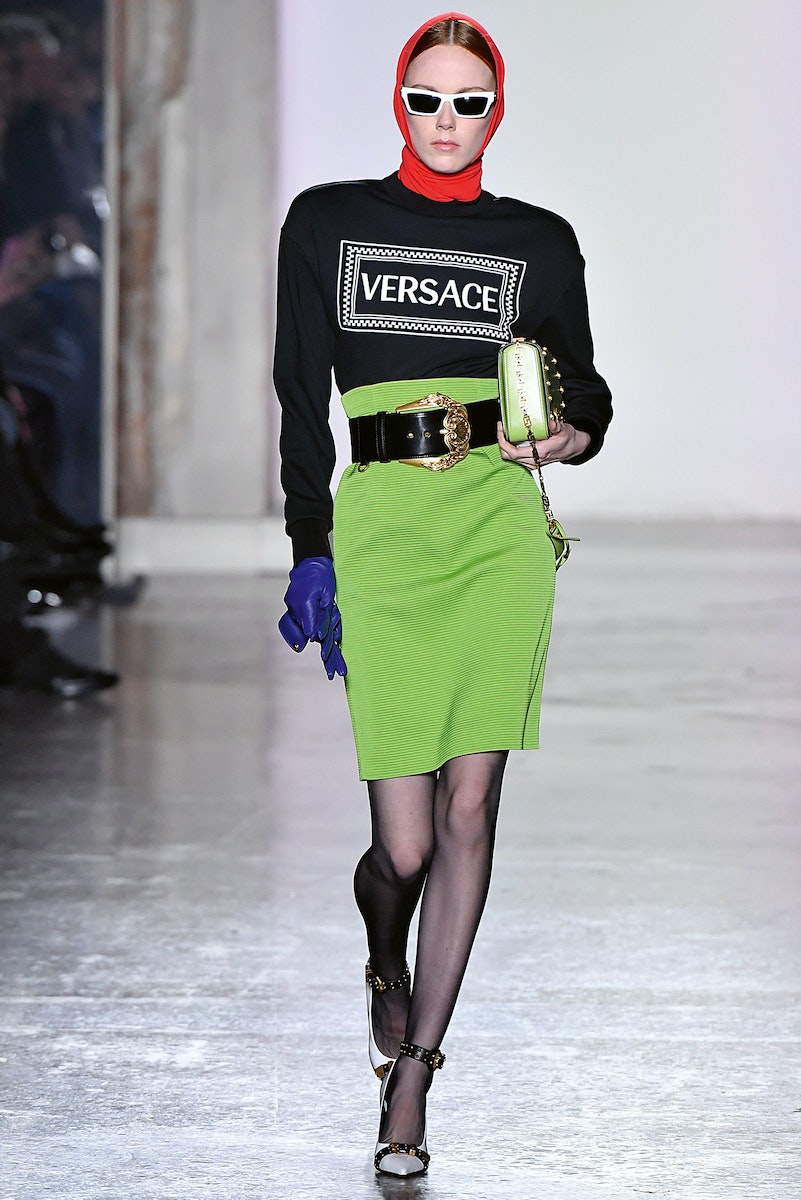 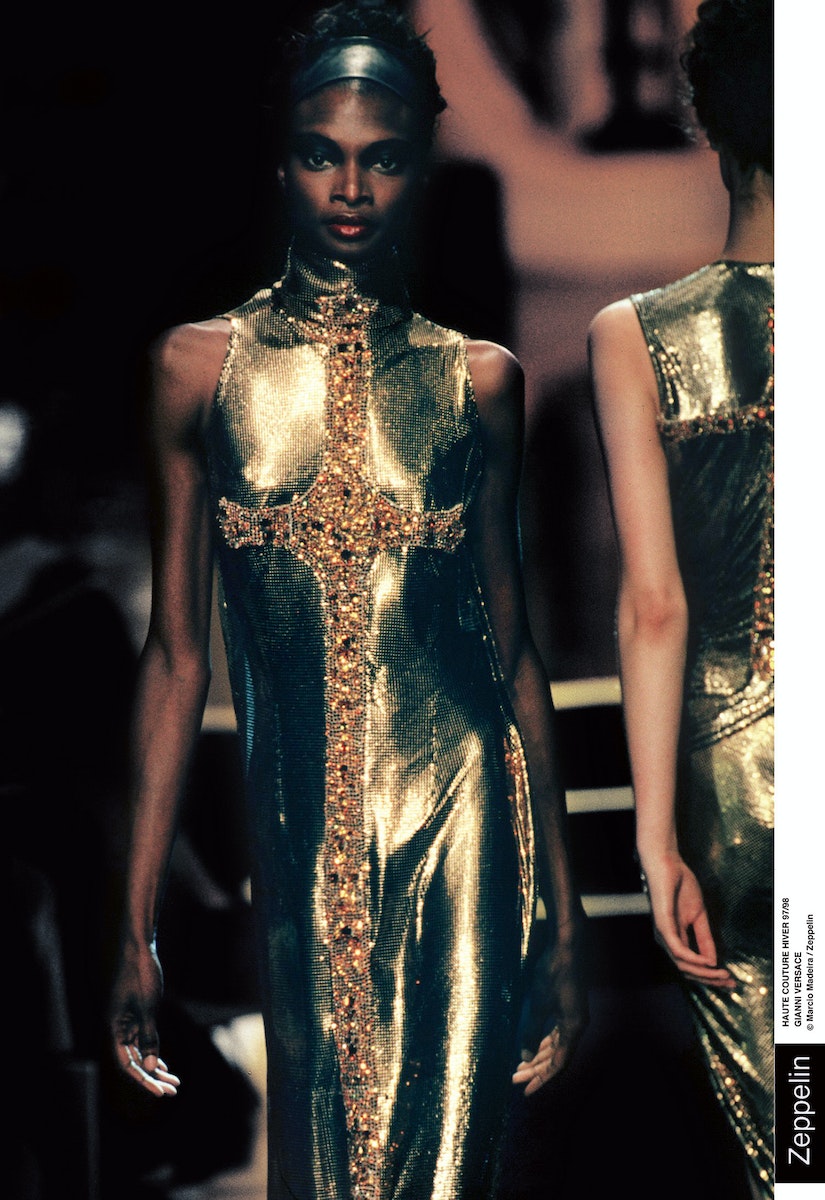 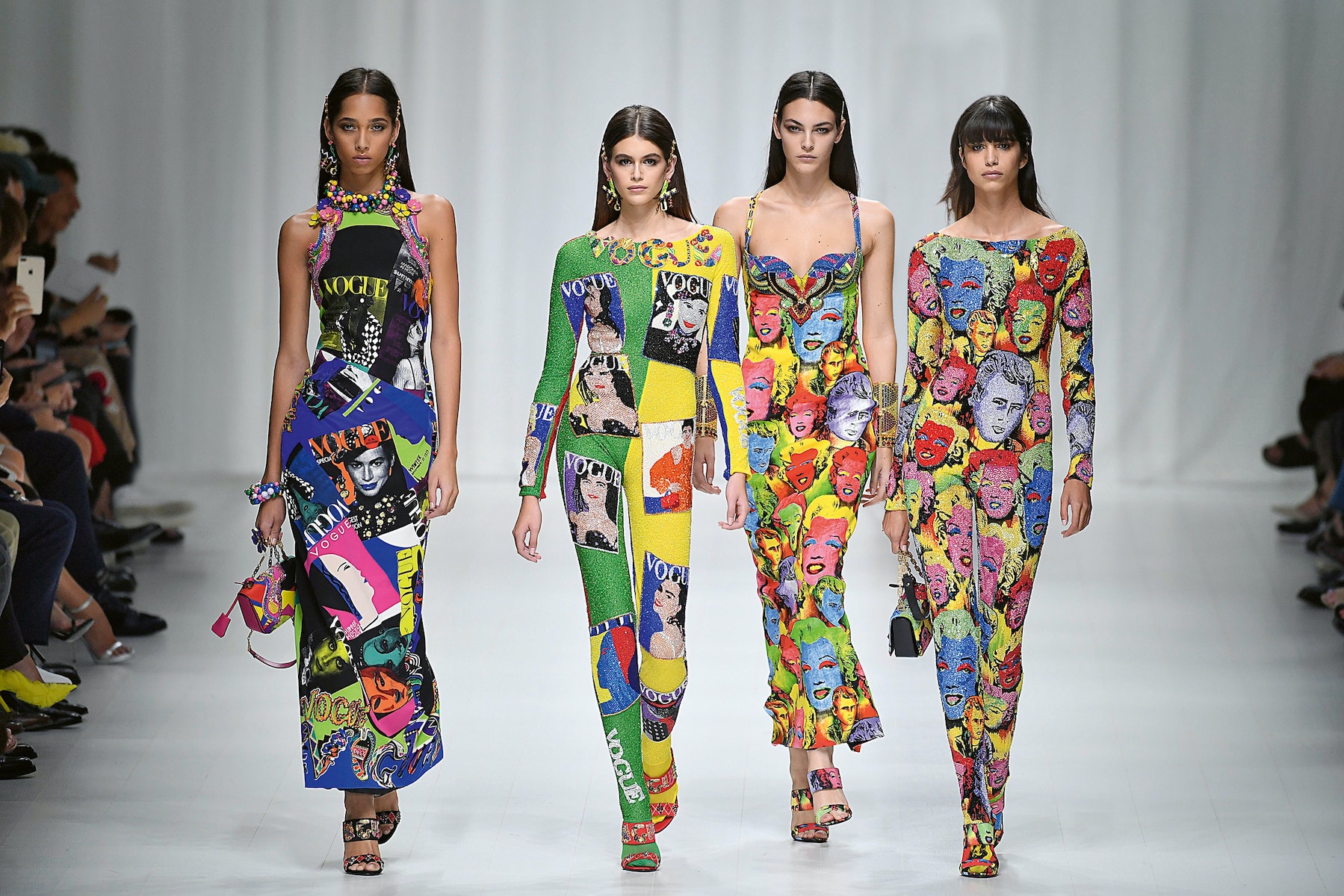 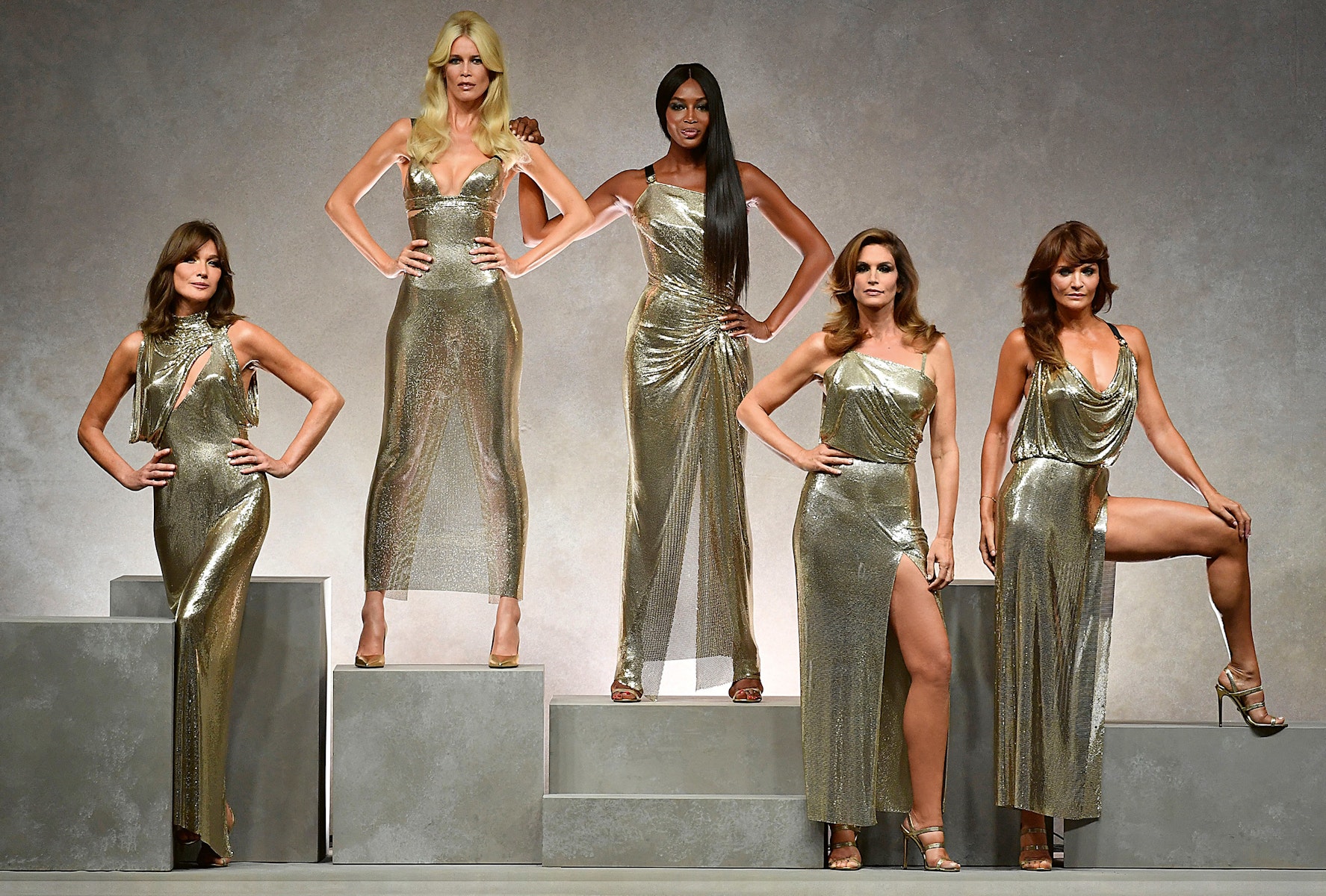 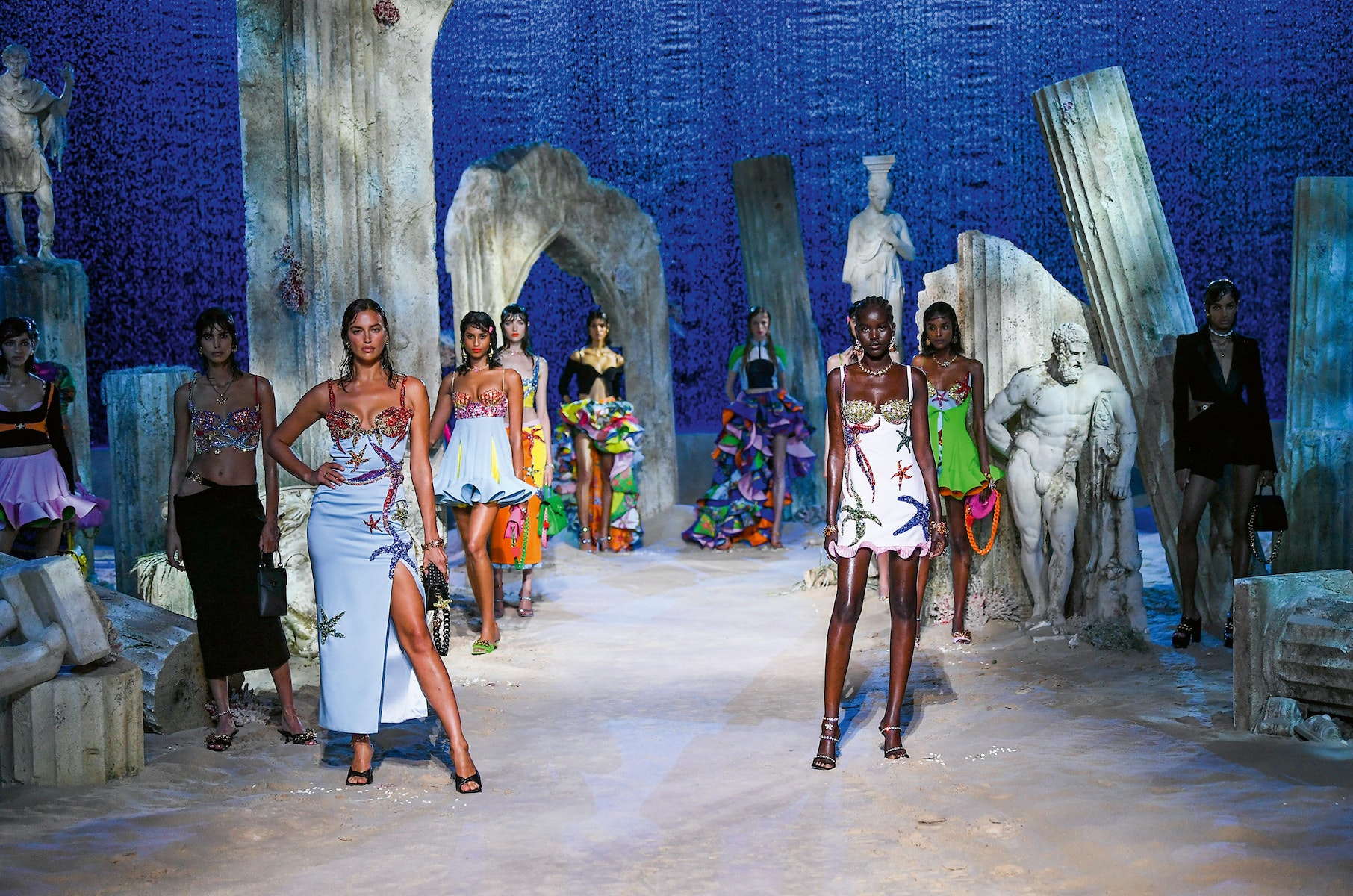 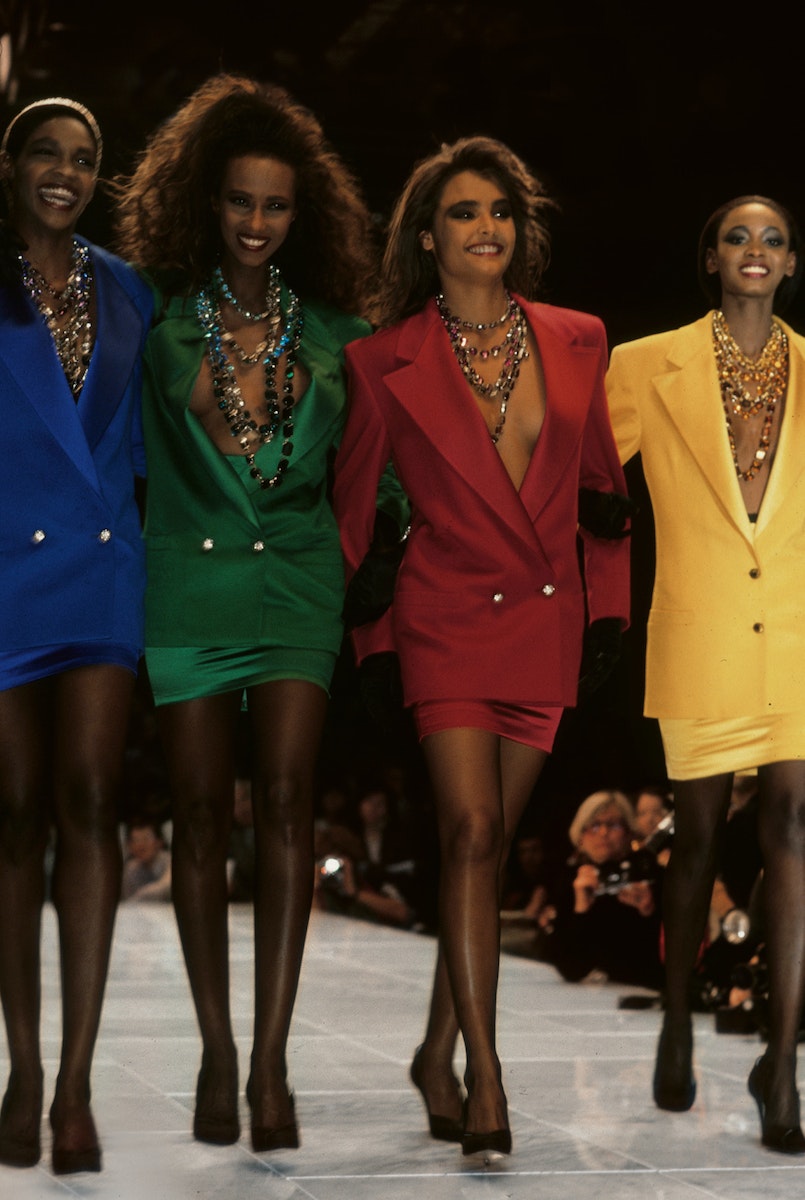 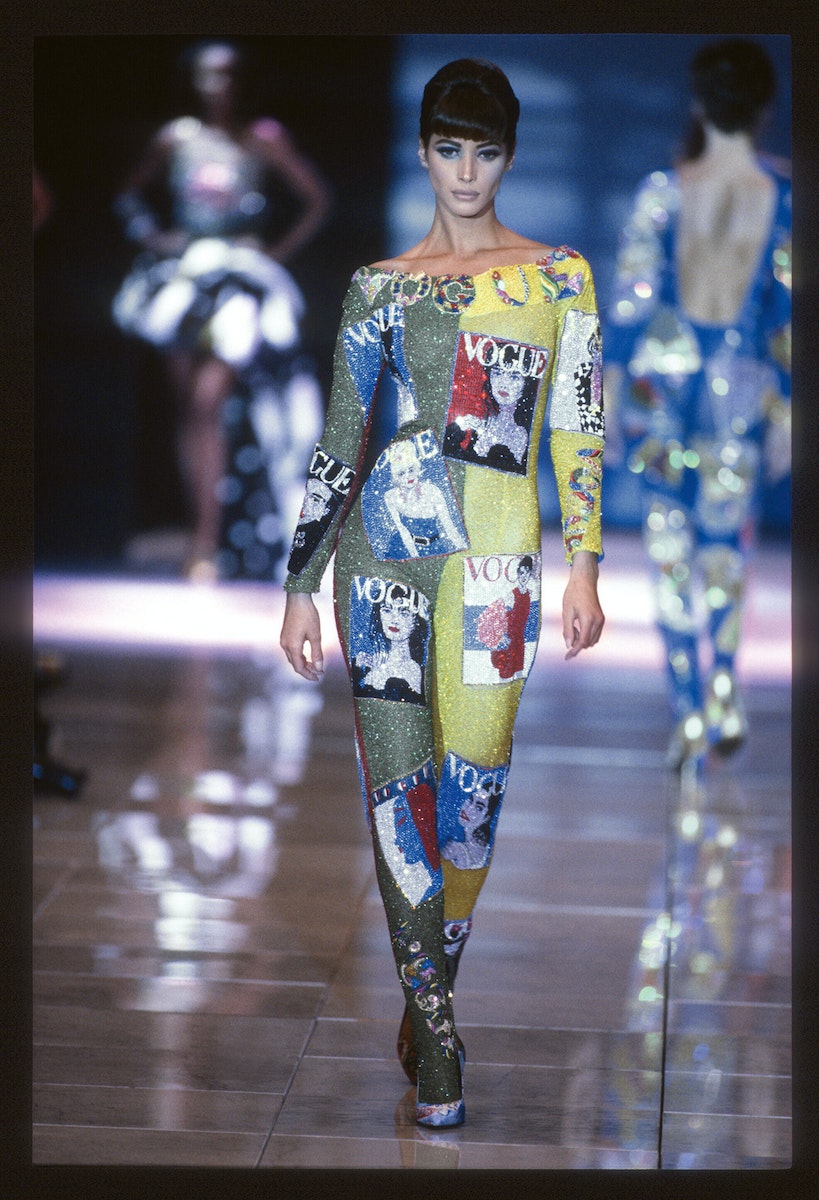 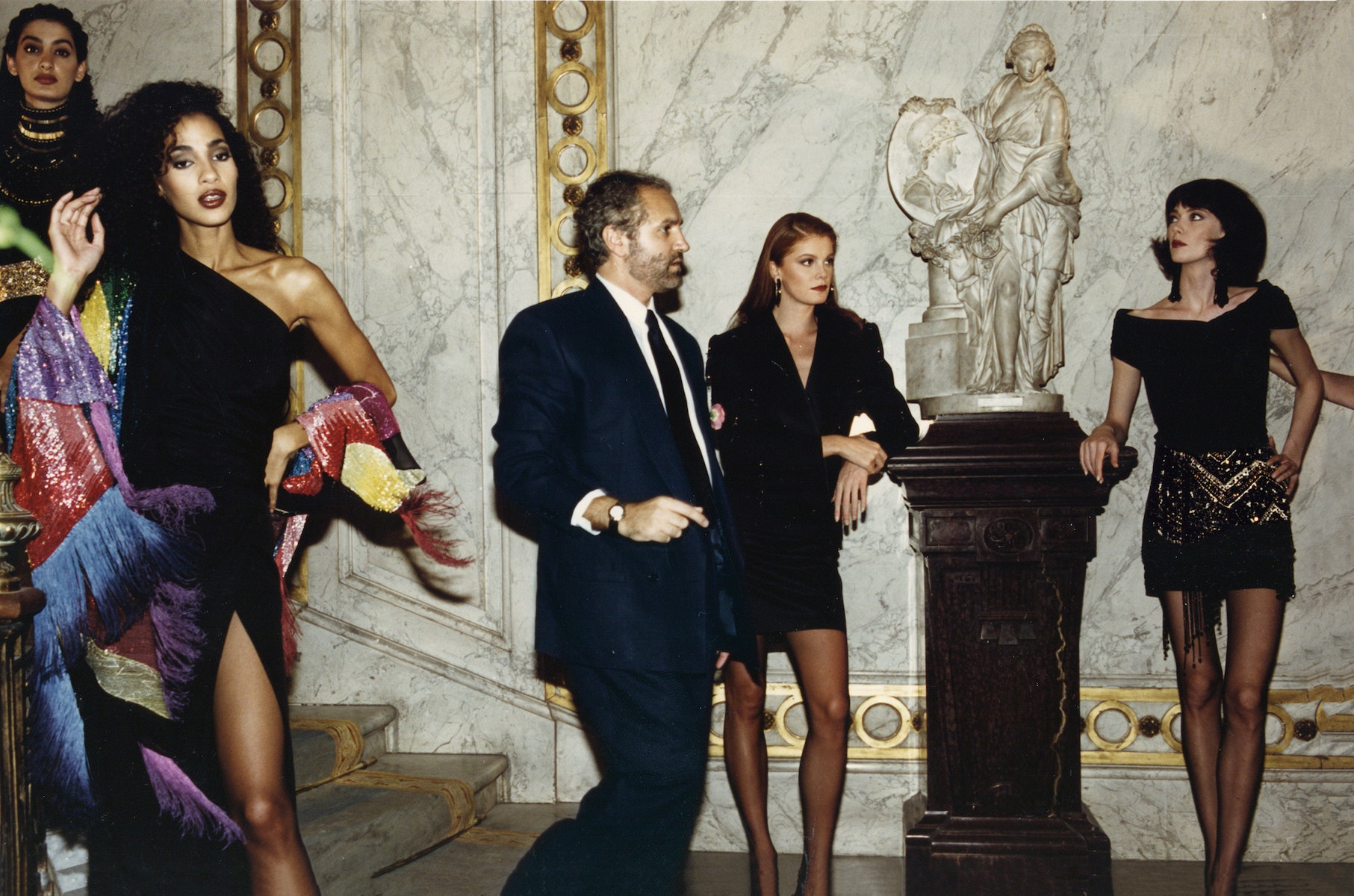 Versace Catwalk: The Complete Collection is available to buy at thame​sand​hud​son​.com for £55