There was nothing whimsical about Liza Keane’s graduate collection for Central Saint Martins’ MA course, which she showed earlier this year.

Full of attitude, nightmarish spells and distorted figures, it was, after all, ​“about a girl turning into a beast,” as the London-based womenswear designer describes it. Influenced by psychiatry as much as it was the female form, Keane’s looks used upcycled leather for trousers that resembled the legs of a woodland creature, an upside-down motocross jacket in repurposed Gore-Tex to form a straightjacket, and a ​“Freudian slip” print to shout loud on a deconstructed slip dress.

Her collection was deeply personal, rooted in her own thoughts and behaviours which she painstakingly documents. It wasn’t in response to a specific mental health issue per se, but rather the parts of herself that she’d previously ignored.

“I was really interested in understanding what I was hiding in myself,” Keane, 26, says. ​“It’s like I would witness flashes of something alien in my behaviour now and then, and I liked it and wanted to know where that power came from. It scared and excited me at the same time.”

And so Keane started studying, well, herself, photographing her clothes, belongings and movements, taking videos of herself and thinking about specific memories. ​“Kind of stalking myself,” she admits. 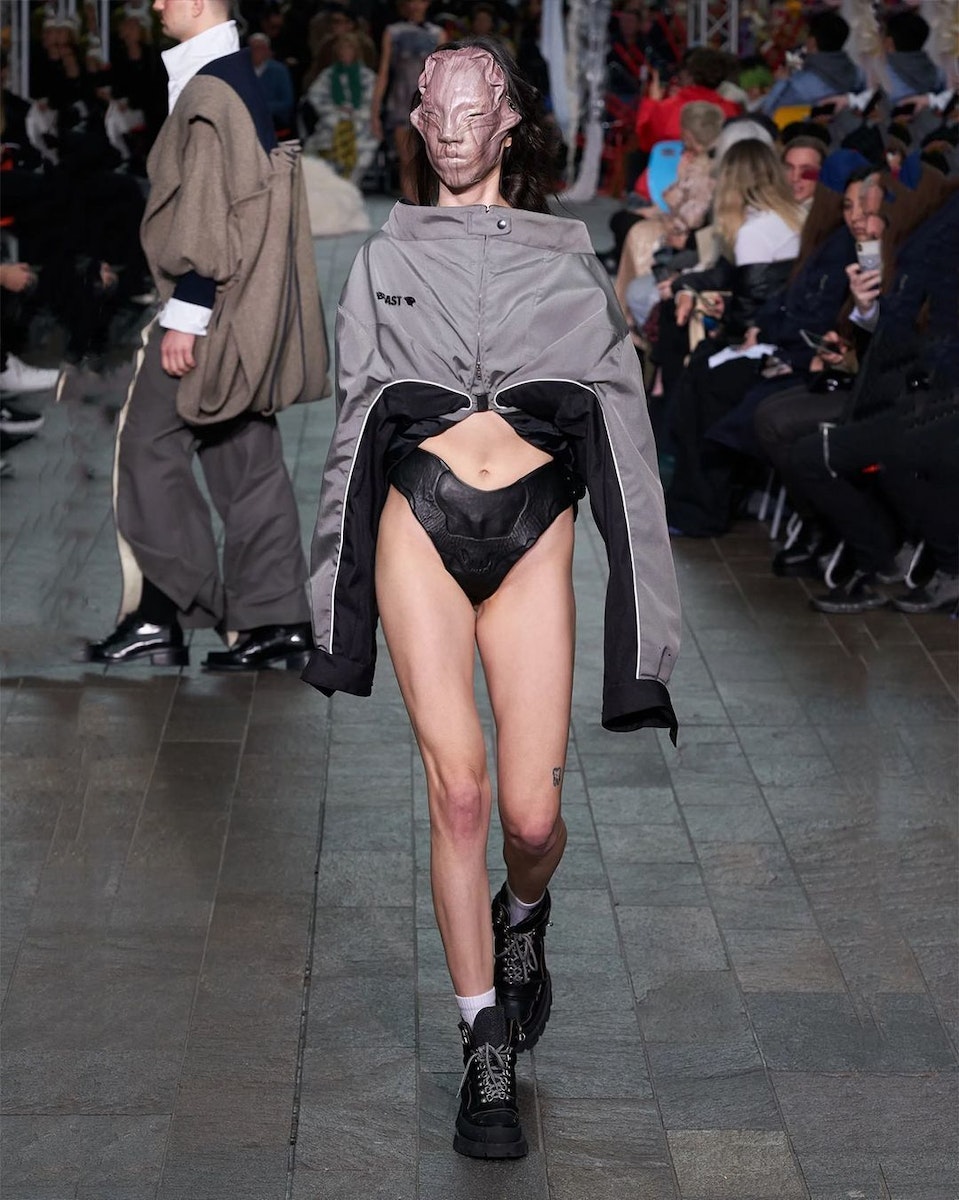 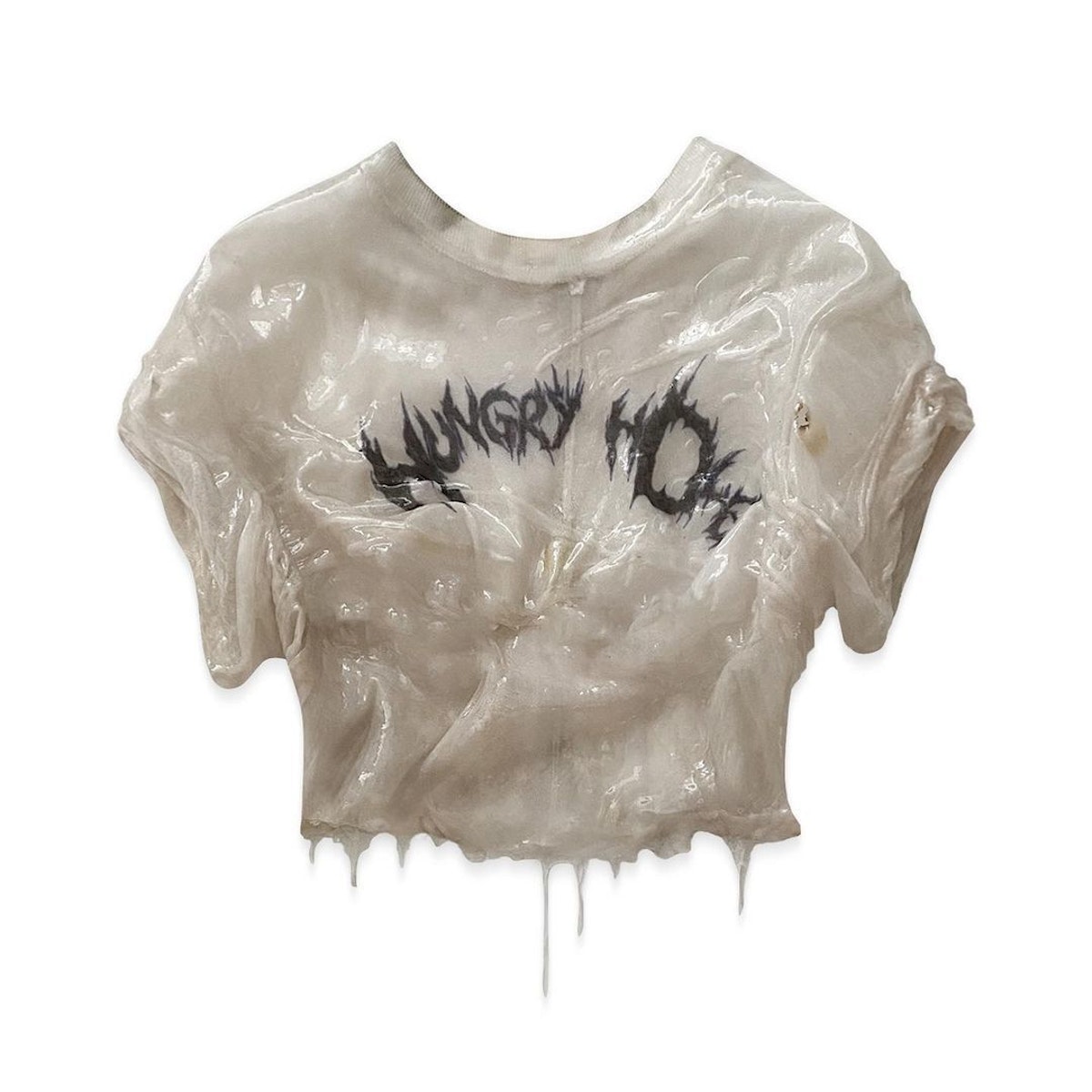 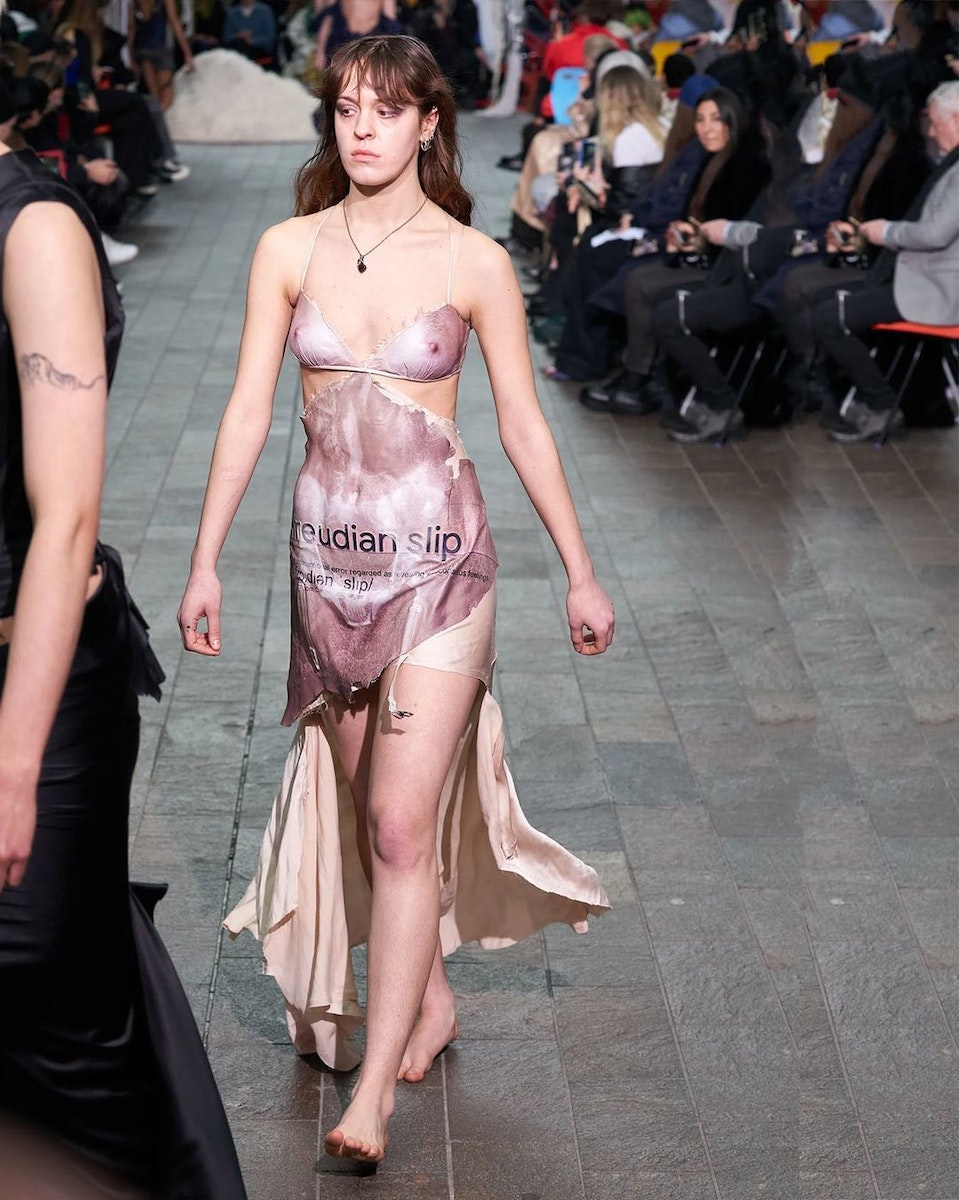 Getting up close and personal with herself wasn’t easy, though.

“I hated all the material I produced in the beginning because it was so honest and vulnerable. It was painful to look at. But I’m glad I did it. It helped me understand what was bothering me and where I needed to go.”

The beautiful chaos of Keane’s self-documentation reveals itself in her collection. Each look feels disruptive, torn apart and intrusive. Some fabrics appear almost bruised, while others cling onto the body as though soaked in sweat. And others are completely revealing, like a bra printed with an image of boobs.

“One of the things I wanted to achieve was reinterpreting nakedness for women,” Keane says. ​“Instead of the ​‘female nude’ – a soft piece of flesh to be consumed – what if she’s the predator out for a hunt, naked and savage like an animal?”

Having sunk her teeth into Jean Paul Gaultier and ​“a lot of Tumblr” as a teen, Keane’s influences are, unsurprisingly, often from the most subversive and transgressive minds. There are philosophers like Georges Bataille and Friedrich Nietzsche; the raw, unsettling imagery of painter Francis Bacon; Damien Hirst’s sliced-up animals caged in formaldehyde; photographer Joel-Peter Witkin, whose images often deal with death and decay; and the confrontational films of Lars Von Trier.

Growing up, she soundtracked it all with a whole lot of Nine Inch Nails.

“I must have been 12 or 13, we had no wifi at home and I went to an internet cafe, put on some music and I can’t remember how I got to it, but The Great Below [from 1999’s The Fragile] was on,” she remembers. ​“From that moment I’ve loved every album of theirs.”

On that note, whip out the AirPods, press play on The Downward Spiral and go Off the Rails with Liza Keane, below.

What’s your motto in life?
Be honest, brave and have a go.

Who would you most like to see wear your clothes?
Angelina Jolie.

What do you reckon you’d be doing if you weren’t a designer?
If it’s following a similar trajectory, then sculpture and maybe film. But then I also sometimes fantasise about just having a very different type of life in general, living somewhere isolated or travelling, without any possessions. In a very romanticised way, of course!

What gets you out of bed in the morning?
I wish I had some bait like that, but I hate mornings.

What do you currently love and currently hate?
Love: I’m rereading The Story of the Eye by George Bataille and I forgot just how much I love that book. Feels oddly soul nourishing.
Hate: not having time, having to schedule ​“fun” and having to do everything on the go.

What do you listen to the most in the studio?
Nine Inch Nails, or sometimes I play meditative sounds on loops, like planetary sounds or fake nature. But if I’m sewing or draping, I play audiobooks or some podcasts. It depends on how much I need to concentrate, I guess.

What five famous guests would you invite around for dinner?