Maya Golyshkina crafts clothes from food, paper, paint and other household objects that some might consider mundane. Think: a pasta shell two-piece (her ​“new hungry outfit”), a toilet roll holder top (topical), a pair of knickers fashioned from bread (tasty?), and a bikini made out of Play-Doh (a little dangerous, perhaps?). The Russian designer-cum-photographer creates and self-shoots each upcycled look on herself before uploading it to her Instagram account.

The 18-year-old Muscovite (fancy word for someone from Moscow) studied art from the age of 10 to 16 and now takes a DIY approach to her craft. She doesn’t just do it herself, she does everything herself: idea, creation, styling, modelling, capturing the final image.

When Russia went into coronavirus-induced lockdown in late March, Golyshkina’s one-woman-mission started to take shape: she dug out her sewing machine, reached for a glue stick and a packet of penne and got crafty.

Since March, Golyshkina has come up with a new idea a day. ​“I have a need to invent,” she says. ​“For me, the process is entertainment, otherwise I get bored with living.”

For her latest project, Golyshkina has recreated AW20’s most memorable runway looks – entirely from paper, food wrap, gouache, markers and cardboard – exclusively for The Face.

Moschino’s French fancies (a three-tier cake), Comme des Garçons’s bulbous building blocks (the big red square), one of Gucci’s on-the-prairie frocks (the big ball gown) and Balenciaga’s granny look (a quilted duvet dress) all feature in Golyshkina’s tongue-in-cheek paper interpretation of the collections shown in London, Milan and Paris at the start of the year.

“I love to laugh and to make jokes,” Golyshkina says. ​“It seems to me that the main thing in art is to be yourself. It helps me to show my creativity better, because it doesn’t make sense without sincerity.”

Before you reach for a pack of toilet paper, a pair of scissors, a mountain of penne and a pad of A4 to get crafty a la Maya Golyshkina, we suggest you hit follow on @_themaiy_ for daily inspiration courtesy of the OG. 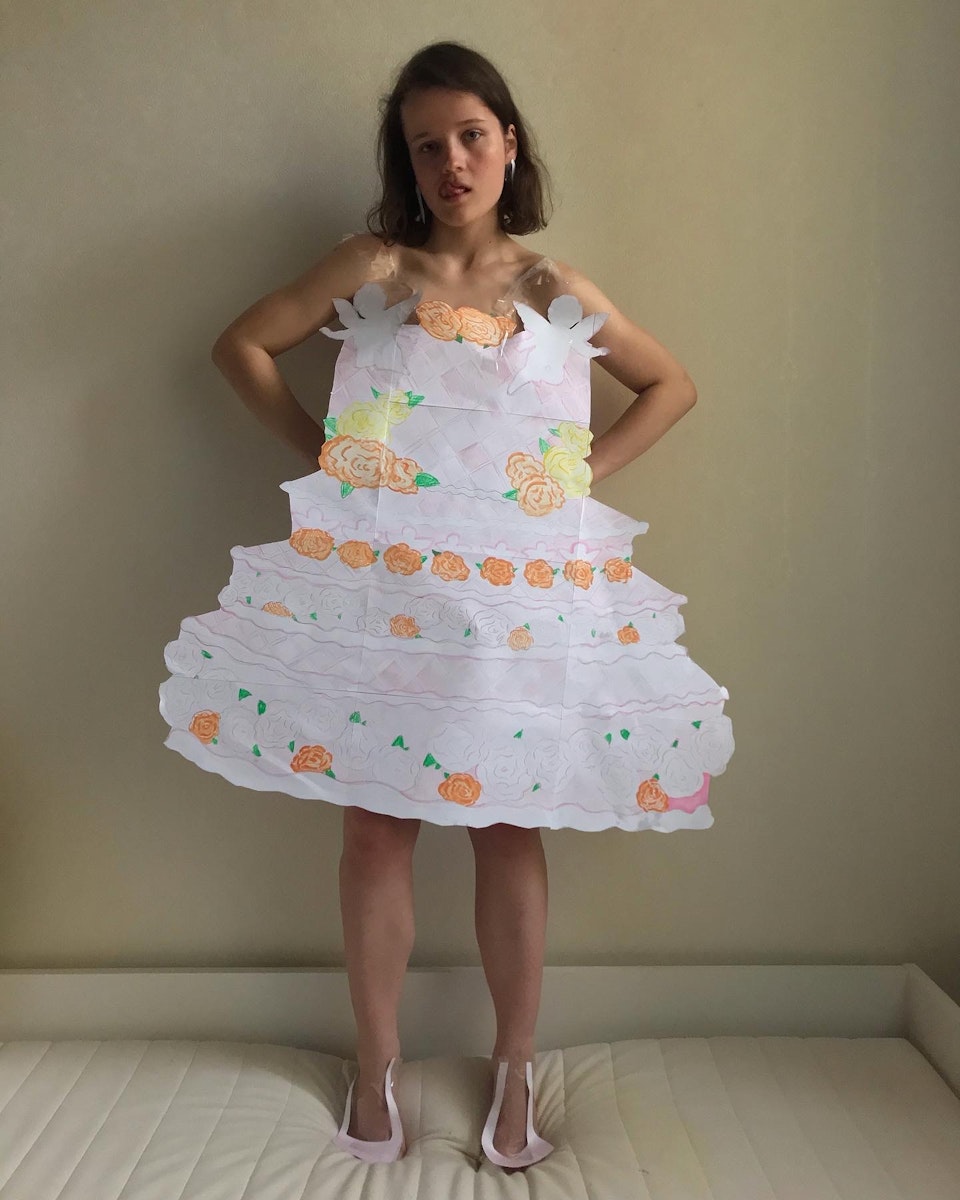 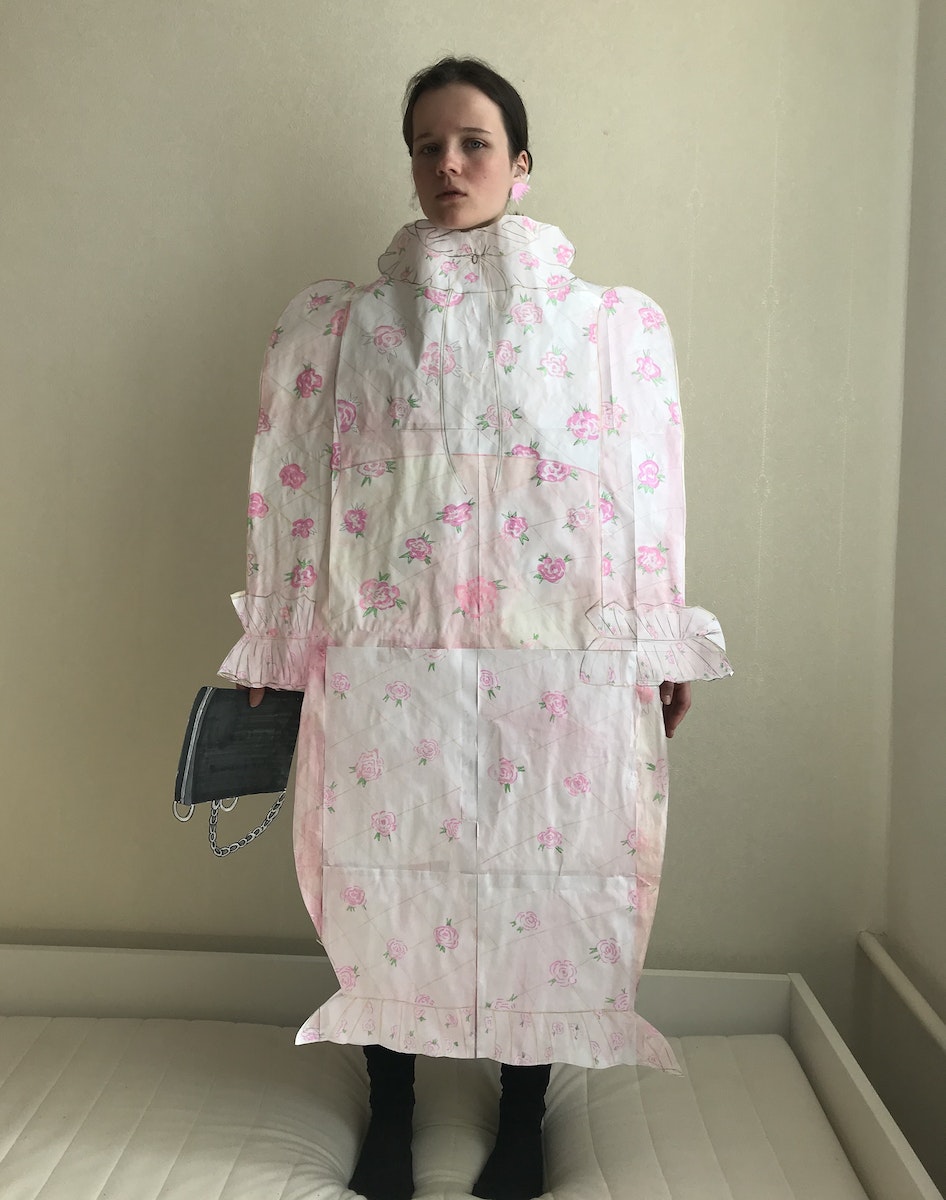 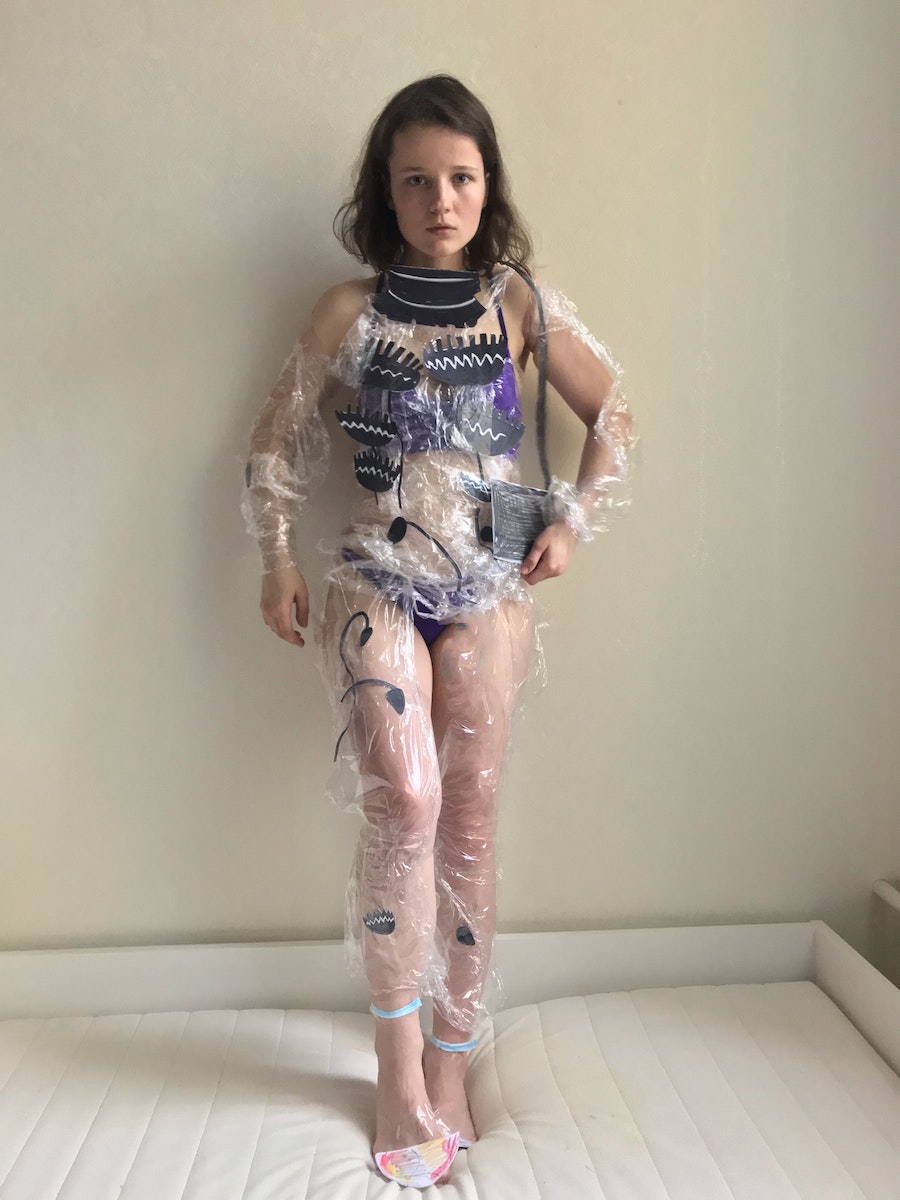 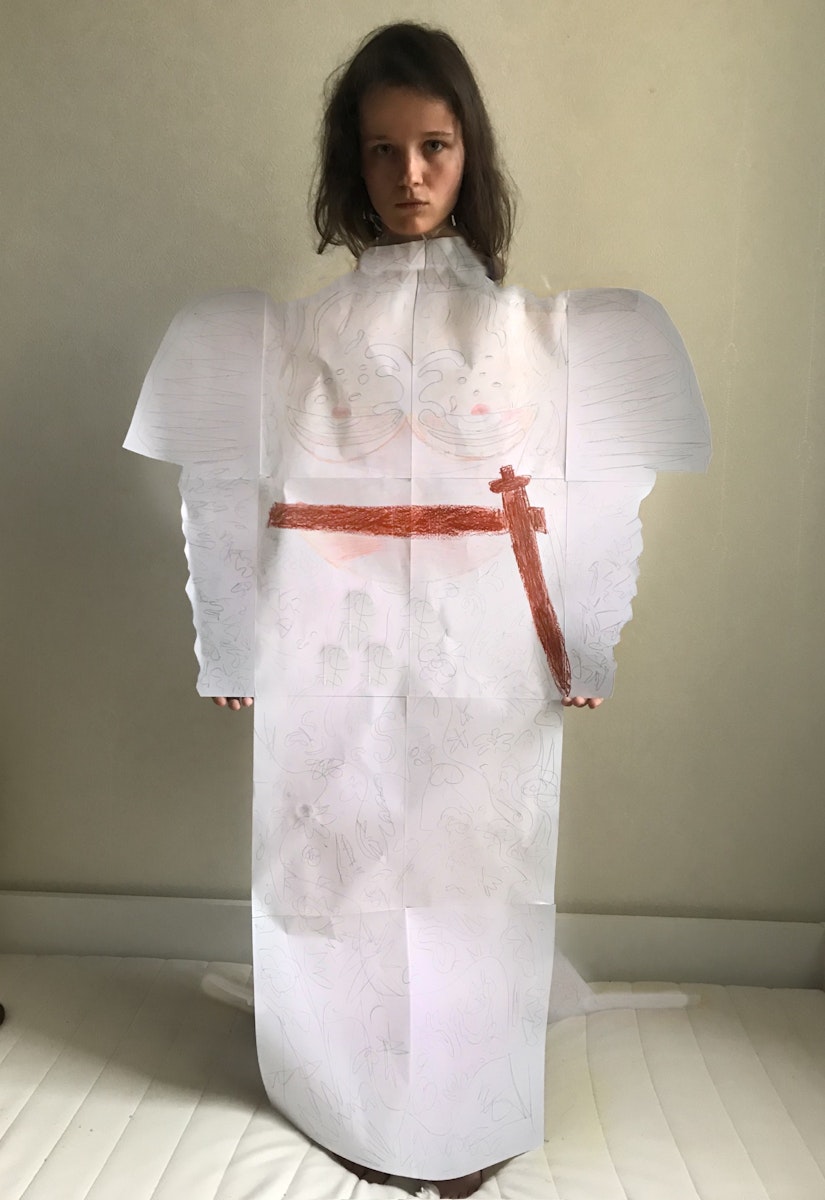 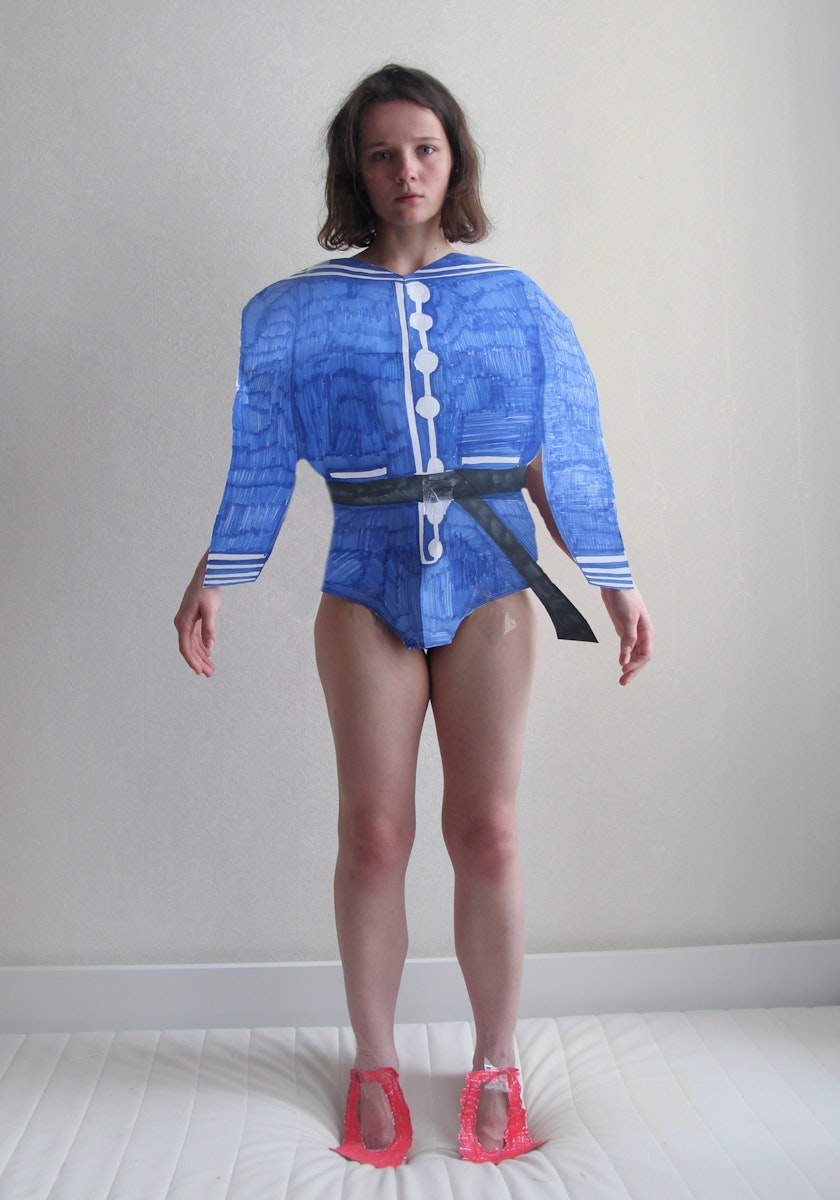 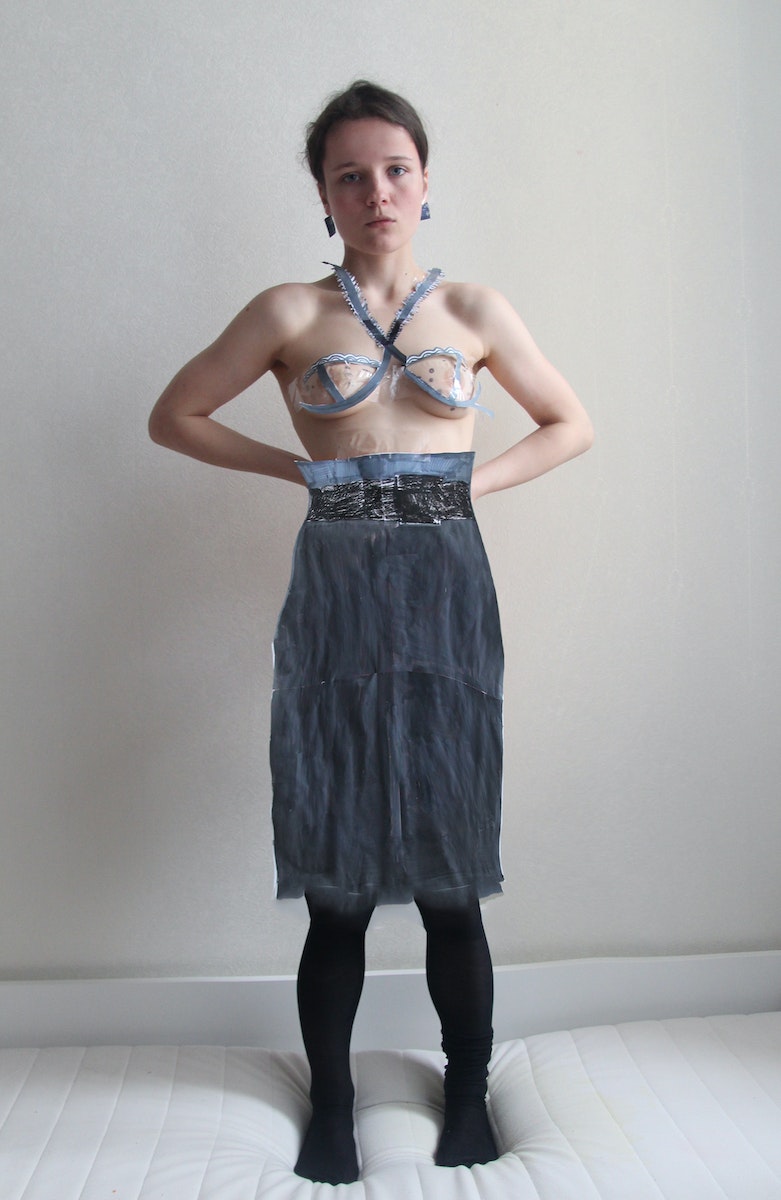 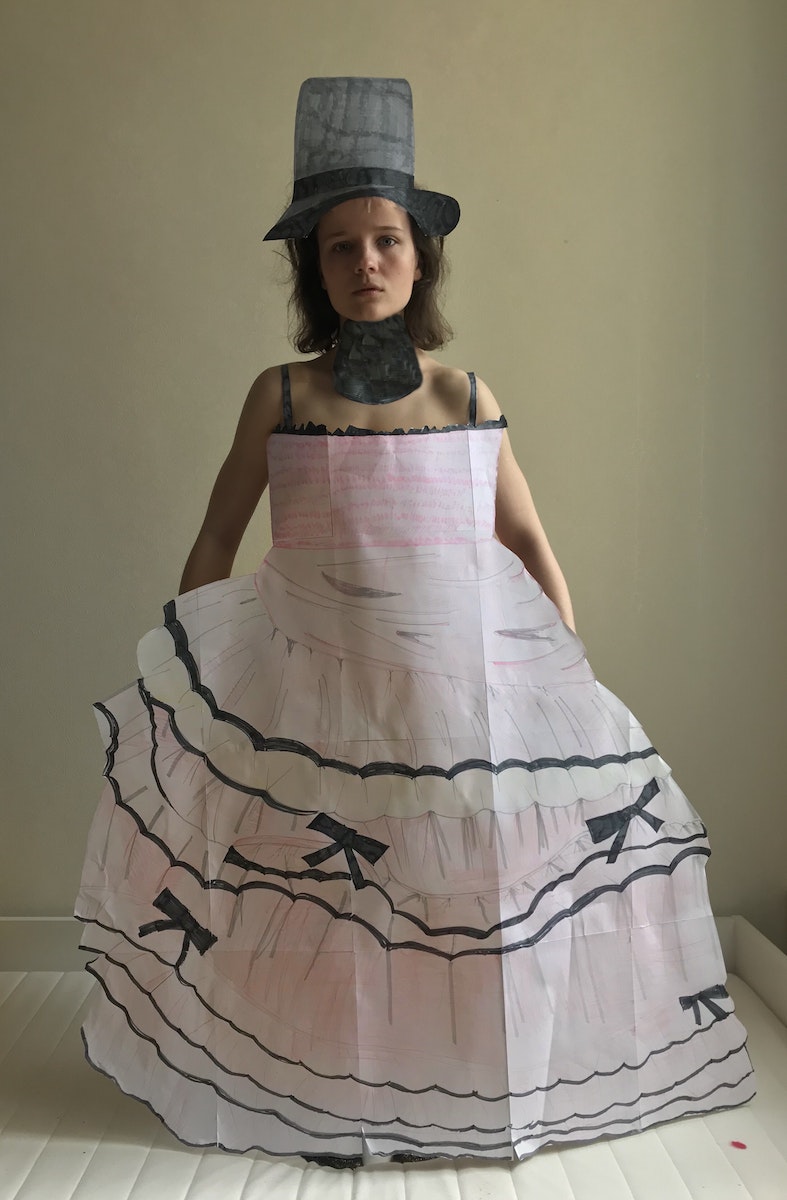 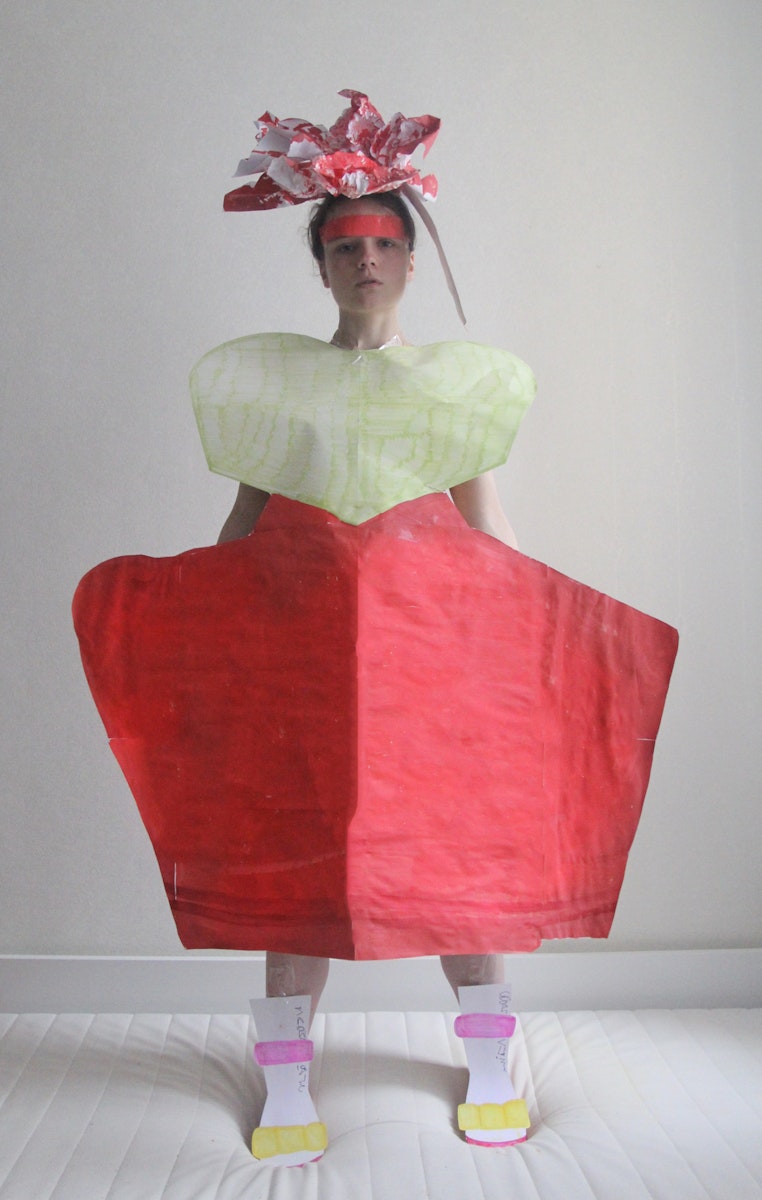 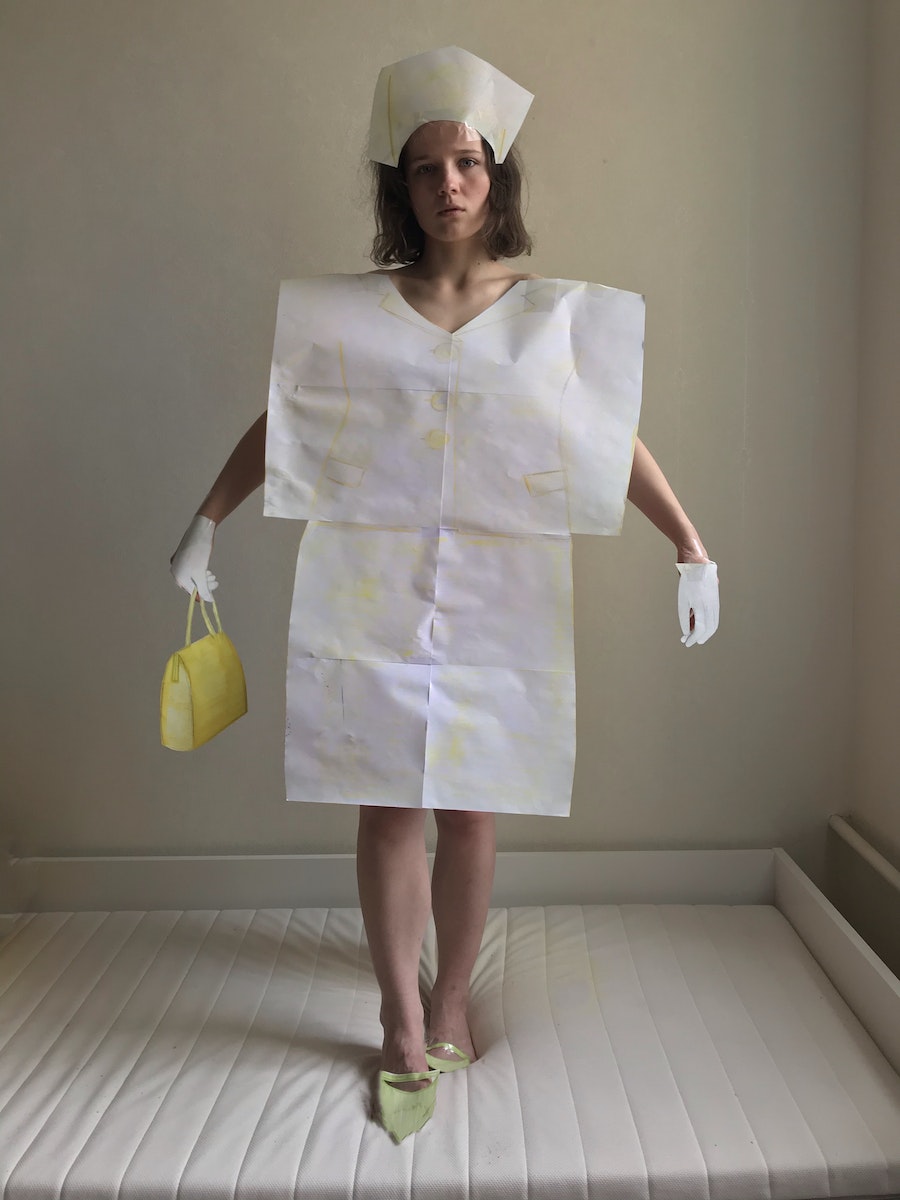