In 1970, Andy Warhol debuted Rain Machine (Daisy Waterfall), a mural of lenticular daisies, which saw real water cascade to form a wall of rain in front of it.

In 2022, Tommy Hilfiger made a (possibly unintended) homage to the work, in a show set beneath the great rainclouds of New York City, and which took inspiration from the artist’s inside-out approach to creativity. 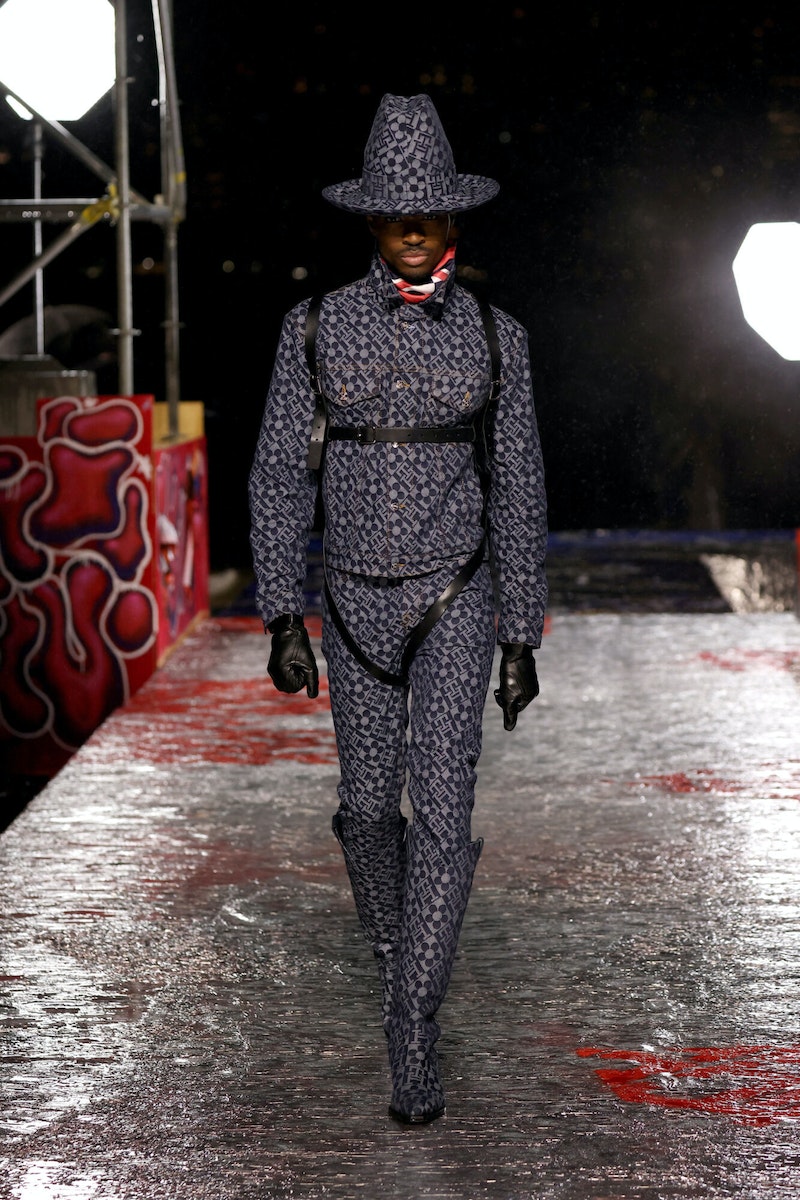 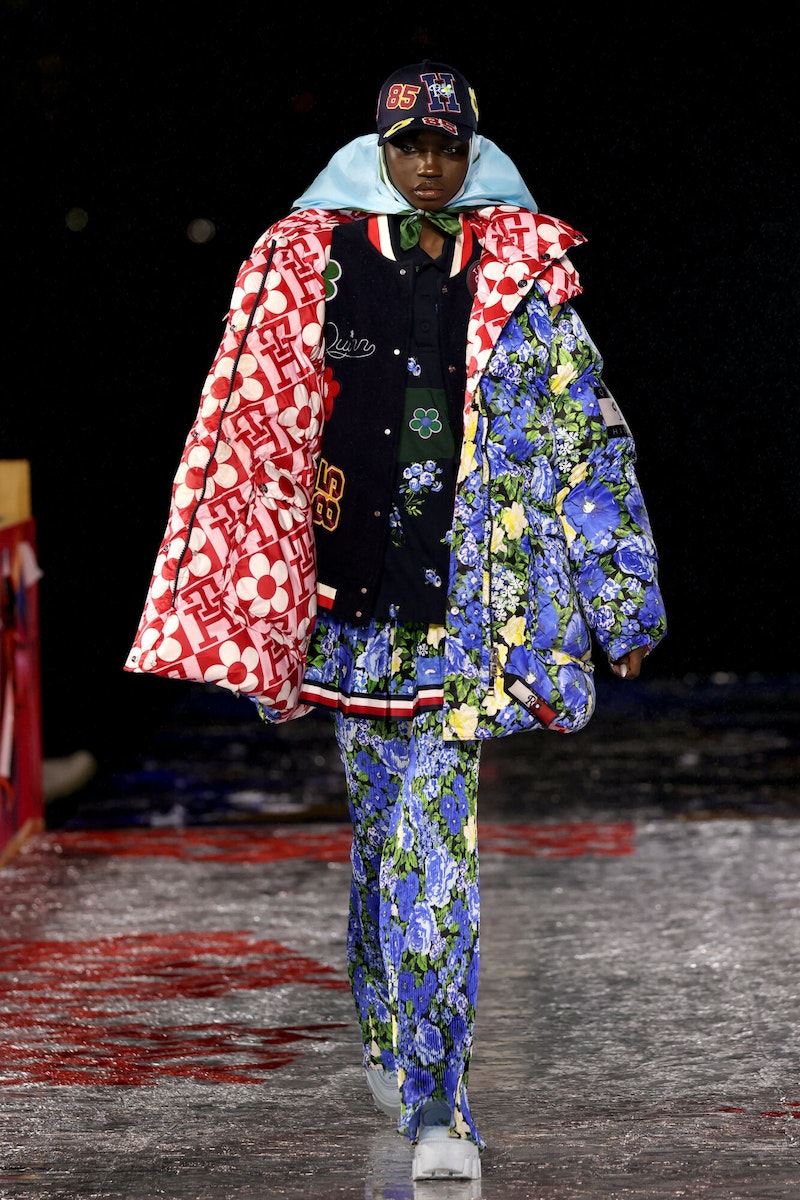 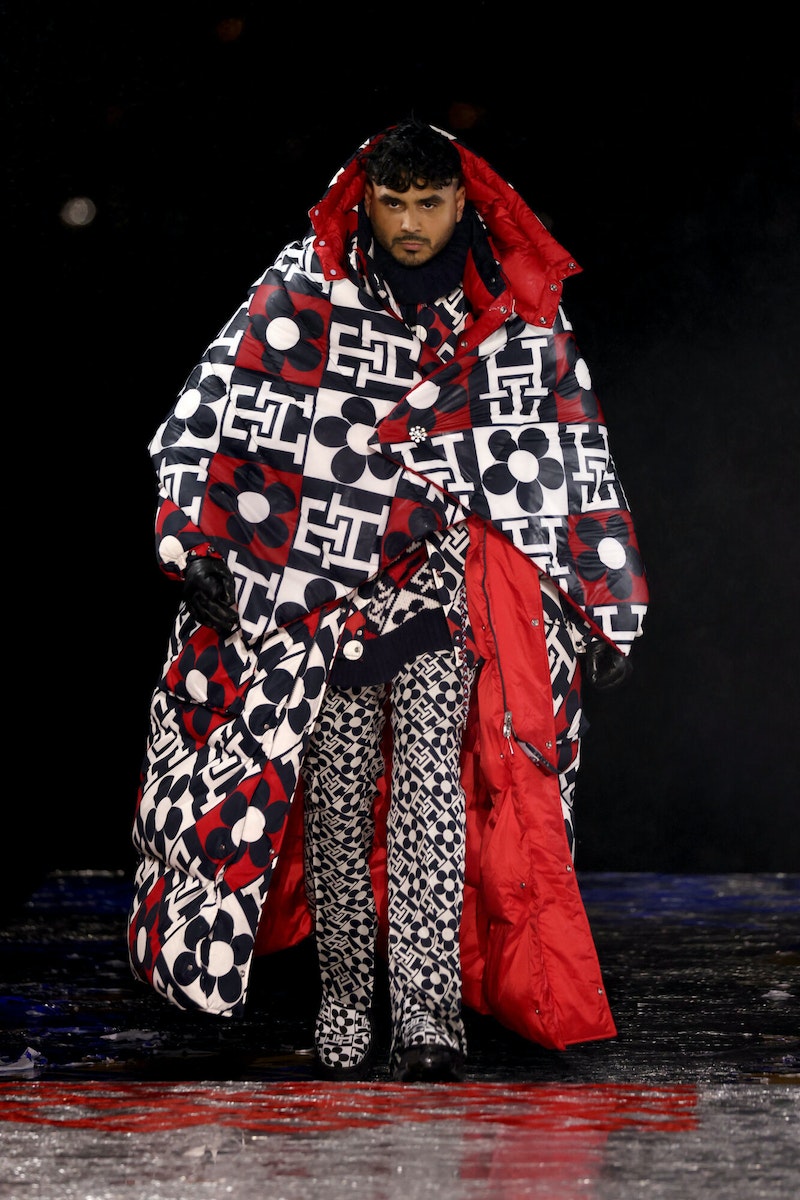 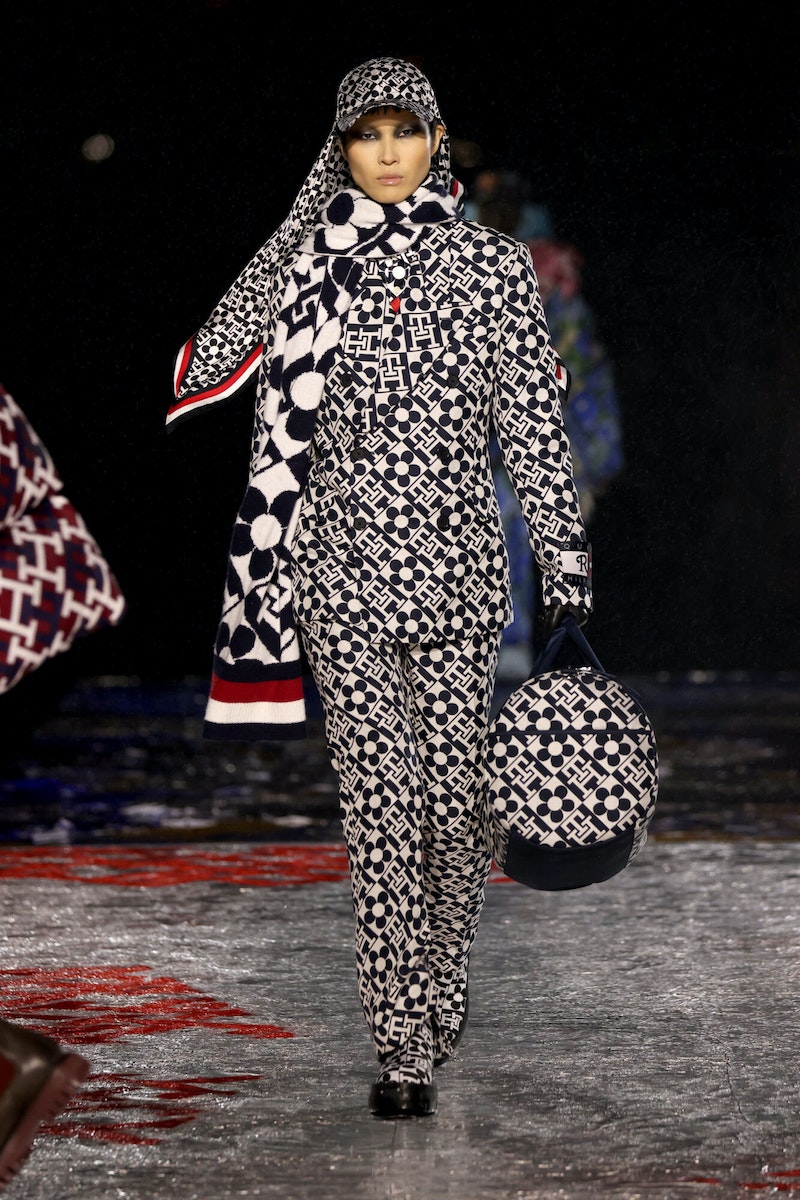 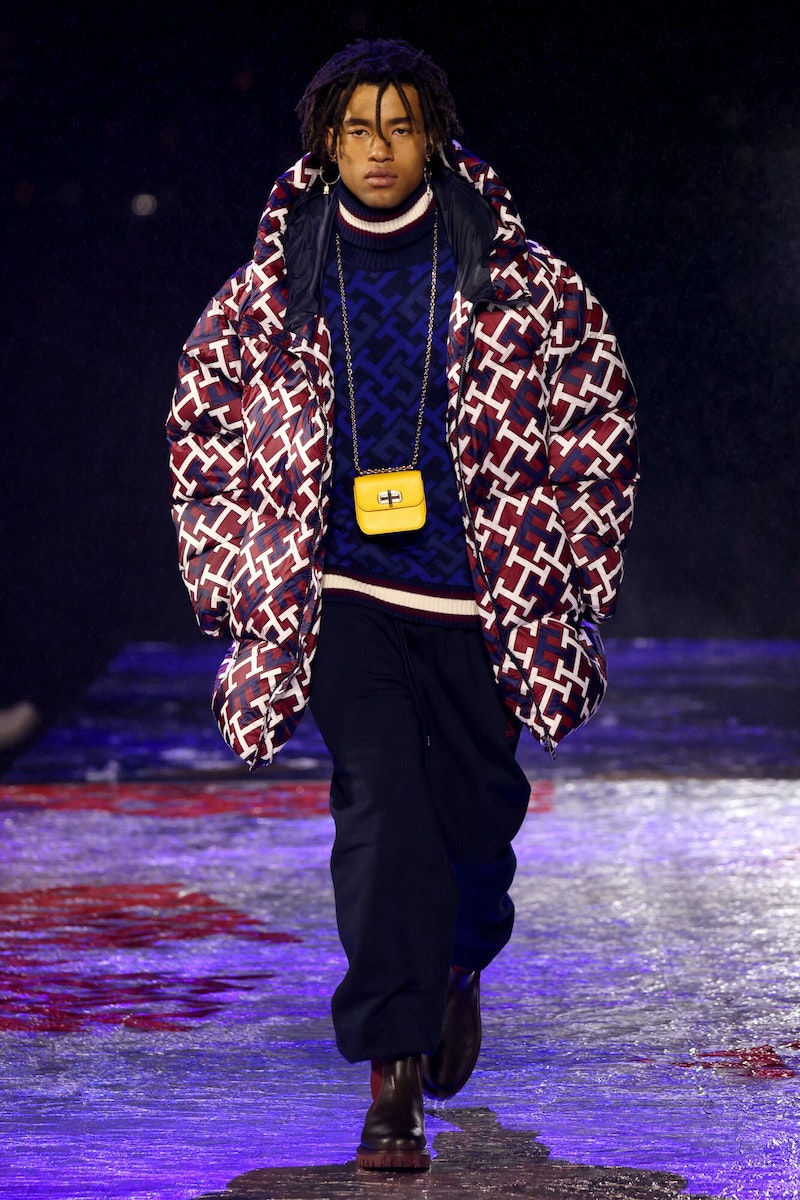 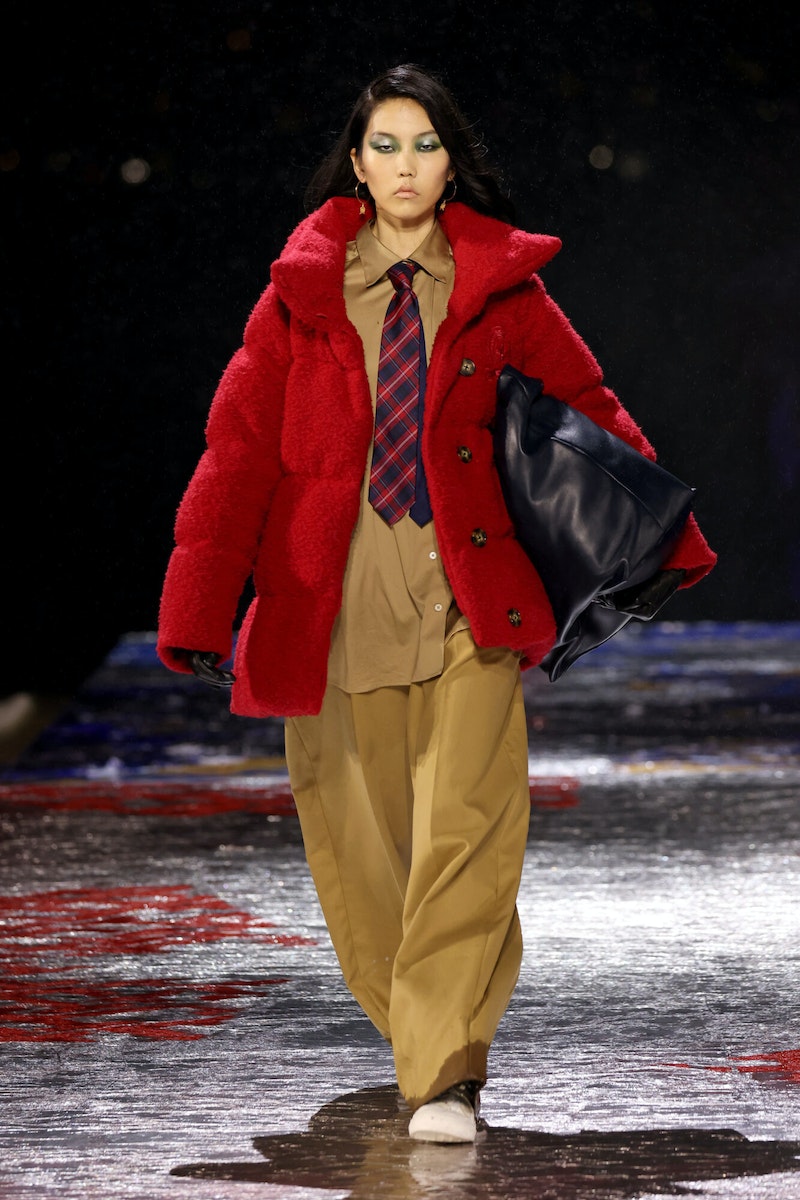 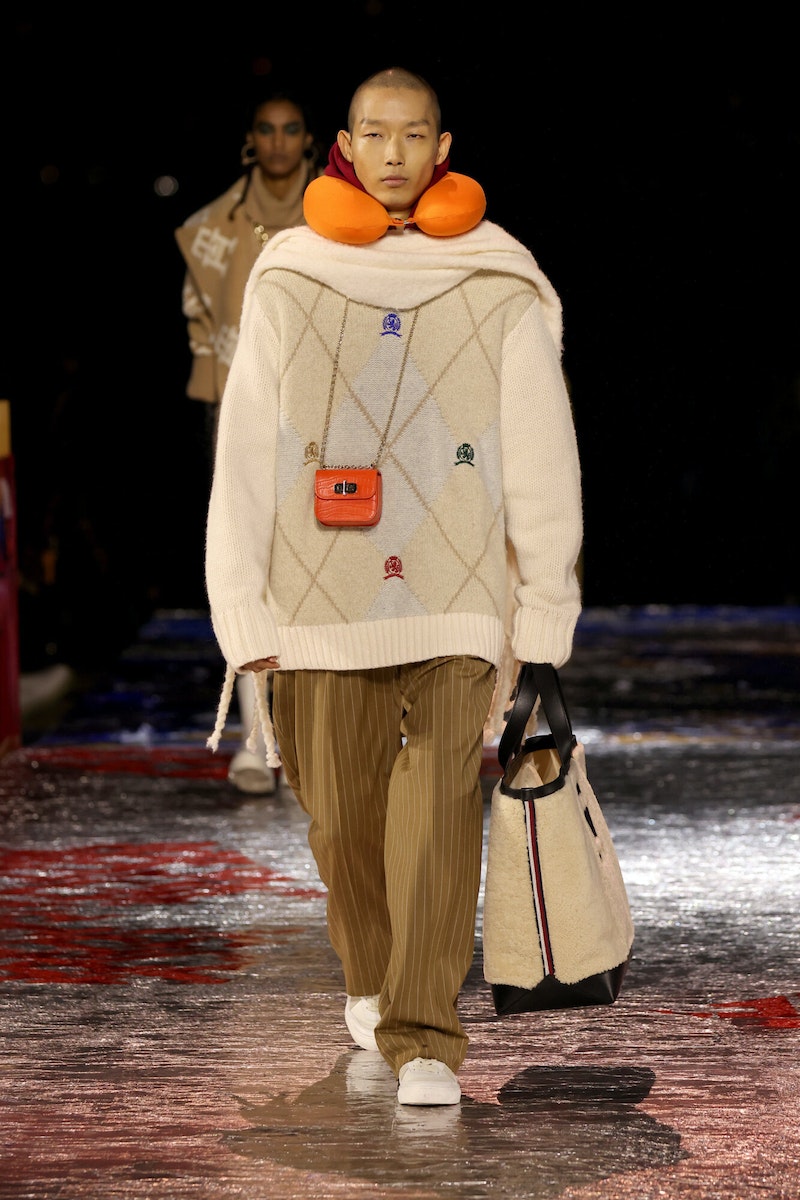 Taking place at the Skyline Drive-In movie theatre in New York’s Greenpoint on Sunday night, the rain crashed down on a show space decked entirely in aluminium foil; a reference to Warhol’s Factory studio, in which visitors could see works come together in real time.

Here, that coming together started with guests entering via the backstage hair and make-up area and continued outside where staff brushed away rain water from the runway, wiped down seats and handed out umbrellas to mega celebs including Kate Moss, Kris Jenner, Kourtney Kardashian and Travis Barker (names you could easily imagine a Warhol diptych dedicated to). However unintended the downpour may have been, the effect was to, almost literally, wash away the facade of a fashion show – revealing the intimate makings of it in the process. 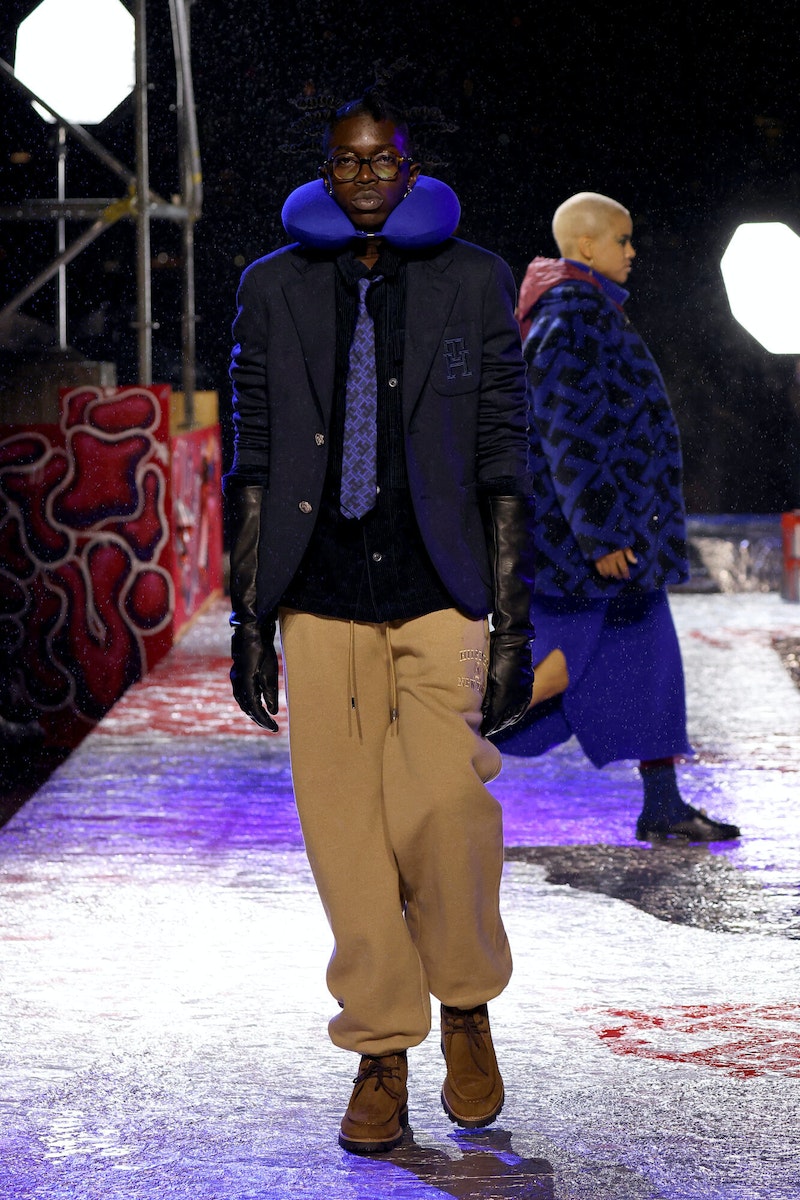 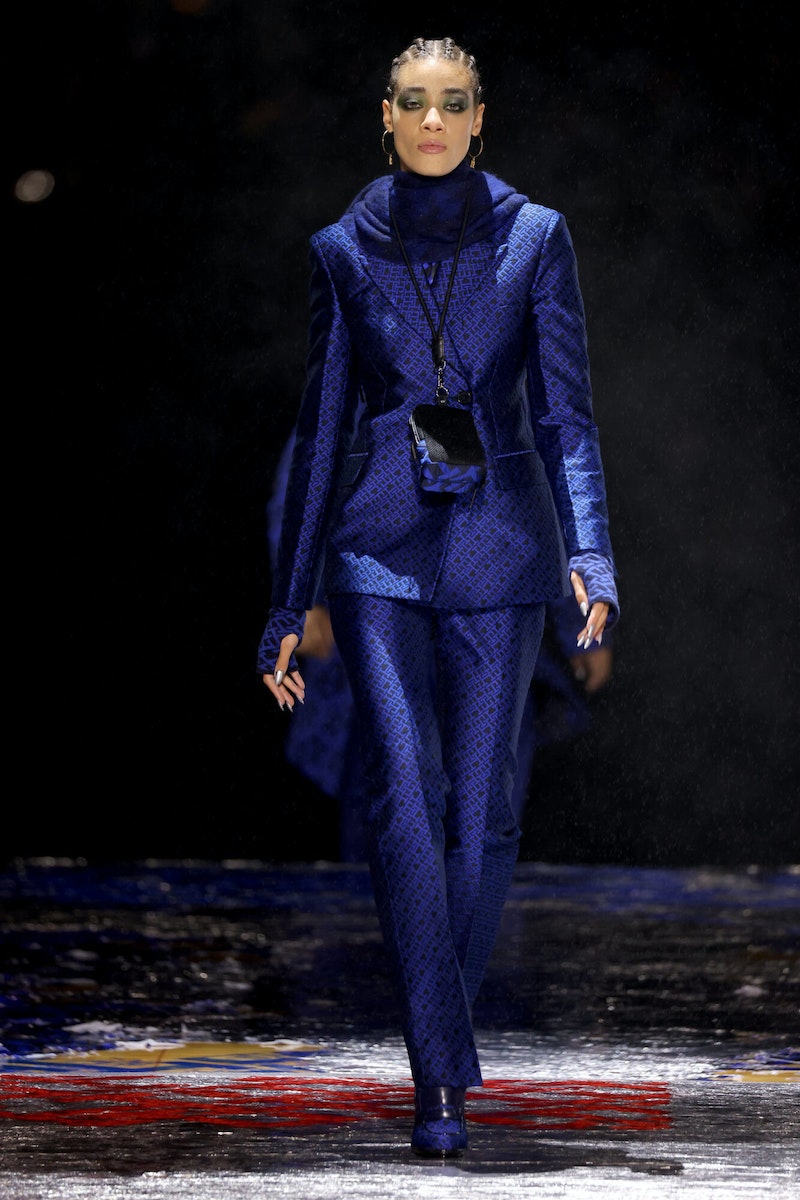 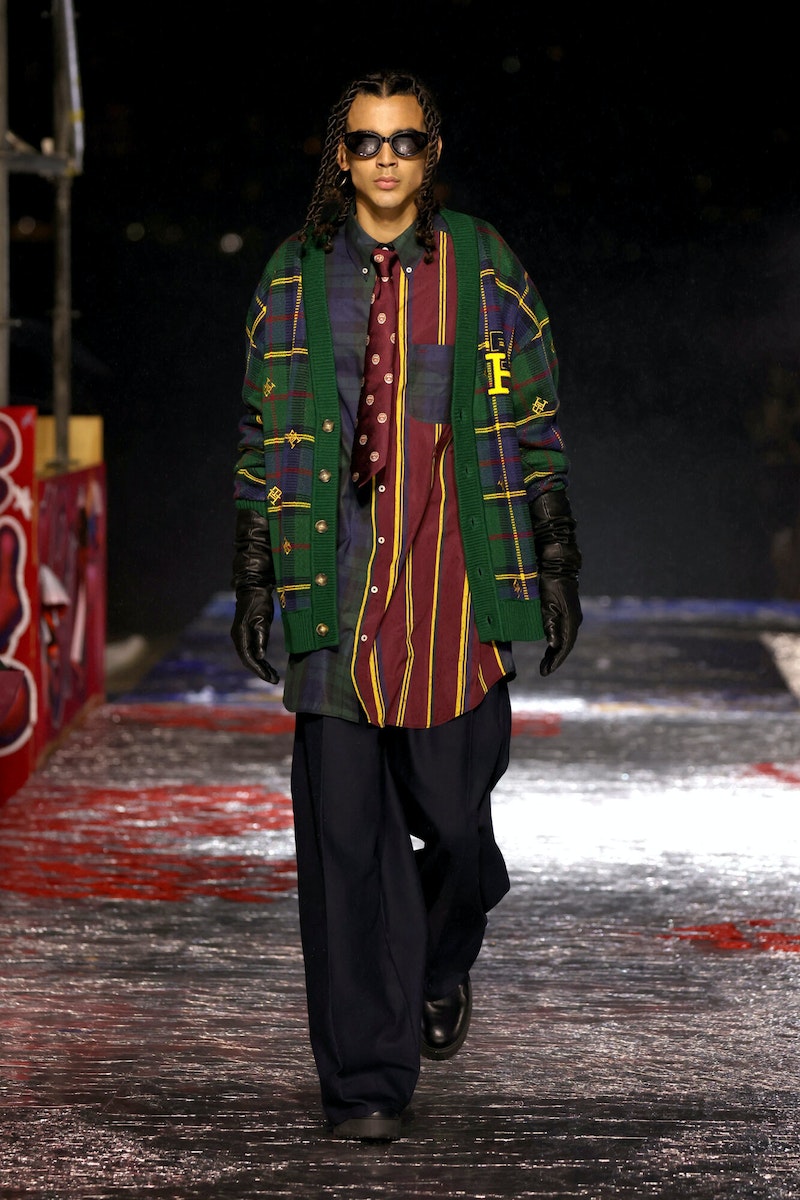 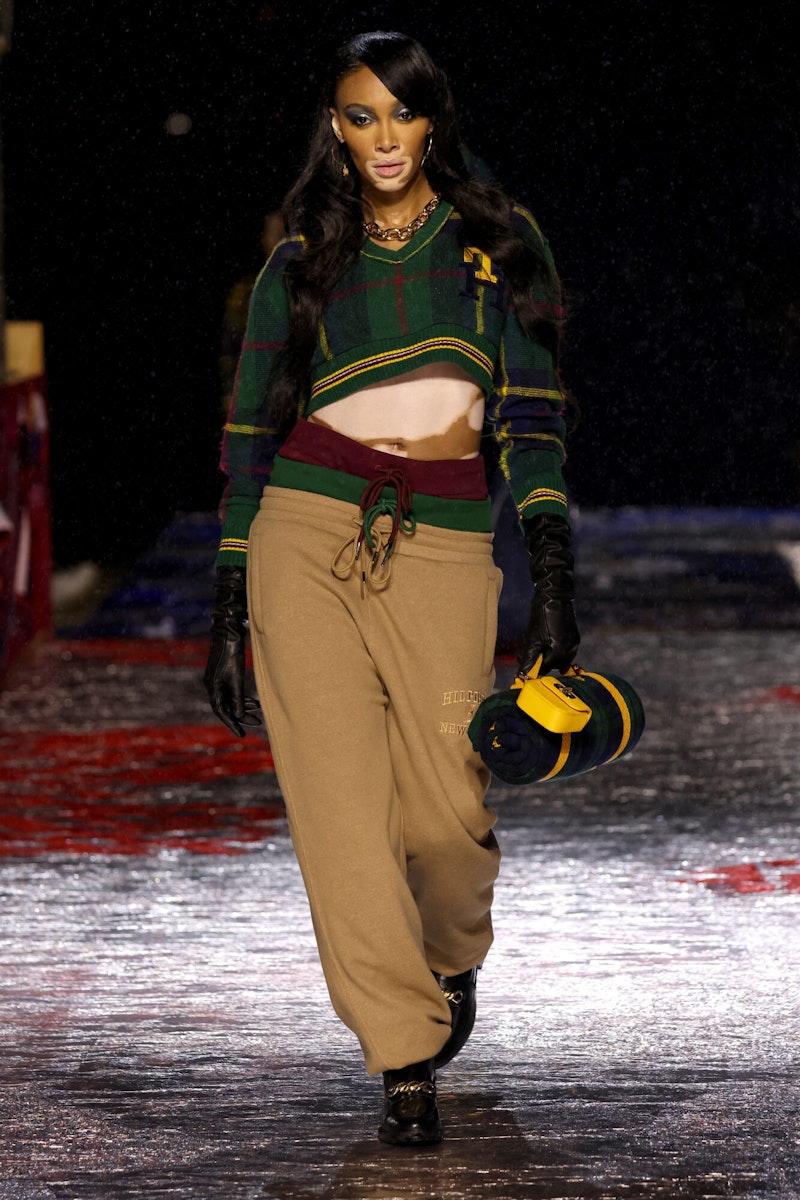 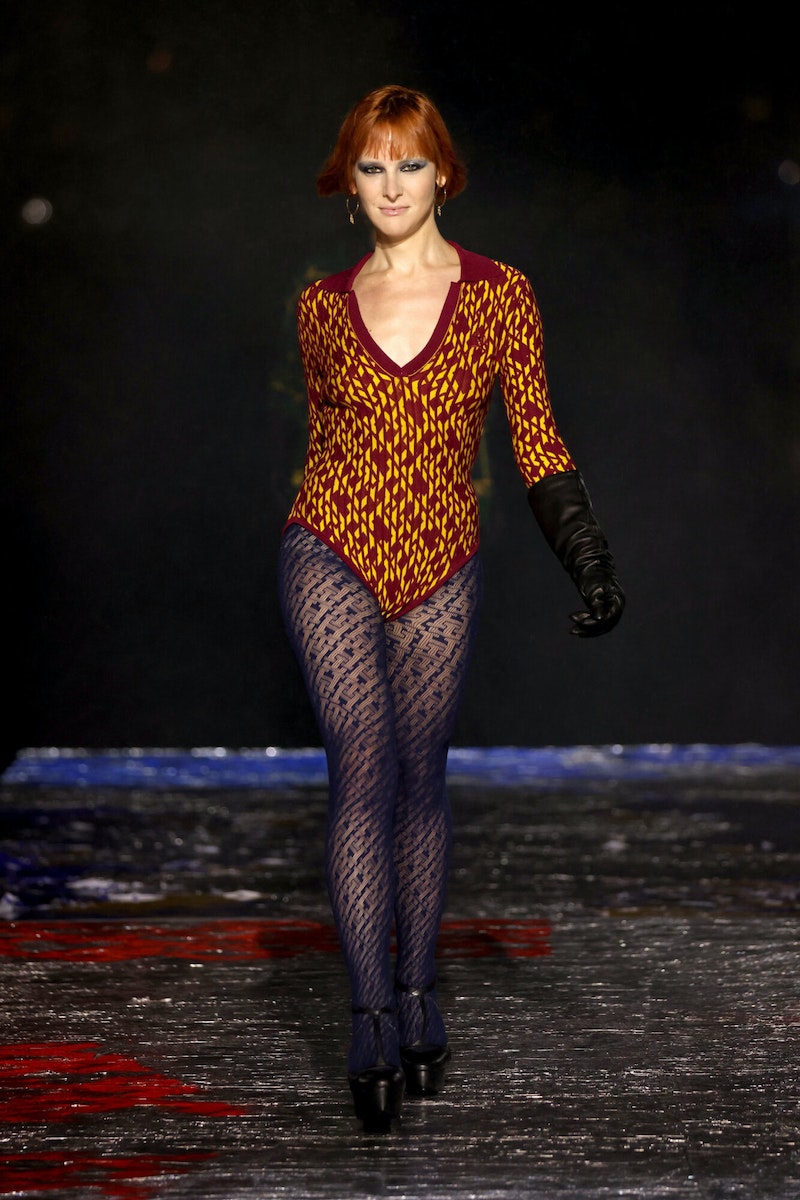 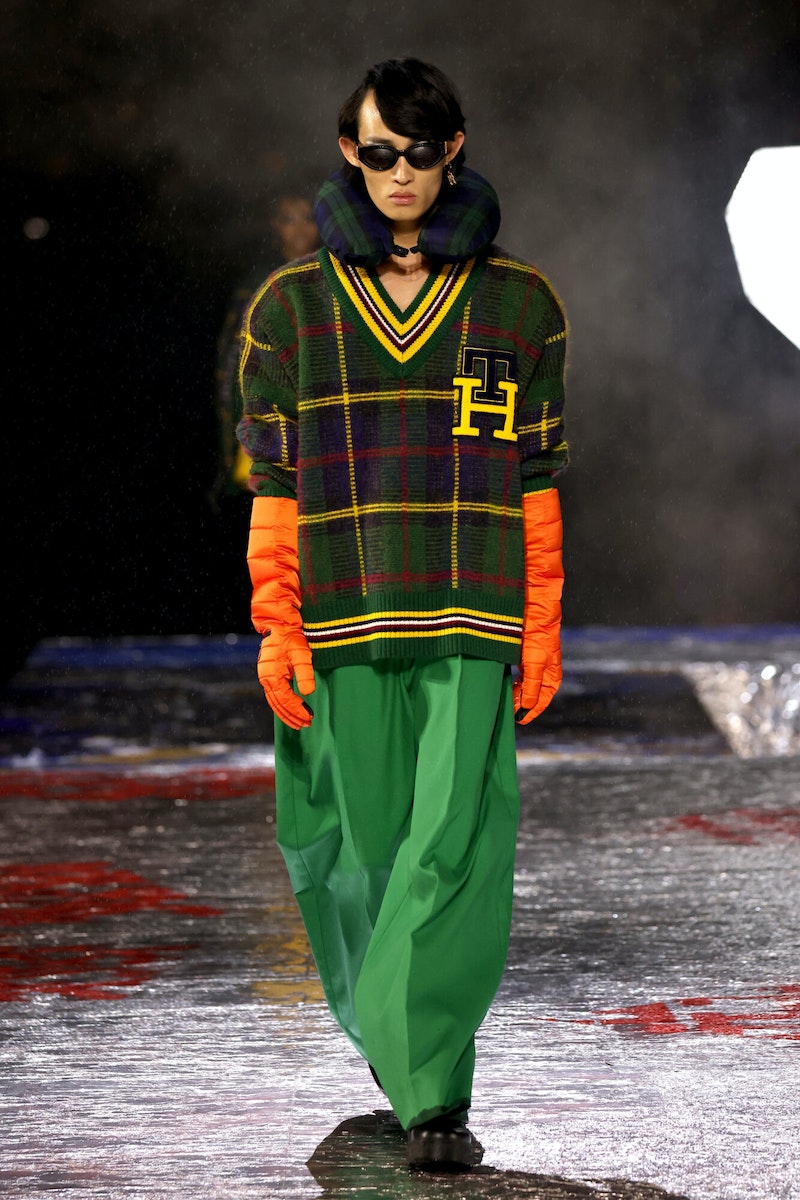 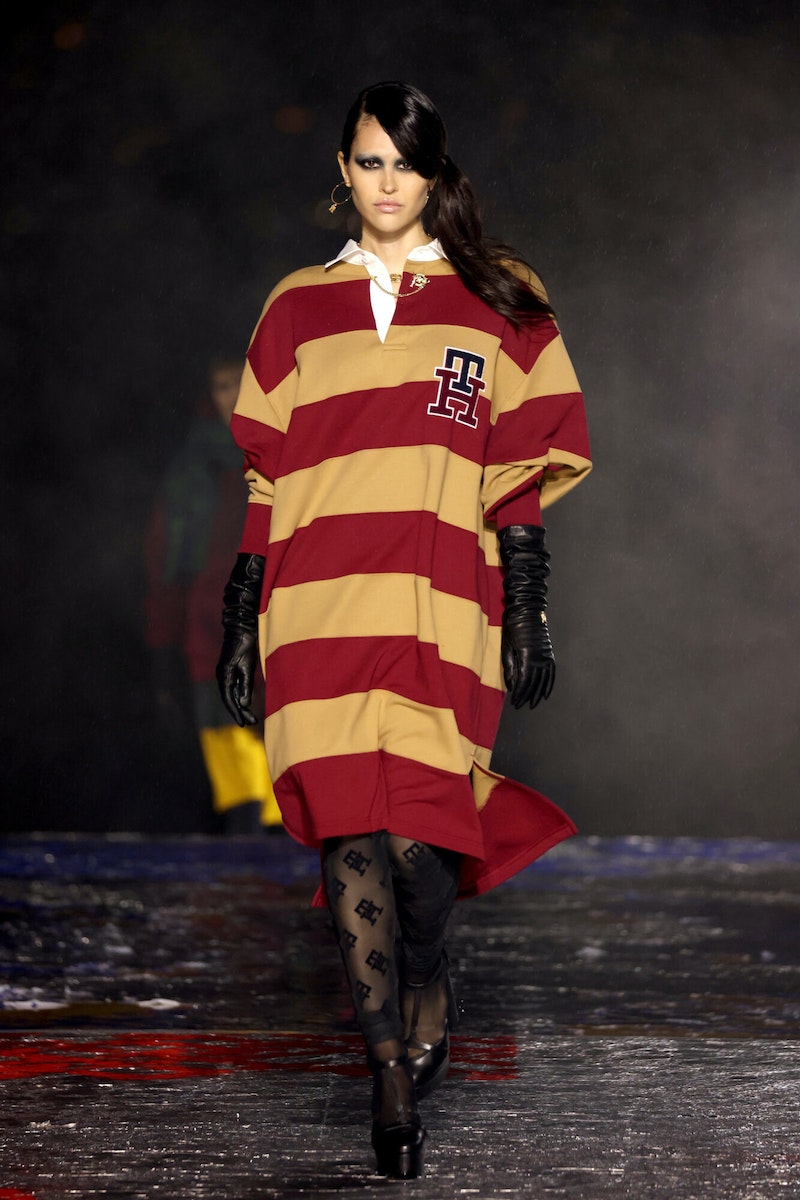 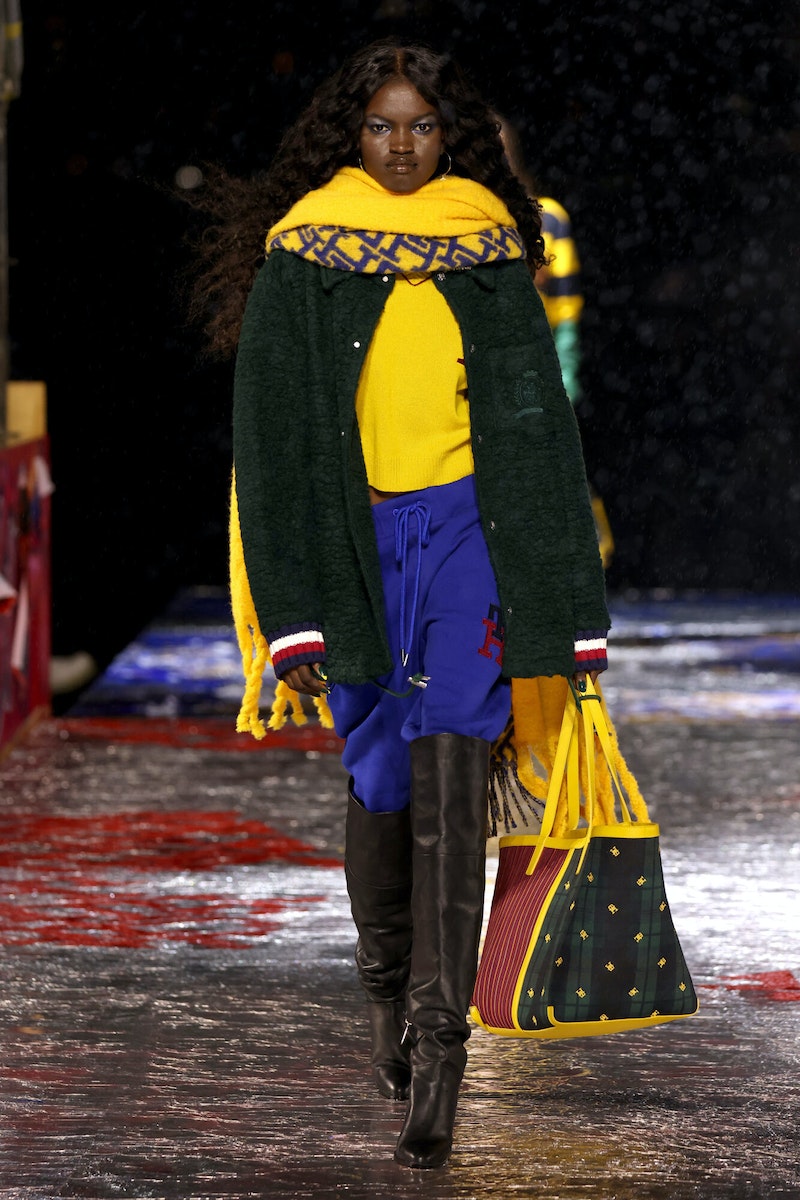 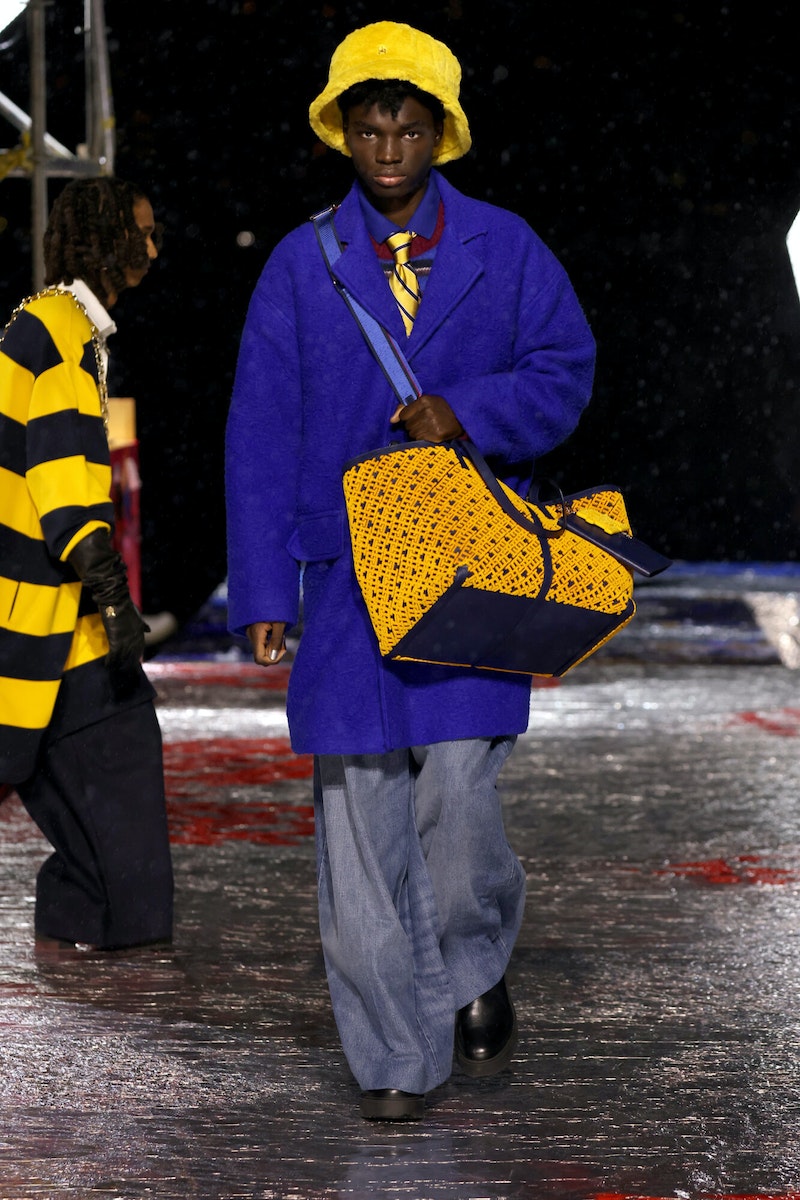 So, too, did the casting feel like names fit for a Factory 2022. Cool girls Paloma Elsesser, Hari Nef and Julia Fox joined former-Interview editor Bob Colacello, as well as Warhol Superstar, Donna Jordan, to model a see now, buy now collection that debuted a new TH monogram – designed in partnership with Fergus Purcell (Aries, Palace) – as well as a gender-inclusive collaboration with British designer Richard Quinn.

Quinn’s designs have often subverted expectations of high fashion, his use of interior patterns used to striking effect on the exterior of a garment; his silhouettes enlarged and exploded, again, displaying the Warholian workings of the piece. Here, he was deployed to breathe new life into old American archetypes, pulling them into the 21st century via a poppy, larger-than-life update (that was, rather fittingly, streamed via the very 21st century Roblox).