Everyone loves a get-rich-quick crime caper. Now the most famous of recent years – that of fake Russian heiress Anna Sorokin – is the subject of a new two-hander, Anna X, at London’s Harold Pinter theatre.

“It’s about a woman who comes to New York from unspecified origins and she’s very charming,” its writer, former journalist Joseph Charlton, says of a character who faked her way around New York stealing $200,000 from the city’s wealthy elite, before being exposed in a much-shared New York Magazine feature in 2018.

Sorokin was subsequently arrested and sentenced to up to 12 years in prison (she was released in February, rearrested a month later for overstaying her visa and is now waiting to be deported to her previous home of Germany).

The story is at the crux of an upcoming, much-anticipated Netflix series Inventing Anna, produced by Shonda Rhimes and starring Julia Garner. But it’s the 25-year-old breakout star of The Crown, Emma Corrin – who played Princess Diana for two seasons – who is the first to give her take on the character in her West End debut. 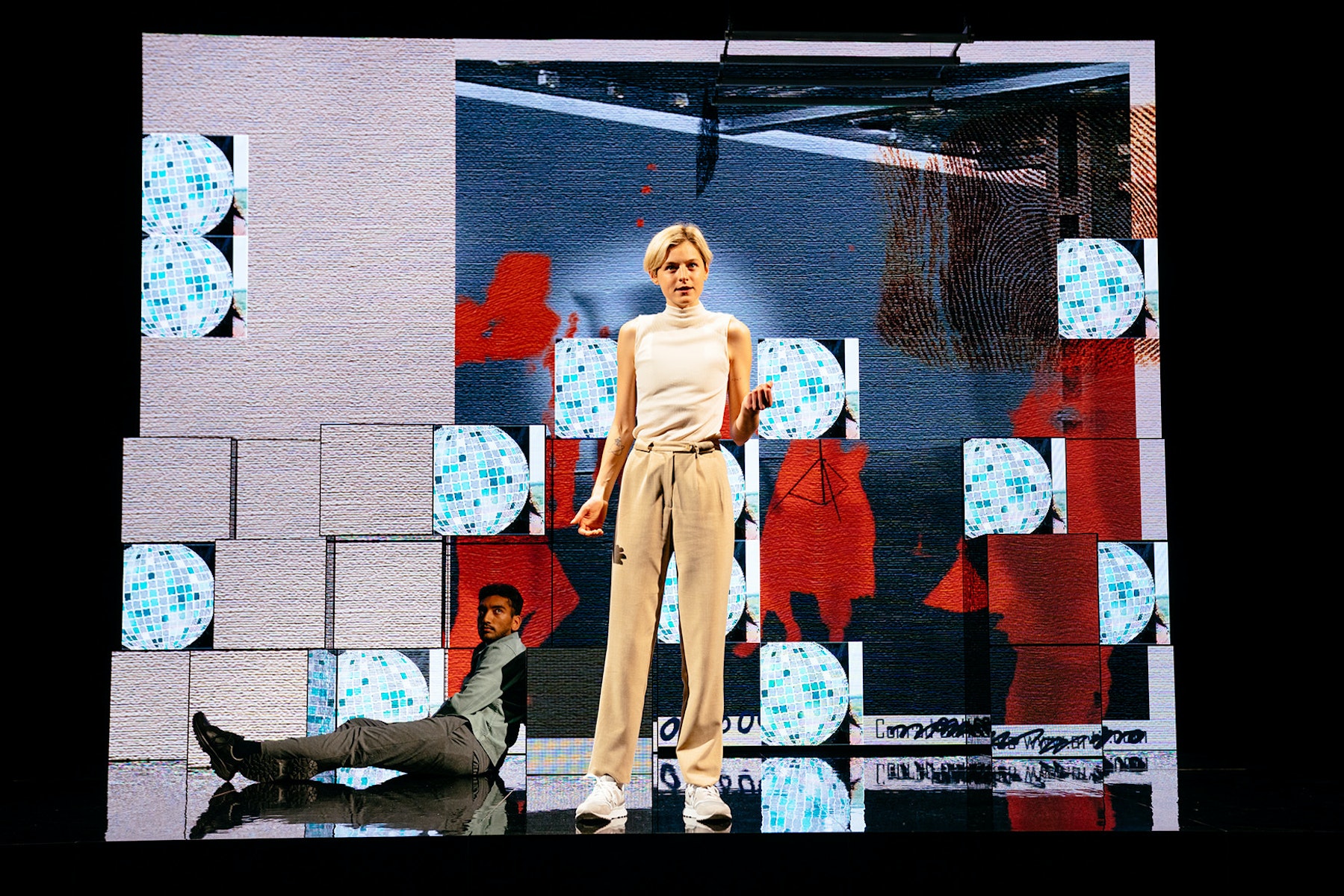 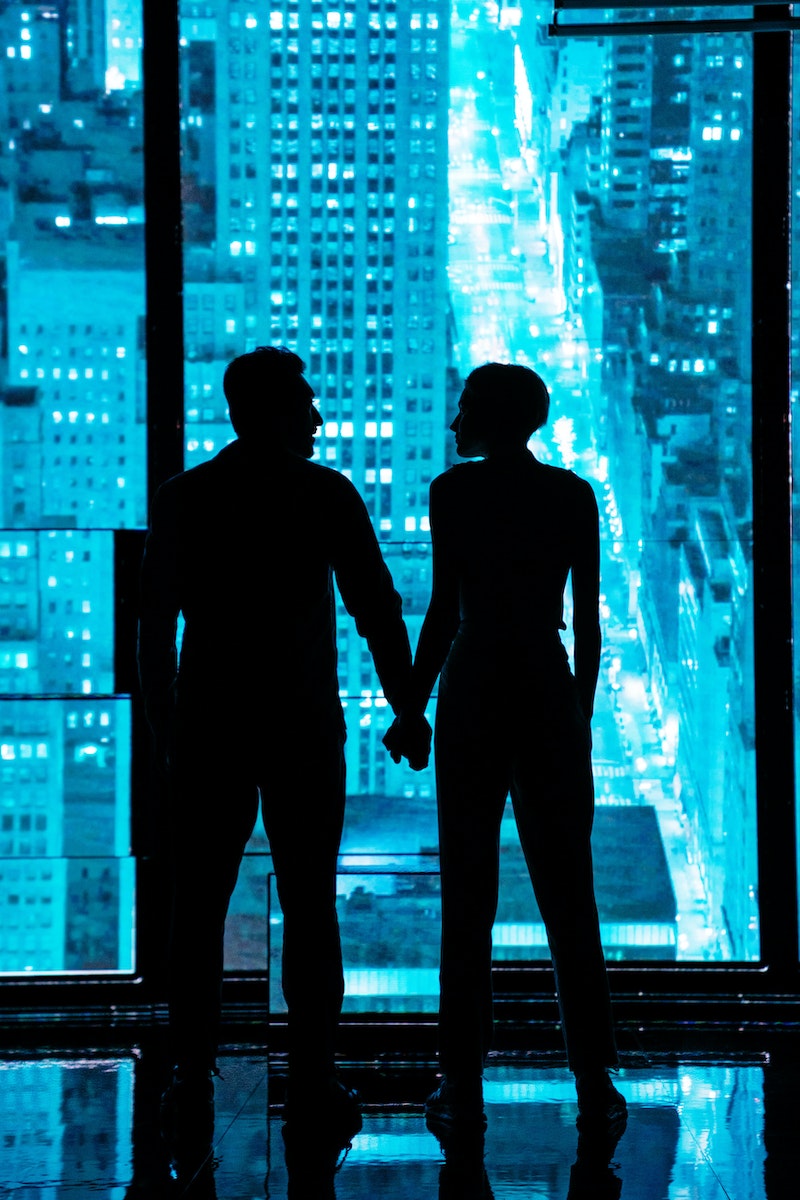 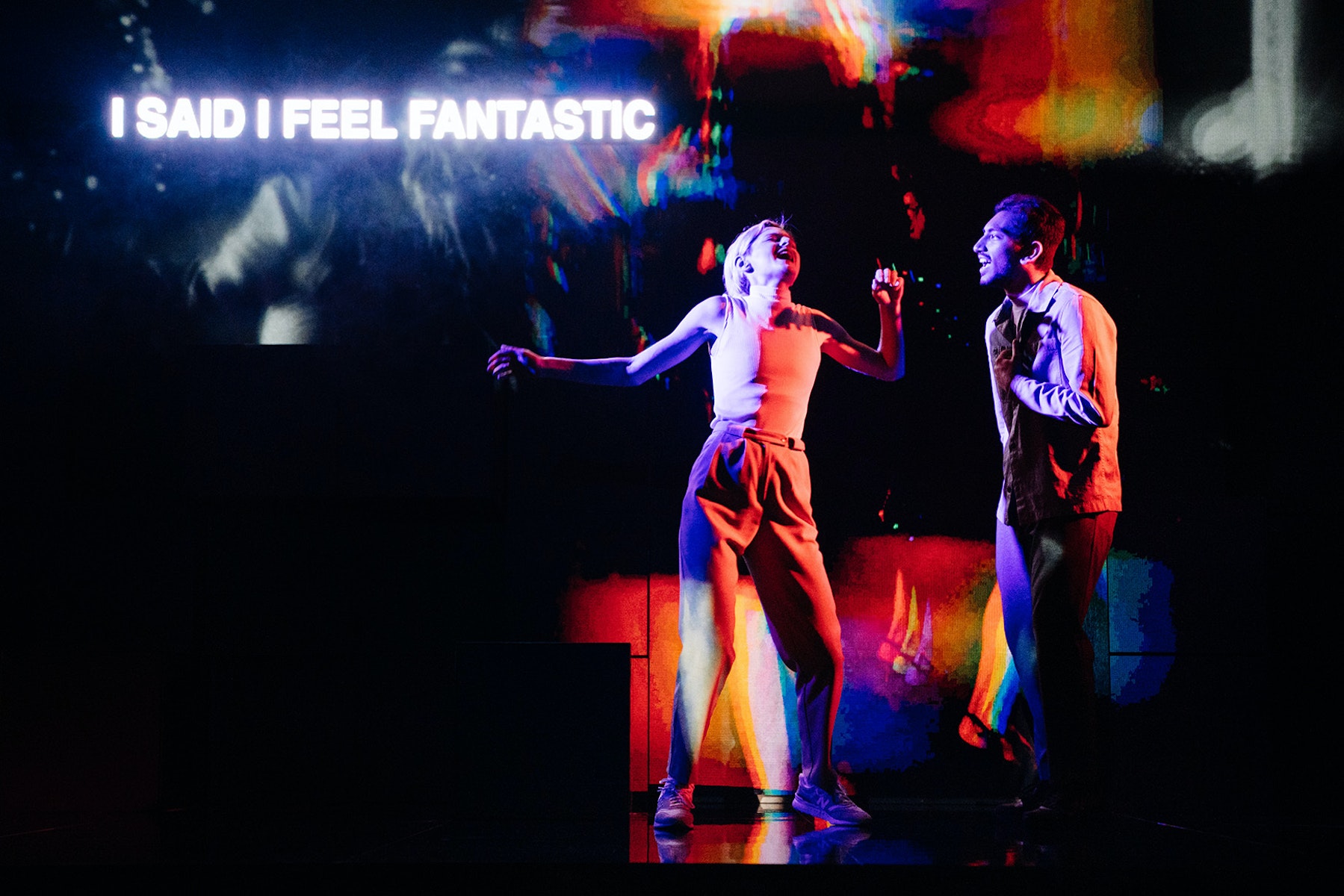 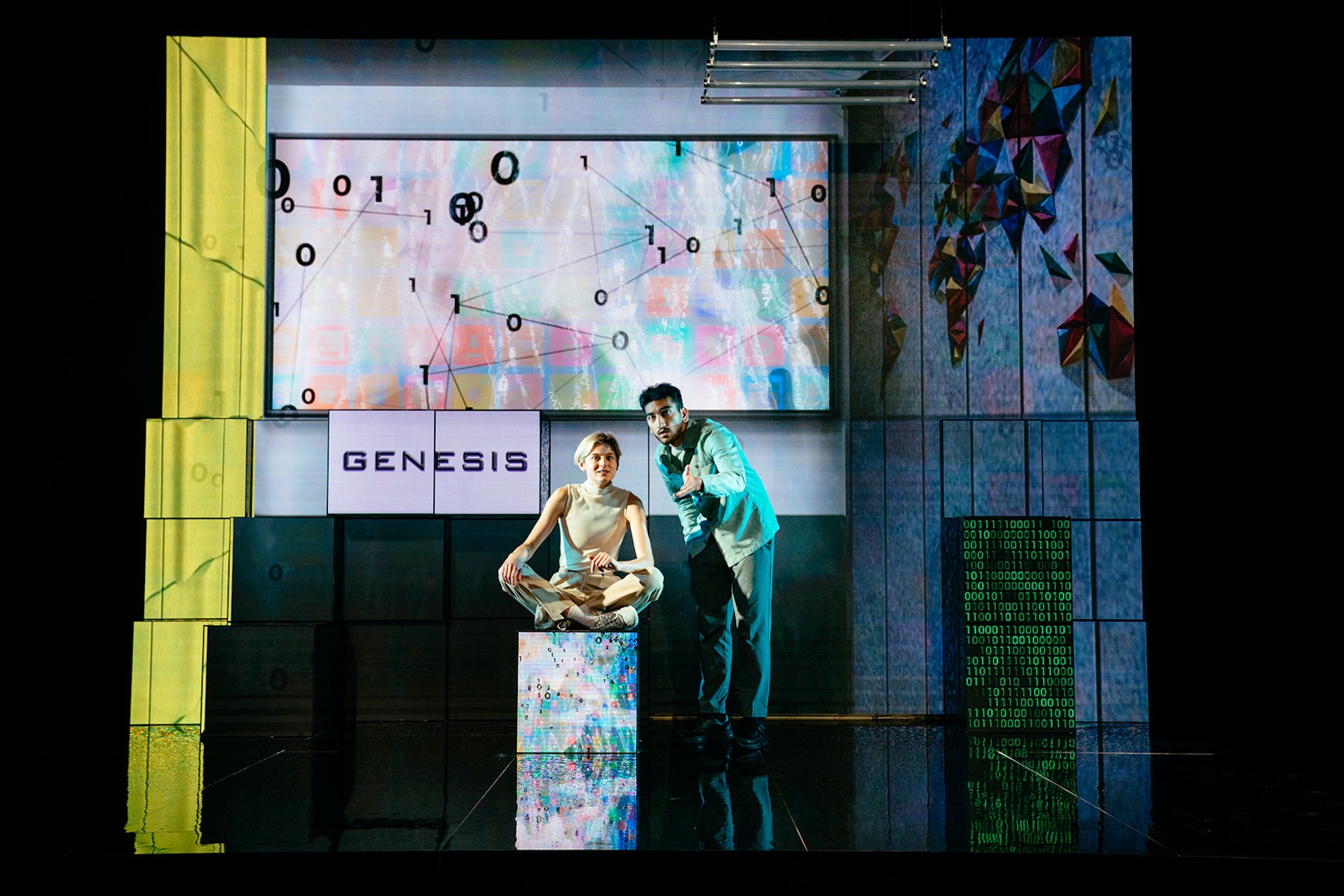 Beginning with Anna and Ariel dancing in a nightclub, with strobe lighting illuminating the theatre, the play pokes fun at New York’s superficial yuppie culture. Charlton paints Anna as a narcissistic genius who reels off Damien Hirst quotes and points out works by Jeff Koons. There are moments of laughter, thanks to Charlton’s playful writing, as well as a stellar performance by Corrin.

She embodies Anna as a stiff-nosed heiress who speaks with a firm Russian-English accent, and delivers crowd-pleasing impressions of Ariel’s ex, who has a warm American midwestern drawl, and Marcus, a weed-smoking tech bro working at Genesis.

It’s thrilling and intoxicating, with the only critique being that the ultra-immersive set – with video projections jumping from moving cityscapes to nightclubs and dingy elevators – occasionally detracts from Corrin and Rizwan’s impressive monologues and on-stage chemistry. However, Charlton’s razor-sharp storytelling and Corrin’s perfectly-timed quips make this a must-buy ticket.

Or, you know, you could always scam your way in. 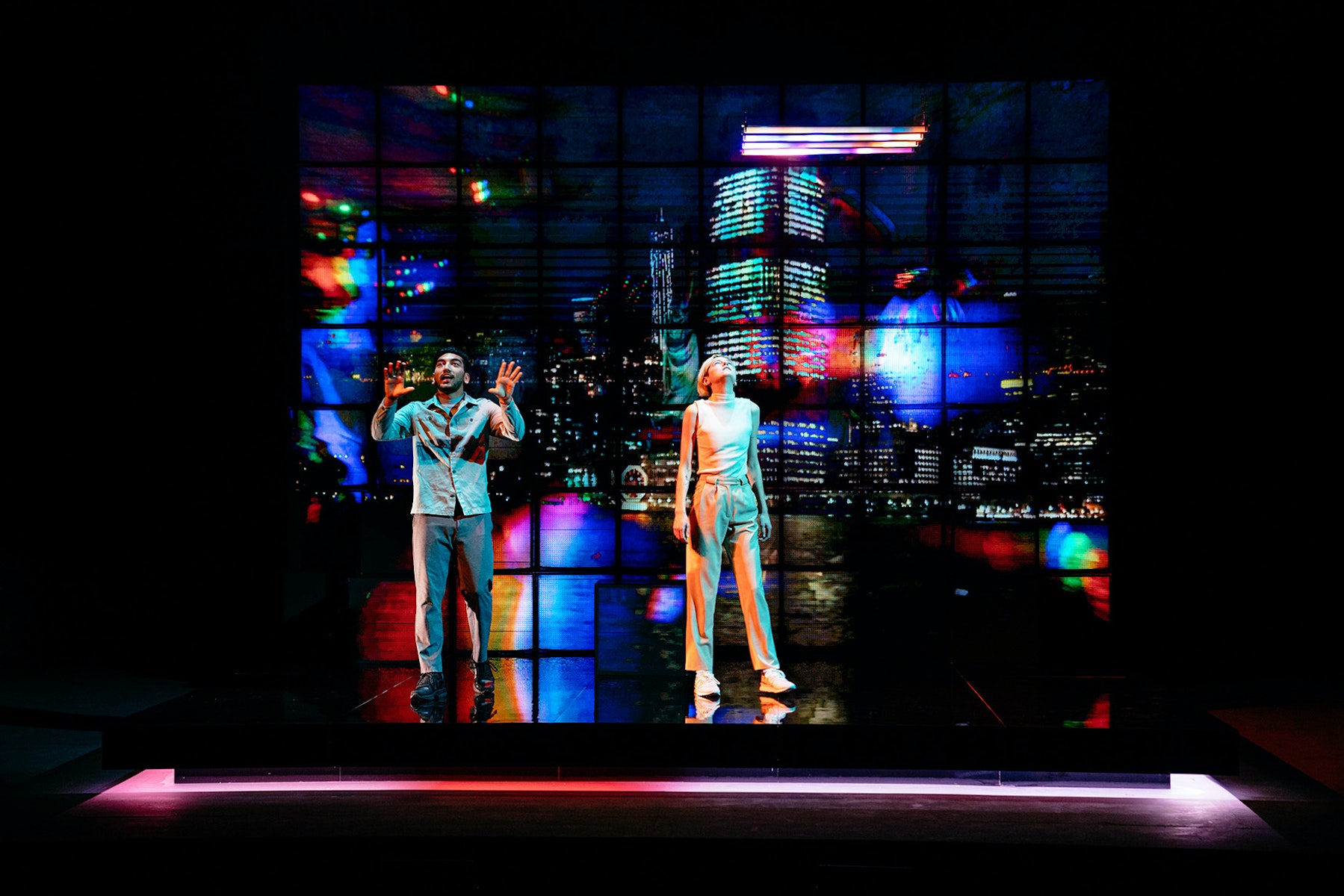 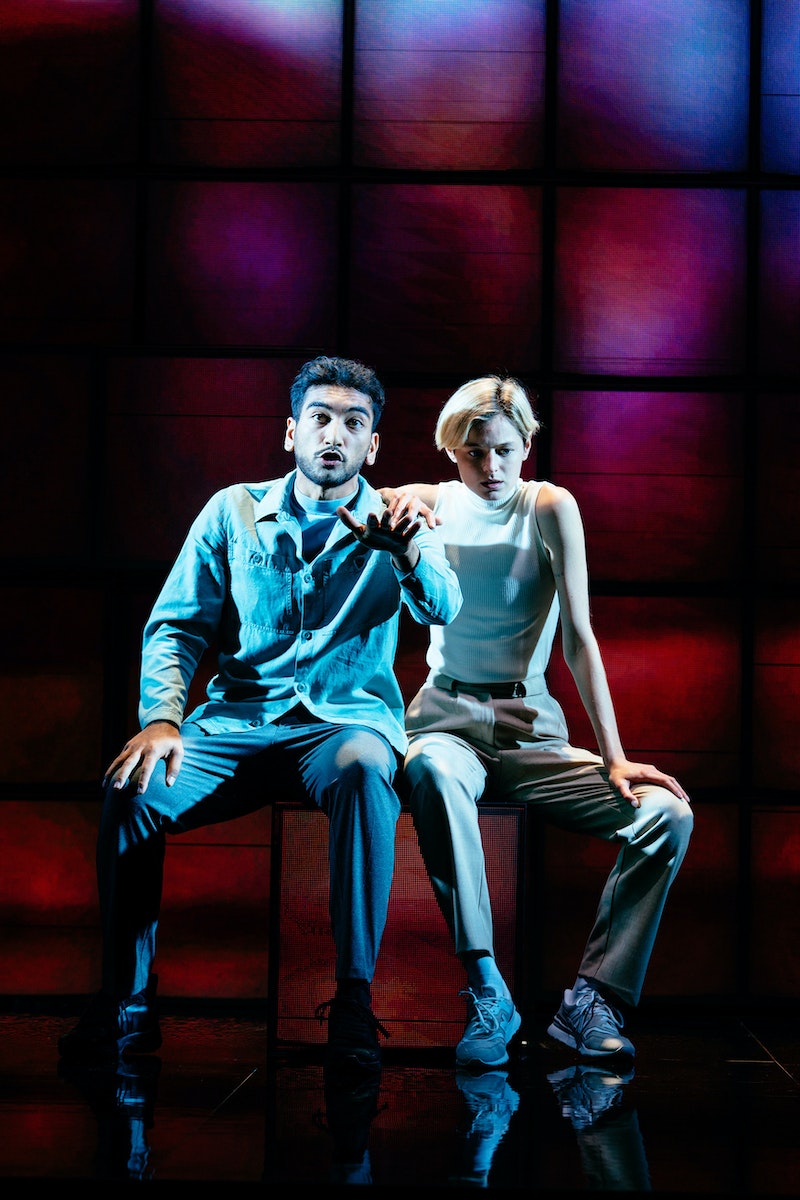 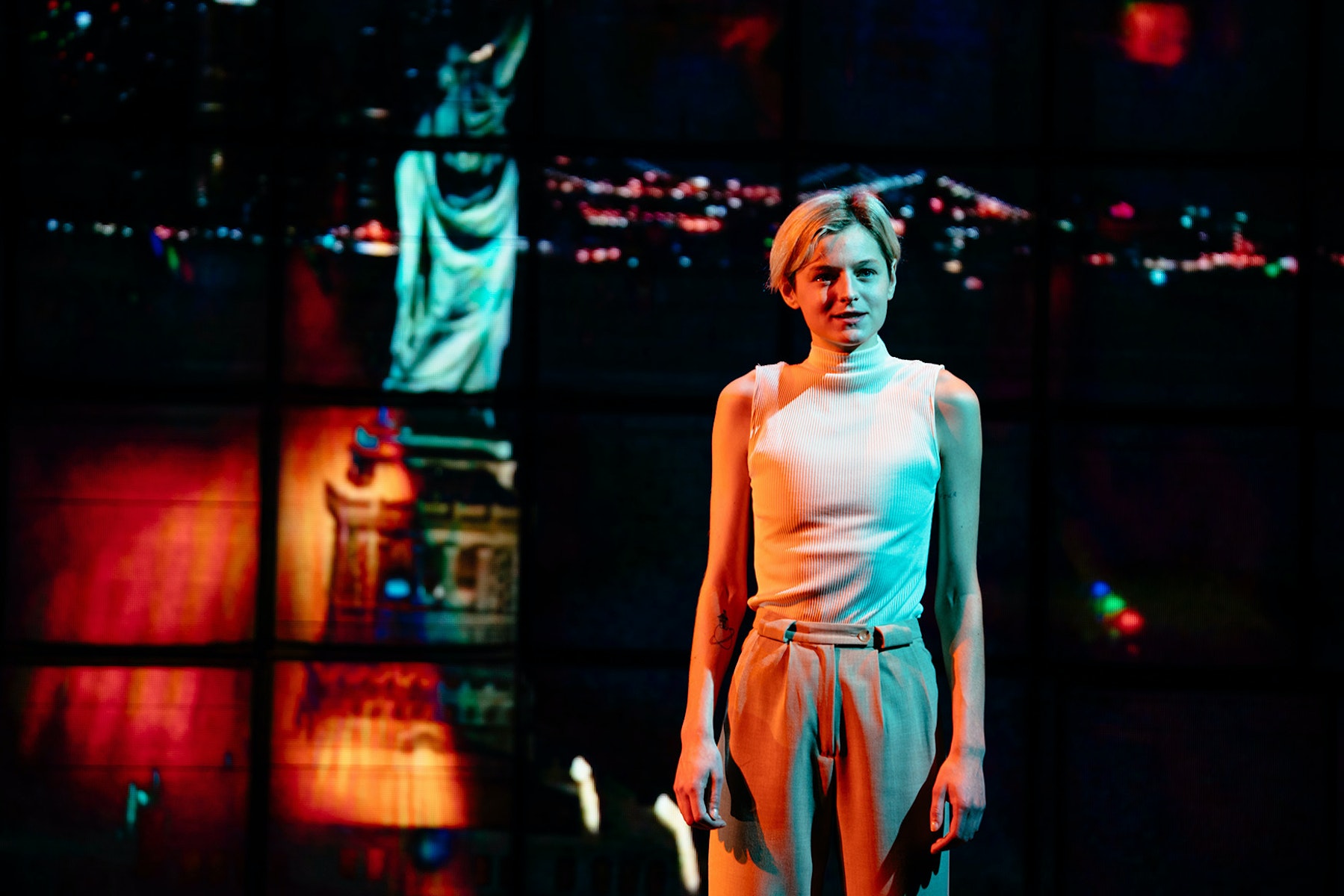 Anna X is at the Harold Pinter Theatre, London, from 10th July – 4th August and the Lowry, Salford, from 10th to 14th August.