Right before the start of Lockdown 1.0, I interviewed musician James Righton. The ex-Klaxons man, winner of the 2007 Mercury Prize for his former band’s ​“New Rave” debut Myths of the Near Future, was preparing to release his first album, the slinkily brilliant The Performer, under his own name.

Going solo, he admitted that he’d feared being judged not on the merits or otherwise of his old group but on his wife: Keira Knightley. But the musician had concluded that ​“life is too short” to worry about any snarky comments from online dunderheads dismissing him as an A‑Lister Plus-One.

“Literally, I just don’t give a shit as much anymore,” he said with a cheerful shrug. ​“I just make the stuff. I’m really good friends with this comedian Simon Amstell, and he’s like my therapist. He says: ​‘You make stuff, you put it out and you have no control over anything else.’”

Eighteen months later, I’m sitting with this comedian Simon Amstell at (hopefully) the end of Lockdown 3.0. Aside from approving mention of Righton’s ​“sleazy, sexy vibe” on current single Release Party, once again the conversational topic is therapy: Amstell’s own, mainly, as analysed in his autobiographical 2018 film Benjamin, which he wrote and directed (and for which Righton wrote the music), and in his 2019 Netflix stand-up special Set Free.

In the deftly observed, beautifully acted former, Colin Morgan (The Fall) played a version of the 41-year-old from suburban East London. Benjamin was a filmmaker struggling to finish a follow-up to his acclaimed indie breakthrough, while also struggling not to be an insecure bellend in relationships.

In the latter – a gentler, more reflective style of comedy from the onetime TV presenter who brought larky, sarky punch to Popworld and Never Mind the Buzzcocks – Amstell goes into confessional comedian mode: the musician who dumped him, the troubles with his dad, the sessions with a therapist, the ​“mild eating disorder” where he ​“tried a bit too hard to poo”.

In response to that last joke, Set Free​’s live audience, filmed at EartH in Dalston, East London, laughed, but not that much. As the man said: you make stuff, you put it out, you have no control over anything else.

Now, in his upcoming live show, there’s more therapy, of the self-medication kind. Amstell’s 39-date Spirit Hole tour, running across England and Wales this autumn, is billed as a ​“blissful, spiritual, sensational exploration of love, sex, shame, mushrooms and more”.

Amstell is wearing a straw hat, sunglasses and an on-hols-in-France shirt as we talk at a picnic table in Parliament Hill on Hampstead Heath, near the North London home he shares with his boyfriend of 10 years. He’s been workshopping his new set in small venues for a few months now, the most recent one the previous night. His partner attended and pronounced Spirit Hole a ​“very good show”, much to Amstell’s relief.

“He’s very critical,” he says, happily. ​“And he’s an economist, so he doesn’t waste words.” 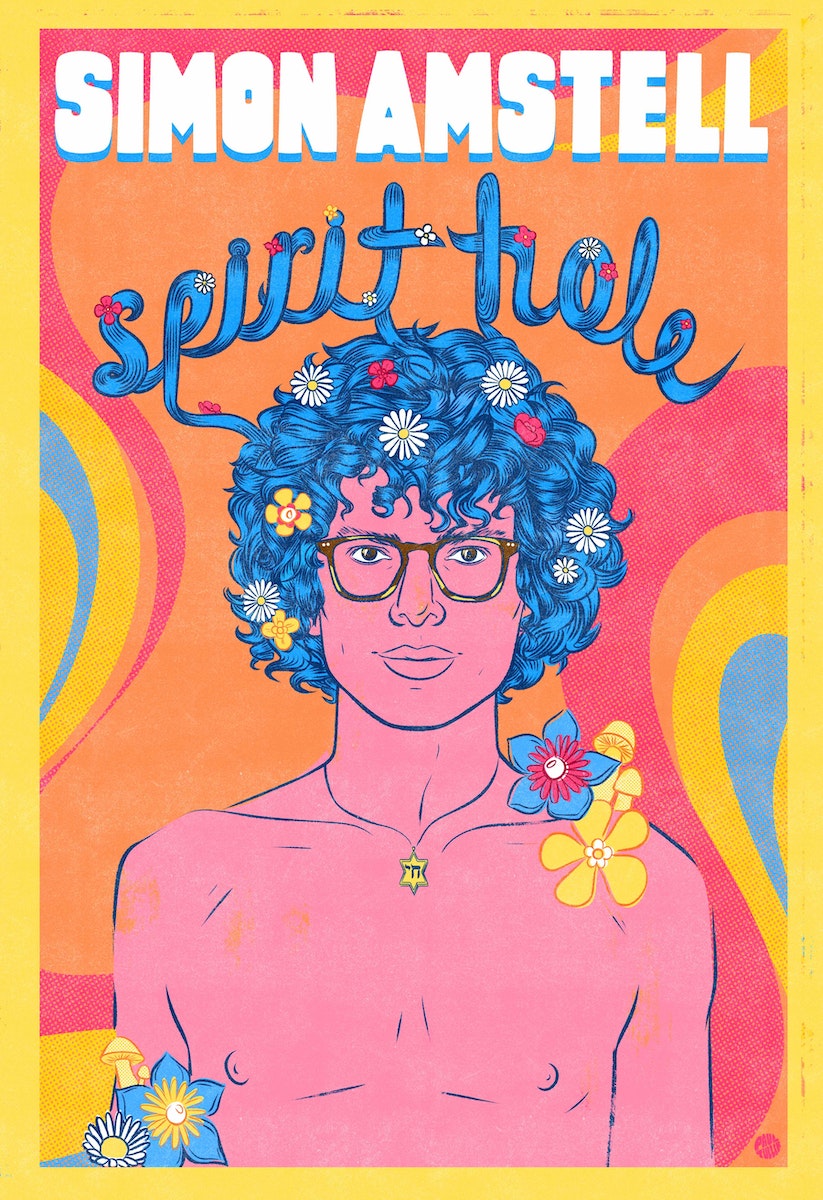 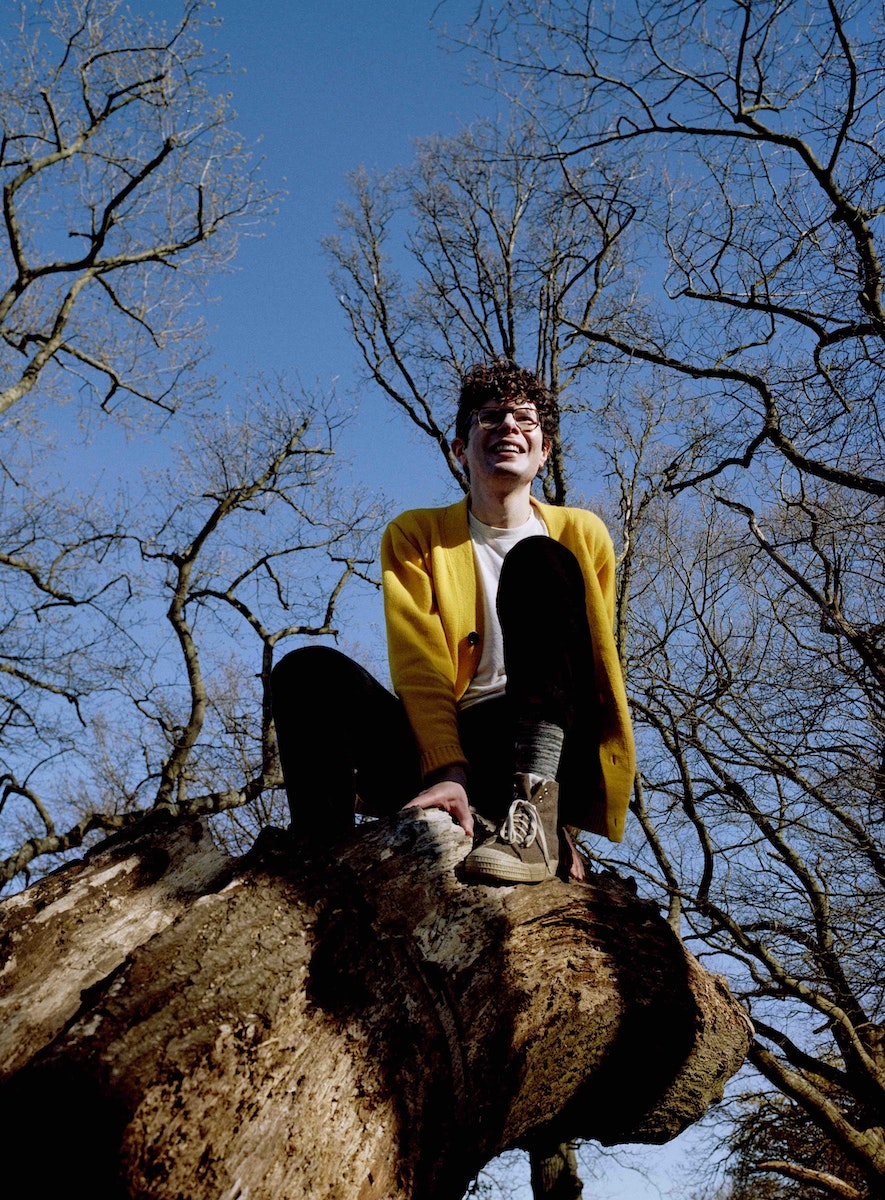 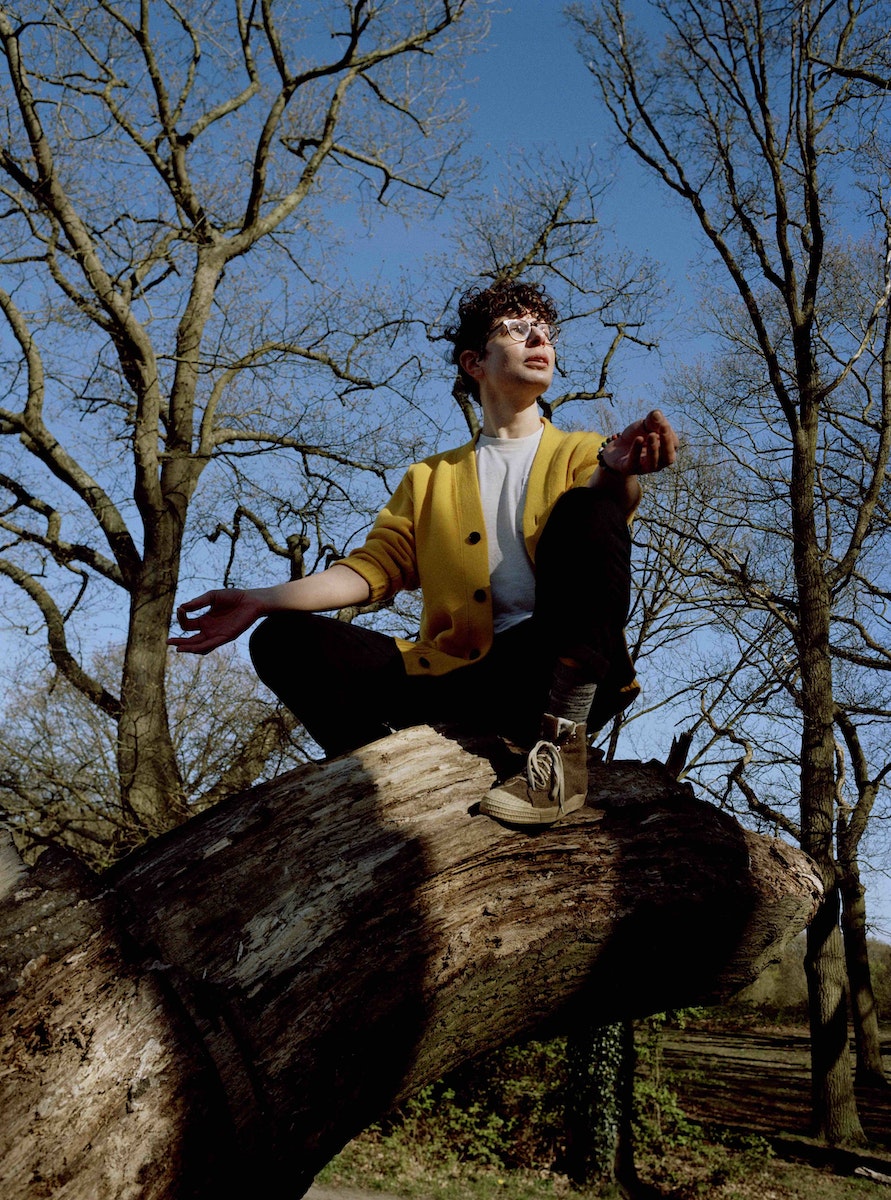 Spirit Hole – how informed is it by lockdown?

I’m not talking much about the pandemic at all, really. But I am talking about feelings that came up as a result of being inside for a while – and I’m talking about coming here to the Heath and eating magic mushrooms quite a bit. But it’s not like I’m doing a news report on Covid. That’s a relief, right?

What was it about mushrooms that, shall we say, spoke to you in lockdown?

I was very lucky in that, before the pandemic, I’d been on an ayahuasca retreat in Peru, where I’d learned to surrender. And so when the pandemic happened, it wasn’t long before I remembered that surrender was the only option! And then by some strange coincidence, mushrooms seemed to come into my life as this medicine that was available here.

What was the connection?

I’d had a real struggle around being so healed by this plant medicine in the jungle, and feeling like: ​“How am I supposed to talk about this in any way that is helpful, without it just being this annoying thing that most people can’t do?” But then I rediscovered magic mushrooms, which are growing out of the ground in this country. And it was this great relief that there was medicine available here! For free if you know the right fields!

Why did you go on the retreat?

About 11 years ago I kept hearing the word ​“ayahuasca” and eventually I thought I just needed to go and experience it. And it really got to the root of my depression and I felt reset at the end. It was so profound and healing. You surrender to the medicine and the medicine takes you to where the depression came from. Rather than resisting the pain and trauma, you sit with it. And through sitting with it, it’s released.

And then you were ​“called to” the mushrooms?

Yes. They seemed to continue the work that was started in the jungle, which felt even more necessary when the pandemic started. But I can’t really describe what they did! There was a point where I said to the mushrooms: ​“Don’t worry if this doesn’t make sense.” And they went: ​“Oh really?” Then I was really shown some things!

Well, I feel like I’ve come out of the whole thing knowing things I didn’t know before, and that’s all gone into the new show. The wisdom that I gained from all this plant medicine is now jokes!

You were on Popworld between 2000 and 2006, alongside co-presenter Miquita Oliver, glorying in the innate daftness of pop. How was it for you?

It took a while for [the producers] to trust us. But after a year, it was really fun and silly. We were on a real mission to be truthful in a space where no one was asking for any truth – it was a silly pop show that was on very early on Channel 4. But we both were allergic to bullshit, and took great joy in exposing it.

That spirit of irreverence and anarchy and naughtiness is pretty much lacking from TV now, isn’t it?

“Yeah. I got into TV because I loved The Big Breakfast for those reasons. The joy and anarchy of that show, it was just so colourful. Or TFI Friday – I did work experience for Ginger Productions just so I could be close to Chris Evans. But Chris Evans is a particular animal.

So where is the new Chris Evans?

Well, you need someone who wanted to be the new Chris Evans, which was me, so you’ve got that for a while!

In Set Free, you confess to having suffered from a ​“mild eating disorder”. Then, when the audience’s response is less than uproarious, you say: ​“I don’t know if that bit was worth the truth.” Which was very funny. Was that a genuine feeling, that the initial laughter wasn’t enough to justify the confession?

Yeah. The laugh means it was worth it – but if you say something out loud that you feel ashamed of and there’s silence, the shame can stay. But if there’s laughter, in that laughter people are saying: ​“Please, continue!” The acceptance is this treat you get for revealing something. Or maybe it was just funny to act ashamed. I’m contradicting myself with every answer.

For the show to be great, does there have to be that sense of jeopardy?

Yeah, I think so. I don’t sit down to write and think: ​“What’s funny?” I think: ​“What’s confusing, what’s troubling me, what feels painful at the moment?” I figure out what’s wrong with me by writing the stand-up. I realise that the stuff that’s going on in my head is just silly. And by the end you’ve got an hour’s worth of material where you’ve excavated all this insanity. It’s sort of what the mushrooms give you as well.

Apart from becoming a funghi fun guy, how did you fill the lockdown months?

“I’ve been binge-swimming! I’ll be going straight to [Hampstead Heath’s] Men’s Pond after this and jumping in. I also learned that I love writing. I felt an urge to do it again, rather than it being this treadmill. So I wrote another film. But the feeling of not being able to stand-up was very challenging. So the bliss now of being able to go on tour again is all very exciting.

What can you tell us about this new screenplay? Is it an action-adventure?

It’s definitely an adventure! Benjamin had a male protagonist, but his one has a female protagonist, and she’s a bit older than him and she’s got her own mind-forged manacles to escape from. So it’s similar in that there’s a person who’s got an idea of themselves that she needs to let go of.

What percentage autobiographical was the character of Benjamin in the sense of him being, emotionally, his own worst enemy?

That was pretty much me in my twenties. So I knew all the feelings, and I knew the journey he had to go on because I went on the same journey – partly during the writing of the film. I partly found out what was wrong with me through writing him. But there are only a few scenes where it was something that actually happened.

Was one of them a sexy role-playing evening with a partner as buff as Jack Rowan tied to a chair in his tighty whities?

Spirit Hole begins on 8th September in Margate. Tickets via this button (mushroom)