For almost two decades, filmmaker and photographer Leo Leigh has been holding onto a box of DV and Hi8 tapes from his teenage years, lugging them around as he moves from flat to flat.

It wasn’t until Jackson Payne, Joe Page-Brown and Bob Foster, founders of London-based publisher Quality of Life, tasked him with making a book that he decided to revisit his past. Given the prompt ​“adventure”, he got stuck in and began uncovering hours of footage from the ​’90s to the 2010s. What could go wrong?

He was rubbish at labelling the tapes back in the day, so Leigh found himself in a lucky draw. ​“I wasn’t totally riddled with anxiety,” he says. ​“It was definitely cringe.”

When he finished revisiting the footage, Leigh came up with The Yesterday Tapes, an evocative photo book that traces his life through stills from the footage. In 90 pages, Leigh presents his adolescence in odd, sometimes surreal frames: pre-teens smoke out of a bong, an oblivious copper checks his nails, a mate holds up a sunflower on a Tube escalator while on speed. There’s shots of old pubs, smoking on the bus, McDonald’s wrappers from the early-’00 and even a close-up of a botox injection.

“I wouldn’t necessarily want you to see what happens on either side of the images,” he says. ​“But creating a new ​‘photo’ out of these moments might make some of the images slightly more interesting.”

The strangeness of the book lends itself to this element of intrigue. Through it all, though, you see the freedom of being young and carefree, the curiosity for the unknown before adult life swallows us whole.

“The camera is the closest we’re going to come to time travel,” says Leigh. ​“I was putting these tapes in and suddenly I could smell the weed, or suddenly remember how people sounded. It was surreal.”

Get your hands on The Yesterday Tapes here 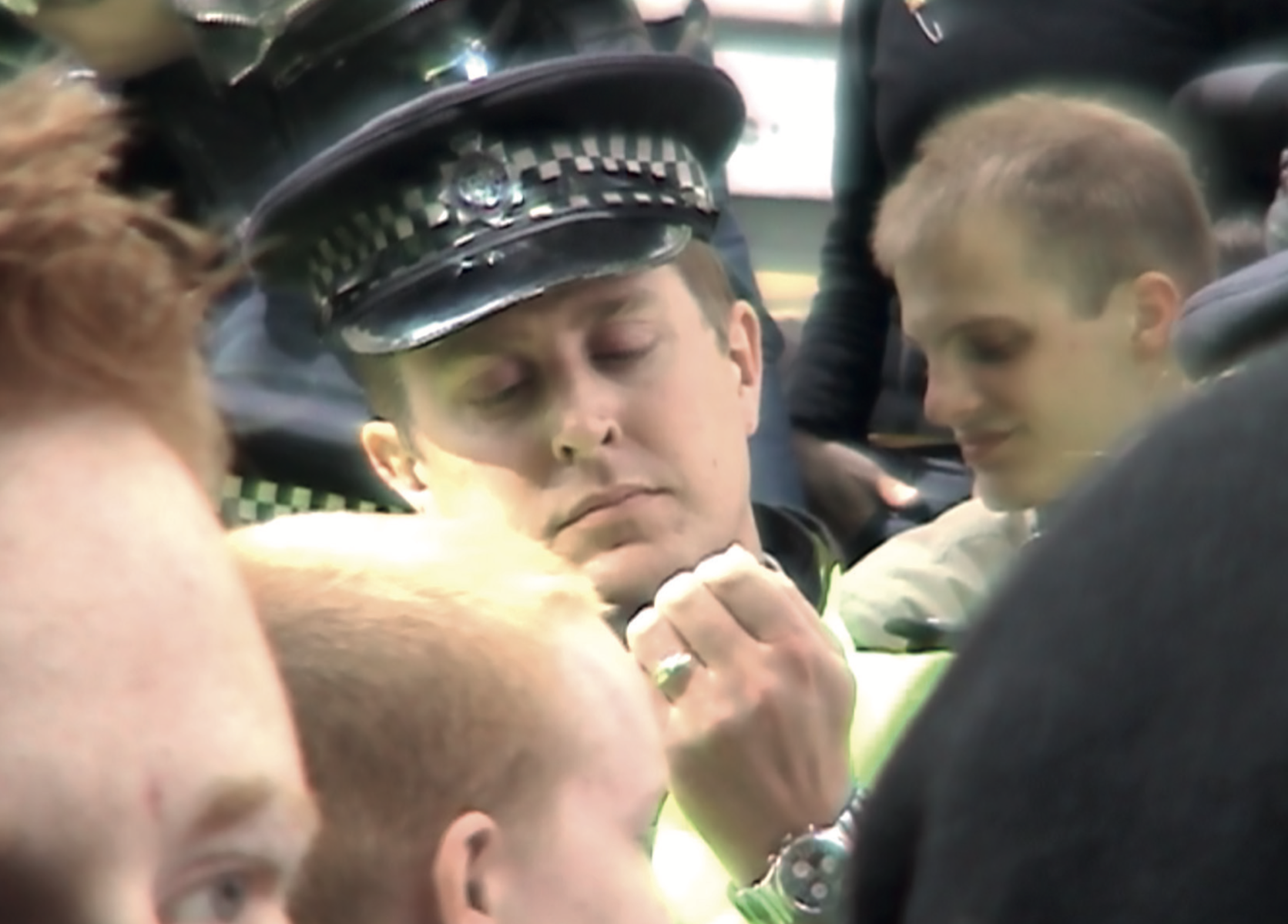