In a nondescript location in the Arts District of Los Angeles, a short walk through a gravel path leads to a door that opens up to a massive warehouse. It’s early for a Thursday evening but there is already a stream of people walking from one end to the other and eventually congregating around a cooking station, where vegan interpretations of chicken sandwiches are being laid out in a tray for taking. The conversation is not loud and even though the warehouse is of gargantuan dimensions, there is an incredibly intimate vibe to the setting, as if this were not an art opening, rather, the more calm hour of a Sunday barbecue. At the centre of it all is Lucien Smith, who is easy to spot in a neon orange beanie.

Smith made a literal splash in the art world with his early splatter paintings, creating work that was so well received it landed him a spot twice in Forbes’ 30 Under 30 list and christened him ​“the art world Wunderkind” by The New York Times. But Smith isn’t here for your praise, in fact, he wants your criticism first and foremost. ​“I’m ok with someone leaving this show and being like, ​‘Those paintings sucked,’” he tells me with a laugh.

Smith’s new show Fear Eats the Soil is the second physical show for the organisation he is a founder of, STP (short for Serving The People), but the first one to last more than one day – this one will go on for five. Explained in their own words, ​“Serving the People is an organization that provides a platform for creative enquiry and experimentation,” with a mission to return communality to art and to trim the corporate fat that galleries have been prone to rely on. This intention is palpable here and now, with kids and adults eating side by side in one long table as Smith’s new work – a series of inkjet, print, and silkscreen paintings meant to question what we consider paintings to be – hangs on the walls.

Adding to the feel is the stream of people weaving in and out of the adjacent room, a flawlessly curated vintage shop boasting carefully preserved treasures from yesteryear, from records, to denim, belts, silver and turquoise jewellery, and other wondrous collectables, curated by Bob Melet, who famously served as Director of Vintage Buying for Ralph Lauren before opening his space Melet Mercantile in 2003 and expanding to Los Angeles this past September.

Smith walks me through the work with a palpable excitement, and we are only briefly interrupted by friends who come up to say hello, each of them clearly comfortable in the community that the artist has helped create. 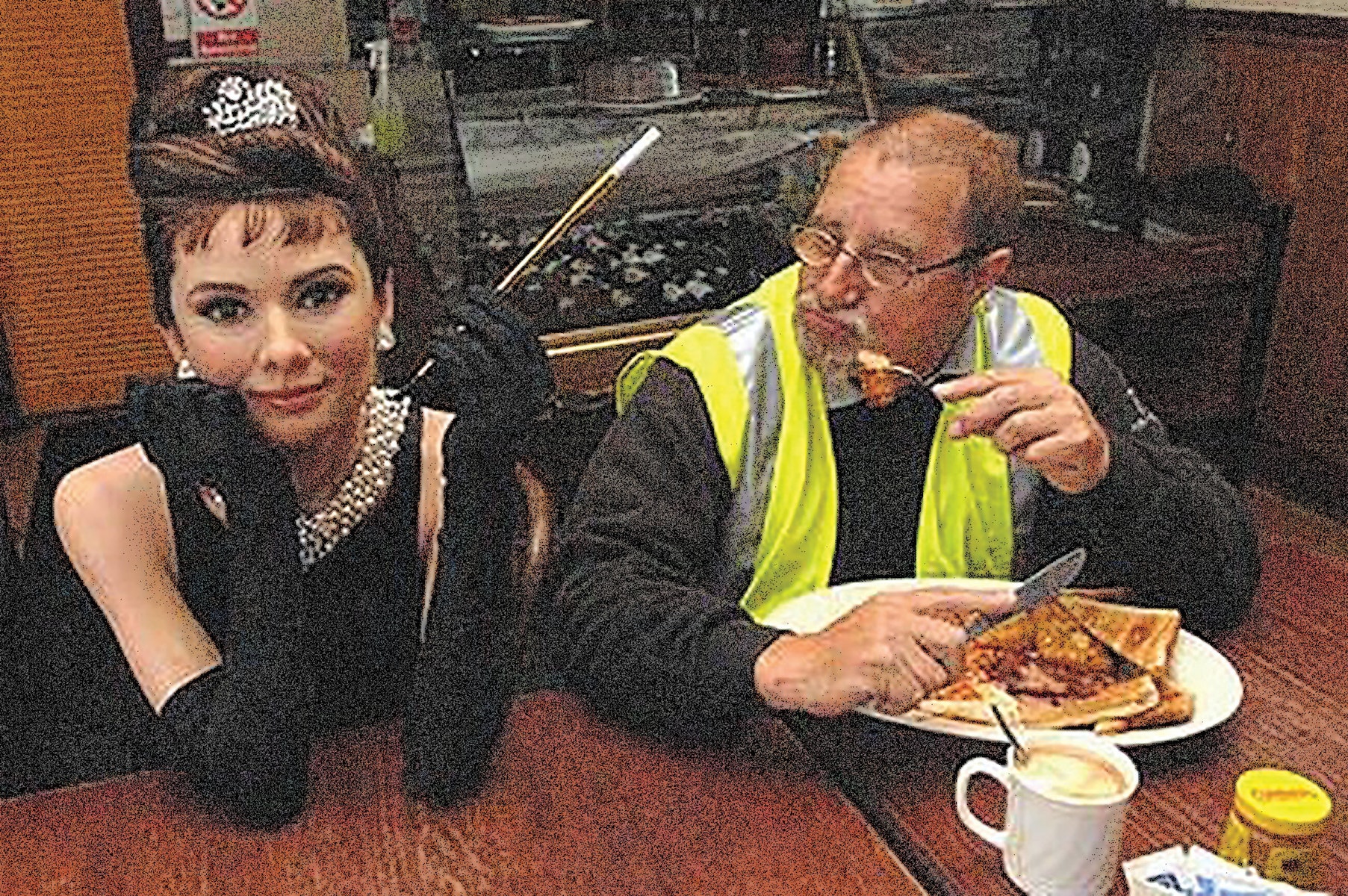 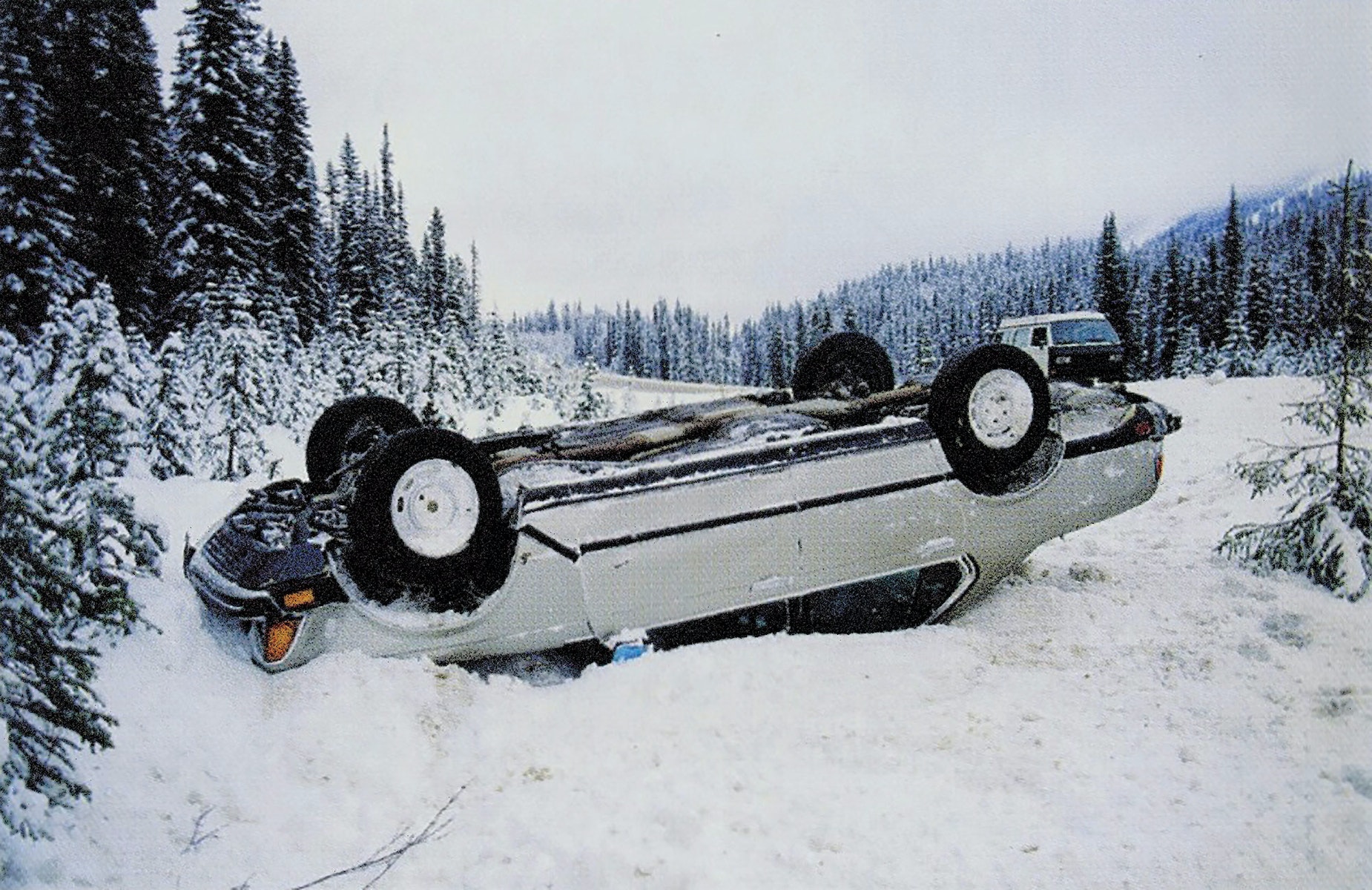 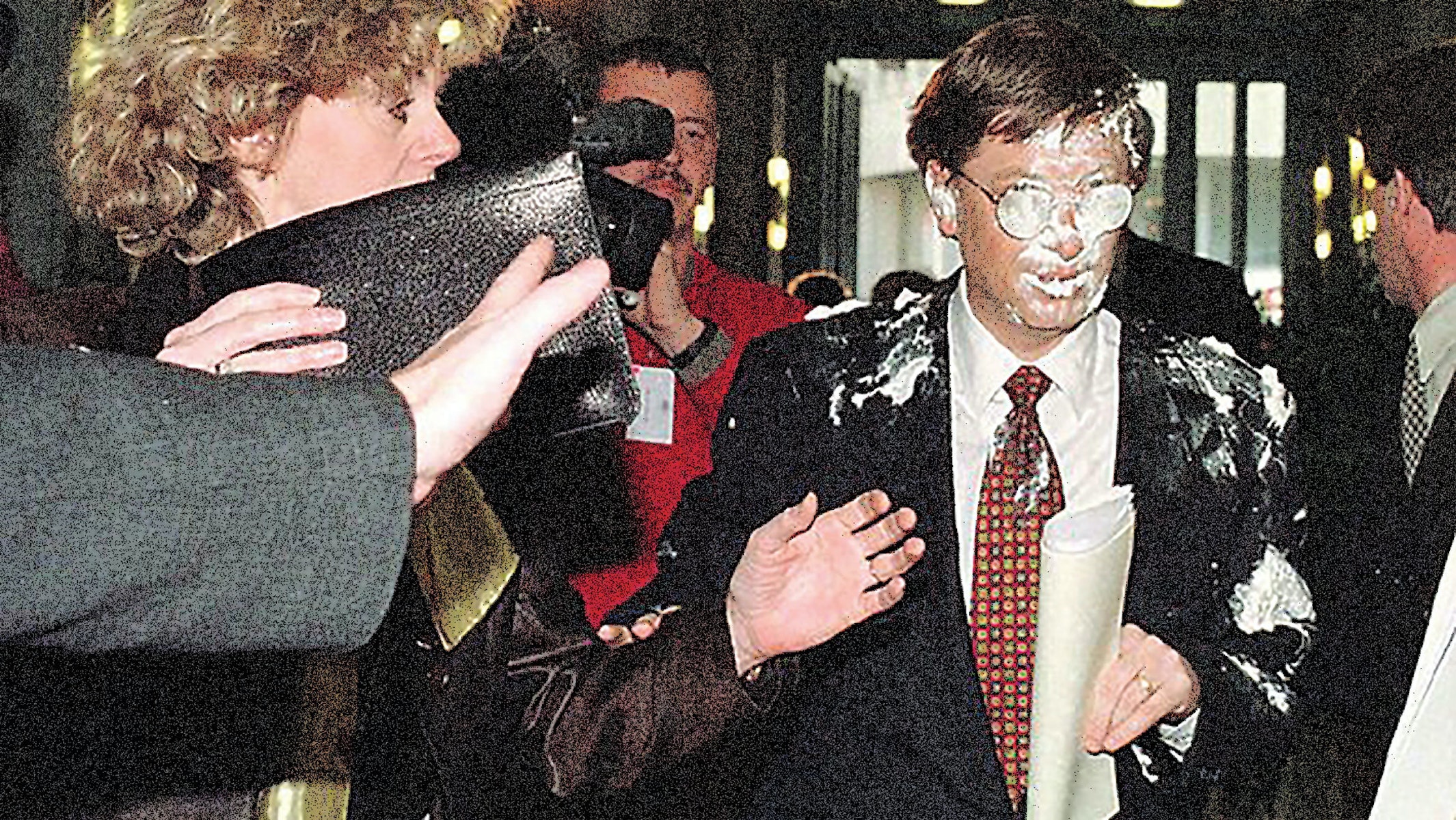 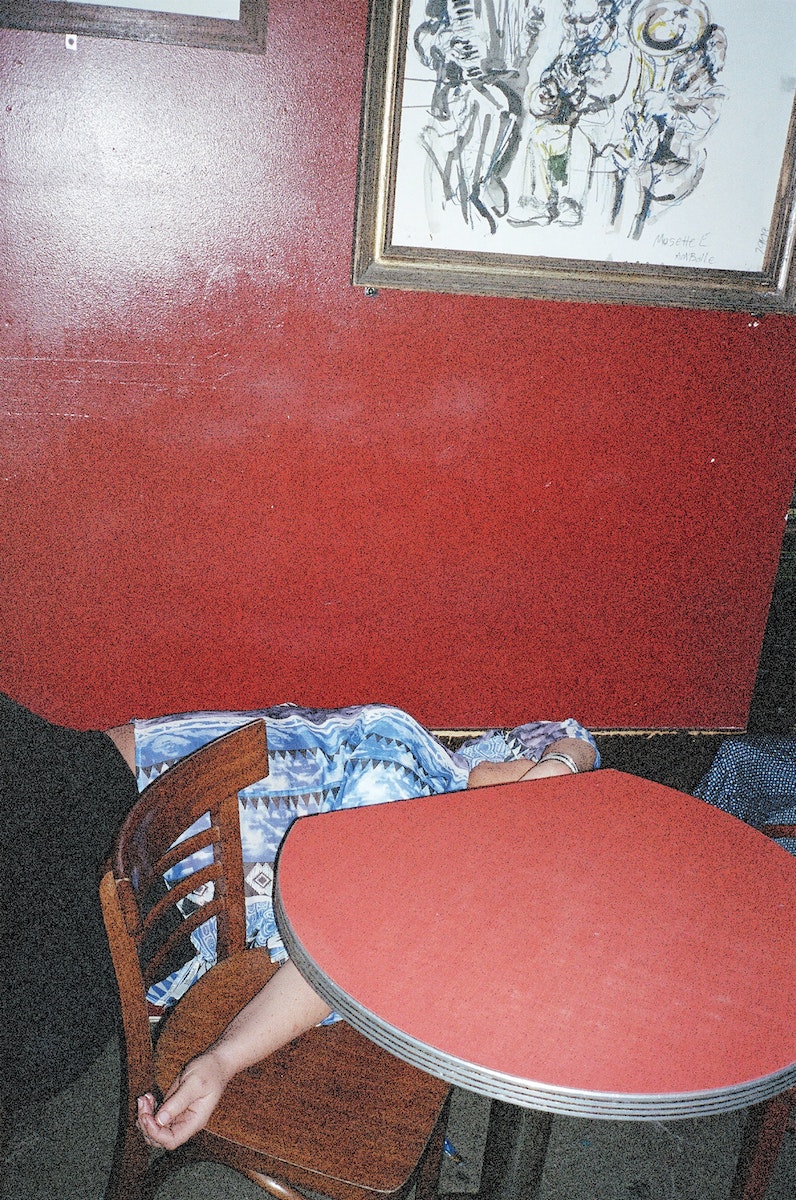 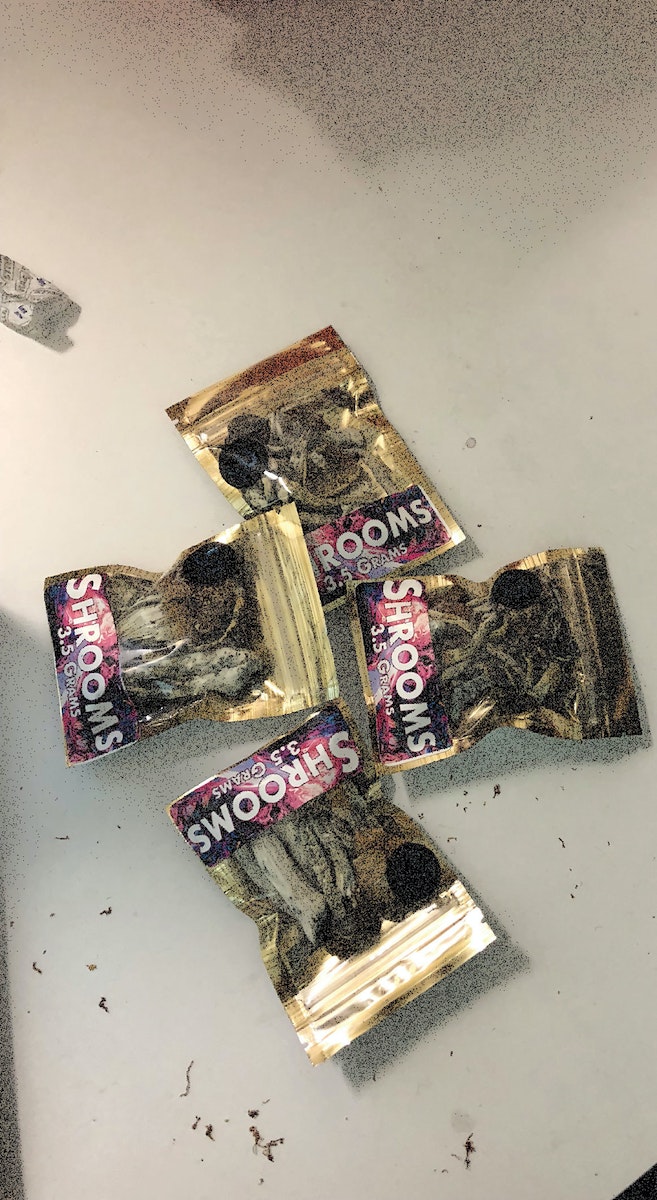 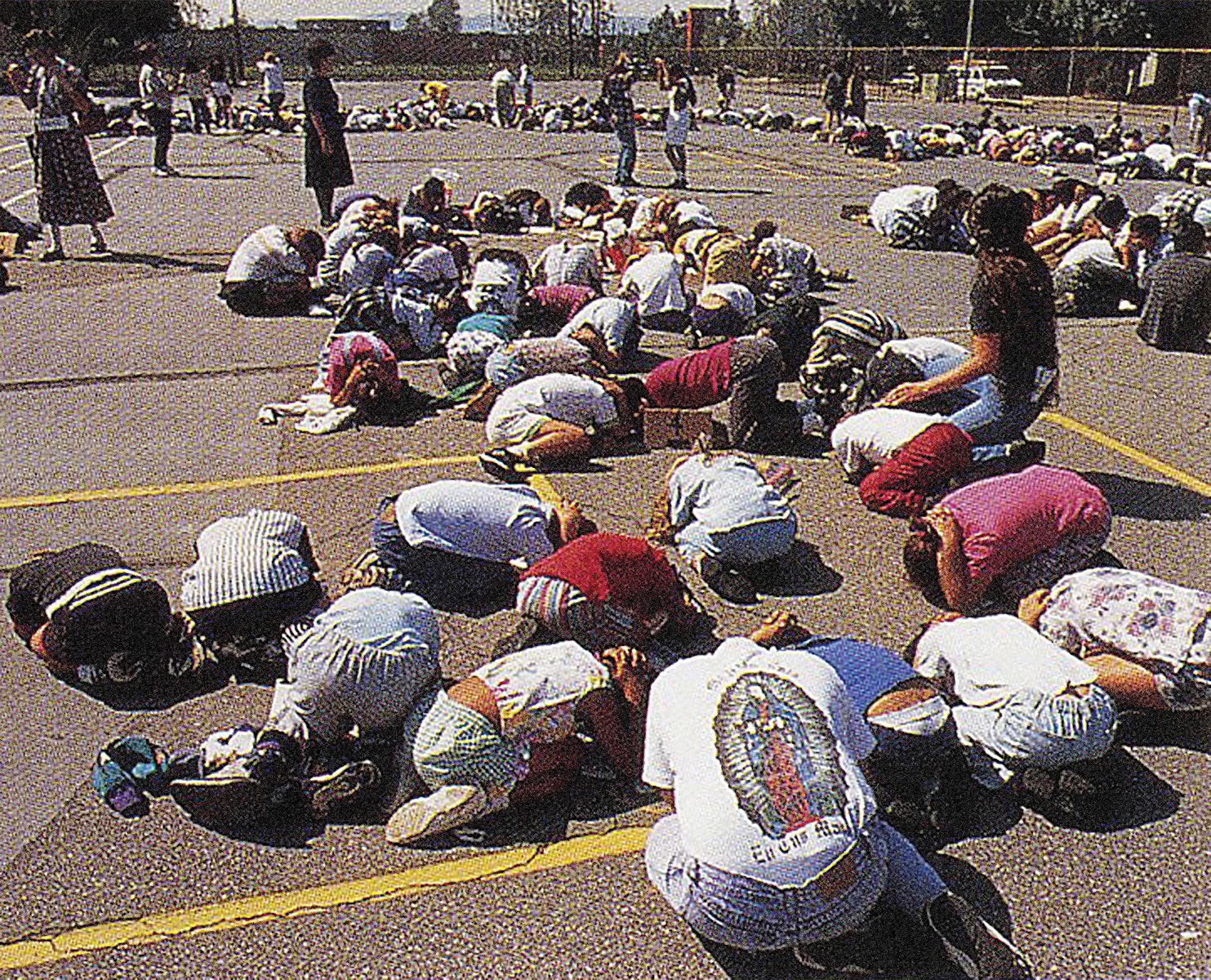 Can you tell me a bit about the inspiration behind the show?

Most of these pieces are an experimentation I’ve been taking on between painting and printing and silk-screening, and really trying to tackle the notion of what is a painting. Does it need to be laborious? Does it need to involve oil or acrylic paint? Or can it be a combination of techniques to arrive at an image? Essentially, for me, a lot of painting is about the image and the source material and I’m always struggling with the idea of, why do I have to recreate something in paint in order for you to appreciate what the image is depicting? I’m really interested in the relationship images have with the narrative they create; like when you look at three completely different images and what begins to formulate an interpretation from the person just viewing it, regardless of my interpretation or narrative that’s going on. So this show is really about trying to arrive at that point in the most efficient way.

What is behind the title of the show?

Fear Eats the Soil is a play off of Fear Eats the Soul a [Rainer Werner] Fassbinder… the film is essentially about how crippling fear can be, and so for me, this show is very much about overcoming that fear and anxieties, not only with painting as a process but also just the idea of presenting painting as an act. I think I’ve been going through a lot of that with my career and wanting to make art again and also there’s that fear of painting – putting something out there that people might say, ​“That’s not painting”.

In the show statement you spoke about impressionist paintings and the idea whether those paintings were windows into a different moment that people maybe couldn’t experience otherwise, and then you related that to social media and how we can experience whatever we want whenever we want now. I’m curious, since this show is only up for five days is there a deliberate connection between that point and the finite availability of this show?

It wasn’t necessarily intended. I think I kept this show that short because with a lot of the things we do with STP, in general, I try to be more efficient with time and resource, and I think that galleries are open an absurdly long time for exhibitions, but there’s never much foot traffic in those exhibitions. So I wanted to concentrate on being the most effective with that. This exhibition is also online on the STP site, and that’s something I’ve been trying to tackle lately – the online exhibition, the internet as a place to view art. The weird thing about that is that exhibitions online never come down, they stay up forever or until the internet dies or you didn’t pay your subscription to Google domains or something (laughs). The briefness of the exhibition ties into the briefness of how we look at imagery but it wasn’t intended in any way. That’s just our time, you know? Things are so quickly disseminated and devoured and then it’s the next thing.

I was thinking about how people are going to put this show in their Insta Stories, which have a life span of 24 hours. This is the first physical show of STP, correct?

Kind of. We did a group exhibition three years ago, which happened for one night. But this is the full first solo exhibition for us, yeah.

What led the decision to change that into a physical form?

It had a lot to do with Bob [Melet]. I’ve been searching for places to do physical shows occasionally, and I’ve wanted to bring an artist into this space, but there were just so many uncertainties that I didn’t want to throw an artist into that position. Even now, going through a lot of this stuff, and working out a deal with Bob and the operating procedure … I would have been underway more pressure had it been someone else’s work, and I just wanted to make sure this all worked out before I have anyone else step into this space. But now we have something in Procell in New York with a young artist from Cooper Union who will be showing later this month. When I found out that Bob opened this space it presented itself because we don’t want to cosign with a gallery, necessarily.

What was the biggest challenge in making this show from an artist’s perspective?

I signed on to do this show before I really knew what I was gonna show, and that was part of the fear tactic too – let me put myself in the worst possible situation ever and see what can happen. So these works are sort of like that whole process, and me arriving at it with a deadline arriving. It brought back all the anxieties that I remember from making work, and the reasons that I was like, ​“I’ll never have a deadline again,” but at the same time I think that kind of pressure really motivates me and propels me, so I’m very excited. I haven’t had much time to sit with this work and decide if I like it or not, which is good because too much time and too much thinking you just shoot yourself in the foot.

It relates kind of to the idea that work is never really finished, so you just have to have a deadline to put it out there.

Yeah. That’s always great. And also what we’re trying to do with STP is create a place for art to exist that is not necessarily commercially approved or critically approved, and I think the gallery space often functions like that; there is so much support from collectors and museums and writers that when you go and see art you’re like ​“Oh, everyone else likes it,” so you don’t get a chance to hate it, you know? And what I want to do is make STP, or wherever we’re doing something, a place where it’s a form of experimentation, and for ideas that aren’t necessarily ready to go out there but that an artist or a viewer is looking for that experience. This for me is amazing – to see work that I’m still questioning too and see other people’s reaction, whereas a gallery would never give me that opportunity, it would just have to be done so much more in advance.

What do you want the takeaway to be for the people who are experiencing this show?

I think I just want them to question the work they see and feel more involved in their approval matrix. I’m ok with someone leaving this show and being like, ​“Those paintings sucked,” because that’s good – you need that. When I was in school some of us would get grilled in critiques and that was the thing you went back to motivate you to work harder. Sometimes now I think a lot of these artists get so spoiled with approval and an audience, they have all this academic support but I don’t really know if the work is that good.

Joe Scanlan wrote a great essay of Felix Gonzalez-Torres in Artforum a few years ago. Felix is such a celebrated artist and so amazing, and Joe’s question was, ​‘Was he that great of an artist or was his timing with the AIDS epidemic and everything that was going on in New York magnifying his work’s relevancy or vice versa?’ And so I like questioning things and not just taking them for face value.

I think that’s so important now because we are in a conversation stage where people, if they have large followings online, their followers create this basis for popularity.

Right, and criticism is out the window.

I want to shatter that. I mean, I didn’t grow up in New York in the ​‘80s, but I can imagine the art scene was – and not that I want to repeat something that has already happened – but I think the arts need more experimentation and to not be so sure of itself. So I think that would be my biggest takeaway, is people leaving here questioning.

And I like that you have a food component.

Yeah. So Fear Eats the Soil is also my finsta (laughs). All my friends call me a foodie, it’s all obscure food that I like that other people think is really basic. We had an idea to touch upon that Popeye’s Chicken phenomenon that they had, so we made a vegan version with Chinese chick mushrooms, so it supposedly tastes a lot like chicken.

It seems that with the store element and the food that you’re really intending on creating a communal gathering.

That’s the goal of STP – to create a community around the arts that I think is seriously deprived of something.