Alexander James’ art explores identity in the age of digitalisation – meaning who we are; what we like; how we define, and how that identity is scrawled across the WWW. But often in James’ work, that identity is dressed down in a pair of cowboy boots. Despite growing up in England, where it would seem there exists a distinct lack of cowboy culture, James spent time watching films like High Noon (1952) and The Searchers (1956) with his grandfather growing up. These languid Spaghetti Westerns snuck into his subconscious and now permeate his work – humanoid sculptures made of found fabrics and collages that incorporate big yeehaw energy.

James spent two months in New Mexico in 2018, waking up daily to sketch characters that were conjured from intense dreams the night before. They now figure in his collages. Though he was essentially living in isolation, his mind was consumed with visions that he has translated into multimedia works that cut into how we see ourselves. Following a recent exhibition at The Face Apartment in New York, Sharper Than Razor Blades, Softer Than Leather co-curated by Paul Henkel and Louis Vaccara, James is working towards a new show in Paris. 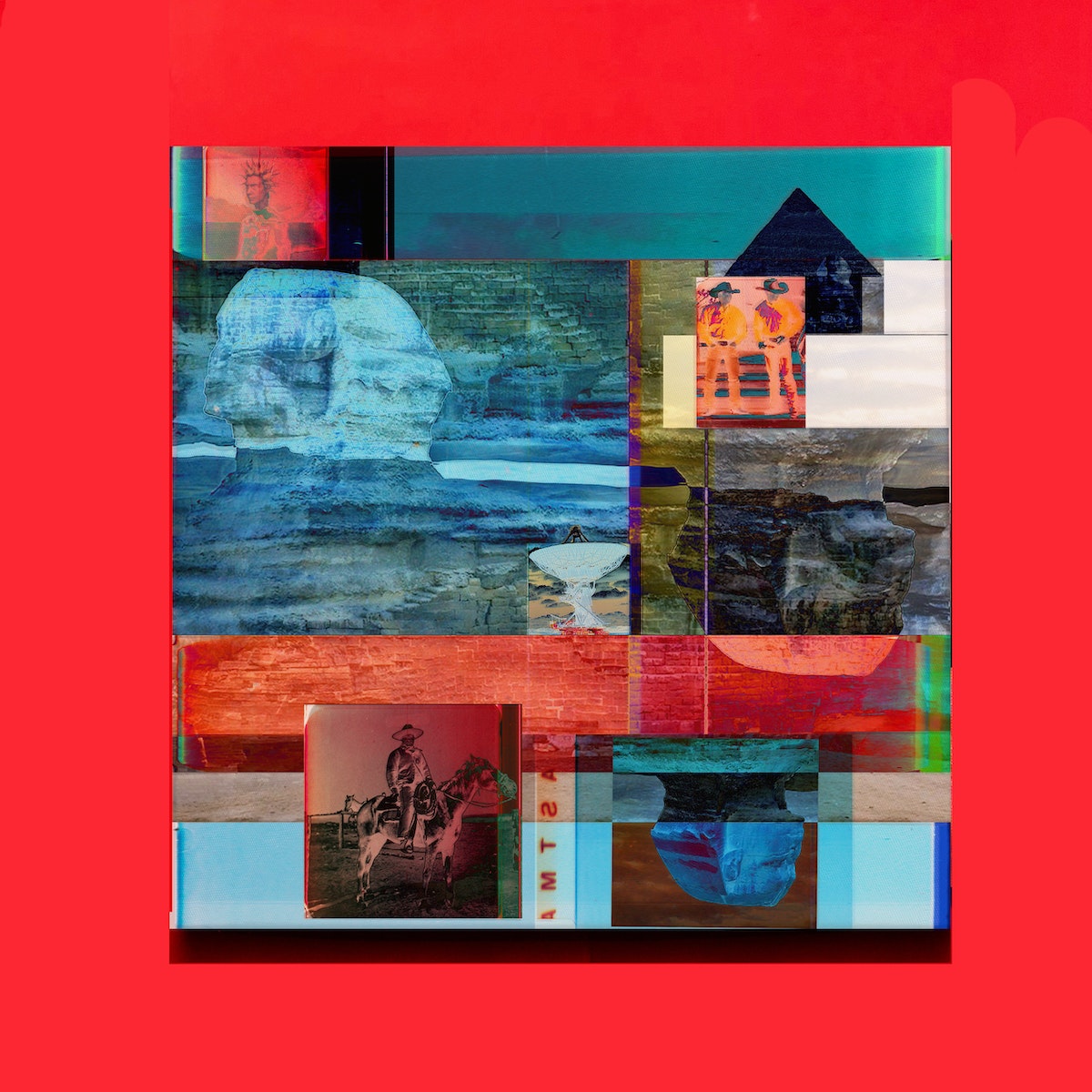 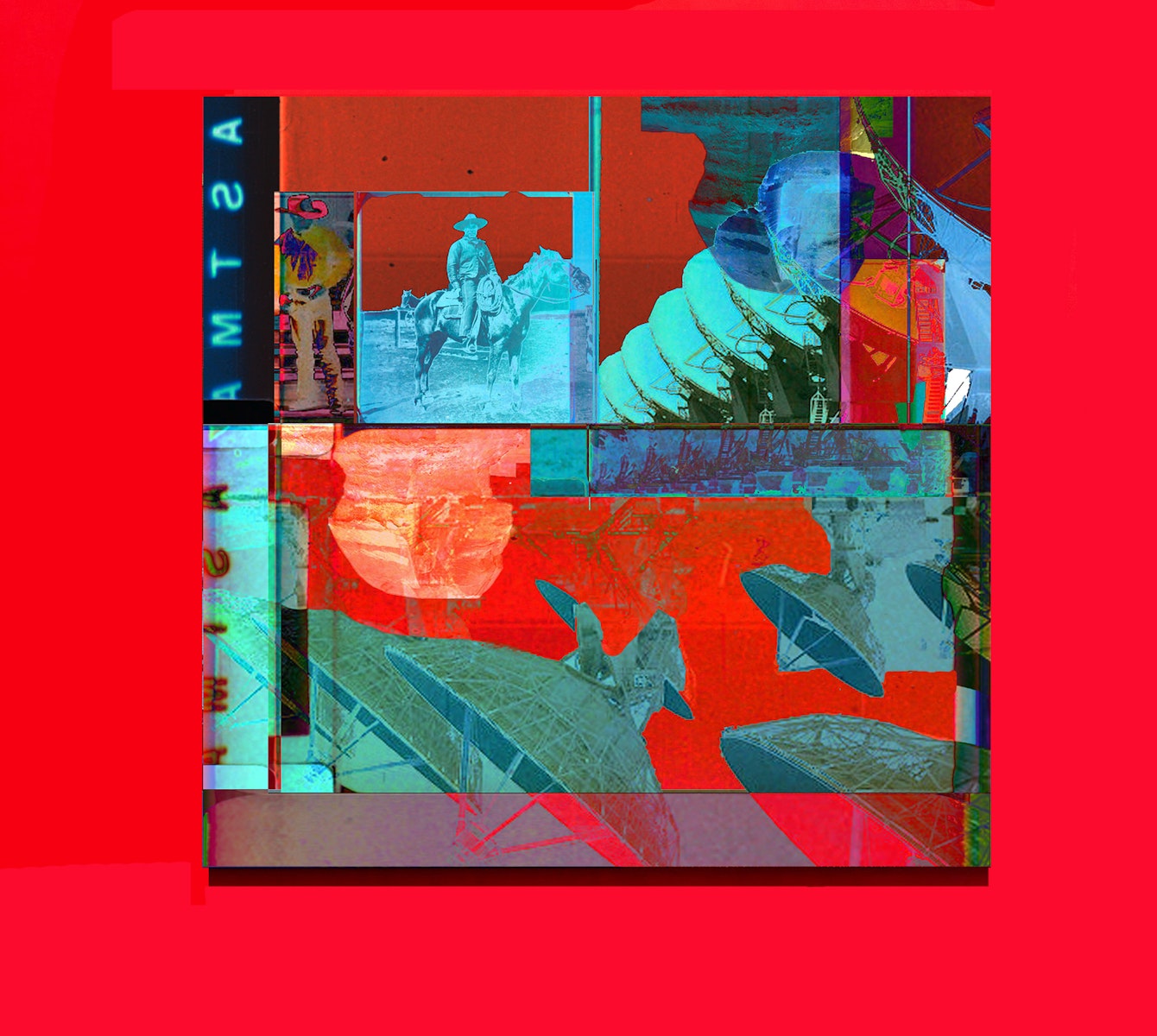 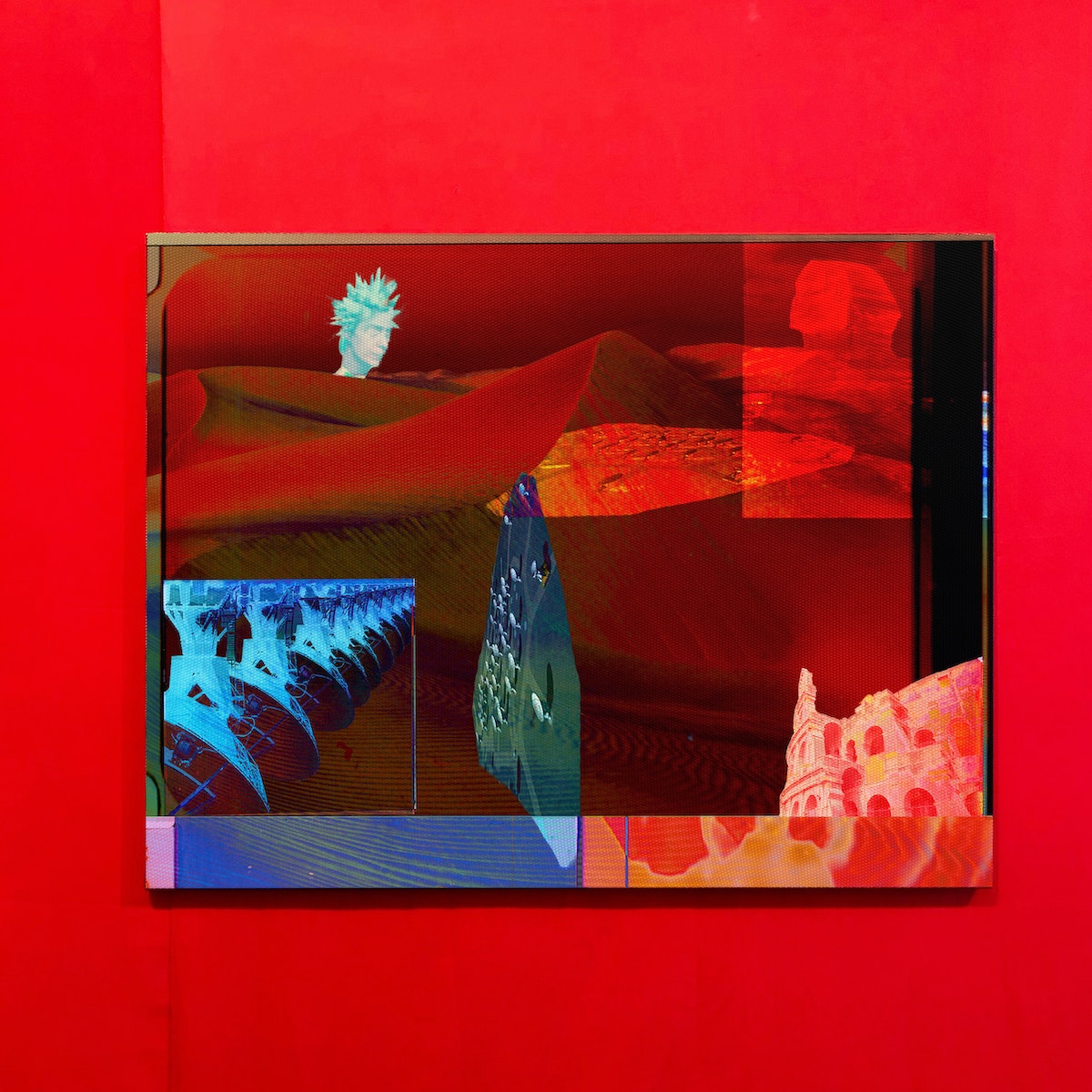 When did you realise your grandfather was super into Western films?

Alexander James: I was around 10 years old and I was at his house on the weekend. I think he was watching The Searchers directed by John Ford. He absolutely refused to let me change the channel even after I threw multiple tantrums. The obsession was crystal clear to me after that day.

Did you idolise your grandfather in a way?

Alexander James: Massively so, my grandfather was a significant part of my life growing up before he passed. I spent a lot of time at his place; if it wasn’t for his knowledge and persuasiveness when choosing films and documentaries, I wouldn’t know half as much today. He was a great photographer and video maker, and was always developing film in his DIY converted dark room that he made at home. It was special to see all of his work scattered around the house. His stories and imagery really triggered a lot of ideas from an early point in my life.

Can you tell me about your upbringing?

Alexander James: I went to a few schools growing up, which all required school uniform for the most part and then finally ended up at a school where I fitted in. The school required no school uniform from any age and took a way more casual approach to the whole school system. Through this I went through so many phases. So at age 11, I was obsessed with Wu Tang and would be rocking the most ridiculously oversized trousers and colourful tracksuits (which I wish I still had). Slightly later on, I then became consumed with bands like The Clash and Green Day. Looking back, a lot of the phases were determined by the music I was into.

Are you, either consciously or subconsciously, trying to divorce the connotations associated with Western culture/​cowboys in your exploration of identity?

Alexander James: Following completion of school, my fascination with the idea of social uniforms and how people frame an identity for themselves became stronger as I discovered movements such as New Romantics and the punk scene – the way in which people navigate a uniform of clothing, hair, makeup, even use of language fascinated me and it is this which I have explored throughout my sculptures. I was exposed to Western imagery and films via my grandfather’s documentary work but it was my investigation of social conformity as a whole, which really consumed my ideas and resulted in the artworks in this exhibition.

I first discovered these while living in London, from the age of ten onwards. High Noon and For a Few Dollars More were some of very first films I watched, it definitely built a fascination for me to visit New Mexico, which I later did for a while.

I watched all the following films in London, always on a Saturday because that’s when I would usually hang at my grandparents place. High Noon and For A Few Dollars More were the first; I must have been ten years old. I watched The Good, The Bad, The Ugly shortly afterwards at age 11 or 12 and then The Magnificent Seven and Once Upon A Time In West around the same time all a year a part from each other no older than 13, 14. All I know is by the time I was 15, I’d seen them all.

“The lighting and camera work throughout the entire film is so important, considering it was a black and white film. The way the crane scene was shot blew my mind.”

“The final duel scene in A Few Dollars More with Lee Van Cleef. It was a rarity for him to play such a good guy role but he completely owns it. Everyone should see Van Cleef’s performance in this film.”

“Some of Hollywood’s finest from that era all come together and some of my favourite Western cinematography.”

“Leone’s vision in this film is another masterpiece probably featuring the most iconic action sequence in any Western film with the end duel taking place in the cemetery. Rescuing Tuco in The Good, The Bad and The Ugly. I find the relationship between Blondie and Tuco in the film always gripping.”