Katie Goh has always had a fascination with disasters, both real and imagined. ​“There’s something strangely satisfying about watching your worst fears play out from a safe distance,” the Northern Irish author writes in her new book, The End, which fittingly dissects our seemingly insatiable hunger for consuming dystopian fiction.

Why do we enjoy watching shows like The Handmaid’s Tale, which depicts a futuristic hellscape where women are reduced to their reproductive abilities? Or Annihilation, where mutating landscapes threaten the lives and sanity of the world’s inhabitants? Beyond providing decent entertainment value, Goh suggests that we turn to these dystopian narratives in particularly turbulent times, since they’re ​“set in worlds that are vaguely recognisable, because they provide a framework for understanding our own political, cultural and social ecosystems.”

Now based in Edinburgh, Goh wrote The End over five months, starting at the beginning of this year. She splits up our favourite dystopias into four sections: pandemic, climate, extraterrestrial and social disasters, sharply breaking down the significance of each in our ever-shifting pop culture landscape. ​“I wanted this to be a book about the times we’re living in, times of real political strife and economic inequality across the world, but specifically in the UK,” the 27-year-old explains. ​“It was strangely cathartic [to write].”

The only thing Goh regrets is having narrowly missed the opportunity to include Squid Game in her book – as Netflix’s biggest debut show ever, it reached over 111 million eyeballs worldwide, and its penchant for violent, dystopian themes can’t be overstated. Genre-fiction can encapsulate many real life anxieties, and Squid Game is no exception. 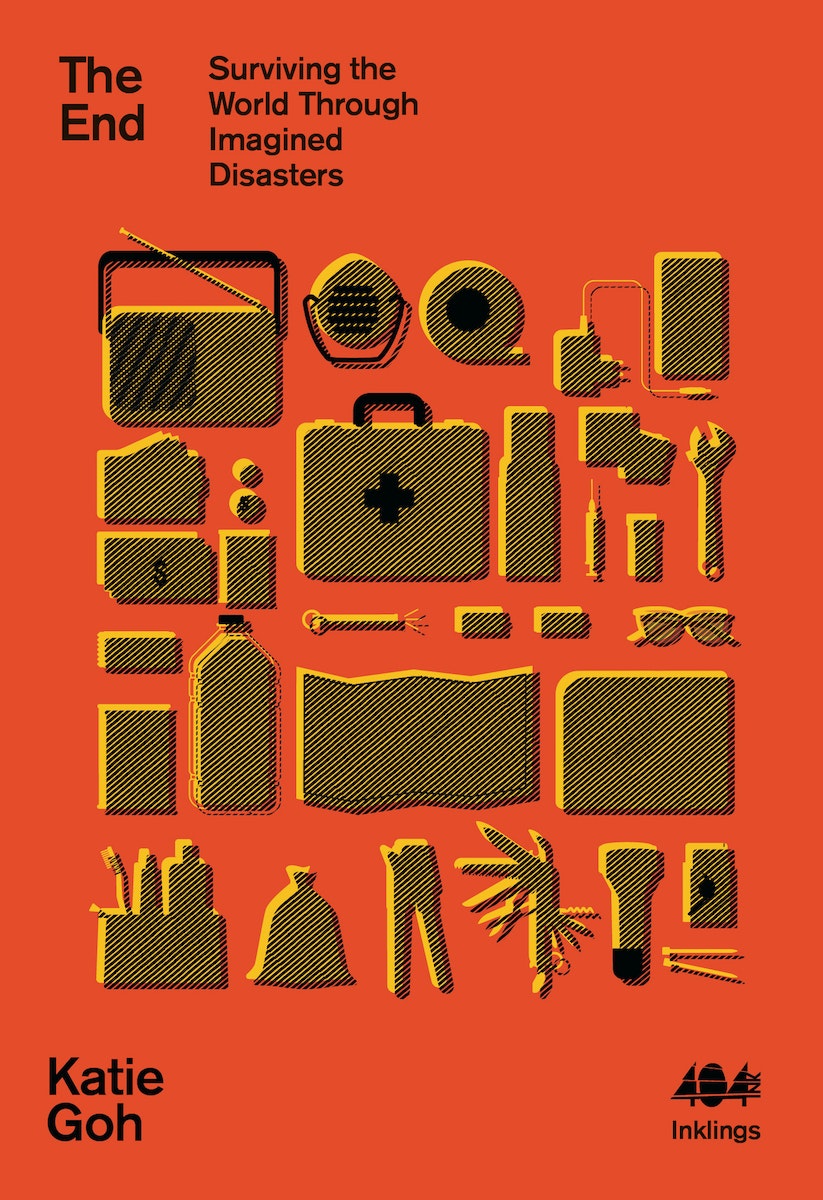 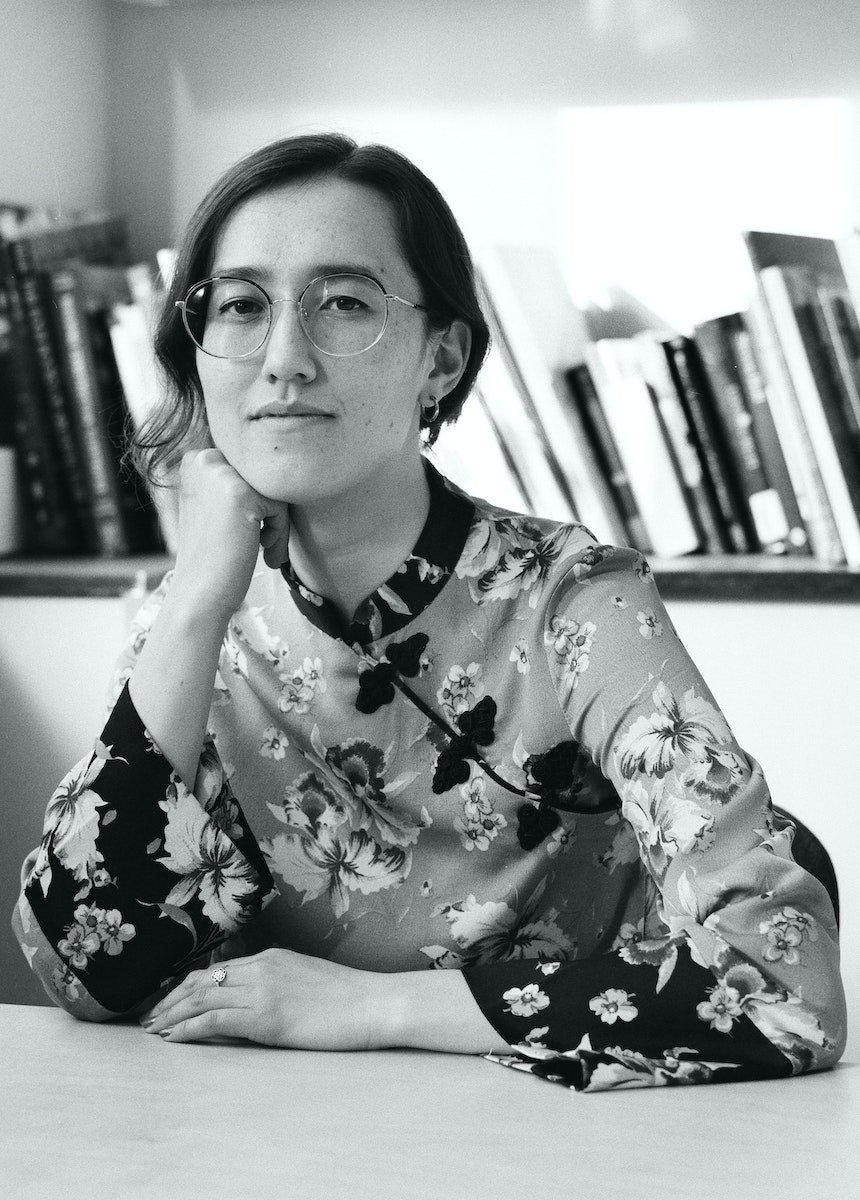 “The characters are really interesting, and it’s fascinating that they’re outsiders to society in South Korea,” Goh says. ​“You’ve got a migrant from Pakistan, a refugee from North Korea, an older sick man, all set up in this system which is a perfect allegory for modern capitalism. The whole idea is that everyone is on the exact same page, on a level playing field, and that if you work hard enough, you can make it.”

What’s great about Squid Game, as Goh points out, is that it makes normalised aspects of our society seem strange and pervasive. The show’s characters are thrust into a deadly environment that no one would ever dream of finding themselves in, but when they get a chance to go home with no strings attached, many of them decide to go back anyway, because the promise at the end of the game is worth dying for – bags and bags of cash. That’s a scathing indictment of society in South Korea, but also of society at large, which people can relate to on a global scale.

“The context of [Squid Game] being a South Korean show is very specific,” Goh continues. ​“People there have huge amounts of personal debt, house prices have soared and there’s a social pressure to succeed. It was really striking how they chose to stay in the game.”

Goh goes on to point out that TV shows like Squid Game often function as a worthy antidote to contemporary struggles. In this case, it brought into sharper focus issues of competitiveness, alienation and individualism that are happening in the real world.

“I write in the book about how real life disasters and disaster fiction exacerbate things that are already happening,” she says. Take the pandemic, for example, which highlighted wealth and racial inequalities, ​“but these things are already happening. It just takes a big crisis to make us sit up and take notice. It’s like the climate crisis – we don’t realise how bad things are until something huge happens.”

Finding ourselves knee-deep in modern political and economic systems can muddle any semblance of hindsight. ​“Sometimes it does take a film or a TV show to show you that these ideas are actually apocalyptic,” Goh says. ​“They go beyond entertainment and escapism to reflect our world back to us, in a twisted way, and can be really useful in taking our collective anxieties like debt and disseminating them. It helps us understand the bigger picture.”

Still, Goh recognises that being barraged with apocalypse-themed entertainment can be quite damaging in terms of keeping an optimistic head on your shoulders, and engaging with the world around us in a positive way.

“I either want to watch the world burn or watch Gilmore Girls,” she says, laughing. ​“Both of them are comforting in strange ways. I love horror films, and I think people do turn to horror to process a lot of their stress – often you’re screaming and laughing at the same time, expressing a lot of emotion. It’s a great way to escape.”