On Saturday 26th February 2022, THE FACE hit the streets in four corners of the UK to talk to 14 – 23 year olds about how their lives have been impacted by the pandemic. Covering all the home nations – Sheffield in England, Belfast in Northern Ireland, Merthyr Tydfil in Wales and Helmsdale in Scotland – each report reveals a different facet of the challenges presented by Covid. Accompanied by a national survey of more than 300 people, these stories mark two years since the UK first went into lockdown on 23rd March 2020. And as you’ll find out, a lot has changed for the UK’s young people in that time.

It’s one o’clock on Saturday afternoon in a shambly Sheffield student house, and its resident second years are still just about getting their act together.

Leon and James are two of eight living here, and it shows. The creators of Fresh Meat did their research when it came to set design: it’s a riot of dirty sports gear, ashtrays and open cereal boxes. James, a 20 year-old bioengineering student, tells me that the big armchair he’s sunken into ​“cost £5 from the charity shop”.

For all the chaos, the experience of living in this house has marked a period of calm for both students, who faced their most formative years in the midst of the pandemic, the most cataclysmic mass event of our lifetime. Leon, a 21 year-old genetics student, felt its onset most keenly, two weeks into a gap year he had been saving for.

“I had the whole thing planned out: Thailand, Vietnam, everything, for three months,” he says. ​“I managed two weeks in Bali before the Foreign Office told me that if I didn’t get back right away, I could be stuck there until God-knows-when.” Instead of taking the break from academia to explore and unwind, he worked full-time in Sainsbury’s at the height of the pandemic, a sharp contrast that was not lost on him. ​“I’ll be honest, it was gutting.”

Leon and James met during freshers’ week, in September 2020, having both opted for a year out that ultimately didn’t give them the space they were after. When the opportunity to have some fun arrived, they threw themselves in headfirst. ​“He gave me Covid that week!” James tells me. ​“But everyone got it then. I think 75 per cent of our student village was isolating after week one.”

Their first year could not have been more ill-timed, beginning with the paranoid second wave that followed the strange, half-free summer of 2020. Authority was omnipresent and deadly serious. ​“It was like living in a police state,” Leon says. ​“We had vans parked outside our village three days a week and coppers patrolling, rounding people up for infringements.” 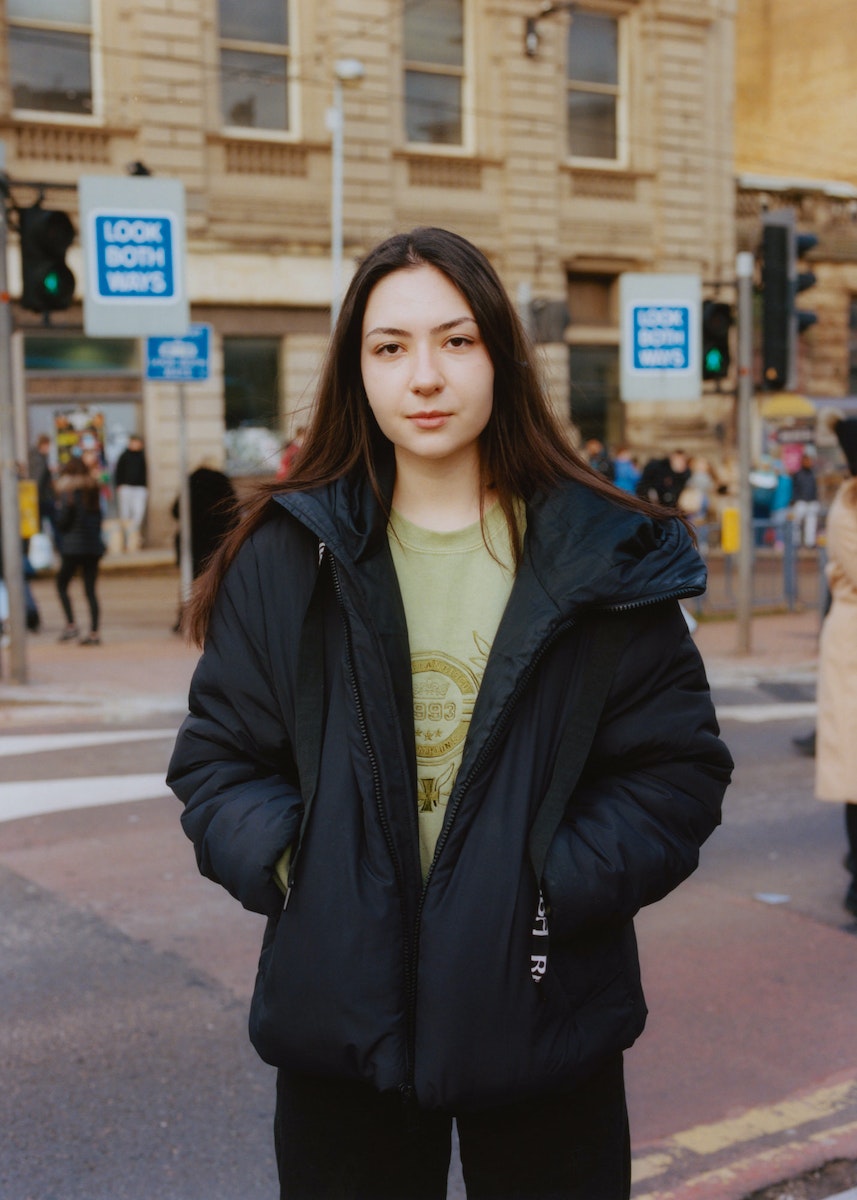 “Unfortunately, I didn’t see my grandad before he died. I was always the grandchild that visited him every summer, and I didn’t get a chance. I keep getting ripped away all the time, it feels. I can’t catch a break — just when you think the stress is easing up, another thing comes up. It’s constant pressure all the time.” 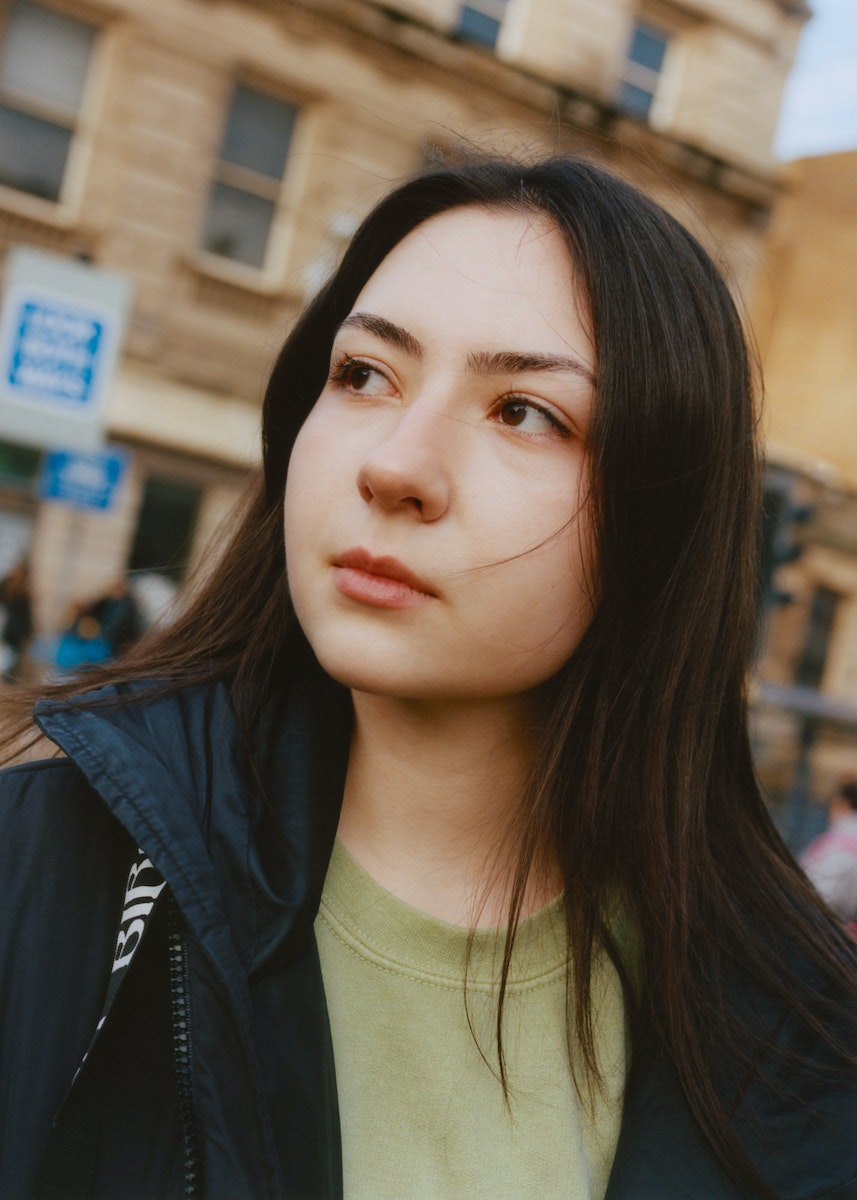 “Unfortunately, I didn’t see my grandad before he died. I was always the grandchild that visited him every summer, and I didn’t get a chance. I keep getting ripped away all the time, it feels. I can’t catch a break — just when you think the stress is easing up, another thing comes up. It’s constant pressure all the time.” – Dalia 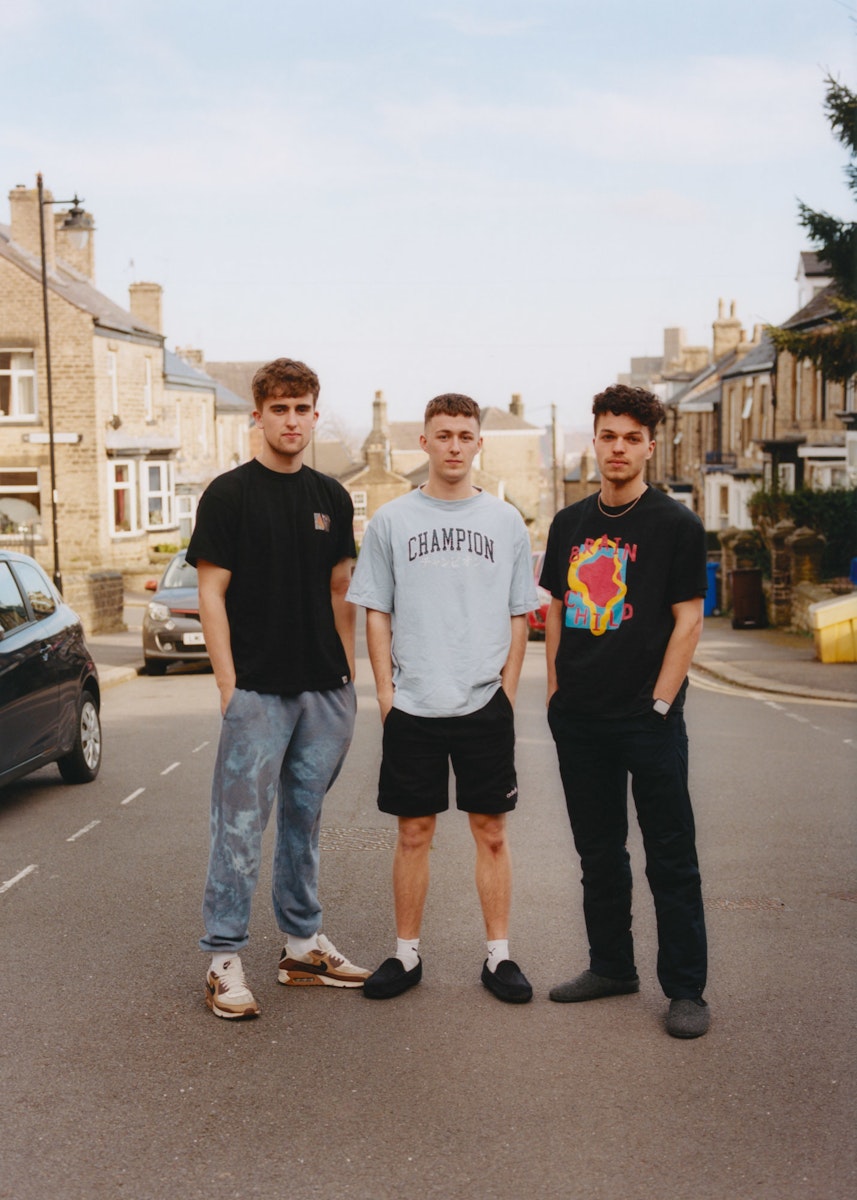 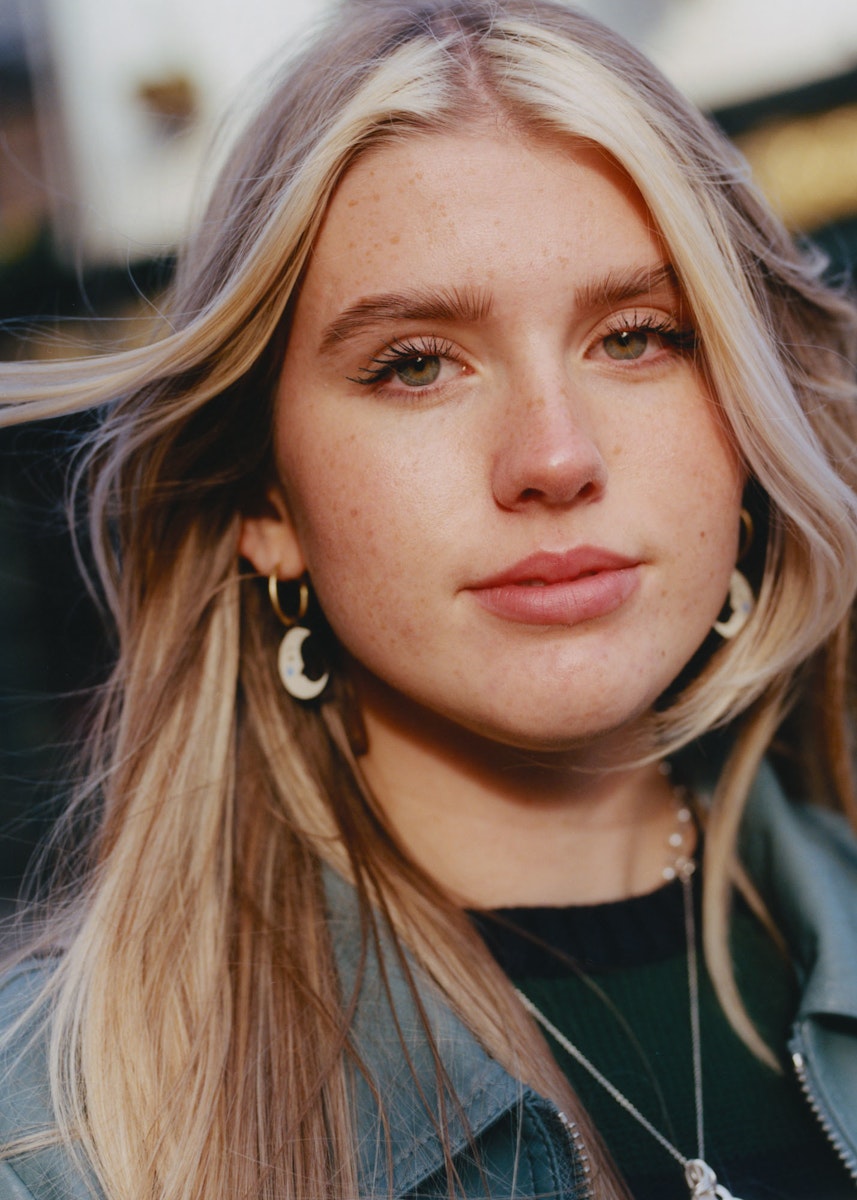 “I learned to play the guitar, which has really changed my life. I was bored one day, picked it up, tried to play the basic chords, and just went from there. I definitely wouldn’t have learned if it wasn’t for the pandemic.” – Mia

South Yorkshire Police – already, by reputation, one of the country’s most feared and controversial police forces – were more officious than any of their contemporaries in the UK, handing out 2,860 penalty notices across the region from the beginning of lockdown to the end of the boys’ first year. With students from all over the world accounting for over one in 10 of Sheffield’s population, clashes were inevitable, as new residents itched to explore at least something of the local culture, even if it meant taking their chances with the long arm of the law.

Parties were a challenge, but James and Leon managed to host a few throughout their first year, despite the fear of the dreaded blue lights in the window.

“One time,” James says, ​“they came in to clear the house and I had to hide in a kitchen cupboard for 45 minutes waiting for them to leave.” The cost of being caught in the wrong place with the wrong people started in the hundreds – plus a criminal record – and the charge of having hosted a party like James’ could land each housemate with a fine of thousands. But, as Leon remarks, ​“Boris Johnson could get away with it.”

Lockdown living was, however, no impediment to some when it came to building friendships – you just had to get creative with it. Jacob, 19, and Ilza, 20, second years in architecture and genetics, respectively, are on a stroll through Sheffield Botanical Gardens when I catch up with them, in far more lush surroundings than where they first encountered one another. At the height of isolation, they had lived in opposite flats and met through swapping Post-It notes on each other’s windows.

“He’d say, ​‘Hey’, I’d say, ​‘Hey’,” Ilza tells me. ​“He’d say, ​‘Movie?’, I’d say, ​‘Sure, which one?’, and so on.” The process, adorably bubblegum as it seems, was pretty laborious in practice. ​“It took about two weeks to actually organise something,” Jacob adds, ​“and a lot of Post-It notes.” Eventually, they were able to meet for movie night, opting for the creepy Scandi cult hit Midsommar, and have, in their words, been fast friends ever since. 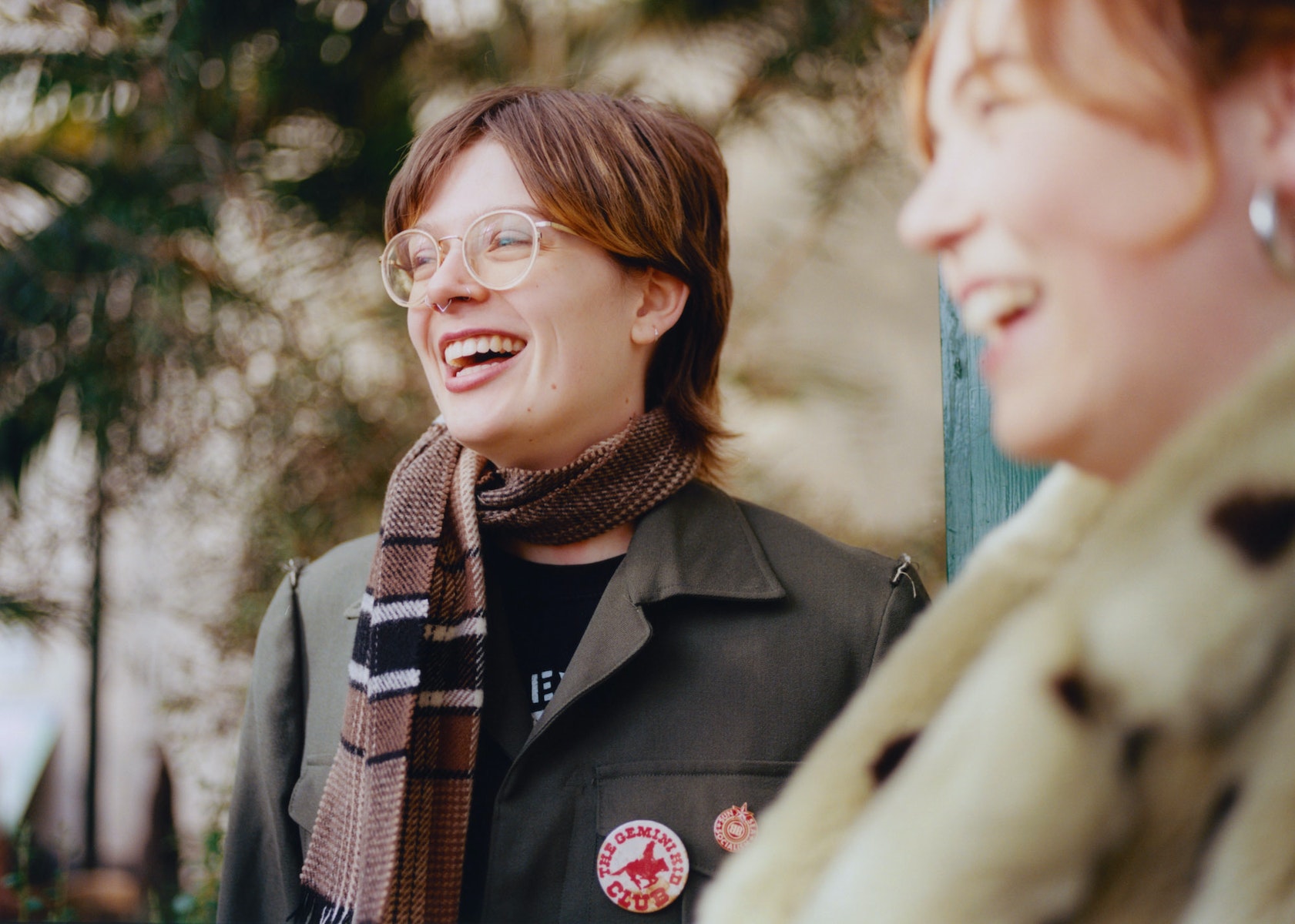 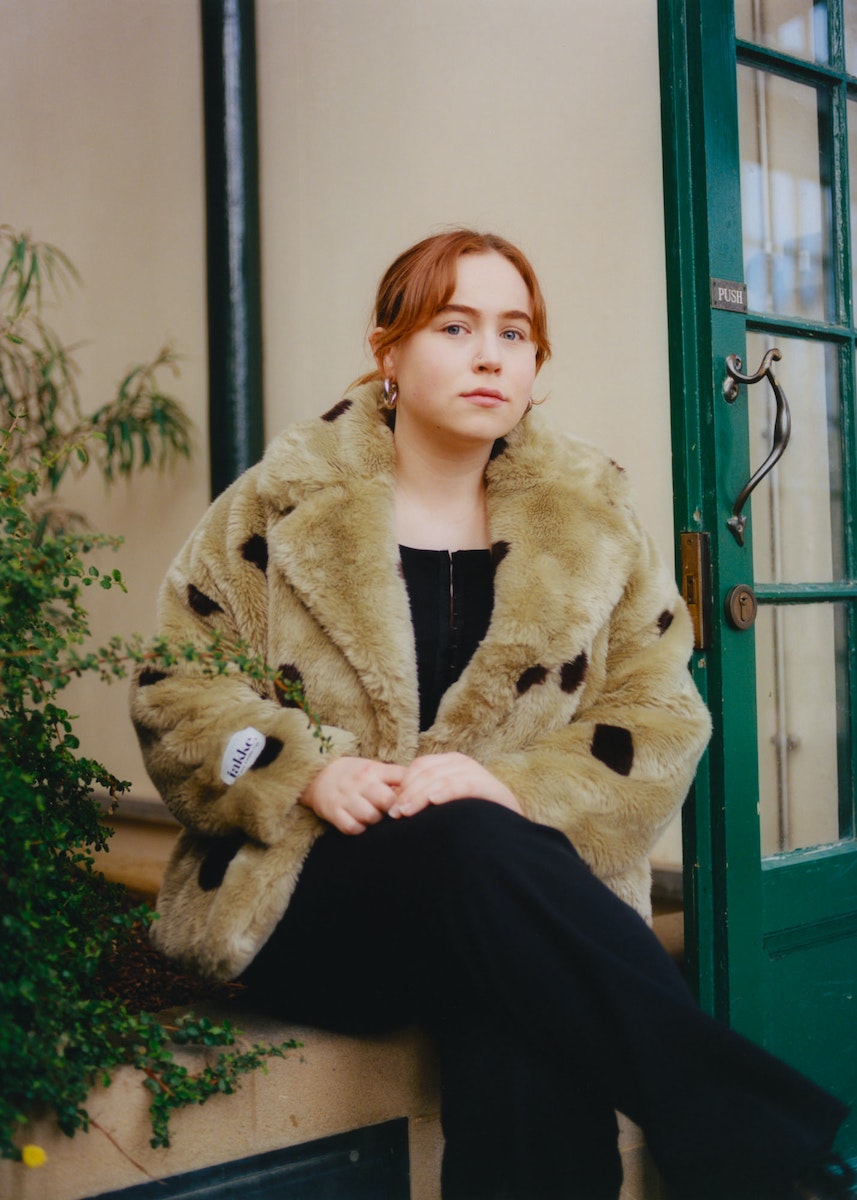 Also passing through the Botanical Gardens on the way to a pottery class, Amelia and Jenna, both 22, found each other not within the confines of university, but coming out of it, when they moved into a house to begin their first jobs in the city and the transition into full-fledged adulthood.

“It was isolation that really bonded us together,” Amelia says. ​“We did clay modelling, we cooked together. There was nothing else to do but get to know each other.”

Their experiences of lockdown back in their uni halls was far stranger.

“There was one point with my old housemates in December 2020, where we did karaoke every single night for two weeks,” Jenna recalls. ​“We all went a bit crazy.” Amelia had a similar experience: ​“In our old flat, we dealt with lockdown by giving up on real language altogether. We just spoke in bleep-bloops and groans to one another, for the entirety of isolation.”

Uni itself ended on a strange note for Amelia. They remember the day of their last exam (undertaken online), submitting their answers alongside their old flatmate and realising the enormity of the void all at once. ​“We just immediately felt so sad because there was no celebration, nothing to do, nowhere to go. It was nothing. I think we just went for a walk, in total silence.”

Neither Amelia or Jenna have actually had their graduation ceremonies for their degrees – the event is due this spring, ​“two years to the day we finished,” as Jenna notes. ​“I don’t care anymore,” Amelia says, laughing. ​“The building I’m graduating in didn’t even exist when I was there!”

For both, their entries into the workplace began remotely. Jenna had originally planned on doing a masters in politics, following on from her undergrad, but casually sent off a couple of job applications in her downtime. She was soon astounded to find that she had moved forward with Sheffield City Council’s fast-track graduate scheme.

“I remember doing my assessment centre day from my bed in my uni dorm,” she says. ​“And then I got it, which was a bit of a surprise. But I’m glad I did. My aim was to work in a housing charity and now I work in the council’s housing department.” 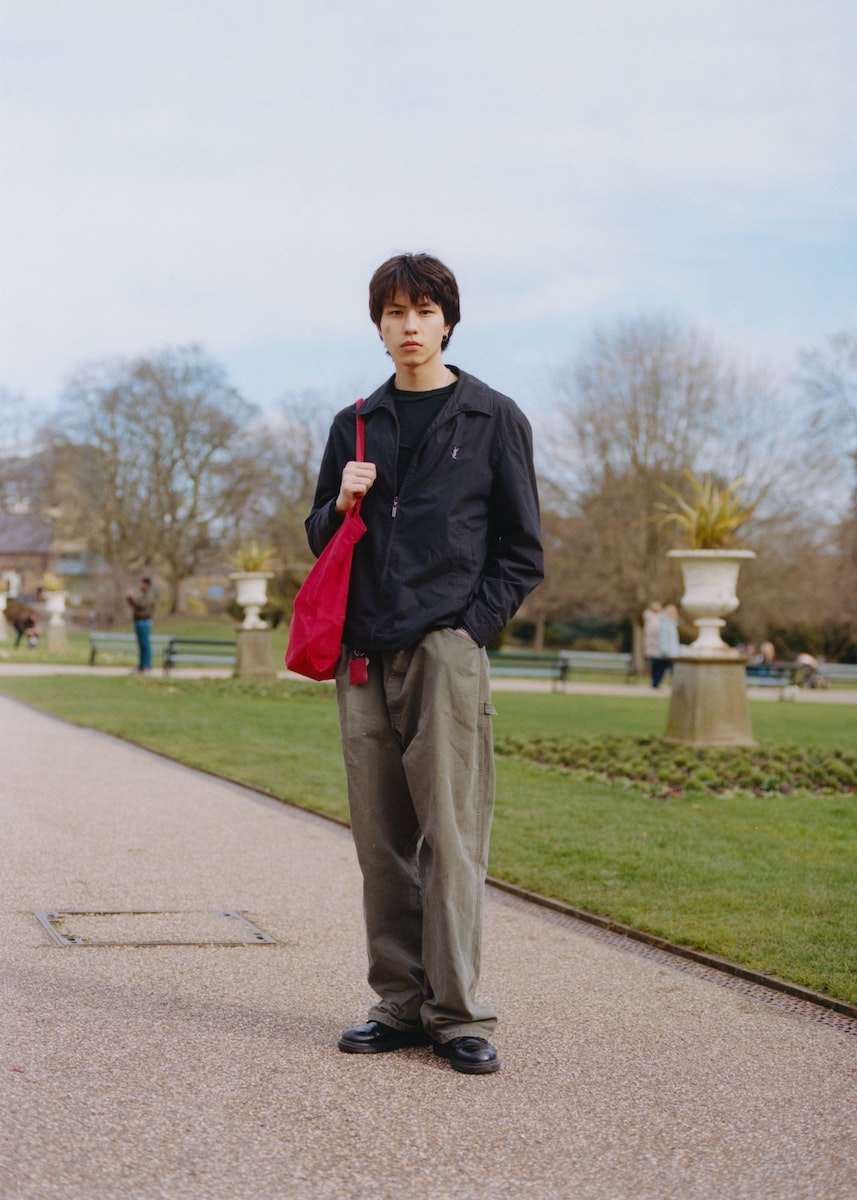 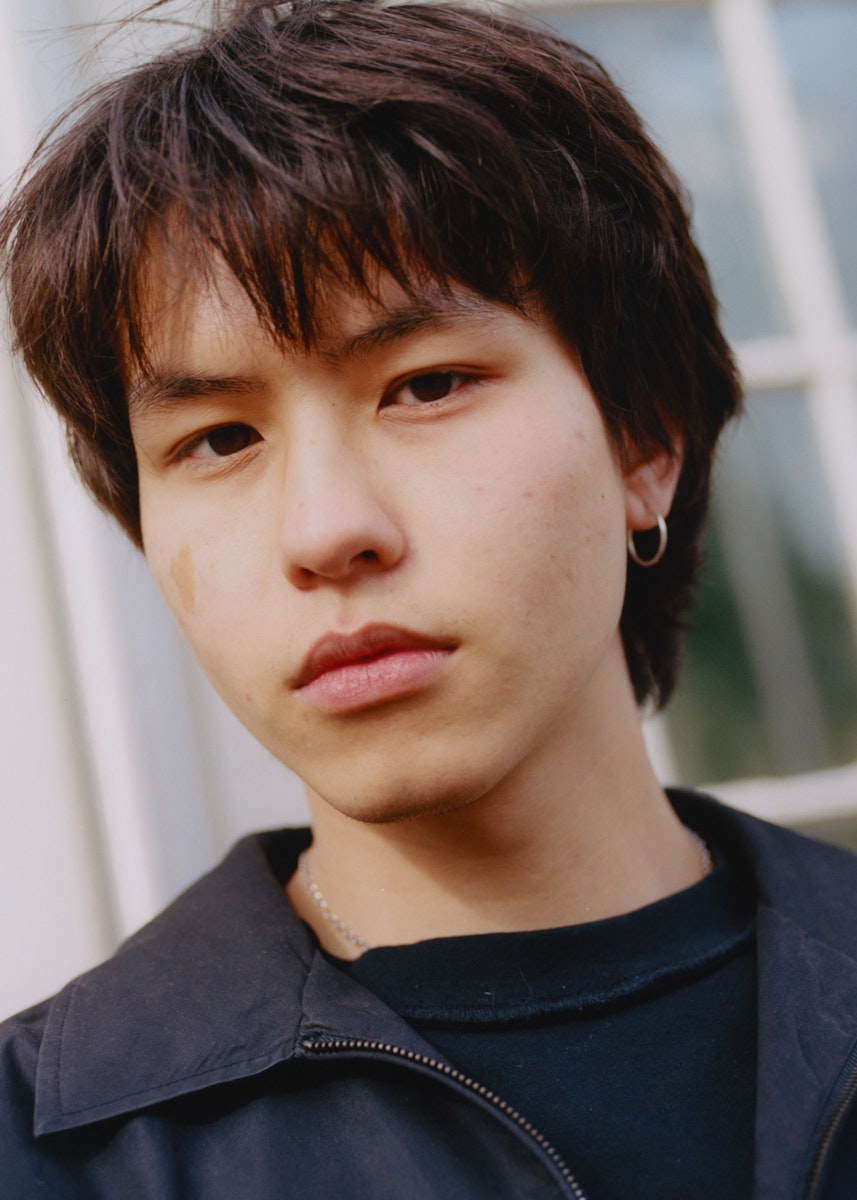 Amelia was a bit more gung-ho with their job choice: they now works in the NHS as a clinical radiation scientist, having studied physics at Leeds.

“It was definitely a decision informed by the circumstances. It seemed interesting, they were willing and there was nothing else around.” Starting the job from home, however, was far more challenging than Amelia anticipated. Without knowledge of their place of work’s location, their colleagues and the dynamics of the institution, they struggled to adapt. ​“For about four months, I hated it. I had to go on antidepressants. It was probably the worst part of the pandemic for me. But since I’ve been able to actually go in and get to know the place, I’ve liked it so much more.”

Not everybody has found the right use for their degree just yet.

Tabitha, 22, a digital media and society graduate, is caught up in Sheffield working in a call centre, unable to parlay her education into a job or a grad scheme.

“It’s boring,” she says, on her way to sift through racks of vintage clothes on the city’s main student strip, Division Street. ​“I’m bored by the pandemic. Trying to find a job is just incredibly difficult to do. I can’t get experience, can’t get a job without experience and Sheffield doesn’t have the experience I’m after for the field I want to go into.”

All the same, Tabitha finds Sheffield living far easier than heading back home to Cambridge, where she’s caught between separated parents with opposing views on the pandemic. ​“My mum’s anti-vaxx,” she says, ​“and my dad’s highly vulnerable.” Her mum’s more relaxed stance had its benefits when she was forced to isolate.

“When I caught Covid the first time, I was worried that my friends wouldn’t want to see me because it’d ruin their plans. My mum immediately offered to pick me up – she didn’t care. She’s all about antibodies so she was happy to catch it.” Visiting her dad, on the other hand, took far more preparation. ​“I’d need to test, test, test in advance. I’d need to spend that week cleaning my hands and keeping my distance just in case. It was so stressful. It still is.” 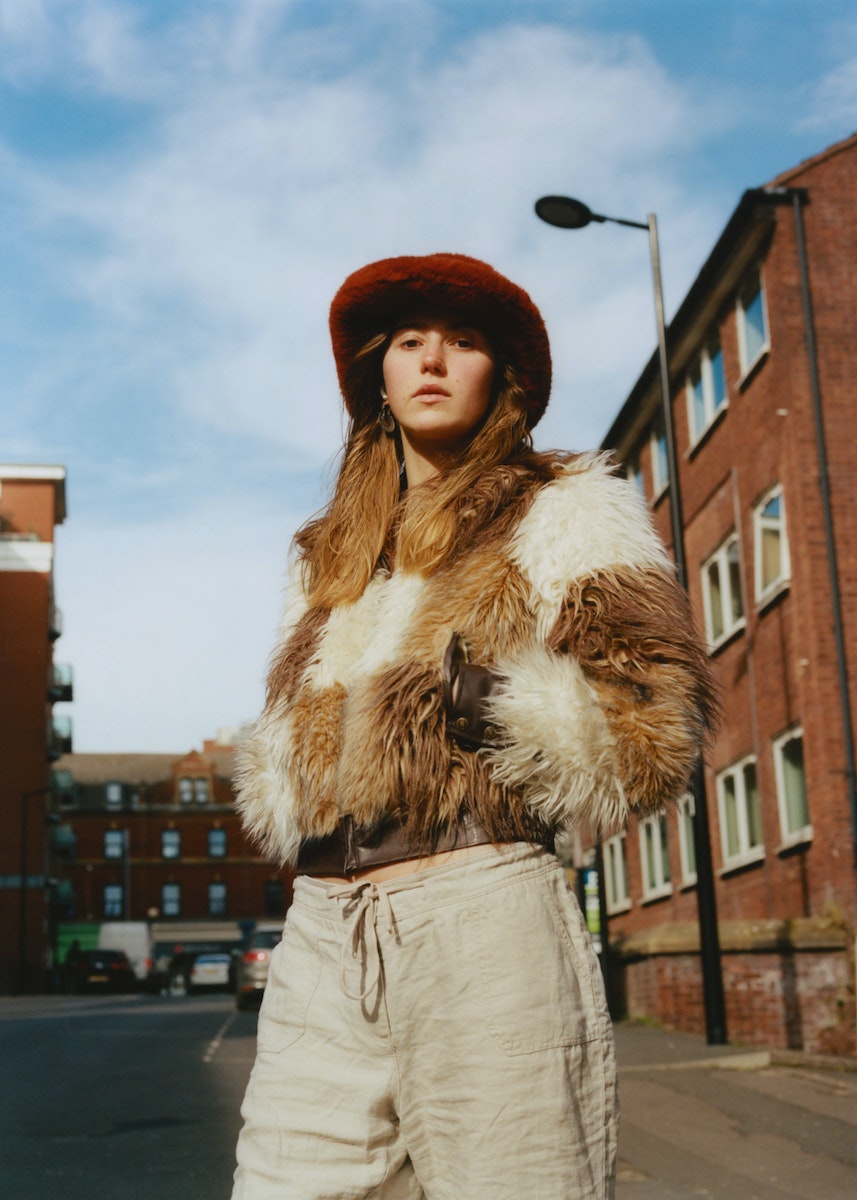 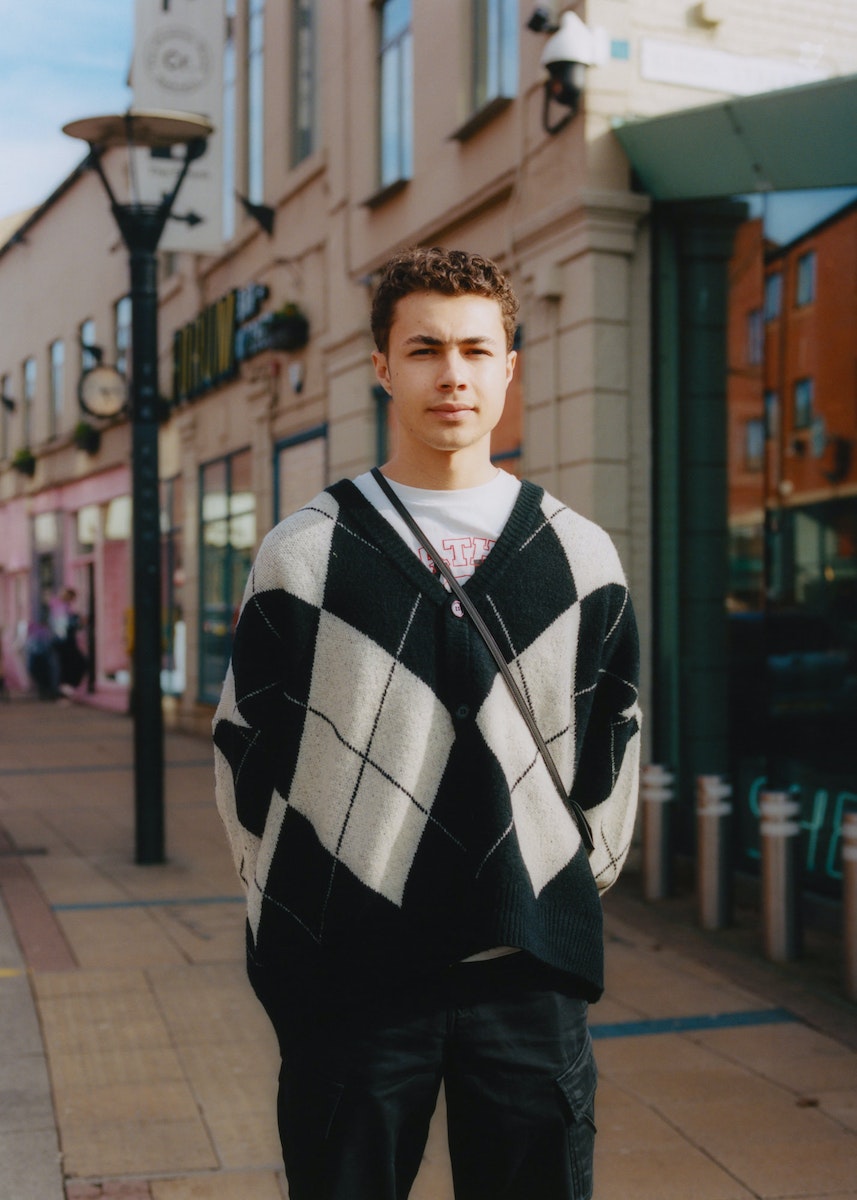 ​“Now I appreciate the little things: the uni, turning up on time, making the most of everything, showing up every day, working with my classmates. I want to get as much experience as I can, in and out of school, and I just want to jump at opportunities wherever they come.” – Roan

As Sheffield and the country opens back up and restores normality – or its lookalike – Leon, back in the student house, is acutely aware that he has lived through unprecedented times, times that will only be understood by those who went through it alongside him.

“I look at the first years now, coming through into the city, going out and going to classes, and it’s totally normal for them,” he says. ​“I only went into the university nine times in my first year, which when you think of how much I’ll be paying for it, is ridiculous. I have to say, I’m a bit jealous of them.”

Yet for the multitude of challenges and hardships, there’s no regret on his part, or the others, for having spent their pandemic in Sheffield, doing their best to navigate the uncharted waters of a world in flux. Their characters will have been formed in part by living through Covid, but that in itself is no bad thing. As Jenna in the Botanical Gardens said: ​“Before Covid, I’d never been any good at talking about how I feel, where my head’s at, to those around me. In a way, it helped me open up.”

Friendships endure, lessons are learned and the bright spots of these 24 months will, one day, be looked back on with at least a little bit of fondness. Doesn’t that sound just a bit like normal teenage years?