On 2nd August, three days after his release from Swedish authorities, ASAP Rocky attended Sunday Service, the intimate and invite-only affair hosted by Kanye and Kim Kardashian West in Calabasas, California. In July, The West familyand Trump Administration coordinated their celebrity and political efforts in attempts for Rocky’s release from Swedish criminal justice facilities. #FreeRocky hashtag was featured throughout President Trump’s Twitter account, as he dog whistled to the Black community in the United States about his communication with Stefan Löfven, Sweden’s prime minister.

In recent weeks, Trump may have wanted to rectify his relationship with young Black and Brown voters after a series of verbal attacks against the ​“Freshmen Four”, a progressive coalition of freshmen women of colour in Congress, in which Trump tweeted that they should ​“go back and help fix the totally broken and crime infested places from which they came,” even though three were born in the United States. At a speaking event in North Carolina on 17thJuly, President Trump targeted Congresswomen Ilhan Omar, and created an opportunity for attendees to engage in ​“send her back” chants, since the Minnesota Representative was born in Somalia.

On 19th July, Trump started tweeting about ASAP Rocky. He offered to pay for the rapper’s bail, even though the financial-based policy is not applicable to Sweden’s criminal justice system,. But the United States and Swedish systems share a commonality of holding prisoners in isolation, before sentencing.

Applauded for their low incarceration rates, Swedish prosecutorsare required to present evidence of a probable crime, yet can exercise agency in relation to pursuit of a trial. Compared to the American criminal justice system of juries and elected civilian bureaucrats, judges and prosecutors work in collaboration with scholars to maintain an evidence-based justice system, Yet, Swedish officials haltedrepresentatives from the United States Embassy to meet with Rocky and the members of his entourage arrested alongside him, Bladimir Corniel and David Rispers Jr. This was against standard protocol and procedures.

Rocky, born Rakim Meyers, voluntarily spoke to officials at a local Swedish jurisdiction after videos surfaced online depicting the altercation. Although videos on the rapper’s Instagram, displayed the two men, one identified as Mustafa Jafari, as assailants, Jafari weaponised his headphones and inflicted harm on Rocky’s bodyguard. Despite Rocky’s attempts of self-advocacy, the rapper was arrested and subjected to solitary confinement, after being classified as a flight risk on 5th July by the Swedish Prosecution Authority.

The following day, Rocky’s close affiliate A$AP Ferg utilised Instagramto inform fans of Rocky’s incarceration, ​“He’s in Sweden locked up in solitary confinement with no visit or phone call privileges. They are trying to keep him there for 2 weeks and if convicted he will be looking at 6 years just for defending himself in a fight. He was no way in form the aggressor in this ordeal. Pray for justice. #freeflacko”.’ 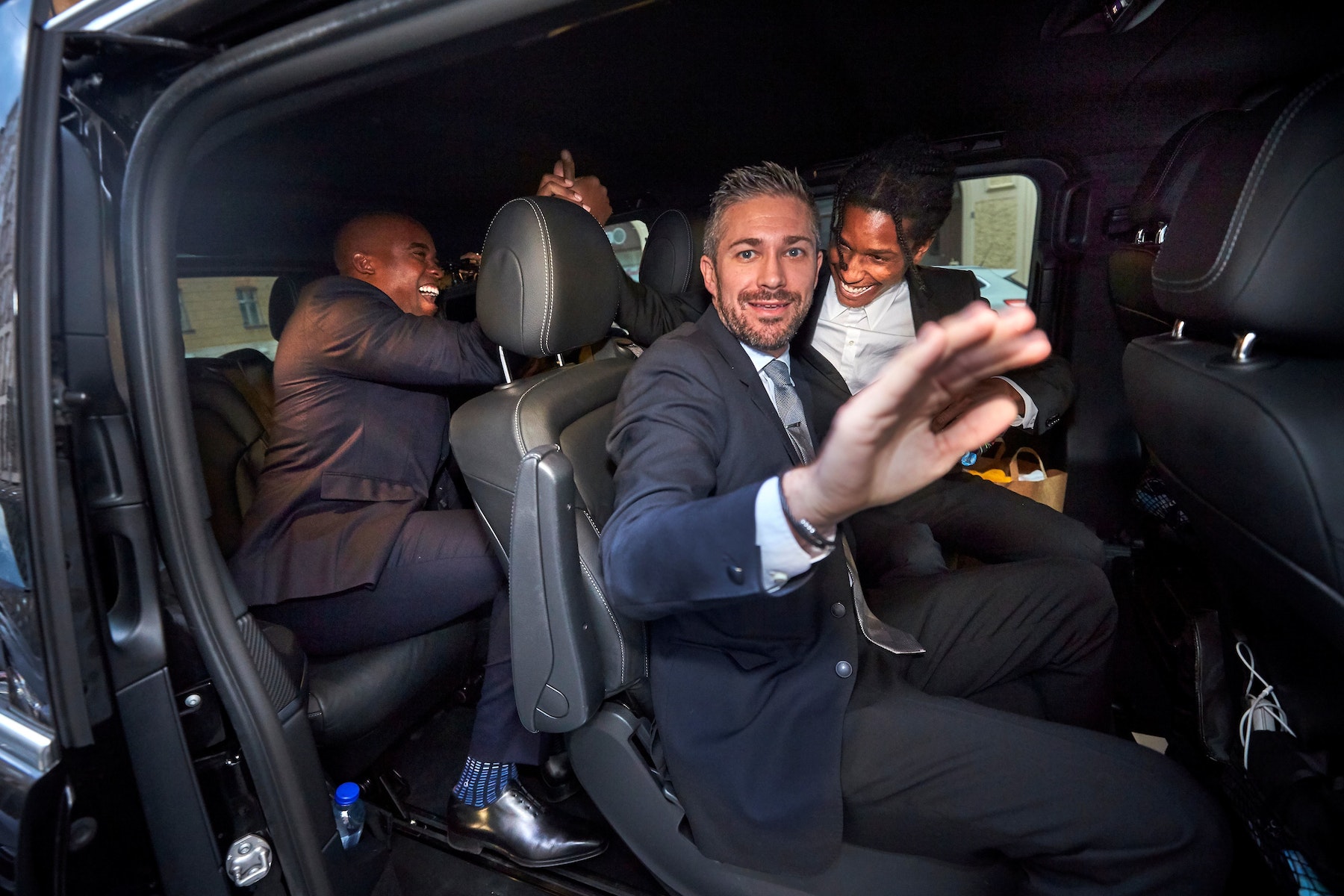 ASAP Rocky leaves the district court in his car after the third day of his trial over a June street brawl, which took place on 2nd August in Stockholm. 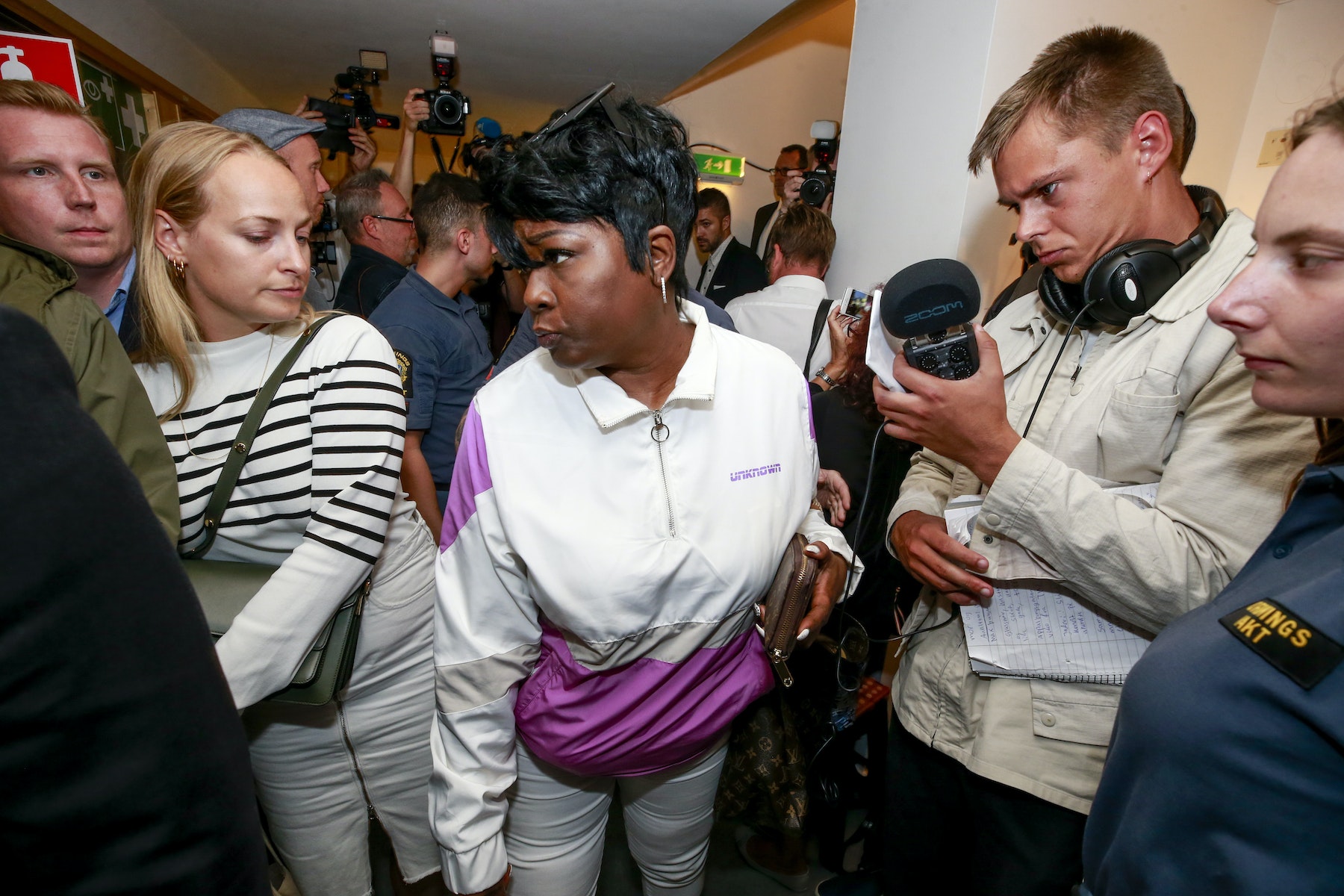 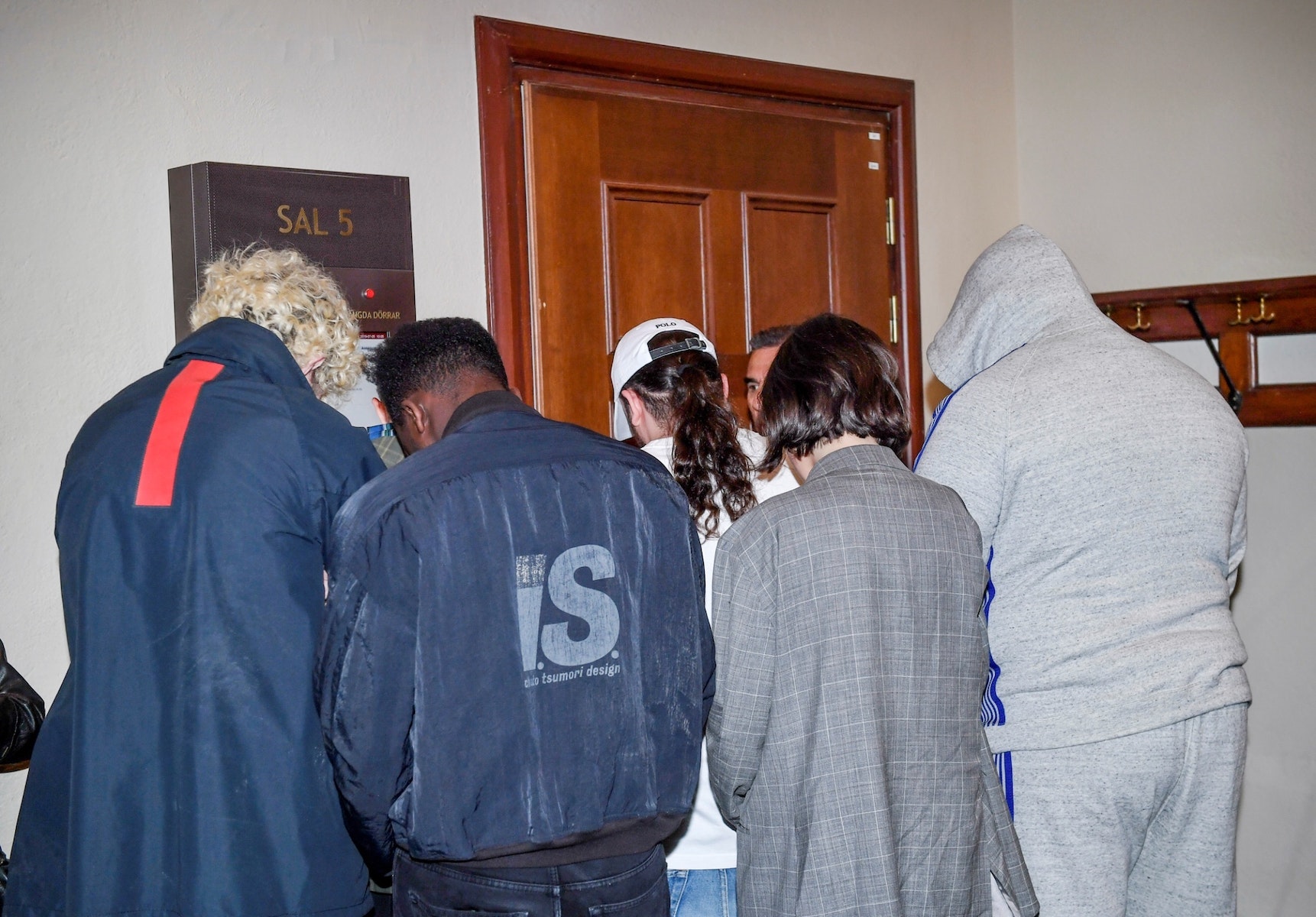 People wait outside the court room where negotiations are held against ASAP Rocky in Stockholm, Sweden, 5th July. 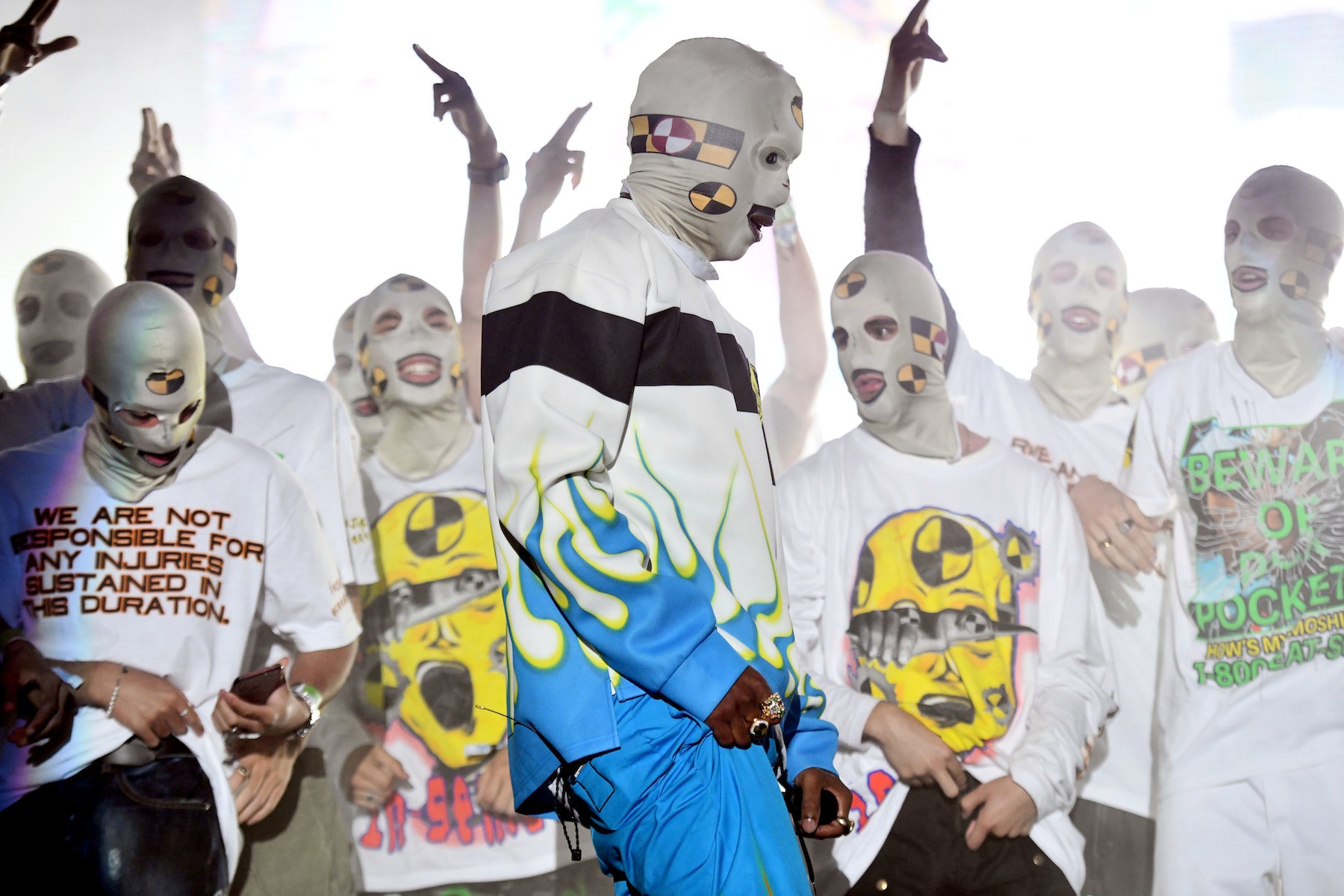 After finally returning from Sweden to the US, Rocky performed onstage during the 92.3 Real Street Festival at Honda Center on 11th August in Anaheim, California.

Last year, G‑Eazywas arrested for assault, possession of drugs, and use of narcotics, after a club incident last year, and was released from Swedish authorities within 36 hours. ​“Facts. This is the sad truth…The difference between me and Rocky’s treatment and process in Sweden brings to mind two concepts that disgustingly go hand in hand: white privilege and systemic racism. Let’s call it what it is. He should not be behind bars right now. My heart goes out to my brother @asaprocky and his team. We’re riding for yall. #JusticeForRocky #FreeRocky”, the Oakland rapper posted on Instagram highlighting the racial disparities in sentencing and treatment among the two rappers.

In light of Rocky’s situation, Quavoof the Migos spoke out about his treatment from Swedish authorities: ​“As soon as we went to Sweden, they had me and my cameraman on the curb and they were trying to lock us up too. They ended up letting us go. It is what it is, but Sweden real tough”. In 2015, Snoop Dogg was arrested by Swedish authorities and subjected to a drug test. He pledged to boycott Sweden, arguing that he had been racially profiled. There is a clear pattern of behaviours enacted by Swedish authorities in their treatment of American rappers, and centred on their racial identity.

Tyler, the Creator, ScHoolboy Q, T.I., and Lil Yachty have pledge to boycott Sweden, due to their clear discriminatory practices towards Black hip-hop artists. At the Real Street festival in Anaheim, California, his first performancesince incarceration, ASAP Rocky, said ​“Hip-hop never looked so strong together”. Joined by YG and Tyler, Rocky exclaimed about his thankfulness to God and his friends who prayed throughout the ​“scary and humbling” experience. Although solidarity abounds, Rocky’s established comments about the passing of Michael Brown in Ferguson, and emergence of the Black Lives Matter movement, have created an intra-community rift in the Black community about the Harlem rapper. In 2016, Rocky self-described the movement as a ​“bandwagon” and evoked ​“All Lives Matter” rhetoric during a radio appearance on The Breakfast Club. As Black communities organised against state violence and for the acknowledgment of their lives throughout the United States, these individuals and families were unsympathetic to Rocky’s situation in Sweden, because of his dismissive attitude towards for the plight for civil and human rights.

Against Rocky’s pleas of self-defence against Mustafa Jafari, the Stockholm District Court found the 30-year-old rapper, guilty of assault,and mandated the payment of plaintiff’s damages. Due to his three weeks of solitary confinement in a Swedish detention centre, the judge felt the Rocky received satisfactory jail time, and suspendedhis sentencing. The rapper’s conditional sentence, a two-year probationary period, could be appealed by ASAP Rocky and his legal team.

As Rocky assimilates into society after his experience of being racially profiled by Swedish authorities, Kanye West’s words in All Falls Down come to mind: ​“Even if you in a Benz, you still a nigga in a coupe.” From here, Rocky could have an opportunity to rectify harm inflicted upon the Black community for his previous comments, or he could be utilised by President Trump as a ploy to garner Black millennial votes for the upcoming presidential election. The decision is his.