Charlie Bones knows his radio show is an acquired taste. ​“It could be awful for half an hour,” the Do!! You!!! host admits, sipping a cup of tea among packed record shelves in his East London flat-turned makeshift radio station. ​“Even me having a conversation with somebody could be painfully awkward and everyone in the chatroom is like: ​‘Fuck this person, this is awful radio, you suck as a host!’ Then, they’ll say their grandma is a pro arm-wrestler. And suddenly, you’re in a whole other world.”

Over the last 10 years, Bones’ Do!! You!!! breakfast show has thrived as a kind of antidote to both mainstream radio’s polished professionalism and the aloofness of underground music culture. It’s built a loyal fanbase for the DJ affectionately known to listeners as Charlemagne Bones, and more latterly as the Self Existing Eagle. And since announcing his departure from his decade-long stint on the independent radio station NTS in August, Bones is proving the power of his following with the launch of his own Do!! You!!! platform.

The arm-wrestling granny reference is no exaggeration of how deliriously unpredictable Do!! You!!! can be. Popular features of the show include Readers’ Wavs (on which Bones plays the music made by listeners, who share their links in the furiously active chatroom) and Jukebox Wednesdays, which encourages them to call in and sing their track requests.

He isn’t shy about having intense debates with callers, either – a recent spat with a Green Party candidate saw them clash over the issue of pedestrianisation (Bones has done a lot of van work in his time).

As for the music: over the course of a typical three hour show, Bones might drift through disco, lounge jazz, funk, folk, ambient, ​’80s pop, boogie, hip-hop, house and water drumming from the Vanuatu archipelago. The only real common denominator is that the tunes tend to have a soul-soothing quality which hits the spot in the mornings.

One highlight show from last year was themed around ​“tracks you remember your mum playing in the car”. Think: Tina Turner, Pavarotti, Enya’s 1988 new-age classic Orinoco Flow (Sail Away) and Seal’s mortifying rock ballad Kiss From a Rose.

Do!! You!!! surged in popularity during the 2020 lockdowns, with NTS boasting more than 2.8 million monthly unique listeners. Maybe it was because WFH orders allowed more people to tune in without irritating their colleagues. And in a year which was brutal for most people’s mental health, there was something strangely comforting about listening to a radio host who didn’t hide his own anxiety.

Bones agrees he had a kind of creative breakthrough over the last 18 months. ​“I was killing myself staying up late trying to get the show ready, always worrying about it,” he says. ​“Then I just started freestyling every morning, and it’s much nicer that way.”

As chaotic as his approach is, Bones has studied the art of spontaneous humour. Alongside the famously uncompromising Radio 1 DJ John Peel, Bones cites surrealist stand-up Andy Kaufman, old-school David Letterman, deadpan Canadian comic Norm Macdonald and Bob Fass – a free-form radio pioneer from Brooklyn who emerged from the 1960s counterculture – as the key inspirations for his off-the-wall style.

I’ve come to meet Bones the week after the ​“Test Transmission” of the new Do!! You!!! platform, a few days before it properly launches online in late October. It’s a crisp autumn afternoon so Bones – strikingly tall (about 6′5″, he reckons), dressed in a Do!! You!! hoodie and camo trousers, his unruly hair tied in a bun – decides to take me and THE FACE photographer for a spin in his old BMW convertible (“DOYOU” is embossed on the boot in metal lettering), raking it to one of his favourite restaurants for pizza and Peronis. He’s had plenty of sleepless nights over the last few weeks, he admits, but the launch of his new venture has put him in good spirits.

Bones’ head is spinning with new ideas for the Do!! You!!! platform. He’ll be joined by other hosts and there’ll be more music shows, of course. But there’ll be loads more weird stuff, too. Bones wants there to be a show involving a bunch of chefs ​“just getting high, playing music and chatting about cooking”. He’s also dreaming up a series which is like ​“The Archers, but for DJs”. Back at his flat, he bounces about with restless energy, sometimes bursting into laughter when he realises the absurdity of his own comments a few seconds later.

“There’s this woman who used to have a show on Resonance [FM],” Bones says of the beloved London community radio station, ​“where she would just walk through the street playing the saxophone, and her phone was mic-ed to it so that was what was going back to the studio,” he says admiringly. ​“So you’d be listening to her walking around and then she would say: ​‘Look, I’m in Liverpool Street and I’m at this payphone, this is the number!’ People would call in and she would have a chat and then go back to playing. So I got in touch with her,” he says. ​“I really would love that [for Do!! You!!!].”

On top of subscriptions (the options range from £1 to £10 per month) and flogging Do!! You!!! mugs and tees, Bones is looking into another means of funding the new station.

There’s good news and bad news about that. Bad: there’ll be ads. Good: they’ll be recorded and submitted by the listeners themselves. It’s a loving nod to the ​“rinky-dink” adverts Bones would hear on pirate radio back in the day, some of which are archived in the boxes of cassettes stacked up in his flat.

Bones started taping radio sets during his teenage years, when the explosive sound of jungle transmissions alleviated his boredom while growing up in Reading. He had his first shot at broadcasting on student radio while at Reading College. Then, after moving to London in 2000, he landed a slot at a community station in Victoria before cutting his teeth on Itch FM and a pirate soul station.

At some point he entertained the idea of a career in fashion, studying menswear at the London College of Fashion. However, he found the degree depressingly high-street-focused (“making trousers for Matalan,” he says, shrugging). He had a brief taste of working in showbiz when he landed a job at E4, which involved writing lines for Russell Brand. But he sounds bored by the mere memory of a digital channel then best known for Celebrity Big Brother and eternal reruns of Friends.

It had to be music, really. Like a lot of great London DJs who were out and about during the ​’00s, Bones found inspiration at the sorely-missed Plastic People club in Shoreditch, which eventually closed its doors in 2015. Renowned for its exceptional sound system and headsy punters, Plastic hosted residencies by DJs like Theo Parrish and Floating Points as well as the era-defining dubstep night FWD». Bones worked behind the bar, but soon made his way to the DJ booth.

It was at Plastic where he got to know Femi Adeyemi and Sean McAuliffe, founder and co-CEO of NTS Radio, respectively. Realising that the rigid music policies of both mainstream and pirate radio no longer represented the eclectic tastes of his mates, Adeyemi launched NTS in 2011 with, the story goes, five grand and some decks purchased via his mum’s Littlewoods catalogue. Bones was one of the first hosts he recruited.

“Up until that point I hadn’t been on a station where the studio manager or someone was not telling you what you can and cannot do,” Bones says. ​“And it was shocking because you think when you get on a pirate: total freedom. But I’ve never been more restricted than when on pirates. I couldn’t have loved [NTS] more in the beginning.”

As NTS grew over the following decade, the station’s ​“no music policy” ethos had a massive influence on how underground DJs play. Its celebration of obscure and eclectic selections attracts both admiration and affectionate piss-taking. ​“Put NTS on at breakfast and six hours later you realise you’re listening to someone reading German poetry and playing the glockenspiel,” tweeted one listener in a post shared by the station.

A lot of listeners would argue that Do!! You!!! was the heart of NTS. After starting with a Sunday slot, Bones gradually took on more and more hours. At some point in the mid-2010s he found himself hosting Do!! You!!! from 9am to noon every weekday, while also still working van jobs and getting what he describes as ​“shit” DJ gigs (disinterested festival crowds, bad time slots, stingy pay) on the side. 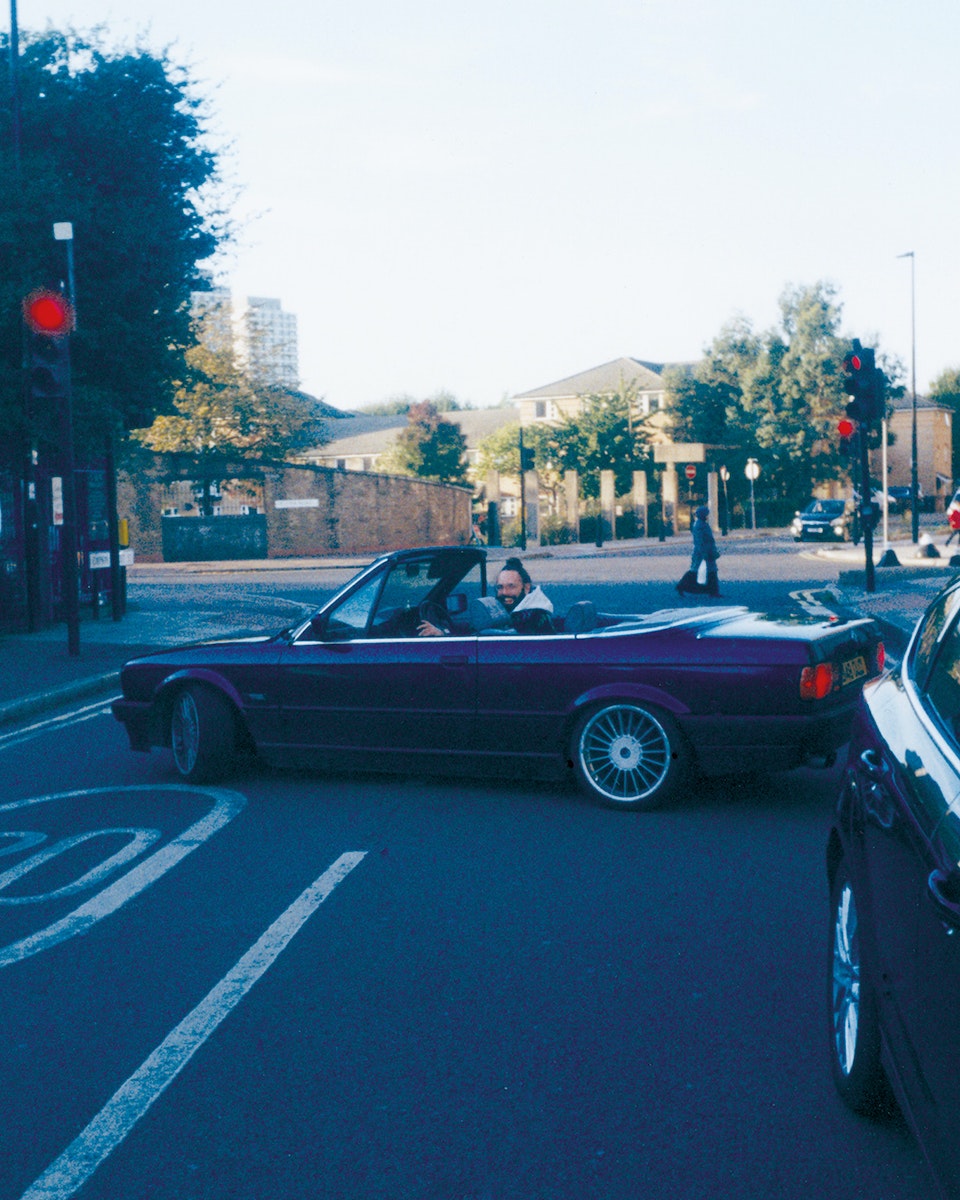 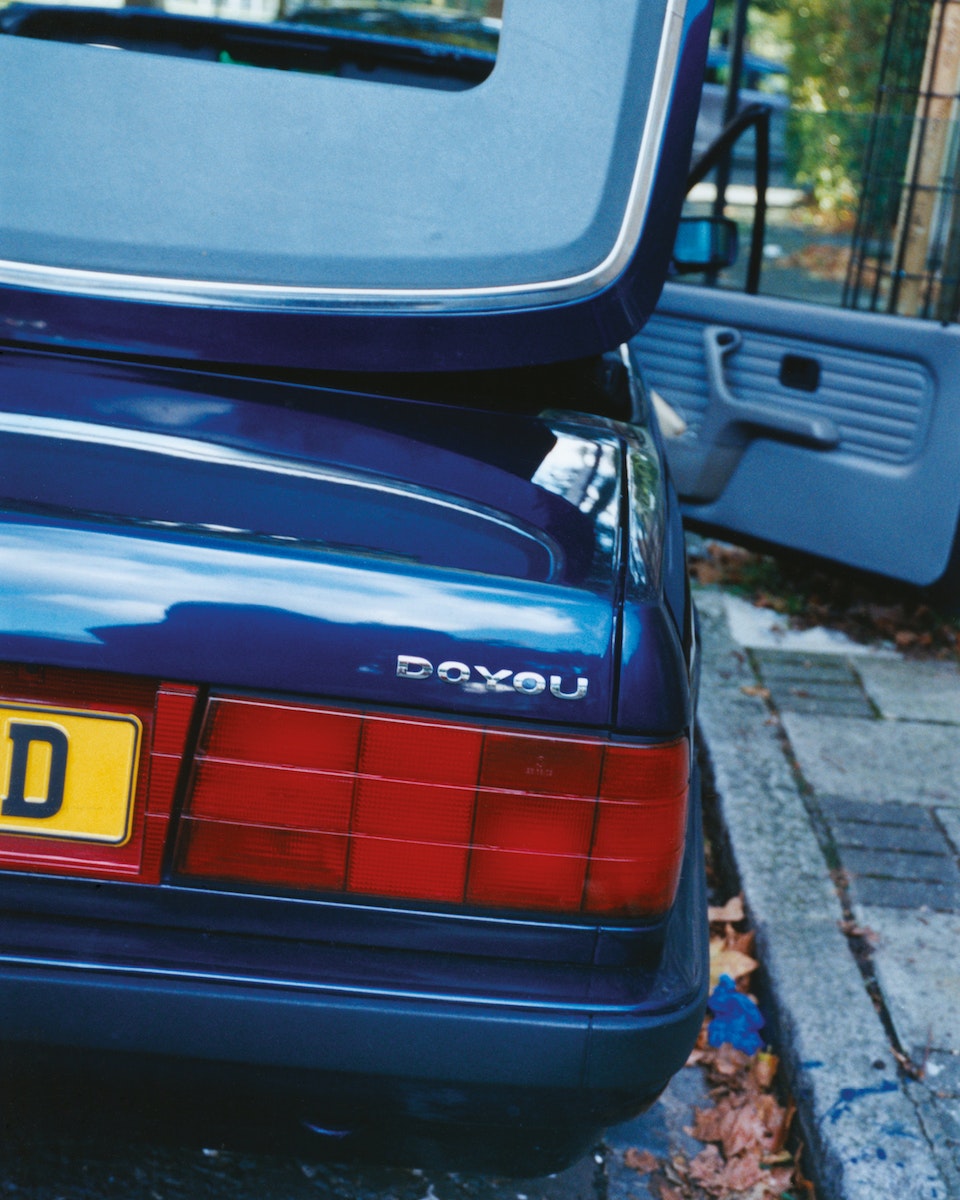 But this summer, on 20th August, Bones announced his departure from NTS live on air, sending the chatroom into a frenzy and causing a flurry of nervously excited WhatsApp and Slack messages among NTS listeners.

Bones stresses that he’s grateful to NTS for the opportunity that they gave him and doesn’t want to stir up any negative feelings around the station. ​“As I said, the first five years were the happiest time, because it was so chaotic and obviously I live for chaos. I liked it because I found my freedom,” he says, sparking up a Benson & Hedges Silver.

But at some point, as he explains it, when the station got bigger, he felt pressure to make changes to Do!! You!!!, despite the show’s obvious popularity. ​“I was not doing cool shit. I was trying to constantly push weird, silly, fun stuff… So there was a difficult period, where I was aware that what I was doing well was not what they wanted.

“And the direction they were going in and the direction I was going in,” he continues, ​“it just seemed to widen and widen.” Around autumn last year, a freelancer friend encouraged him to strike out on his own. ​“And it just scared the shit out of me, that idea, because I had so much loyalty to NTS.” But now, with his own platform up and running and a small like-minded team to help him with his vision, he has no regrets about moving on.

During the first few Do!! You!!! broadcasts post-NTS, there were some technical glitches to iron through. Bones obsessively asked the chatroom for their feedback on the sound quality, a priority that calls back to his Plastic People days. The reports that came back were overwhelmingly positive. He shares Instagram Stories of regular listeners who are comforted to hear his voice again. One is listening while opening up their pub in Peckham, another playing Lego with their kid, another peering out of their window at the gondolas in Venice.

“When I quit, everyone was like: ​‘Charlie, you gotta capitalise off of this, make money off of this!’” he says. ​“And I’m like: ​‘That’s fear.’ I think what I’ve built is a much stronger, deeper connection. [The listeners] actually understand what I’m doing and they know I need to take time out. And that’s really nice because there’s a really strong bond, there’s a mutual respect thing. And it makes me relax.”

The Self Existing Eagle has landed.

Check out the new Do!! You!!! radio here