It takes a certain kind of energy to work a dress that’s made with blown-up pictures of yourself, and it’s the kind of energy that Shygirl exudes by the bucketload. At a packed out gig at The Boot Room, Dr. Martens’ intimate music venue in Camden, south London’s Blane Muise aka Shygirl glistens on stage in her very own suit of armour — her most liked selfies on Instagram. Her look comes courtesy of friend and designer Max Allen, accessorised with a feathered collar, satin gloves that go over the elbow, shimmering eyeshadow and long pink nails. She pairs the dress with black platform DMs (the Jagger model), because, as she says when we chat over the phone, ​“You know, I like to be a bit taller than everyone else.” Once her show begins, Shygirl sashays across the stage brandishing a huge fan, and custom Shygirl fans are handed out to the clamouring crowd.

Muise has only been making music as Shygirl for a couple of years, but, with the support of close friend and frequent collaborator Sega Bodega, she’s recently made an impact in the realms of club music and leftfield pop. Her debut EP Cruel Practice, released last year on NUXXE (the label she runs with Sega, Coucou Chloe and which recently signed Brooke Candy), saw her labelled as ​“the Regina George of grime”, and laid out a statement of intent — Shygirl is anything but shy; she is brash and sassy, she tells it like it is, and she has no qualms with embracing her sexuality, nor penning lyrics about troublemaking boys. 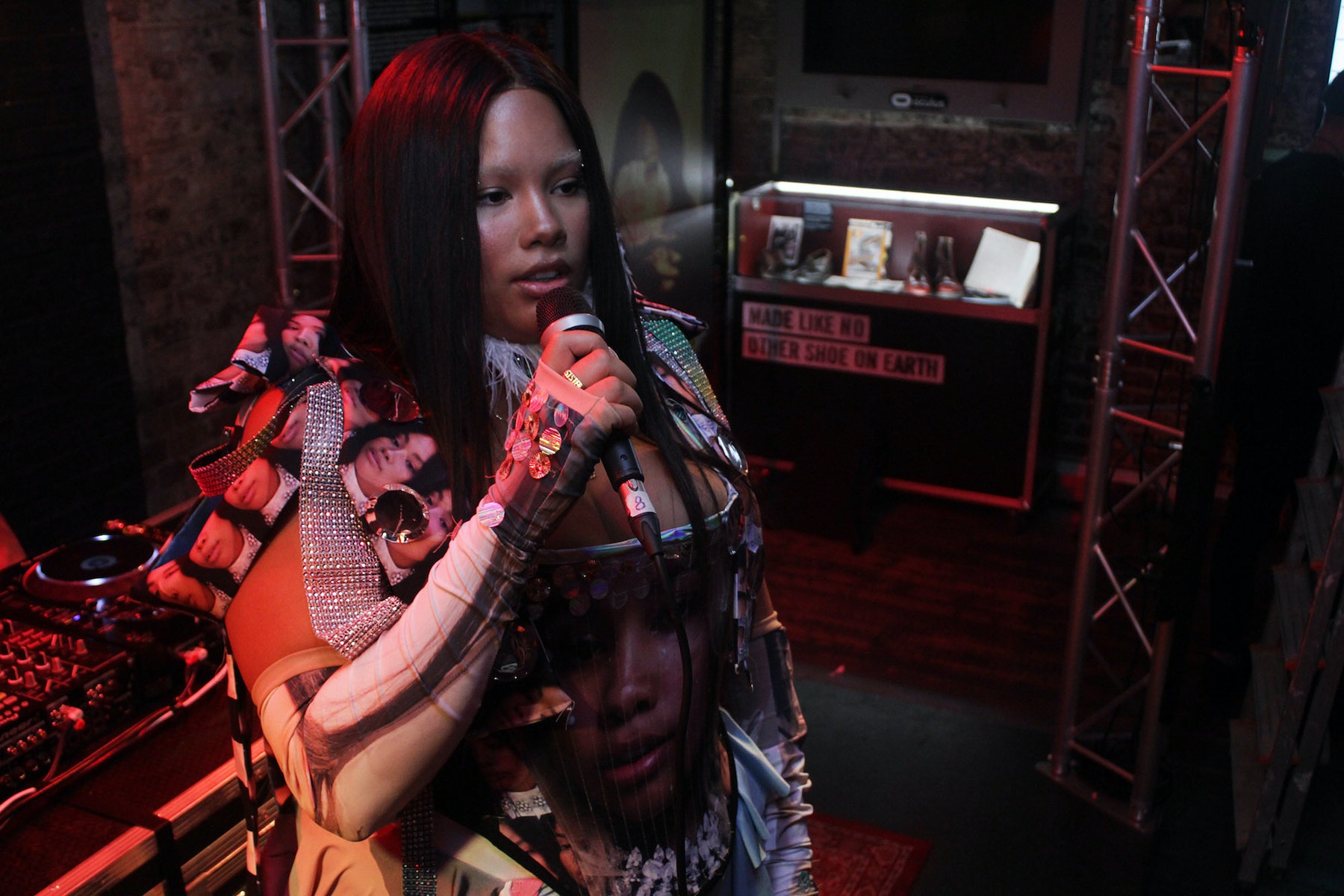 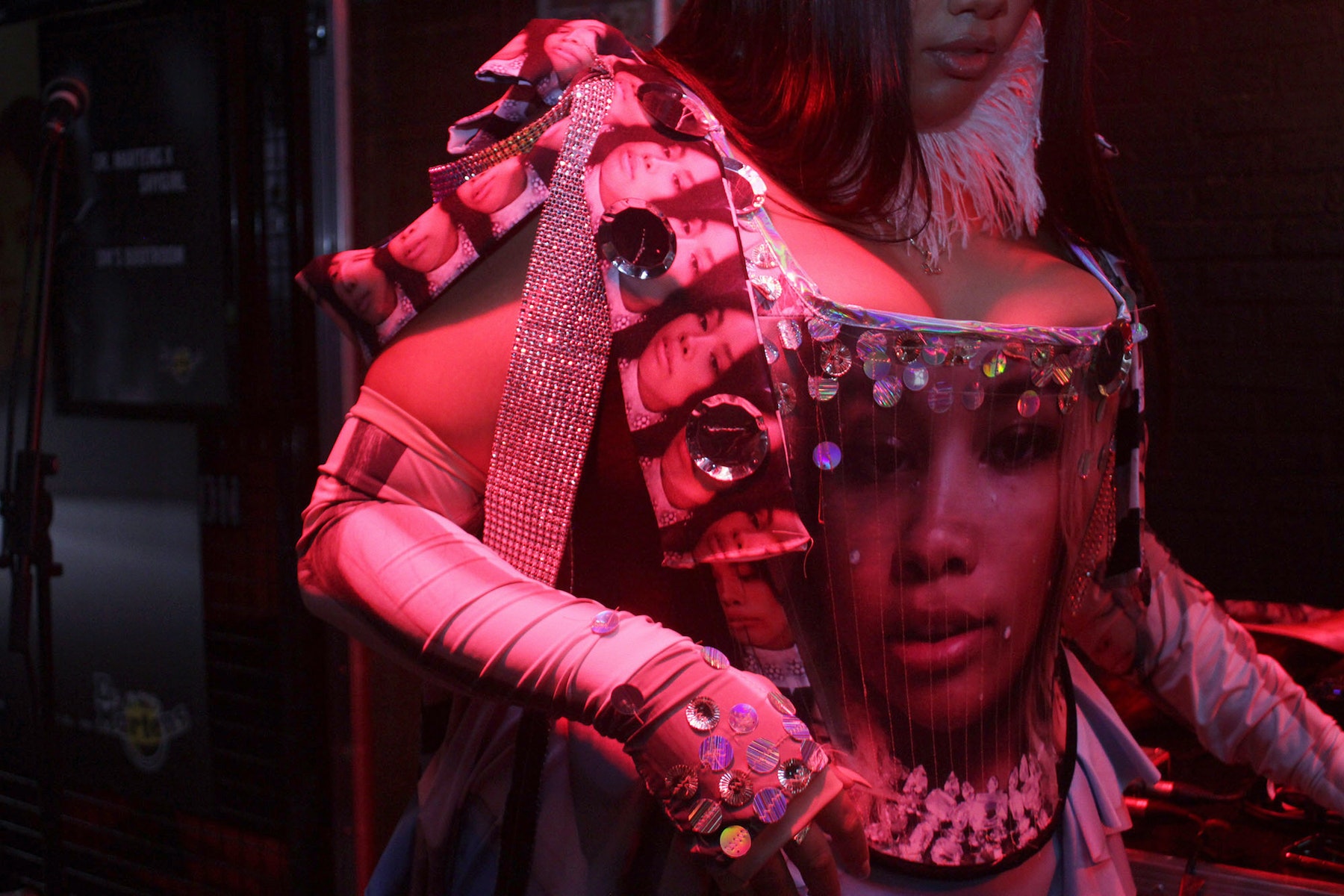 “I find a good home for my bad traits,” Shygirl says, as we talk about the inspiration for new single BB. What are her bad traits? ​“Literally just boys” she laughs. After spending her teens with her head buried in a book, Muise describes herself as a late bloomer. ​“I’m making up for lost time now I’m in adulthood,” she says cheekily. BB is the second Shygirl single of 2019, the follow up to UCKERS, a swaggering dancehall cut that marked her most pop-leaning release to date. BB started as an acronym for Bad Boys, but, with the affectionate connotations too, the project developed into an ode to everyone Shygirl shares her life with — her creative partnership with Sega, her friends, boys she’s chatting to. ​“I have a habit of sharing pieces of me with people, romantically, who probably aren’t the best for me,” she admits. BB is about seeing the good in those bad times, about absolving yourself of regret, and enjoying life, no matter what. 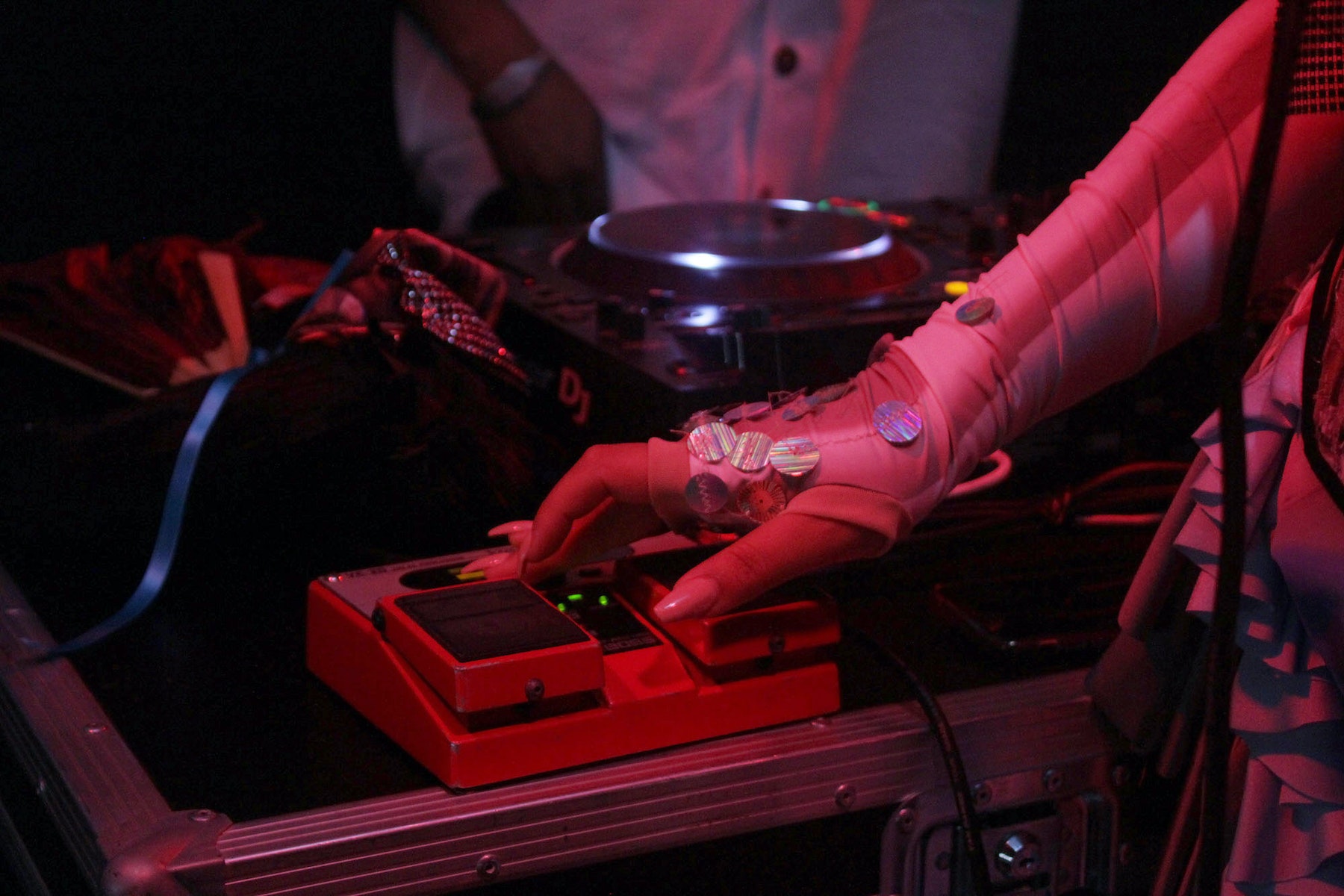 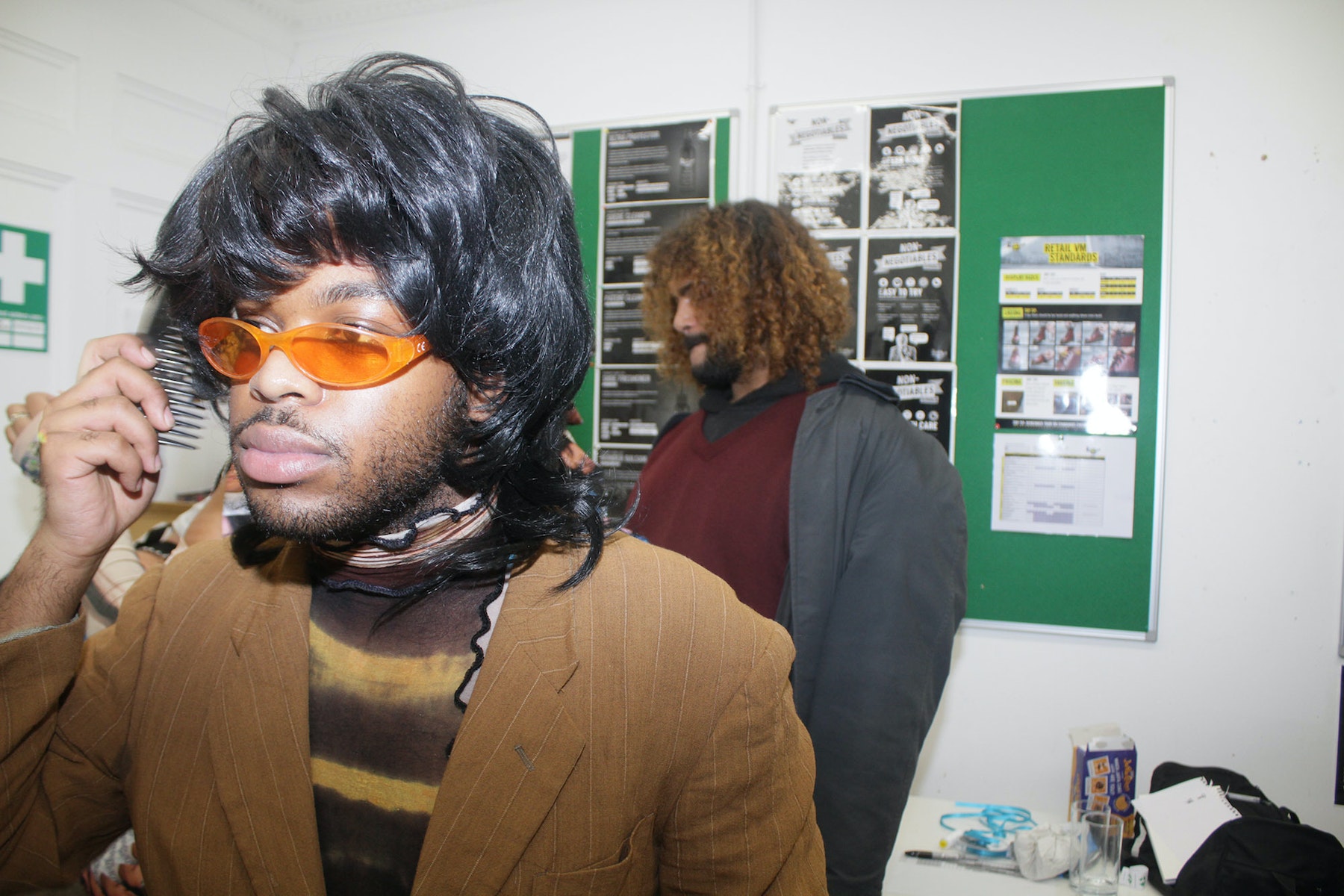 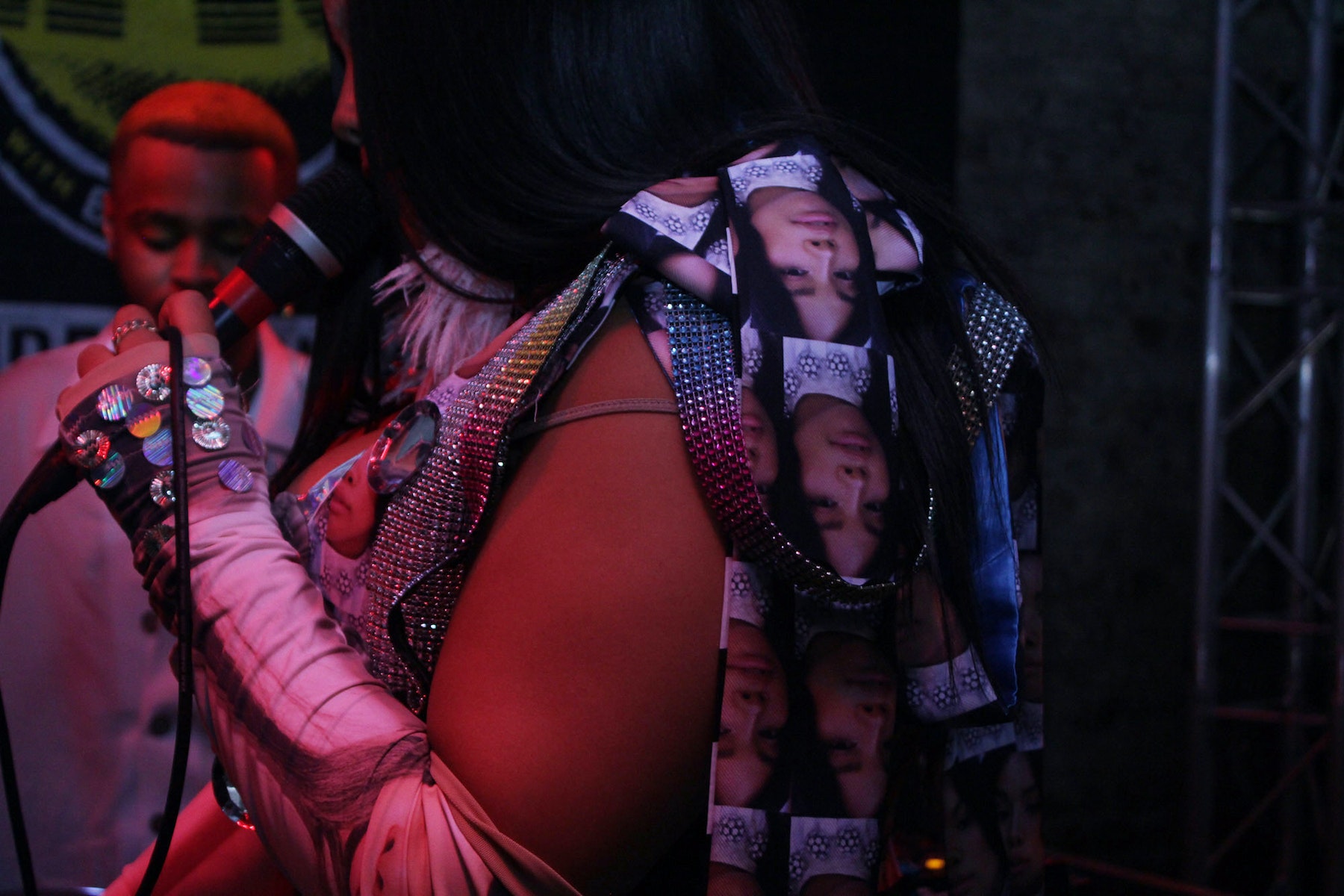 The idea of opening yourself up to a romantic relationship that’s detrimental to your own growth is something we are probably all guilty of at one time or another. ​“I don’t know any girl who doesn’t think the things I’m saying,” Muise says. As a no-holds-barred voice for women who know what they want, Shygirl understands her position as an independent artist and a woman in the music industry, and admits that constantly championing your own ideas can be tiring. ​“No one wants to be a lone cheerleader in a crowd,” she says, explaining that the support of DMs, and the synergy with her ethos as an individual with the objectives of their Tough as You campaign, has given her the freedom to express herself and be in control of her own ideas, whilst also working alongside a team of friends and creatives that are helping her to expand her vision.

“You know when you need something and all of a sudden you realise how useful everyone is,” she laughs, ​“it really does take a village, I’m so lucky to be surrounded by people with so much talent.” The newly-released visual for BB is a prime example of how Shygirl comes to life in the hands of her whole crew, with Mischa Mafia of the party/​collective PDA providing her expertise in creative direction, styling, and casting. ​“I wanted to have a really simple idea, well executed,” she says about the video, which sees Muise dressed all in beige (her colour of the moment), driven around by a man in a balaclava; his identity immaterial. But there’s no doubt that the focus of BB​’s video is Shygirl. ​“I feel like I’m introducing myself,” she explains, ​“I wanted to be centre stage, to show the bigger picture, I feel like this video really does that.”

Shygirl finds inspiration in boys, friends, travelling around London, partying in Glasgow and, ​“the idea of euphoria rather than the experience of it.” Interestingly, for someone whose music is so informed by the club, Muise says she would, with the exception of parties hosted by her friends, prefer to listen to club music at home, imagining her own state of euphoria away from the dark confines of a dance floor. But her biggest inspiration? Herself. She never clicked with a degree in film and photography because she never really had the right muse. Fast forward to now, ​“I feel inspired to fulfil my ideas,” she says, ​“I didn’t have that before. As it turns out, my muse is me.”

Dive into Dr. Martens' Tough As You campaign