“I’m a boss … that’s going to be my new narrative,” Kamaiyah declares. The 27-year-old Oakland rapper had felt stuck in a restrictive contract with Interscope records for years, and she’s finally broken loose. ​“You’re going to feel that. [People are going to say], ​‘All right, she’s bossing up. She has ownership in what she’s doing. She’s taken leadership of her own career.’”

For fans since day one, Kamaiyah’s return to independence is something to celebrate – as is her investment in the local music economy (her album Got it Made is distributed by independent San Francisco company EMPIRE). When Kamaiyah first broke through back in 2016 with her self-released mixtape A Good Night in the Ghetto – spearheaded by the bittersweet anthem How Does it Feel? – she was a breath of fresh air for Oakland, a warm-hearted, unpretentious new artist who had the potential to blow up and was proud to represent her city’s heritage.

Known as ​“The Town”, in the ​‘80s and ​‘90s, Oakland rappers such as Too $hort, Mistah FAB and Mac Dre rapped about their lived experiences of the region’s pimp culture, impacts of the crack epidemic ushered by President Ronald Reagan’s political agenda, and the loss of close family and friends from the intracommunity violence. The Bay Area rap is famous for thick, bouncy basslines – irresistible, in-your-face party music which earned the genre term ​“hyphy” (as in, hyperactive) in the late ​‘90s. Despite their regional fame, most Oakland legends have only enjoyed a small taste of major commercial success. In 2013, LA producer DJ Mustard dominated national radio with a string of hyphy-indebted singles featuring rappers from all over America.

The lack of investment in Oakland’s music scene and loss of the golden era’s best rappers to incarceration and murder contributed to the decline of national attention around the scene. However, the descendants of hyphy and ​“mobbin” – a sub-genre that preceded hyphy; reminiscent of gangsta rap – like Kamaiyah have continued the region’s traditions, channelling classic Bay Area energy over slick beats and trunk-rattling bass on self-produced mixtapes with friends-turned-producers such as Drew Banga and Trackademics.

Following her breakthrough success, YG – who’s been a loyal friend, collaborator and supporter – enlisted her for the hook of hit Why You Always Hatin, also featuring Drake, and took her on as support for his Fuck Donald Trump tour. News emerged that Kamaiyah has signed with Interscope, and she appeared on XXL Magazine​’s Freshman cover alongside the likes of Playboi Carti, A Boogie with a Hoodie and XXXTentacion.

In 2017, Kamaiyah revealed the artwork for her album Don’t Get it Twisted. Shortly after, she self-released a mixtape called Before I Wake, explaining on Instagram that the album was postponed due to uncleared samples, also revealing that she’d had an ​“extremely hard” year, citing the death of her brother, depression and feeling creatively trapped. Don’t Get it Twisted never saw the light of day.

In an exclusive interview below, Kamaiyah speaks with The Face about her new project Got it Made and her liberation from major label meddling. 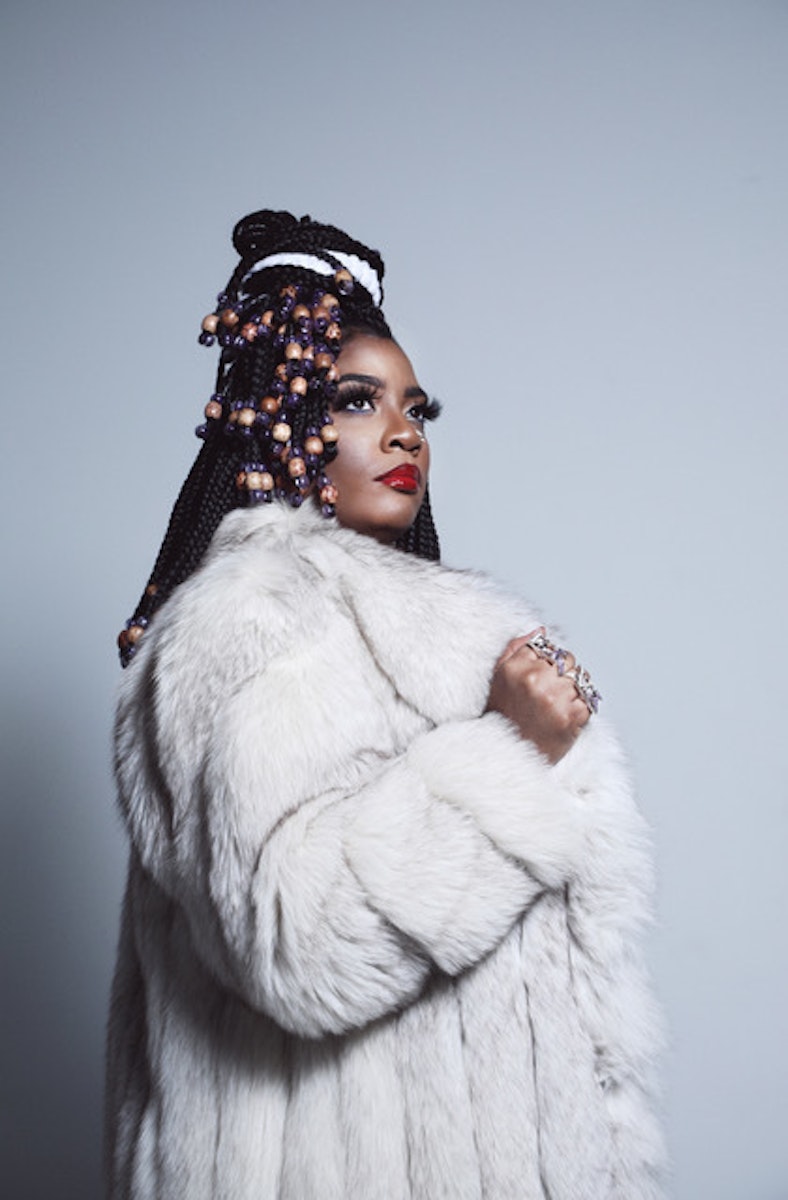 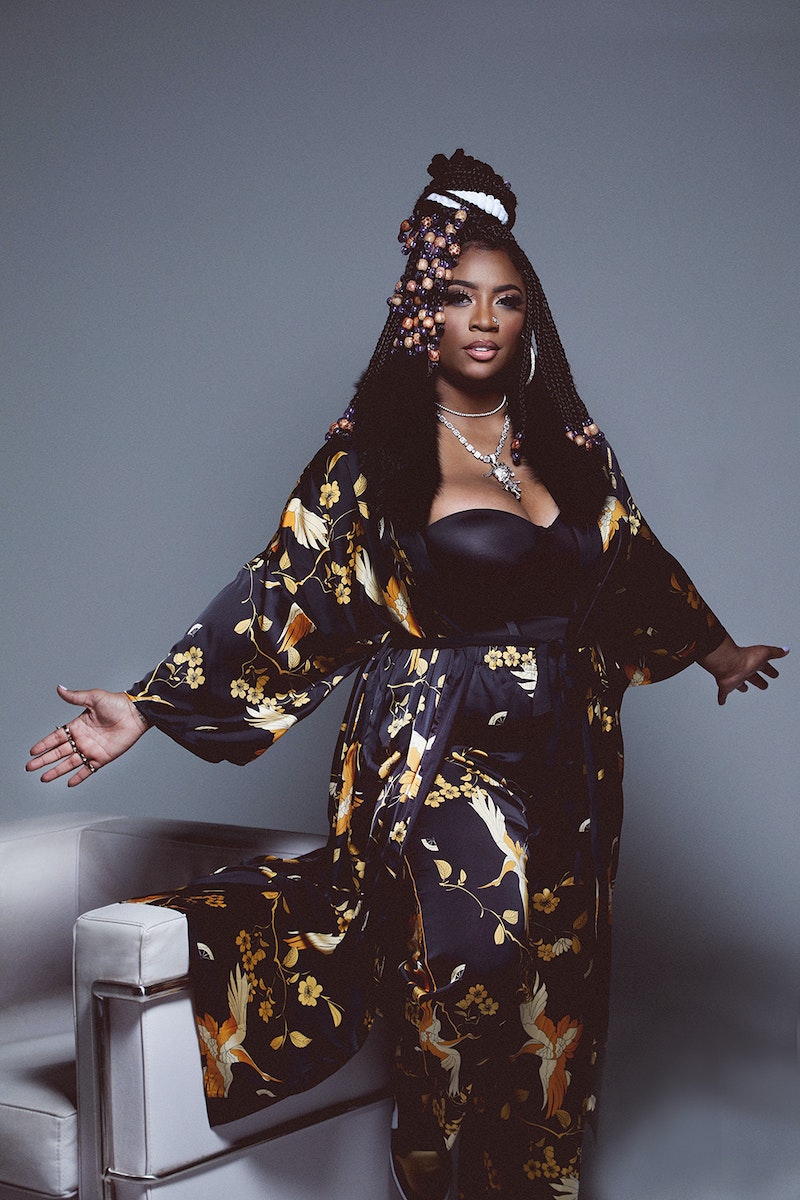 Since A Good Night in the Ghetto to now, you’ve acquired plenty of wisdom. Is that going to be reflected on this new project?

On [Got it Made], you get to see my story play out through the music, and what I’ve learned in the business. The project is to [going to show] I’m not afraid to take a risk in my career and gamble on myself. It’s a manual to success.

Your songs Windows and Back to Basics were produced by Drew Banga, Trackademics and Link Up, who all appeared on A Good Night in the Ghetto. Is Got it Made an opportunity to return to your mixtape roots?

For the most part, the upcoming project is executively produced by CT who did How Does It Feel, Out The Bottle, and Why You Always Hatin?. I pulled producers from the past to put their touches on the project because I want to keep my brand and sound sonically consistent. It’s an elevation from A Good Night in The Ghetto. My debut mixtape was a moment. I needed a good night at that moment in my life. Now, I need a manual to success. I’m no longer a young lady. I’m a woman. This project is for a woman who is business-oriented. What’s your motivation? What’s your hustle? How are you manoeuvring? How are you going to make sure all these things that you want comes to fruition?

You’ve described your 2017 mixtape, Before I Wake, as a form of therapy. Have you found healing through your projects?

I felt like Before I Wake was a mistake in my career. It was a moment where I was fighting the system, like, ​“Y’all not going to let me do what I want to do? Fuck y’all, I’m going to do what I want to do.” It didn’t do what it was supposed to do because it wasn’t mixed right, put outright, or recorded right. It was a rebellious project. Got it Made project is conceptualised. There’s a thought process and it’s being catered to like a baby. We’ve been baking this bitch to make sure it comes out as healthy as possible.

On Windows [featuring Quavo and Tyga] it felt like you were defending the Bay’s culture. Even the music video was a love letter to The Town.

That record was the label telling me, ​“You need a hit.” I [actually] don’t like the song, because it was forced. It’s like, ​“Y’all want this record. I’m going to give y’all what y’all want, but it’s going to be me telling you what I am, who I am, and where I’m from”.

It was for the culture, but wasn’t – it was forced and I feel that’s why it didn’t work. ​“How is this going to work if y’all not going to stand by it?” [The label] told me, it wasn’t a hit. Yet I’m at Rolling Loud and thousands of people are supporting this record. But it’s still not enough for y’all, because y’all don’t get the vision.

Knowing the pressure put upon you behind the scenes to acquire a mainstream hit, it’s interesting you decided to create a song for the Bay.

Why am I making these records if they’re not getting supported? This is not the type of career I want. It’s not fun no more. I’m doing shit because I’m a puppet. [They say], ​“Oh, we want this record, go make this record,” but then you still don’t want to support the record.

I’ve learned that I cannot allow somebody to tell me what and who I have to be. If people are feeling the record, why are y’all not pushing and feeding them that record? What more do you need? You’ve supported somebody else’s record, but no money is being put behind me because you don’t see the vision. You don’t believe in me, but I know where I’m supposed to be and what I’m manifesting. If you want to play those games, I’m going to move and go where I can be the leader of my own destiny.

That mistreatment seems like a common experience for artists from The Bay. I think that’s why there’s something beautiful about EMPIRE being a San Francisco based distribution company. Their approach is to highlight local artists and offer support to ensure their success.

That’s something the Bay has been missing for over 20 years. Los Angeles is the hub of record labels. In order to get a deal, you [had] to go to L.A. Now, Ghazi [Shami] and Nima [Etminan] have created an alternative where it’s like, ​“Shit, if they ain’t fucking with you, come fuck with me. I got what you need.” They champion it because EMPIRE is invested in its artists.

What do you hope to manifest with Got It Made and this new partnership?

The Grammys. Becoming a legend; an icon that’s respected worldwide. When you see them braids, you know that was Kamaiyah. Like when you see Snoop in a flannel, that’s how I’m trying to be in the culture. I want to be a staple and have people realize [I] did something that ain’t going to ever be done again. My whole point in becoming an artist is to be the biggest female artist from the West Coast ever. There will never be another one of me, and that’s my whole goal. I will fight by any means necessary. I can only get to that by continuing to push. Because whenever you about to breakdown, there’s a breakthrough – so I keep pushing.