Archy Marshall has been scaring Peckham locals during lockdown. The 25-year-old south Londoner teamed up with his brother Jack and childhood pals Paraic and Michael Morrissey to create a horror-influenced video for Comet Face – a bluesy punk track taken from his 2020 King Krule album Man Alive!

Led by a growling bassline, Comet Face is paired with ominous lyrics: ​“I woke up, Peckham Rye /​At half five /​Boy on the ground with his pants down /​What happened to him in his past life?”

The eerie video sees Marshall pacing through the park in the dead of night, where a mysterious beast and a very angry Edwardian mob splatter plenty of fake blood.

The Morrissey brothers, also known as directing duo CC.Wade, have previously worked on Krule’s videos for his 2010 song Octopus and 2012’s Rock Bottom. This time, the pair sat down with Jack Marshall to devise the idea of The Beast of Peckham Rye.

We spoke to the trio about horror inspirations, drinking on set and the band’s budding acting careers. 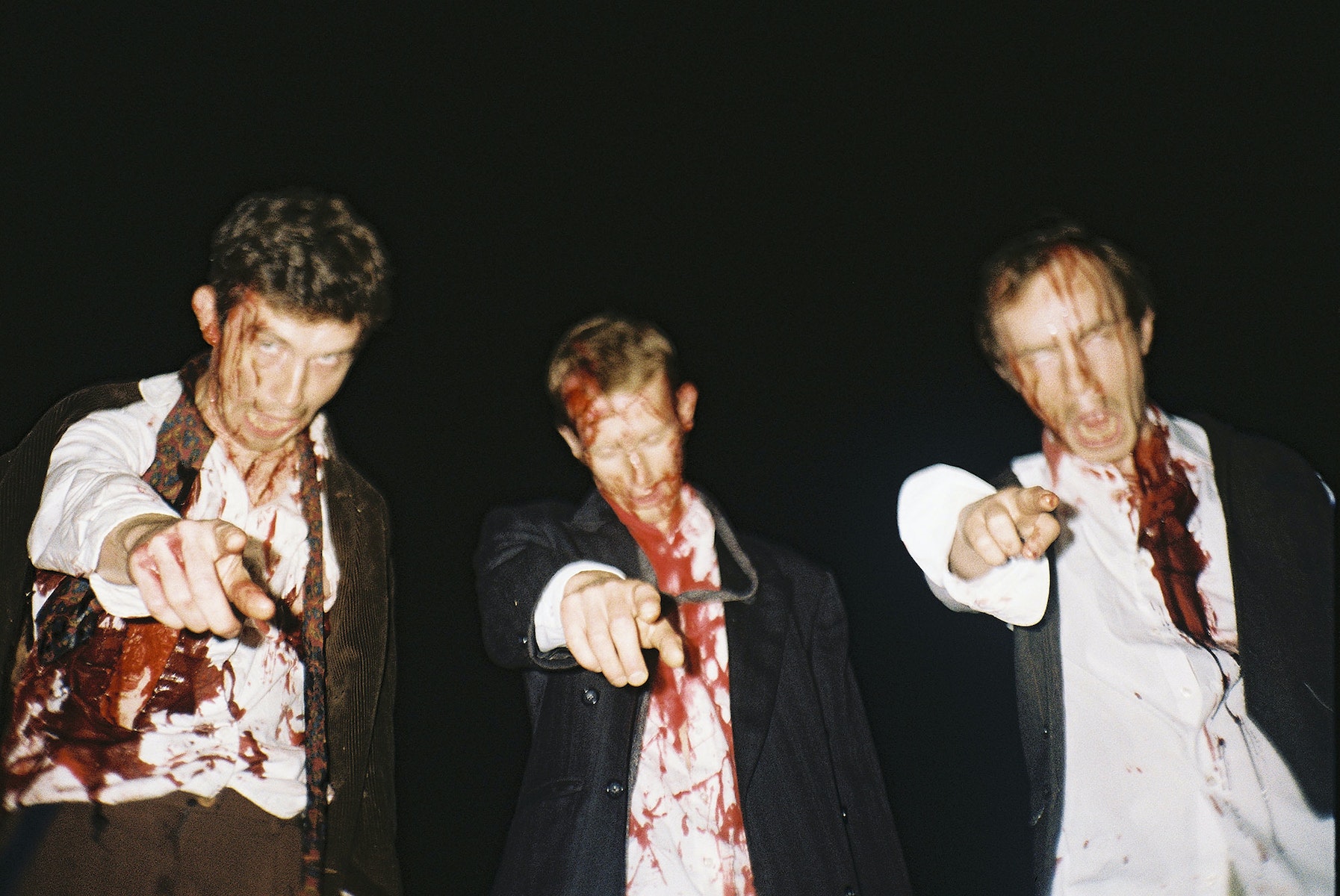 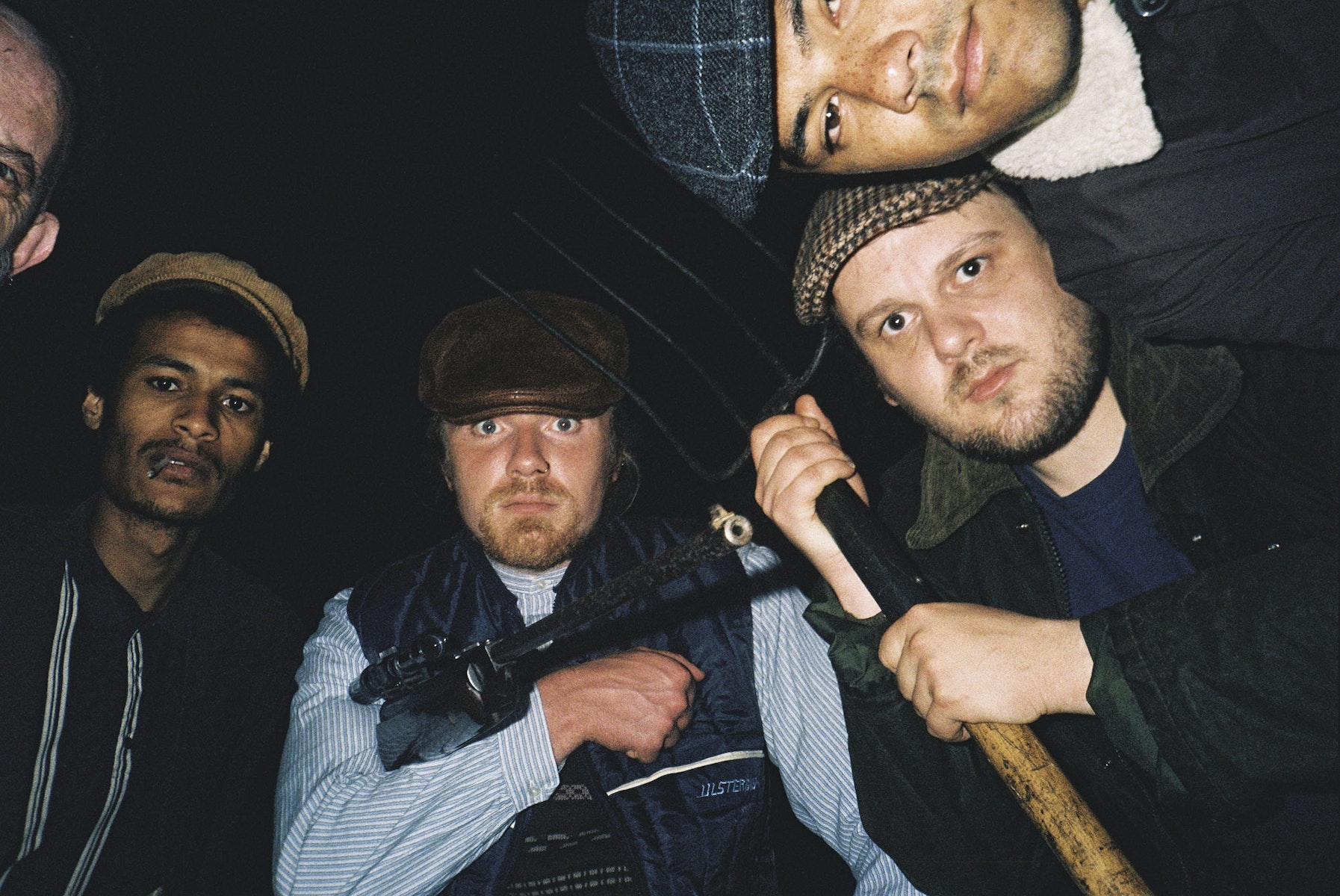 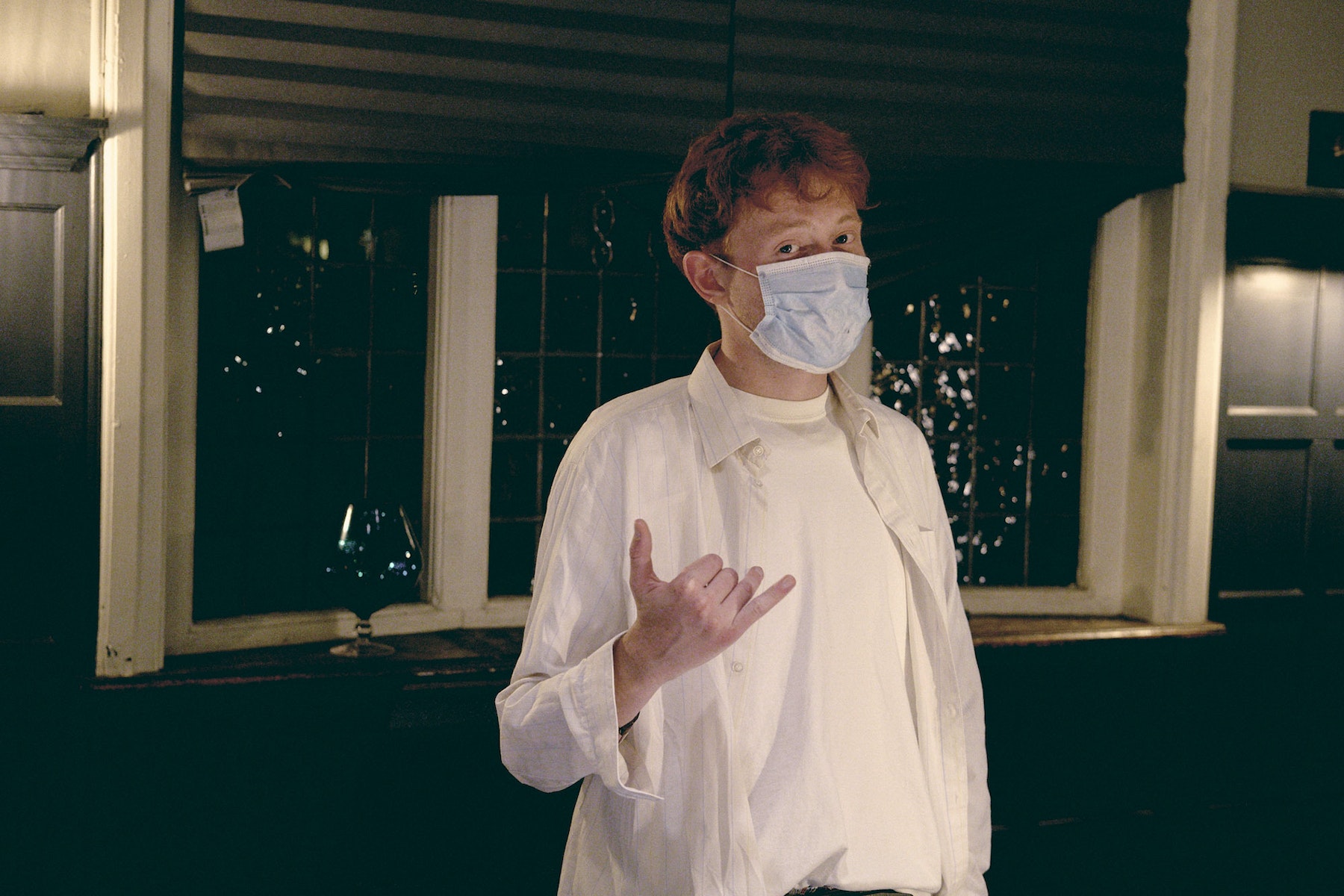 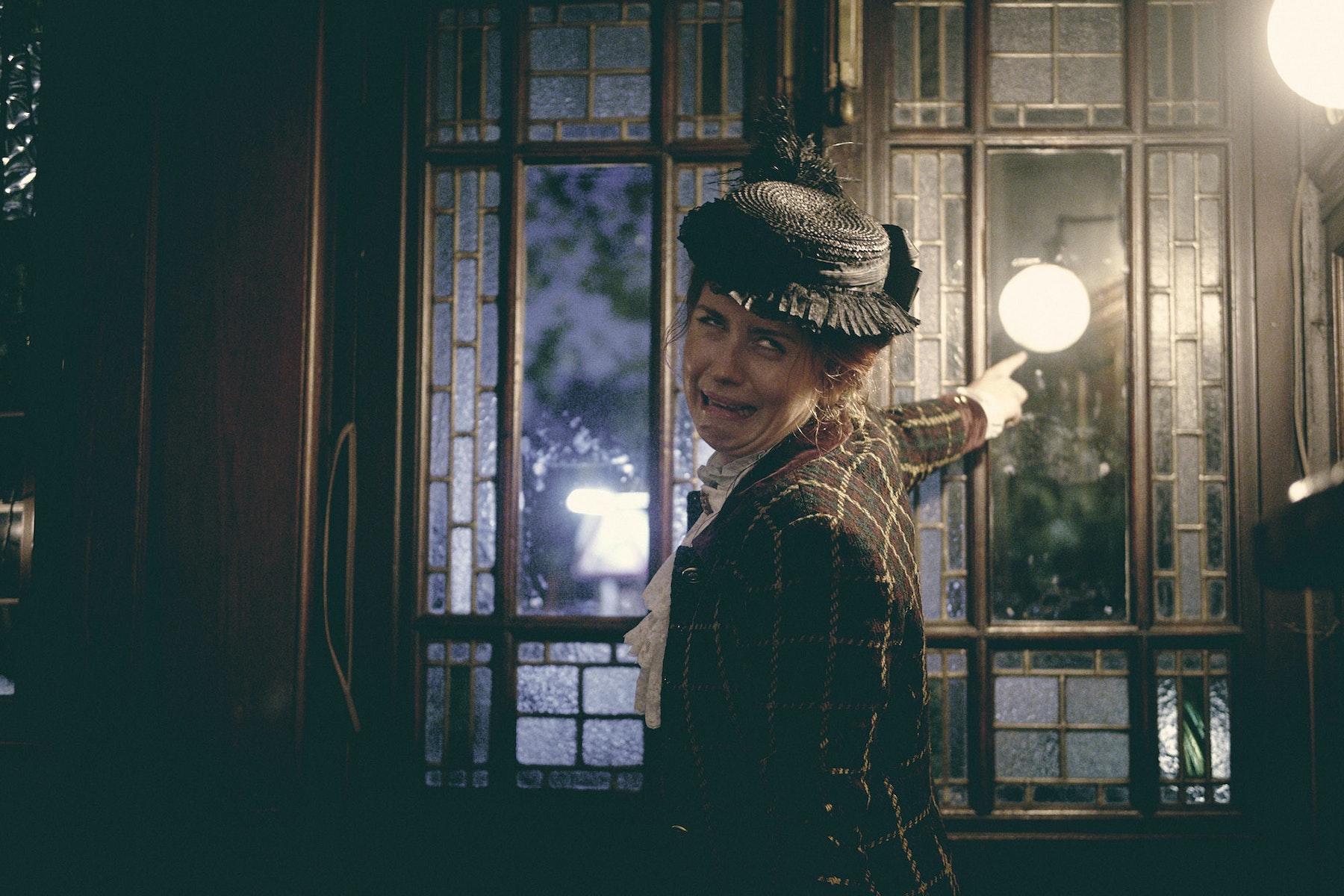 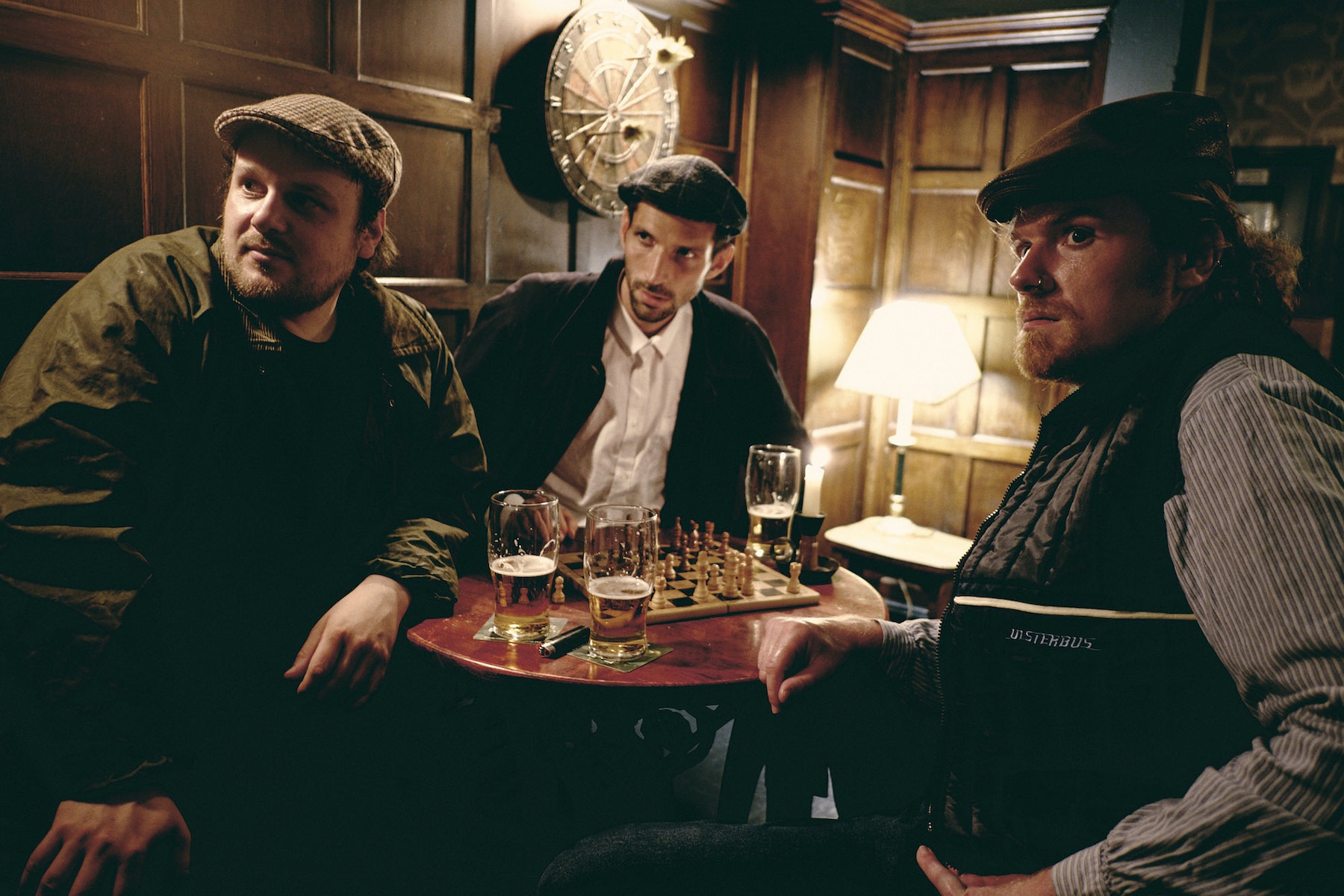 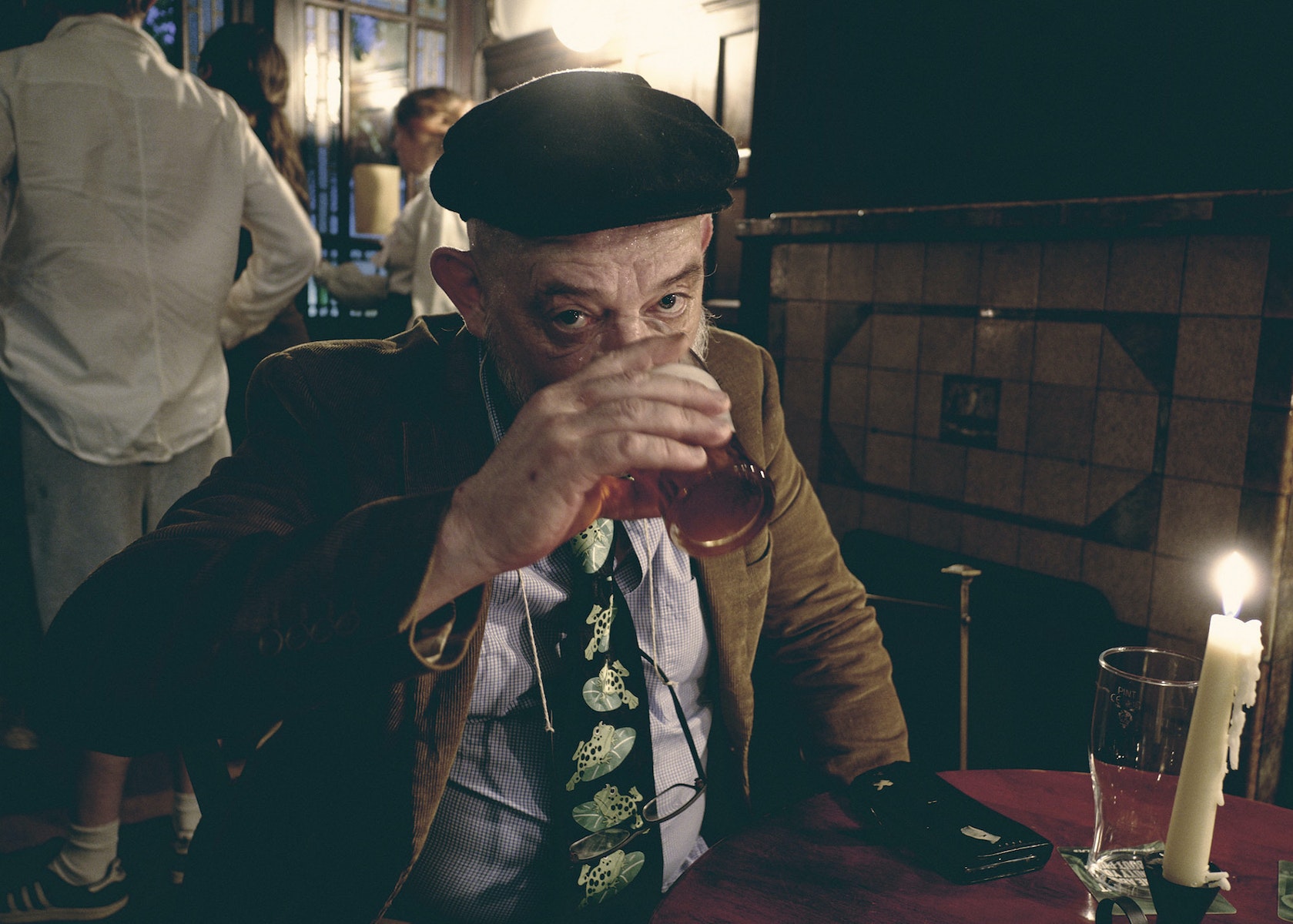 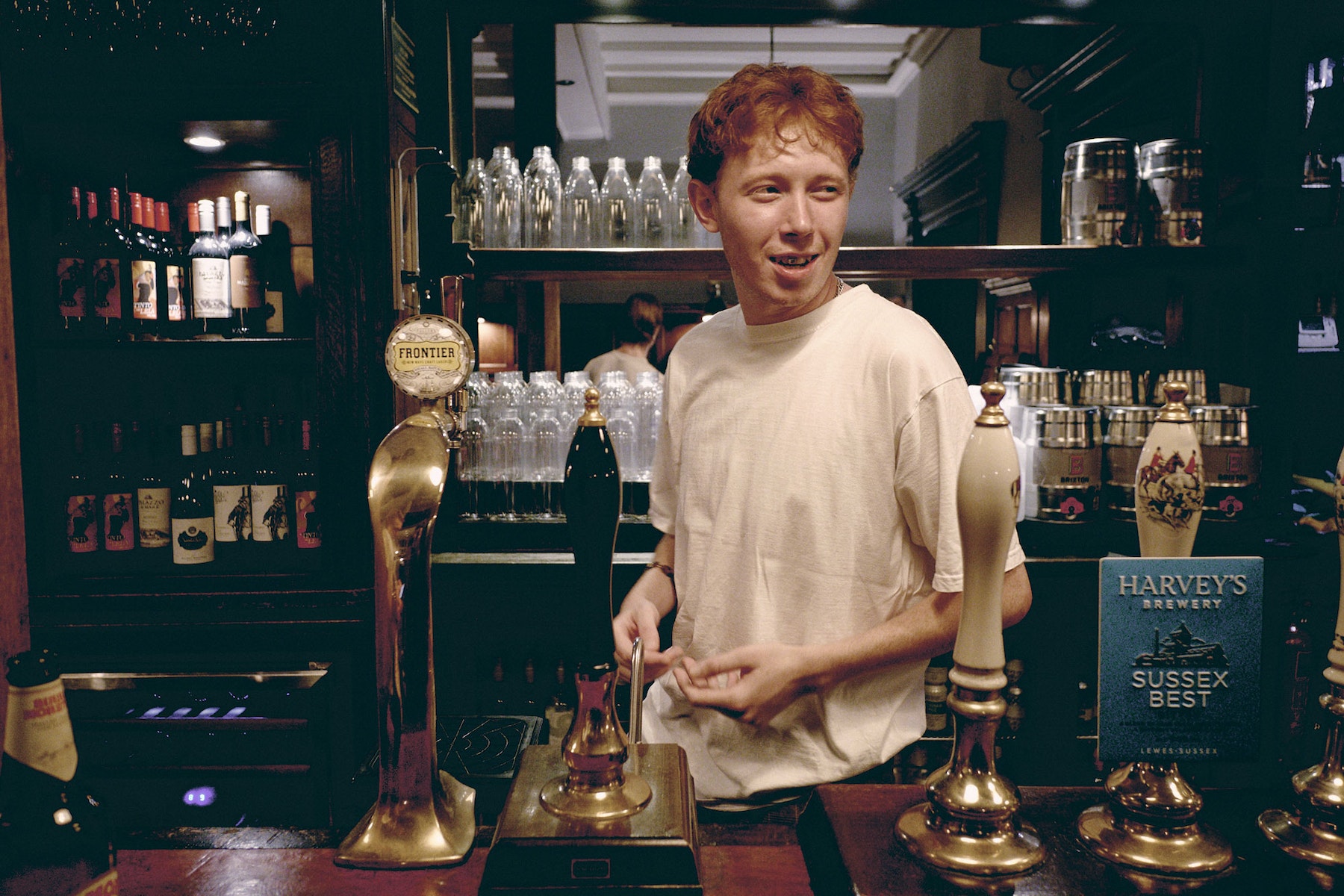 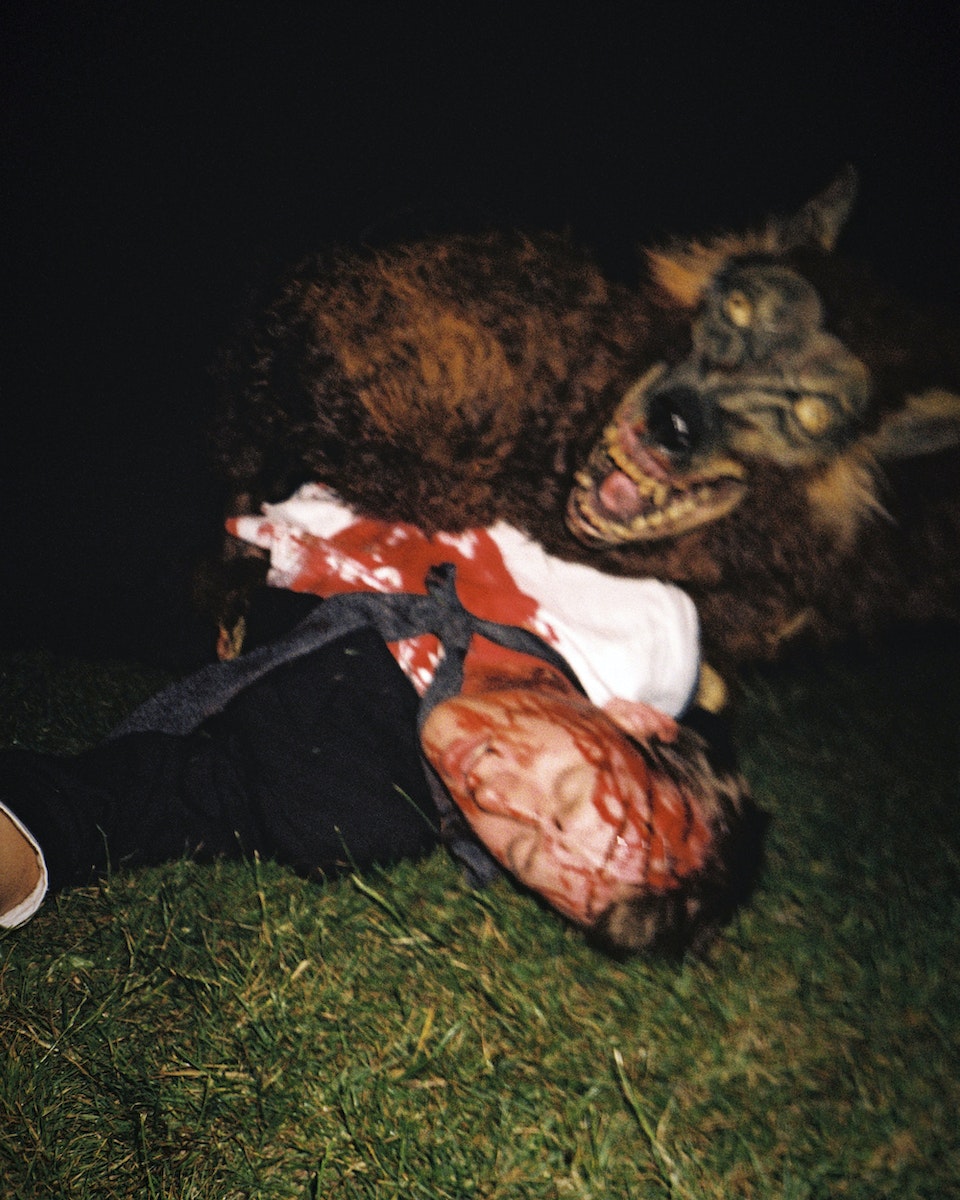 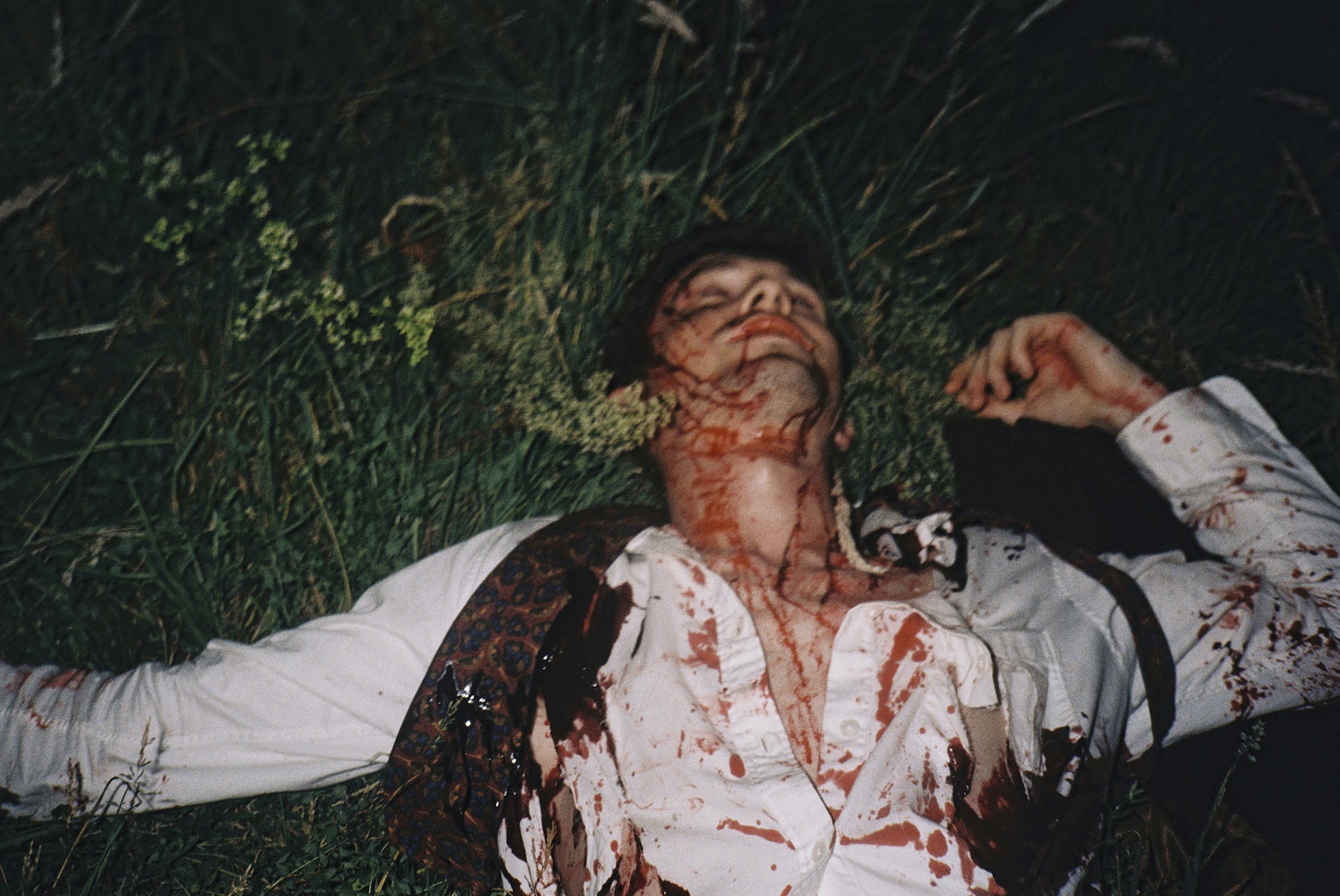 To kick things off, where did the inspiration for this video come from? And what was it about the concept that excited Archy?

Paraic: It started off just in the park in Peckham, because the lyrics of the track are ​“I woke up, Peckham Rye”.

Jack: Oh yeah, it was just starting with the first line and then it developed from there. You guys had some ideas about there being a monster or something.

Michael: We all hung out a bunch of times and watched loads of films.

What were you watching?

Paraic: We watched Carry on Screaming.

Michael: We were going to do a test night with Archy and then the three of us decided to eat dinner and watch Carry on Screaming, and then all thought ​‘Oh fuck it, do you know what, it should just all be in Edwardian clothing.’

Paraic: Yeah, like a week before filming. We went to pitch it to Archy and when we tried to explain it, we [realised we] had ten different ideas. The one he seemed to respond to was The Beast on Peckham Rye. So we were like fuck it, that’s the idea, fuck the aliens.

Michael: So there was a lot of running around Peckham Rye with camera phones. Jack did a load of storyboards.

Jack: We were using the local pub and the park and the things that were around us, stuff that was at hand to us during lockdown.

What were some of your key influences or references for the video?

Paraic: We were looking at loads of Hammer Horror, but it was mainly the location.

Jack: Yeah Hammer Horror and practical effects in horror movies, slasher movies and stuff. We were watching lots of trailers. We watched Sleepaway Camp, which is a cult film.

Paraic: It didn’t make its way in thematically, but it’s in the DNA of the video.

How long did it take you from ideation to completion?

Jack: It was quite a slow process, over a few months. We were going down to the pub at night to shoot stuff, doing loads of tests. Then we would come back to the house and look at it back and watch trailers.

Jack: We kind of took our time because there wasn’t a specific deadline.

Paraic: Even two days before we shot, it was in quite a confusing place.

Michael: I had to figure out how to do it on an iPhone, because obviously you can’t shoot on proper cameras at night time. We also just thought it would be way more fun to just shoot a video like that with your friends.

Paraic: You also just don’t want to have to deal with lighting and all that.

Jack: Yeah, a lot of the decisions were based on what the easiest thing was we could do.

Paraic: Pretty drunk. We had like four hours of actual night time because of summer to get footage. We had to go about three nights.

Jack: There were a lot of nights doing tests and stuff so we were starting at around 11pm or 12am and then finishing at 5am. We were just getting people down to the park to help out so it was quite fun.

Paraic: Verity May Lane sent us costumes remotely and our production designer Elena Isolini was also ADing at some points. It was shot on iPhone and we didn’t have a crew, so anyone who wasn’t doing anything was just getting pissed.

Sounds fun. Is it usually like that on set?

Michael: Yeah, we usually get drunk on set at seven in the morning…

I know that for some of the band members, this is their third time appearing in a King Krule video. How’s their acting coming on?

Paraic: They take to it like a duck to water.

Michael: That was actually the most fun bit, getting all of them acting. I’ve not seen all of them in one video before.

Paraic: James got more of a role in this one.

Jack: He’s the elusive bass player and in this he played the lead farmer. He did a great job.

Paraic: Jack jumped on as the drone operator as well because we hired a drone but I didn’t really know how to use it. Jack plays video games a lot so… it only cost a shilling.

Is the story going to continue with different music videos further down the line?

Paraic: [Pause] It’s not up to us… do you wanna spend the next year doing low budget videos?

Jack: I wanna do a series. More of a vampire one. I had this idea but ahh I don’t wanna go into it yet…

Paraic: Look out for the Marshall cinematic universe.

Night of the Demon