Over one hundred anti-lockdown protestors gathered on Friday 17th April at Huntington Beach, California, as prompted by a Facebook event invite detailing a protest – many of whom were far-right Donald Trump supporters.

Caught in the middle of the crowds was photographer Jamie Lee Curtis Taete, who has documented a number of protests since he quit his full-time job last year – from Britney Spears superfans protesting her conservatorship enacted in 2008 after her public breakdown and climate change sceptics wearing ​“I [heart] Global Warming” T‑shirts, to anti-gay protestors waving placards that read: ​“HOMO SEX IS A SIN.”

“The thing I’m most drawn to is late capitalism and the weird ways it makes us behave,” says the 34-year-old from his home in Los Angeles. ​“I’ve taken a few photos of people who have fringe rightwing beliefs – I think their interactions with capitalism can be weird, funny and sad.”

“It was a real mixed bag [but] I can certainly empathise with people who are angry about the lockdown,” says Taete. ​“The lockdown sucks – I’ve lost so much work because of it, I miss travelling, seeing friends and being able to touch an elevator button without having a panic attack.” 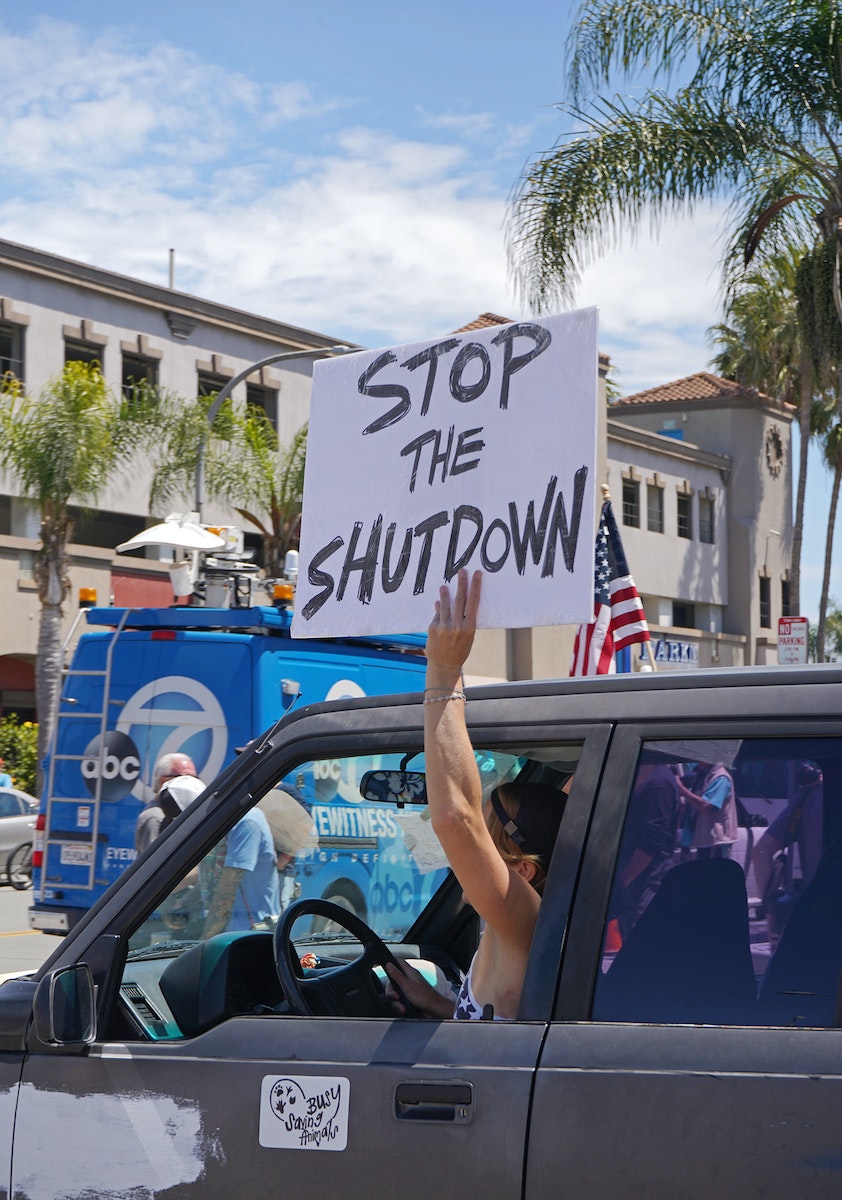 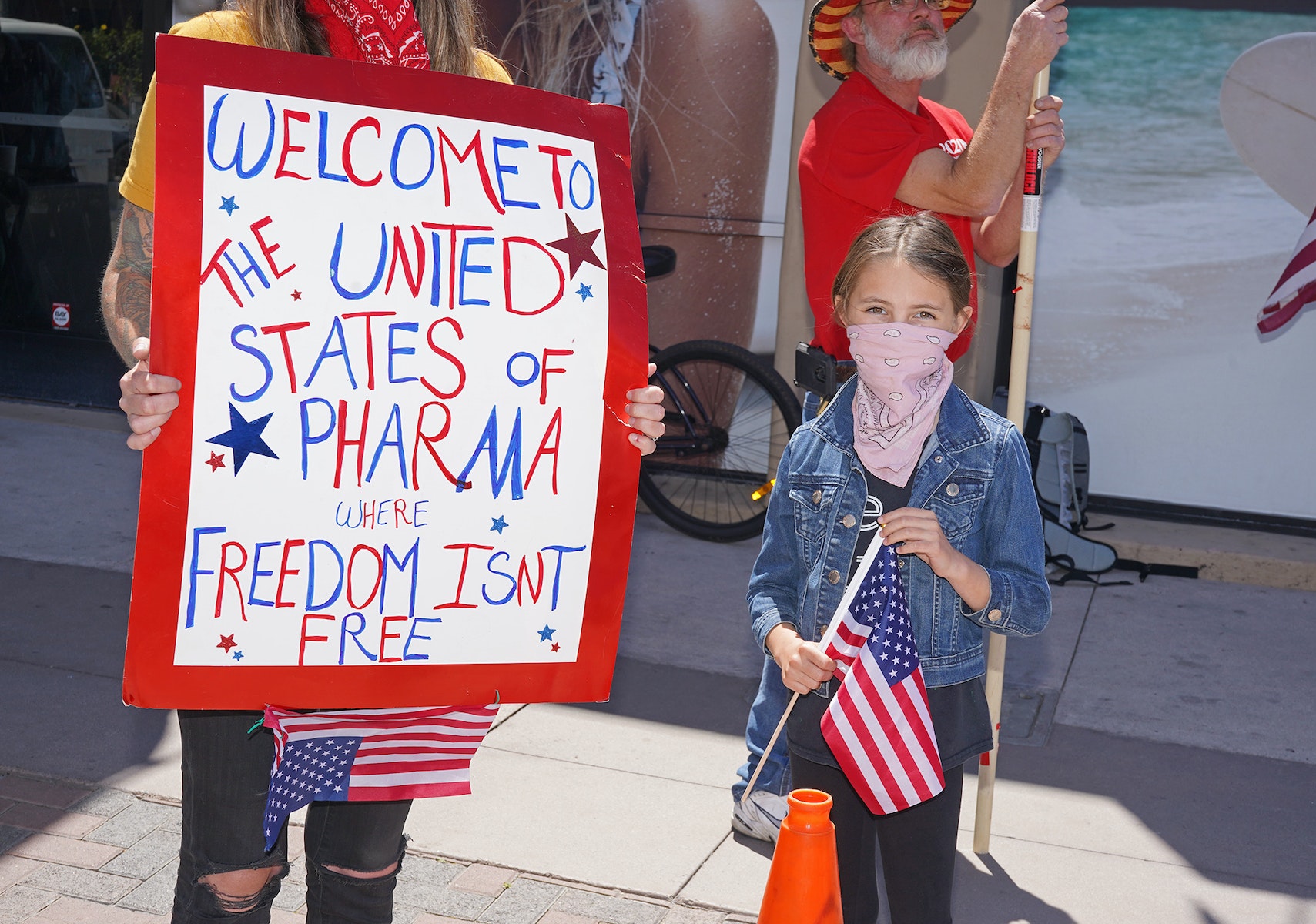 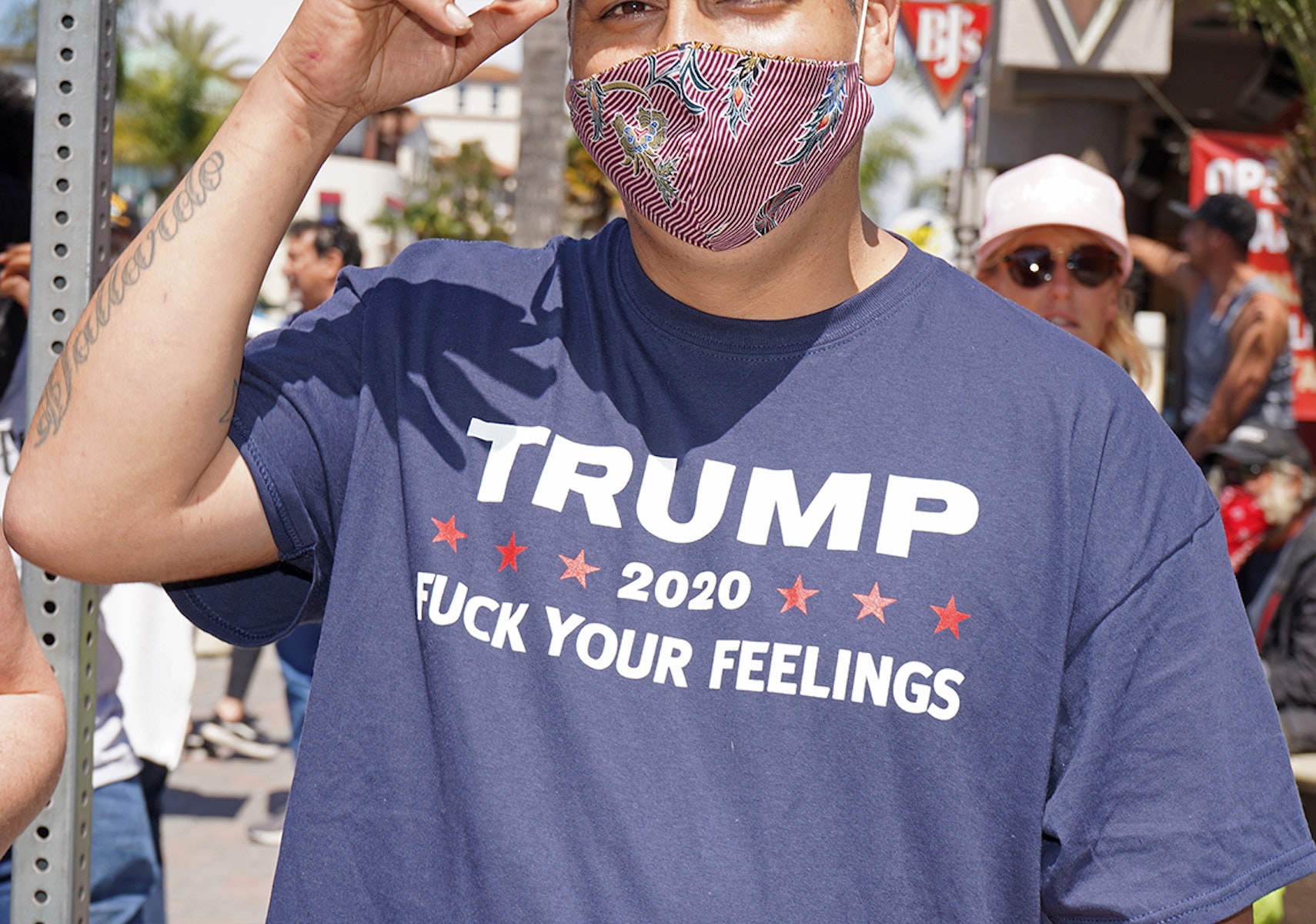 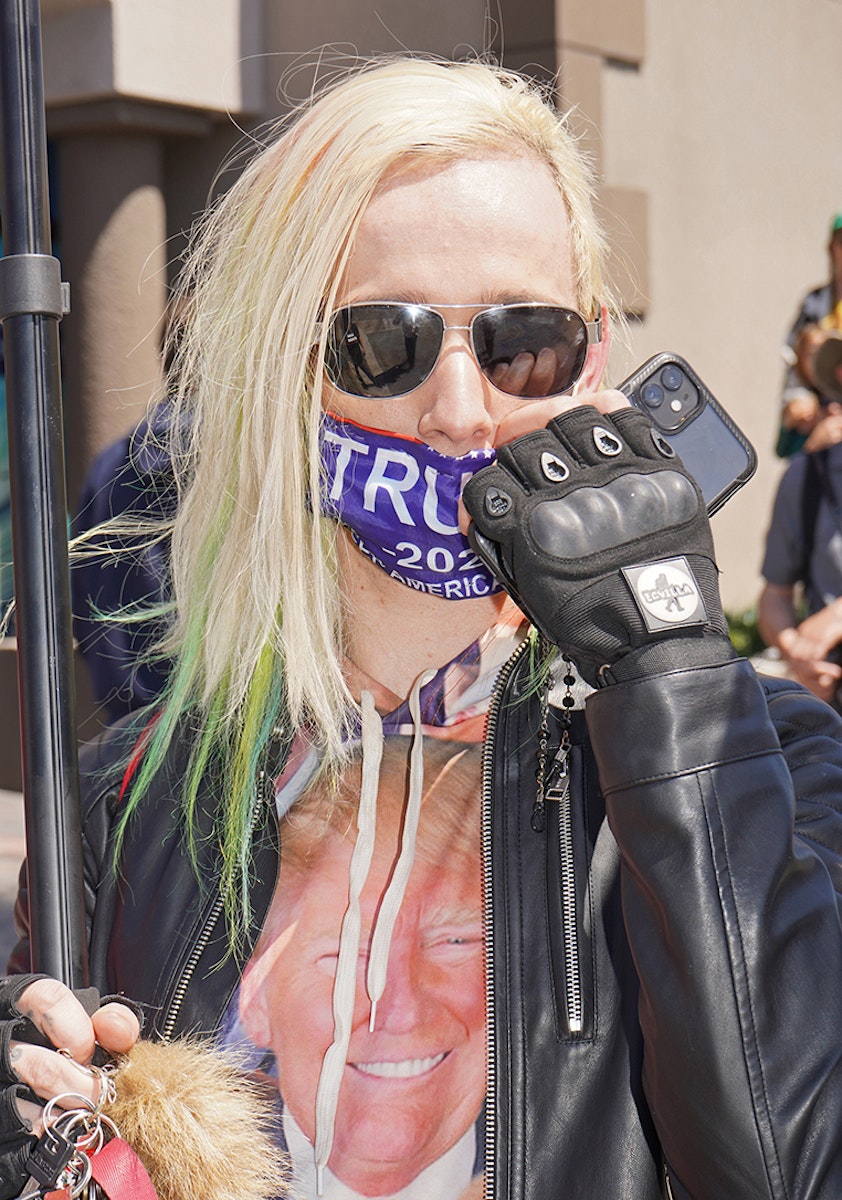 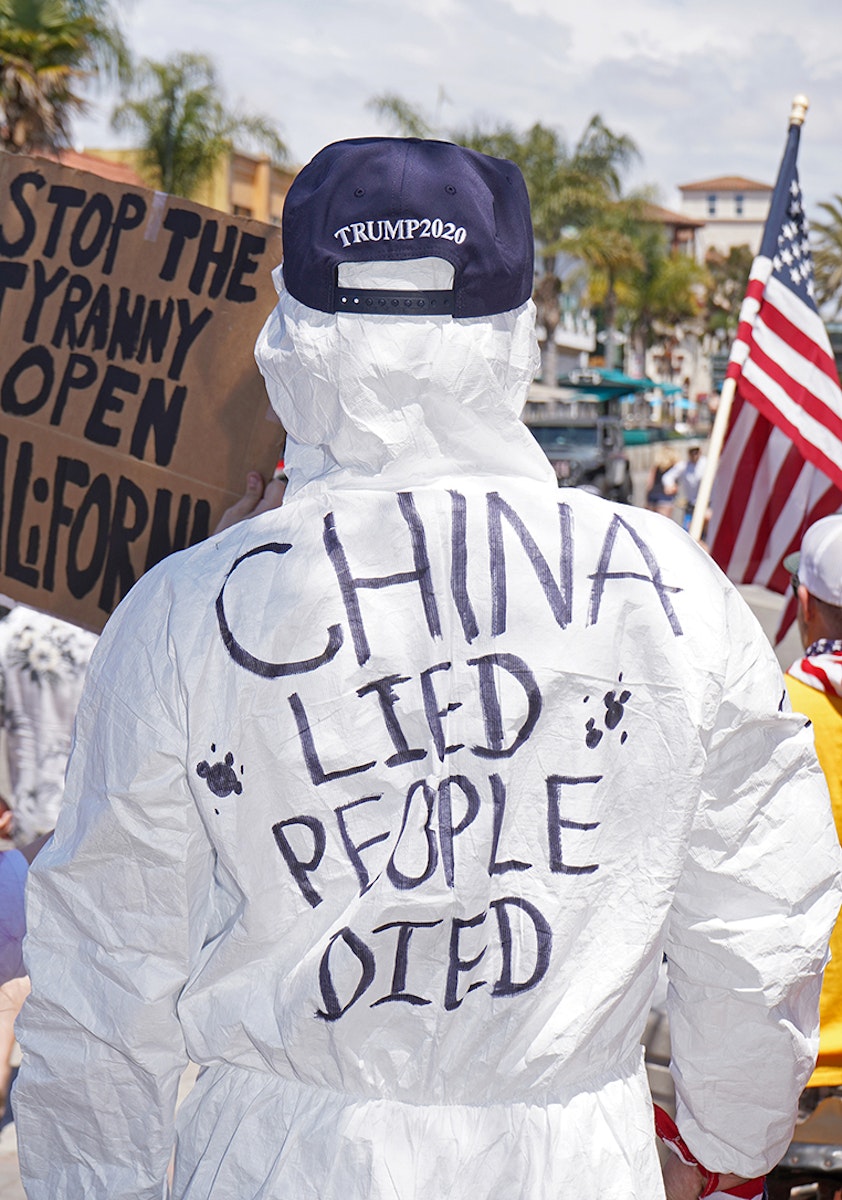 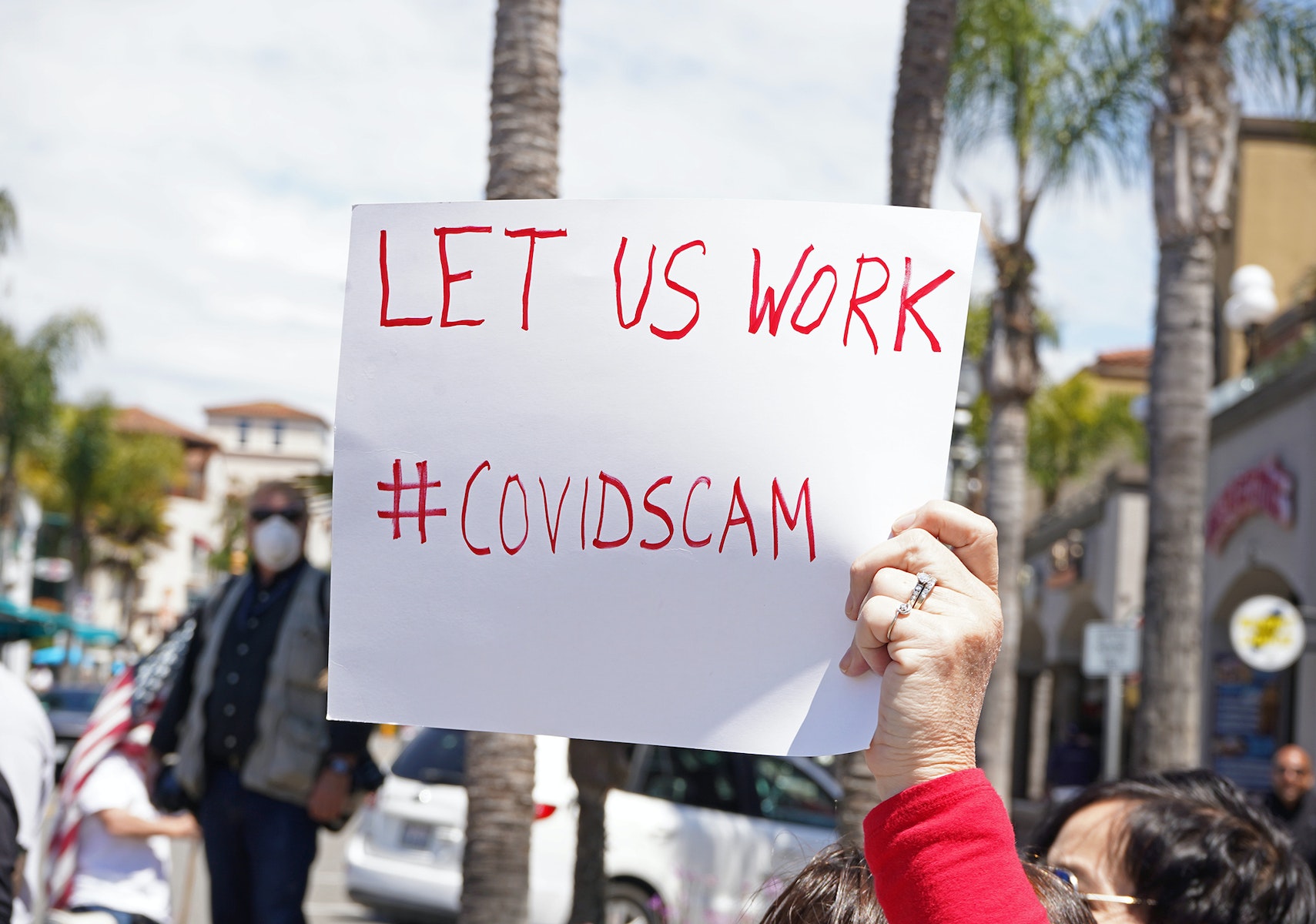 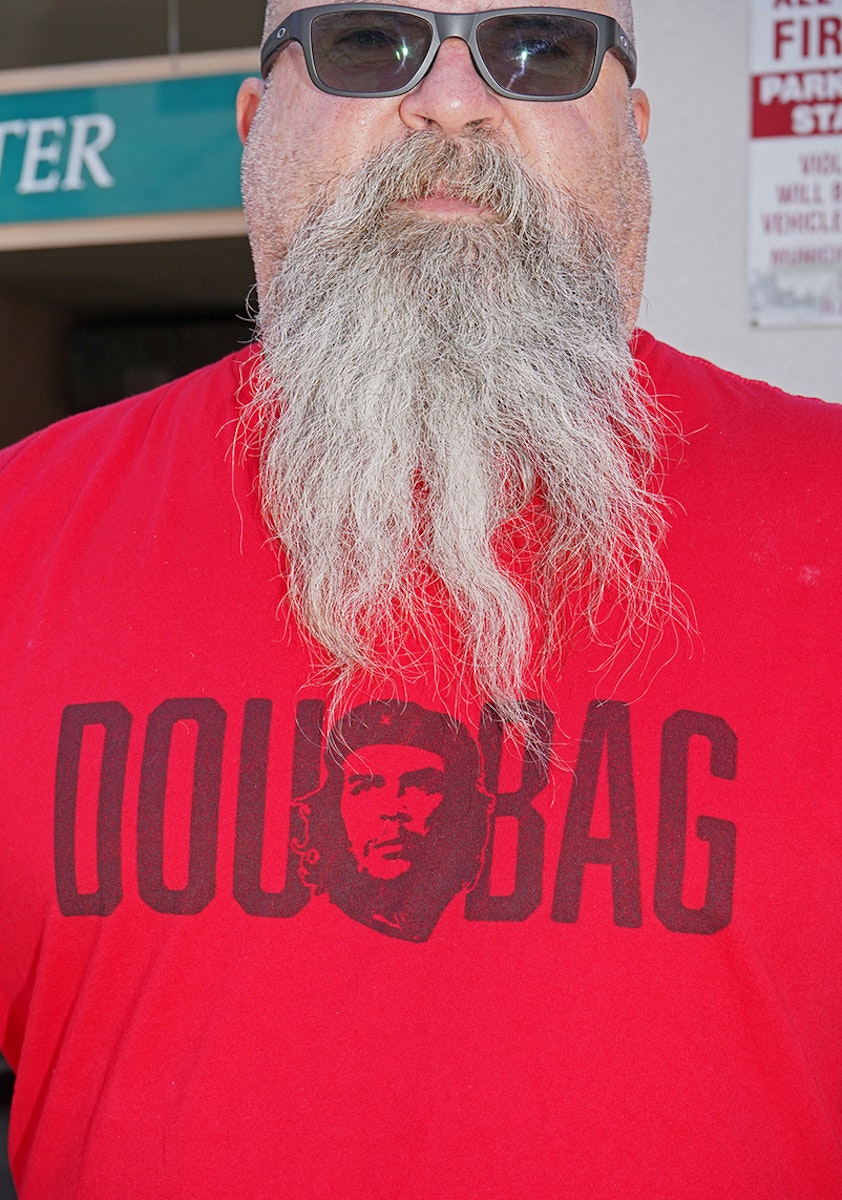 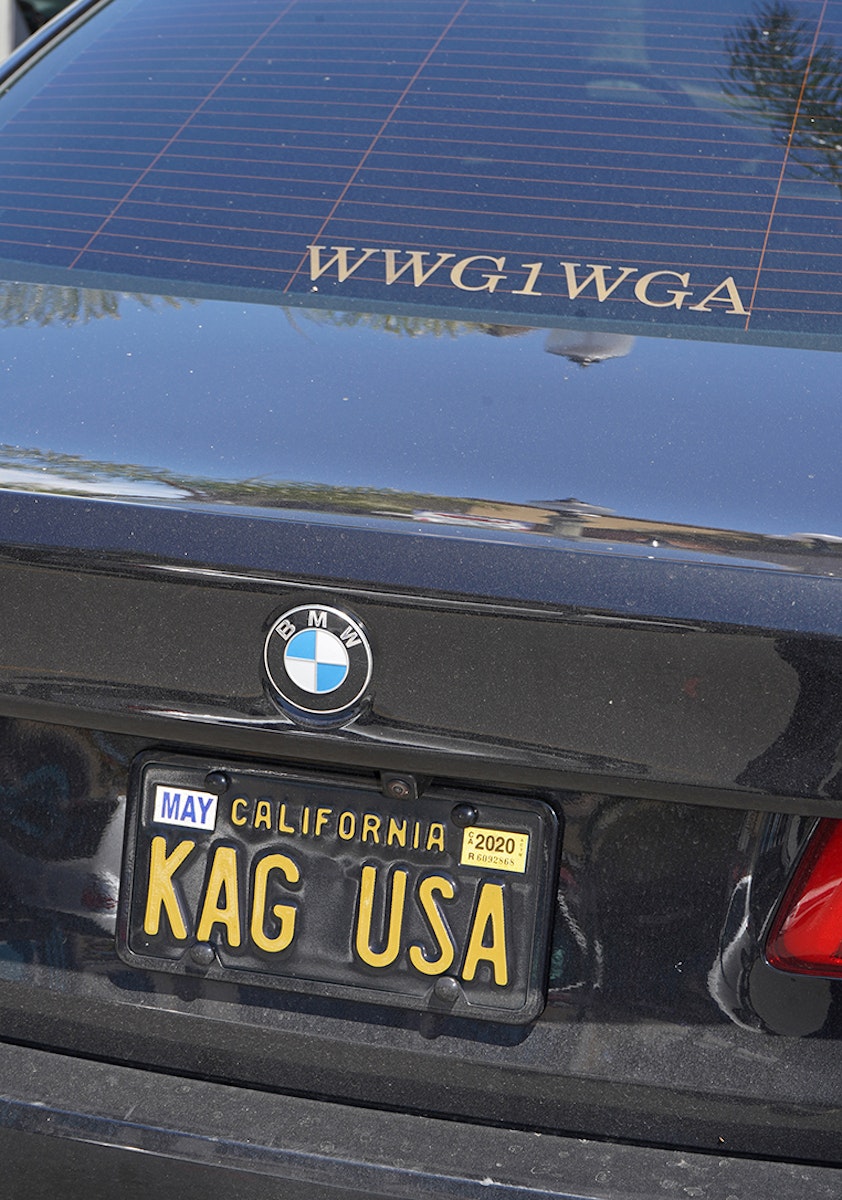 At the time of writing, the US has reported 47,974 coronavirus related deaths since the start of March, but it appears that the protestors do not agree with the information that’s been issued to them: to self-isolate and to stay at home.

According to Taete, many Americans are hesitant to believe scientists, the government, the media or any institutions pushing the ​“safer-at-home” message.

“It’s easy to see why they wouldn’t,” he argues. ​“There are extremely powerful voices telling them these people can’t be trusted. Meanwhile, the president is tweeting positively about the anti-lockdown protests.”

Last month FOX News was accused of ​“downplaying coronavirus” and criticised for accommodating guests such as Jerry Falwell Jr, a Christian leader and Trump supporter, who made the following announcement on air: ​“It’s just strange to me how so many are overreacting. The H1N1 virus, in 2009, killed 17,000 people. It was the flu, also, I think, and there was not the same hype.”

“It’s an incredibly sad situation, and I really hope that the people who were out protesting haven’t exposed themselves or other people to the virus because of this,” says Taete.

With the United States’ presidential election in November, Trump’s ardent support of anti-lockdown protests could have a lasting effect on many Americans, for better or worse.

“Who knows with American politics,” says Taete. ​“Between the deaths and economic impact, you would hope it would make people push for change in how the country is being run. I can’t imagine anyone being against universal health care or welfare right now.”

“But every time I’ve thought ​‘this is going to be a turning point for America’, I’ve been proven wrong.”