At just 20, Georgios Trochopoulos has already had his designs worn by some of the biggest It Girls. Dua Lipa, Kendall Jenner and Miley Cyrus are just some of the famous faces that have been papped in his brightly coloured, barely-there knits.

Born and raised in Varia, a small town in northern Greece, Trochopoulos moved to Athens with his dad aged 13. ​“I really love Athens, especially in the creative scenes, there are so many people that do so many different things,” he says. ​“But it’s also not the best of places to be queer. It can be quite rough, and it still hasn’t opened up to queerness, in a way. There’s a lot of adversity when it comes to minorities.”

Growing up, Trochopoulos ​“never really struggled” with his identity. Quite brilliantly, he was self-assured from a young age, ​“to the point where it was actually too much!,” he says. ​“I probably shouldn’t have been that aware. I struggled with other parts, though – I couldn’t find anyone that got it to talk to.”

Until he discovered nightlife, that is. ​“At some point I started going out and realised that there were other [queer] people.” By 16, Trochopoulos was a regular on the Athens party circuit, immersing himself in queer culture: the ballroom scene, subversive outfits and thumping techno. Before that, he remembers wanting to do law ​“or something that would make me money”. But once he found the dance floor, he realised that he wanted to become a designer. ​“It just made so much sense.” 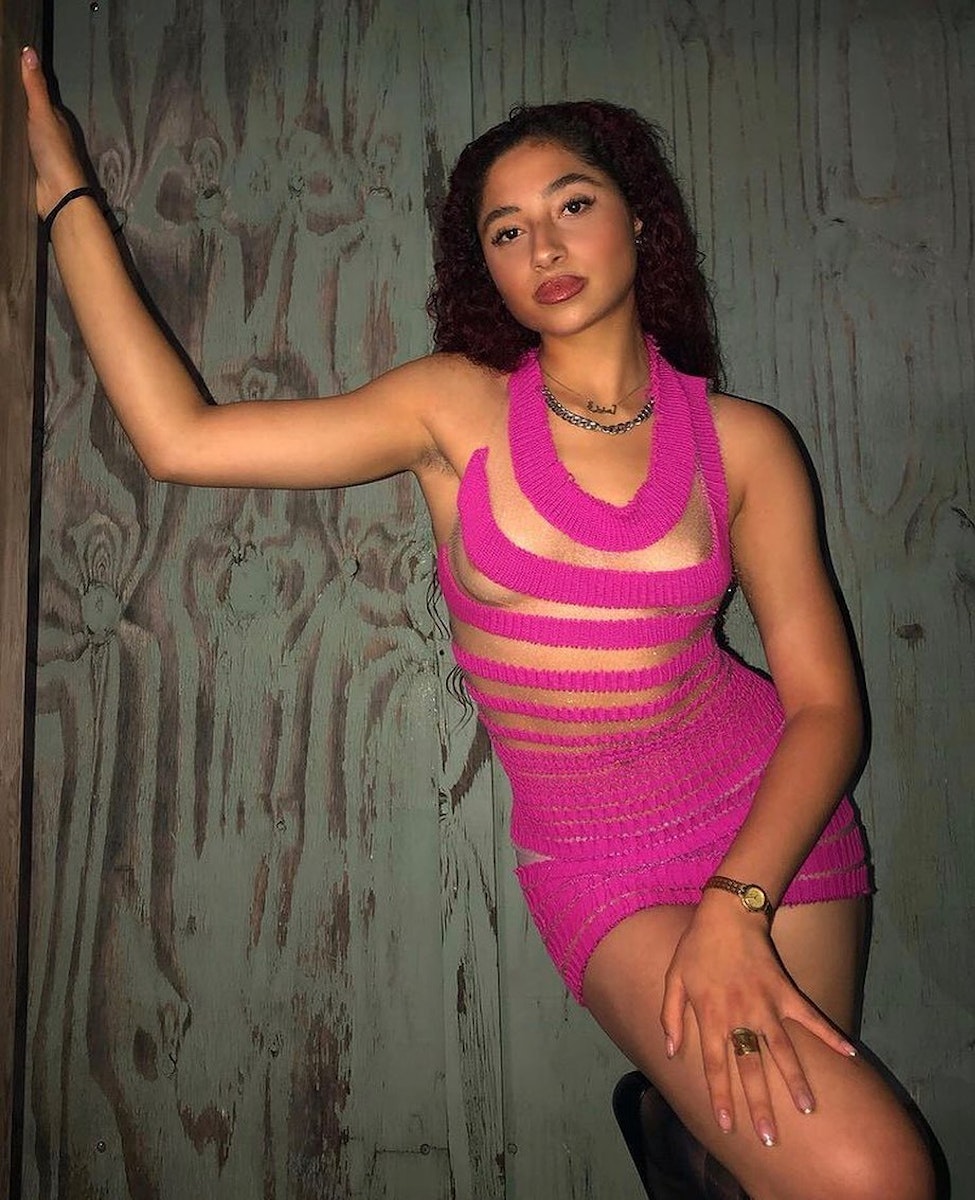 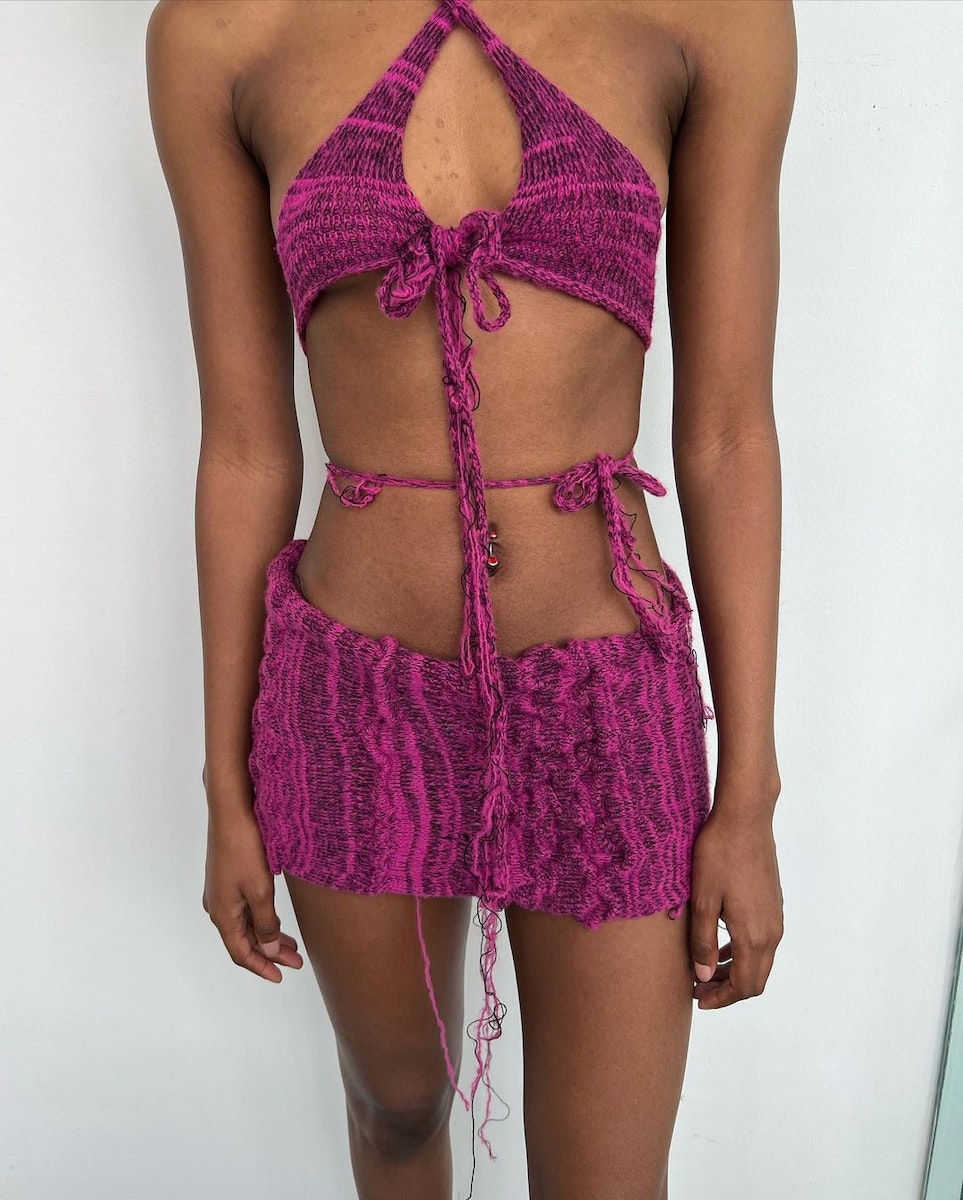 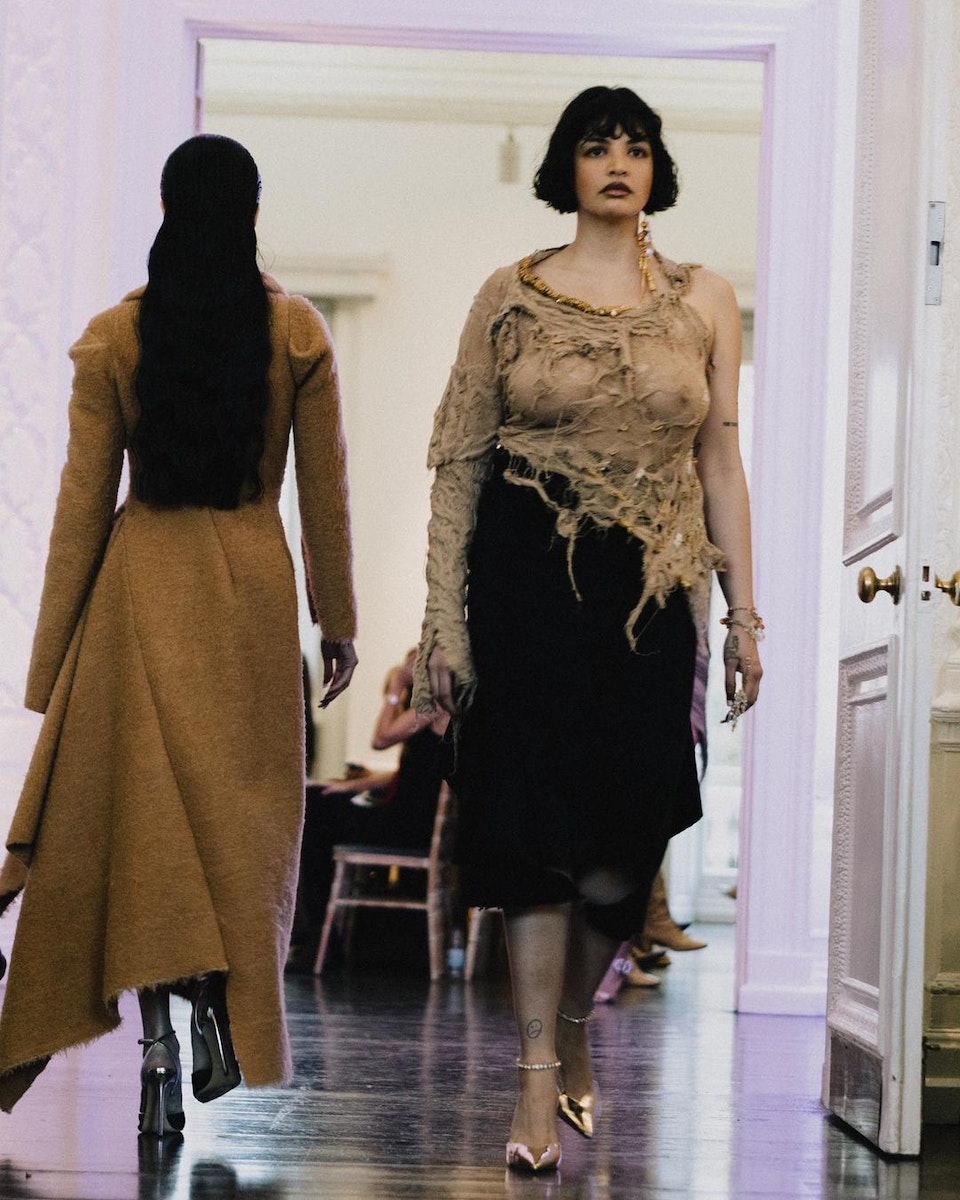 A year later, he moved to study at London College of Fashion for a BA in knitwear. But rather than throw himself into the East London party scene, as most fresh-faced fashion students do, Trochopoulos worked – a lot. ​“I had at least two internships and two part-time jobs, it was crazy,” he says. ​“I didn’t really go out, as I was 17. I have the biggest baby face, so I couldn’t!”

Trochopoulos has just graduated from LCF, but his work had taken off way before he threw his grad hat in the air – the It Girls began wearing his pieces during his third year. The trick to getting his clothes worn by the world’s brightest stars? He reckons it has something to do with his close attention to them complimenting the body – and his aptitude for nightlife. ​“I always try my things on people,” he says. ​“A big part of it is the fit.”

With translucent knit cut outs, and a fit (always stretchy) that’s designed to figure-hug, it’s no wonder his namesake label has become the go-to for the modern party girl. It’s knitwear made sexy, short enough for the dancefloor and ingeniously designed to be a sure-fire crowd pleaser.

Below, we go Off the Rails with Georgios Trochopoulos to find trashy TV, nightmare neighbours and Tems.

What’s your motto in life?
At the moment, it’s ​“just keep swimming”.

Who would you most want to see in your clothes?
Debra Shaw. I think she’s stunning.

What do you reckon you’d be doing if you weren’t a designer?
Either a trashy TV presenter on a Greek morning show, or a stockbroker.

What’s the last film you watched?
It’s [a Greek film] called Sosse Me.

What gets you out of bed in the morning?
Right now, it’s actually my neighbours who have decided to drill the wall every single morning from 7am.

What are you currently loving and hating?
My signature stripe fabric, for both…

What do you listen to in the studio?
Either my Greek playlists that have every genre in it, or a specific artist that I change every week and listen to everything they’ve ever made. Right now, it’s Tems.

What’s the best city to let your hair down?
Any city in Greece, as long as I have the right company.

What five guests would you invite round for dinner?
Melina Mercouri, Nicki Minaj, Andre Leon Talley and Oprah.