On Sunday, Matthew M. Williams showcased his first collection for Givenchy in front of a live audience. Set in the vast Paris stadium La Défense Arena to the sounds of Young Thug (a sneak preview of the US rapper’s forthcoming album, Punk, no less), the SS22 offering was a smoky balance of old and new.

The collection was a collaboration with the New York artist Josh Smith, whose colourful work, Williams said, inspired all elements of the collection ​“from the embroideries to the trim”, and whose gesturally rendered paintings – including a grim reaper motif – led to asymmetrically slashed T‑shirts, knitwear and double denim ensembles.

Williams’ signature utility aesthetic took root in sharp, rigid tailoring, hardware-style detailing and an abundance of black, but that was deftly contrasted against a palette of fresh spring colours (lilac, burnt sienna, pale yellow and grass green), intricate surface decoration and frills. Here, Williams is evidently sharpening his shears ahead of his hotly-anticipated couture debut in January.

This was a further taste of the house’s future under the designer’s command – with his debut couture show just around the corner. 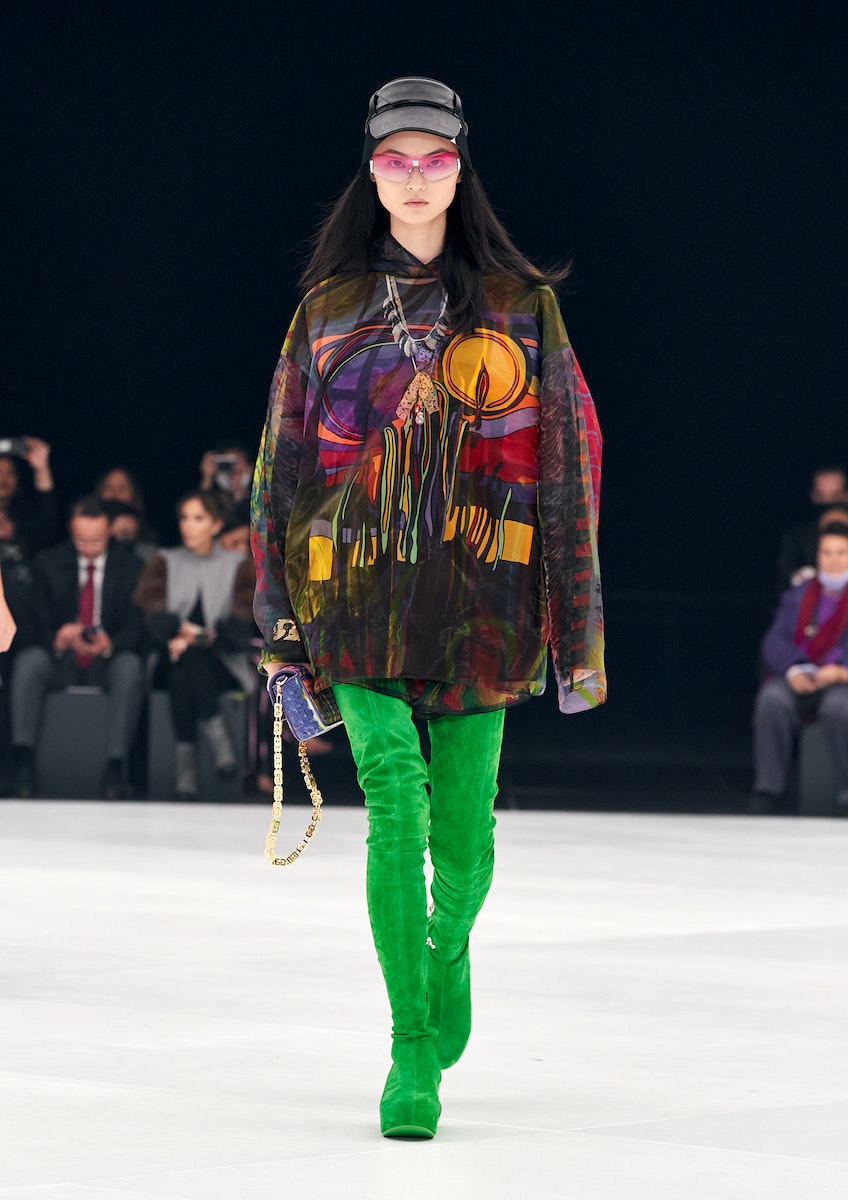 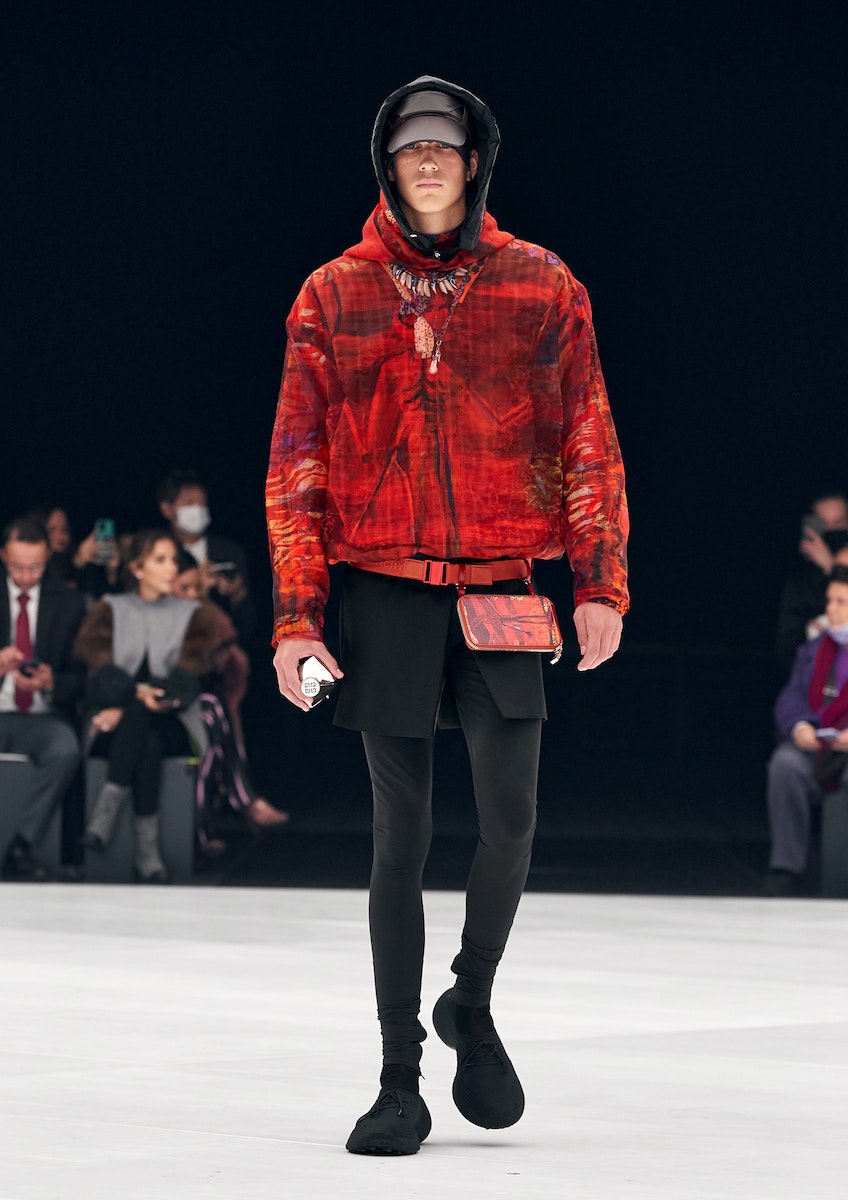 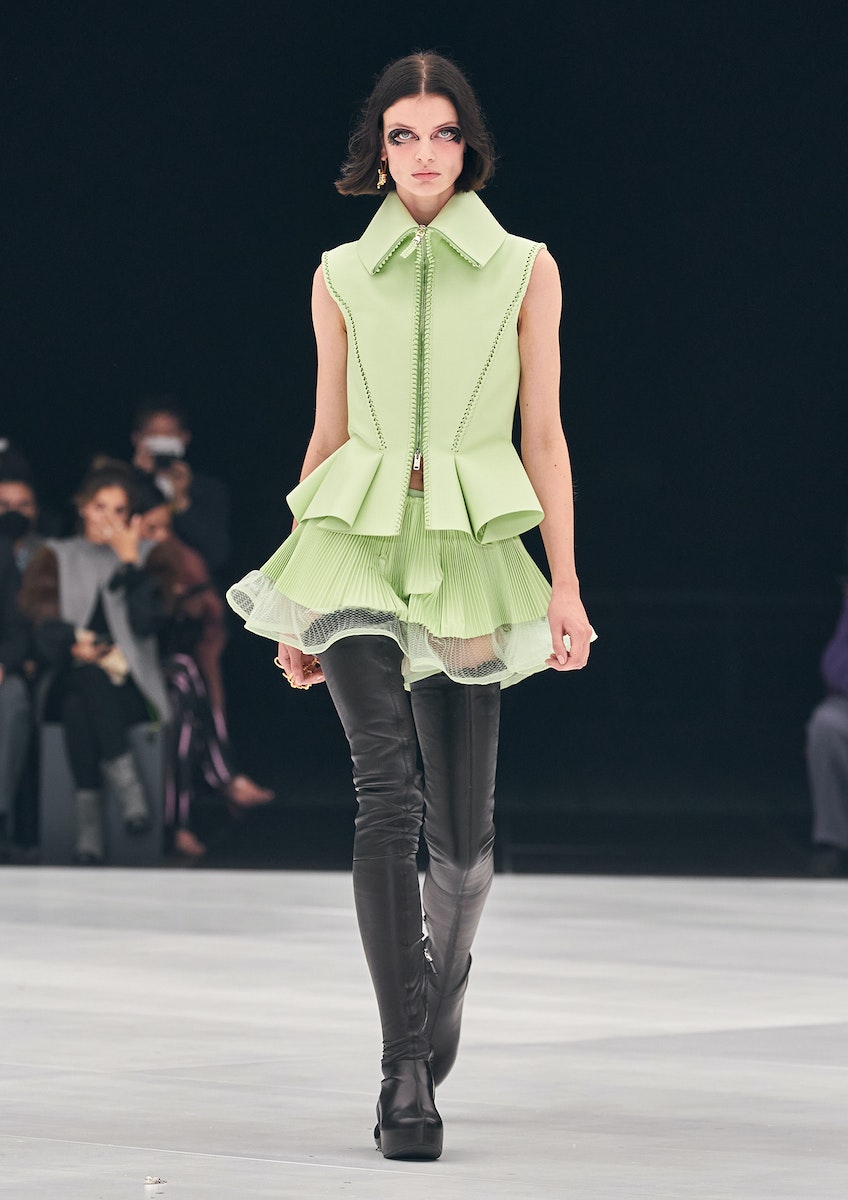 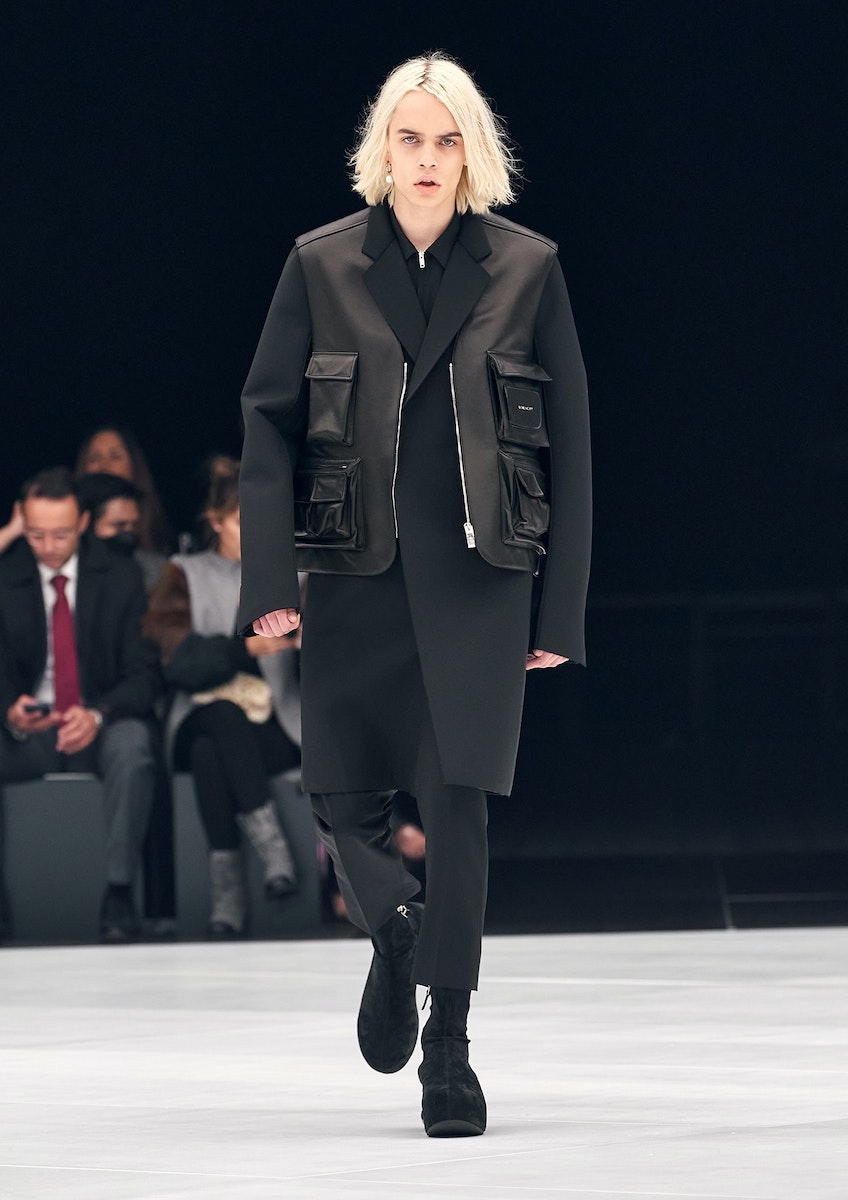 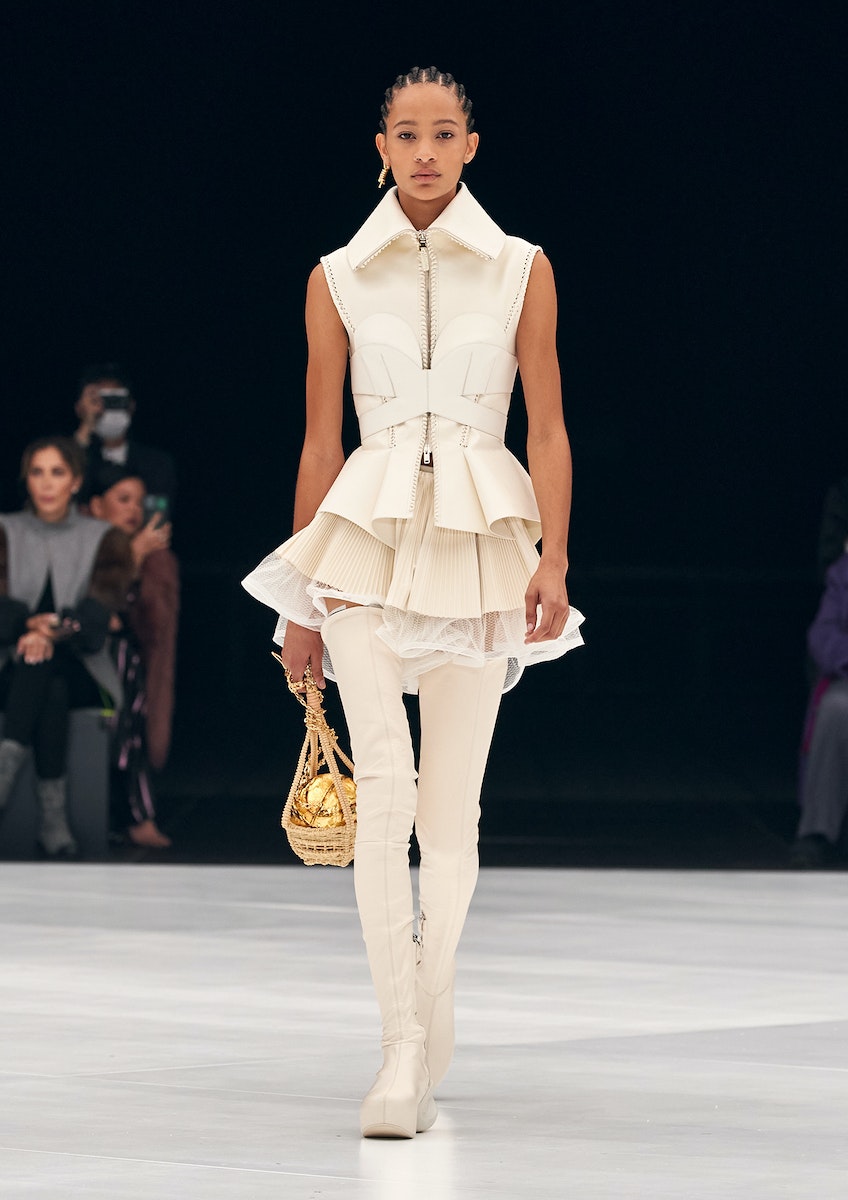 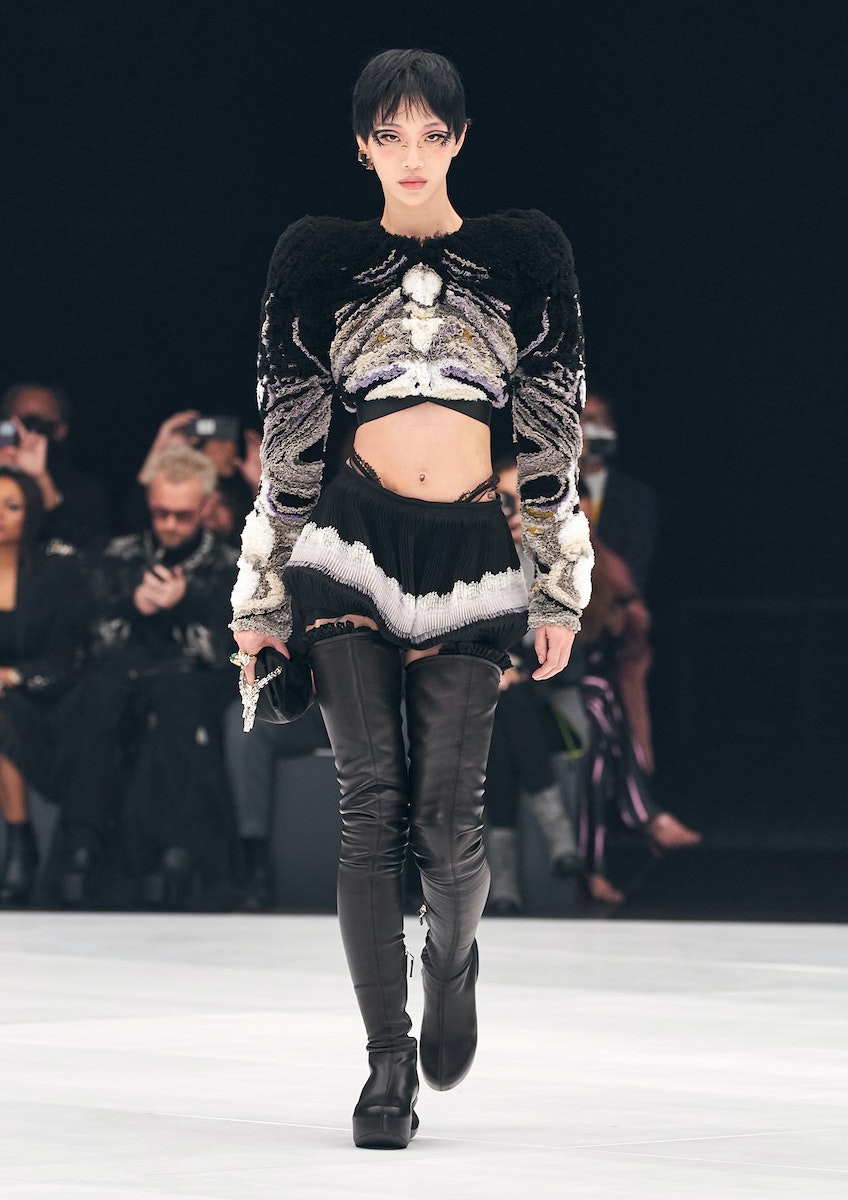 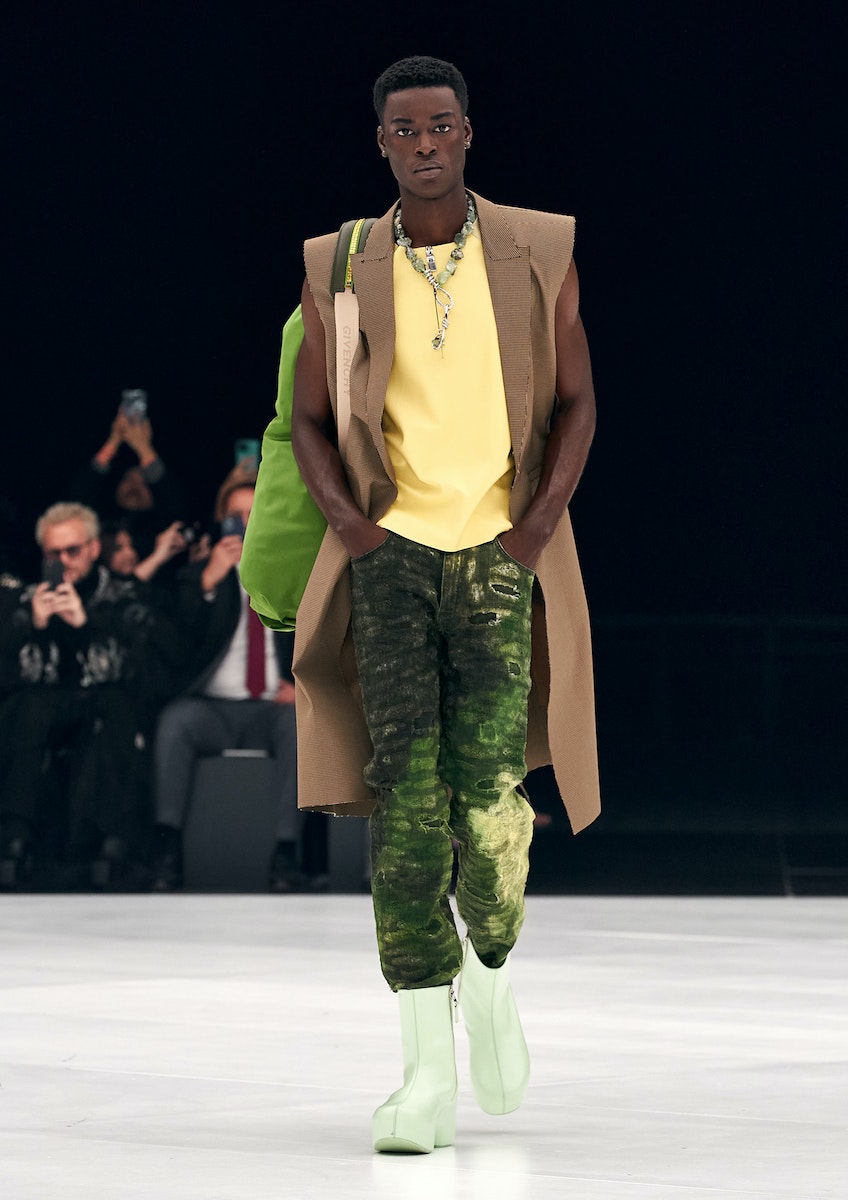 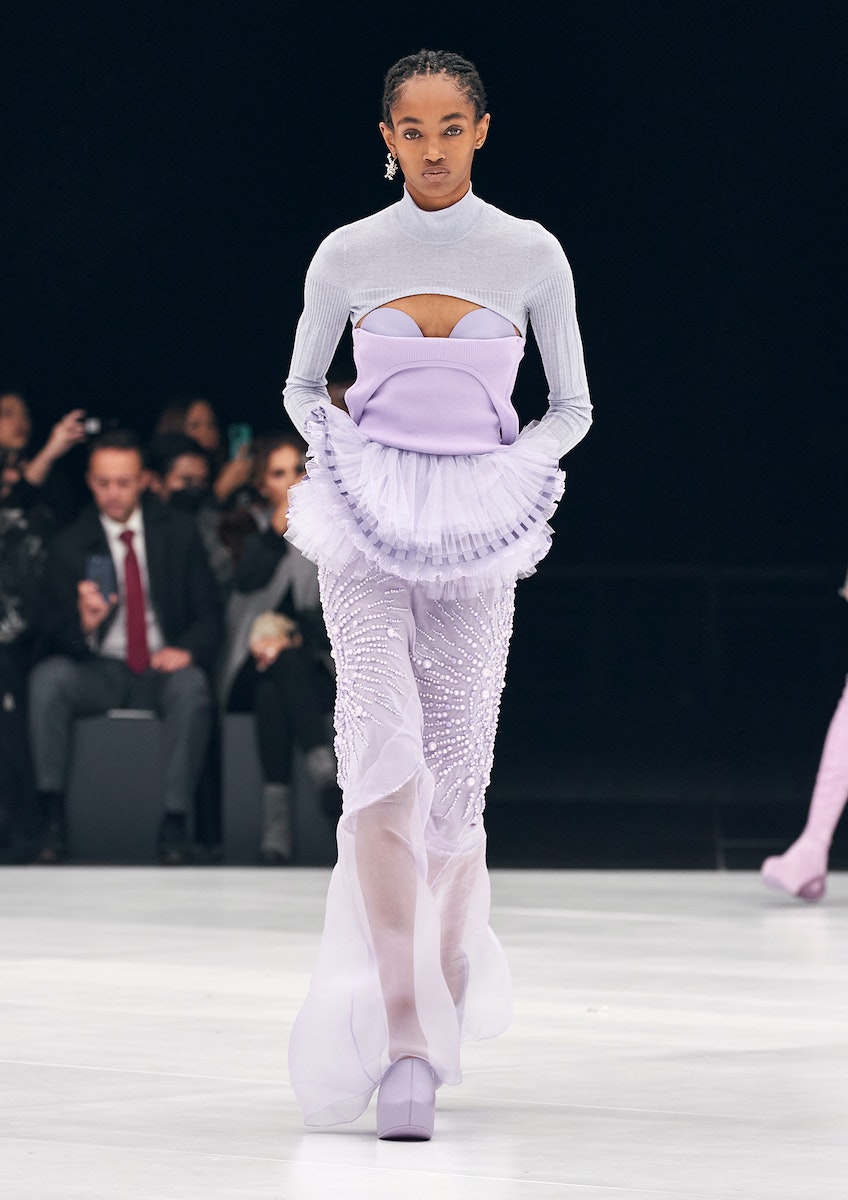 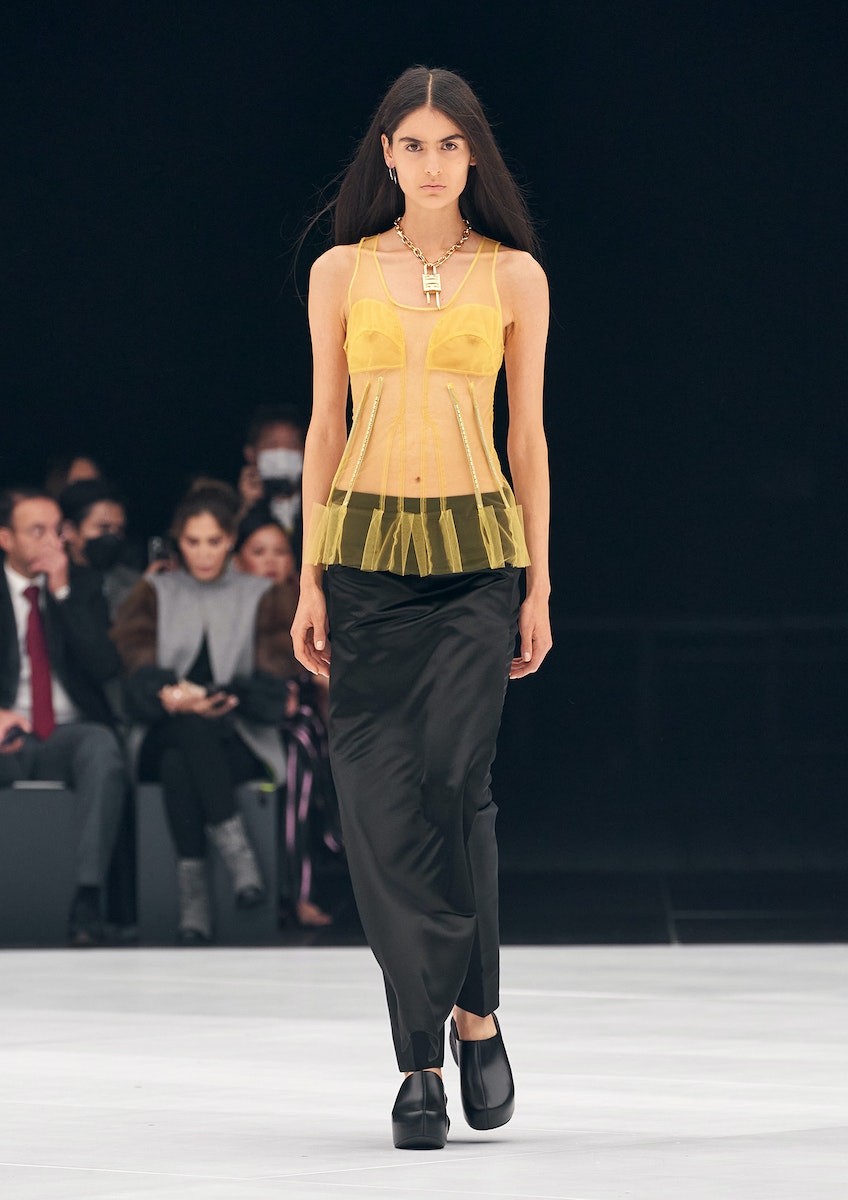 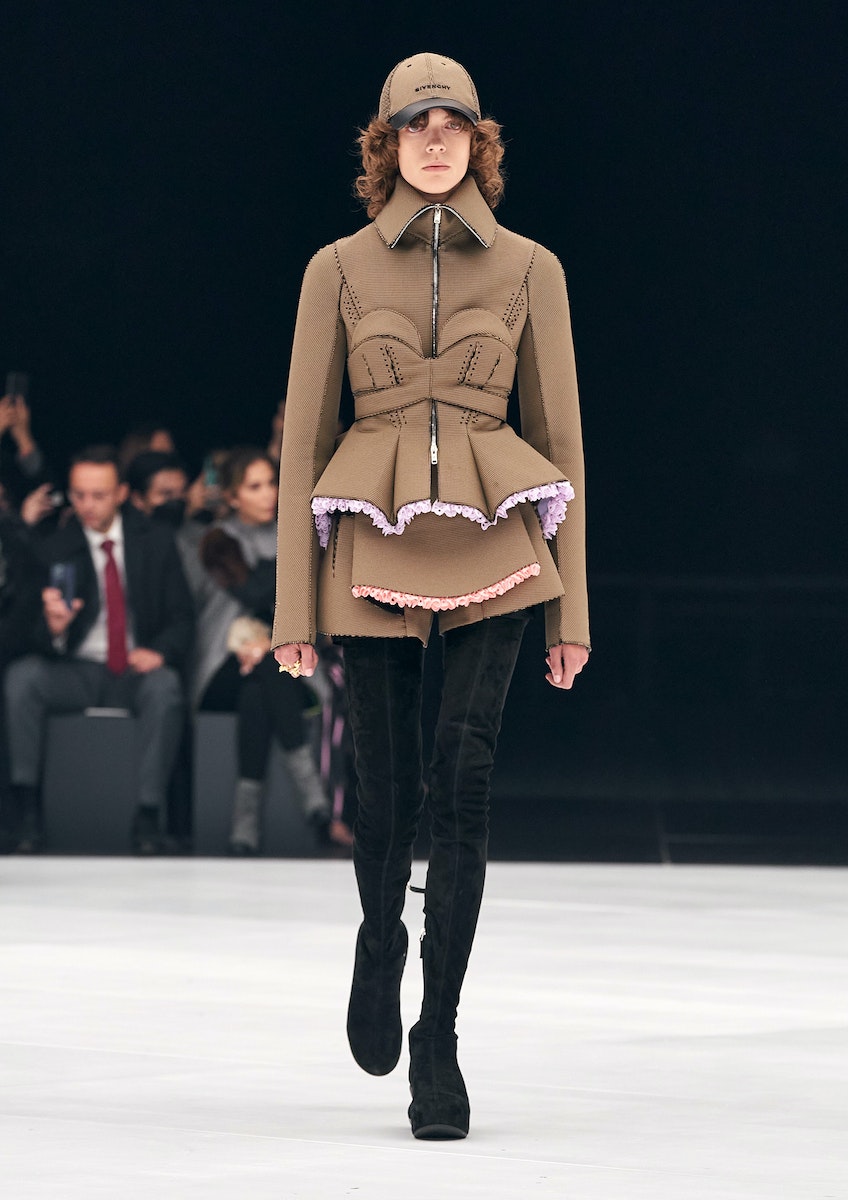 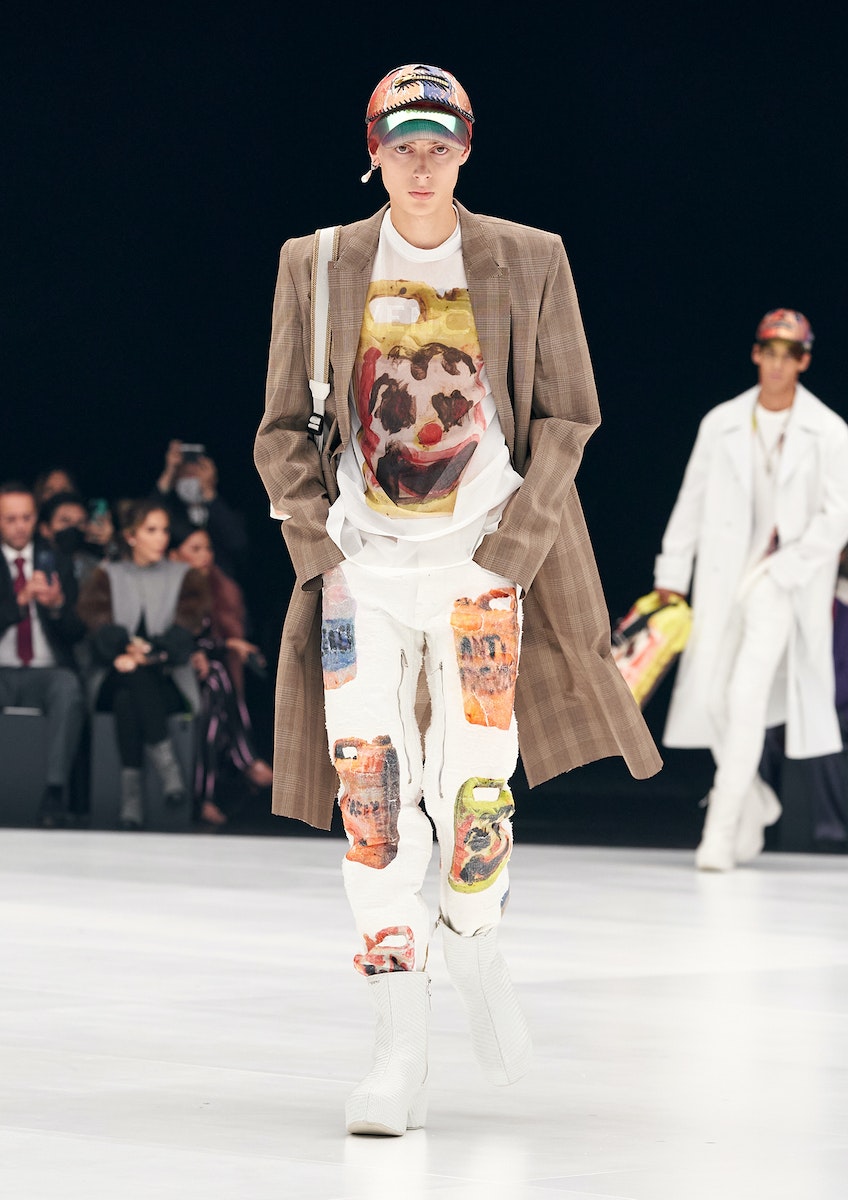 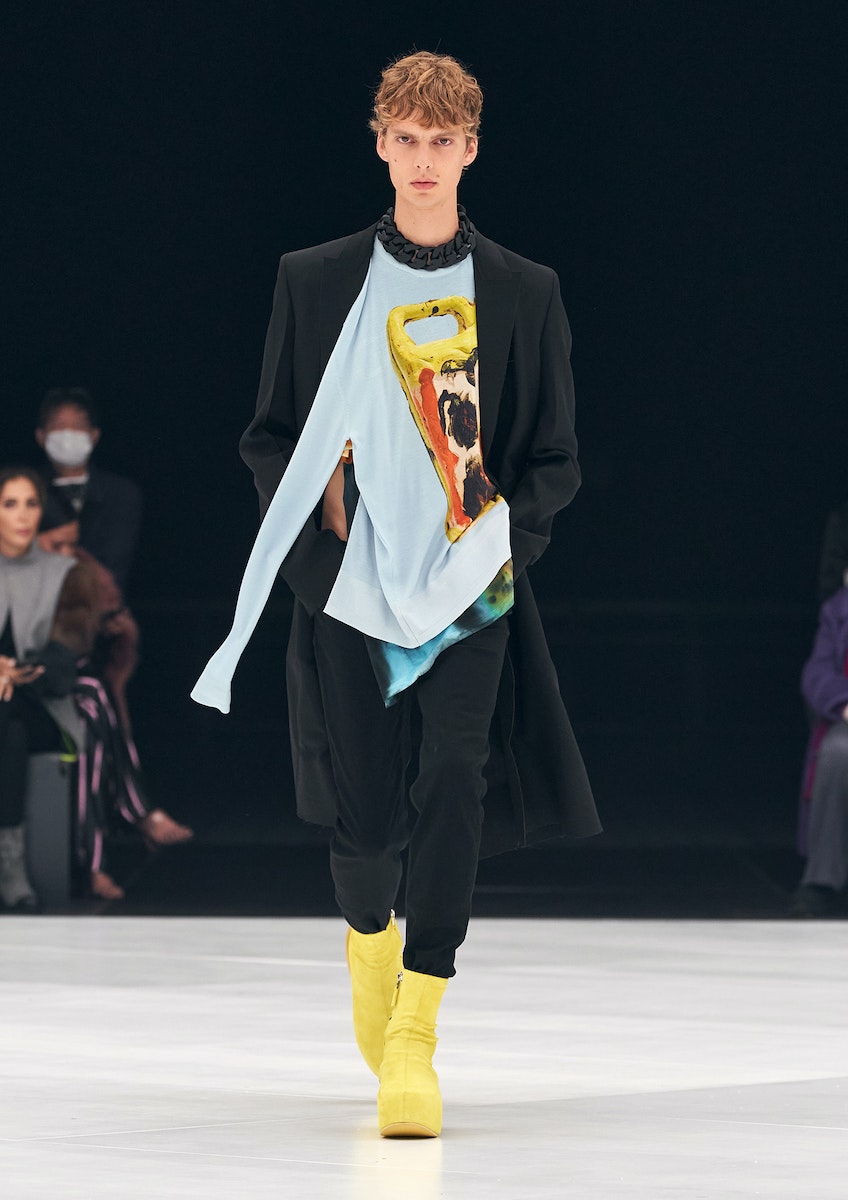 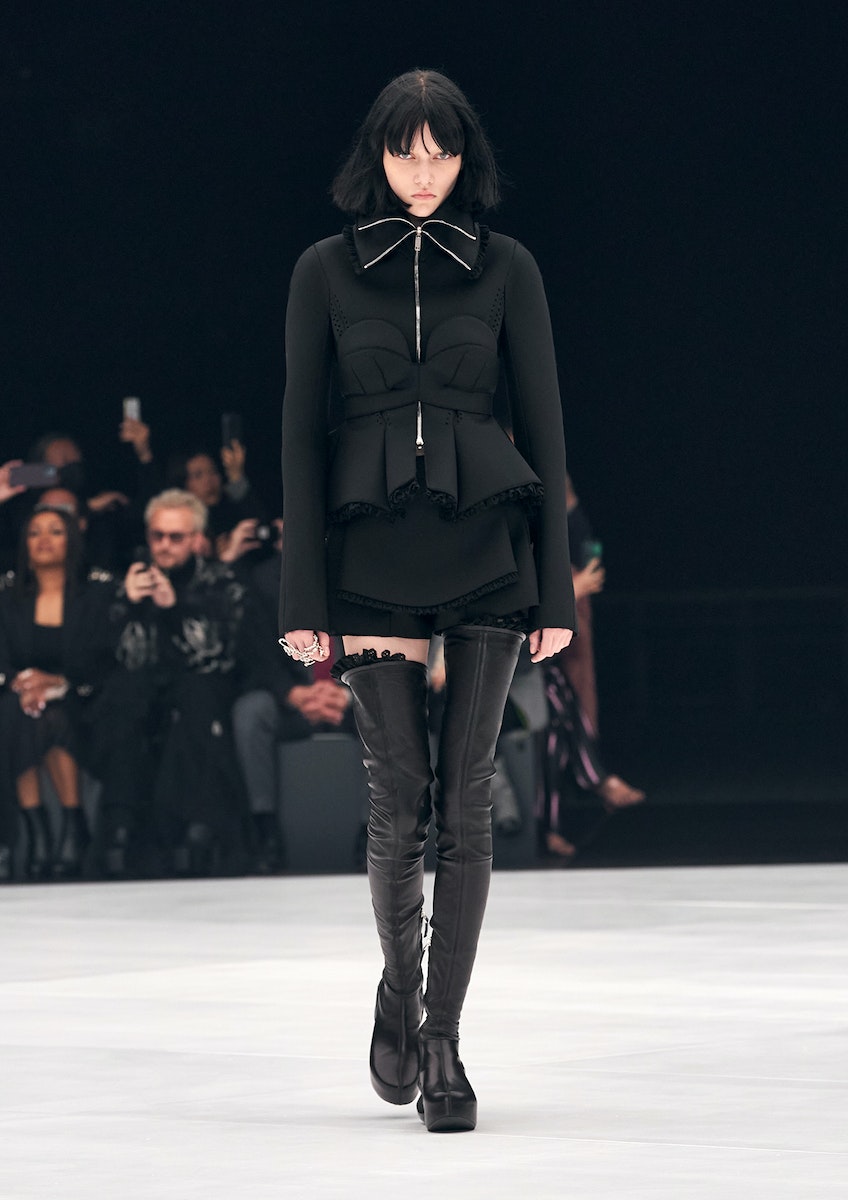