There comes a time in every young actor’s life when he probably thinks: ​“Wouldn’t it be nice to be in a show that turns you into a household name and floods your bank account so you can finally be the poolside-lounging, cigar-smoking movie star you’ve always wanted?” Connor Jessup, 25, recently had this thought, or some version of it, because he traded in his mostly minor key film career (making excellent but little-seen and lesser-discussed indie films) for a role in the banner Netflix series, Locke & Key.

Locke & Key is based on comic co-created by artist Gabriel Rodriguez and author Joe Hill, son of horror master Stephen King. The adaptation, courtesy of showrunners Carlton Cuse and Meredith Averill, combines The Haunting of Hill House with the uncanny ability of the Keymaker in The Matrix: Reloaded to open any door. The Locke family moves to their ancestral home in Massachusetts after the tragic death of their father. Jessup plays Tyler, the eldest Locke sibling. He’s moody about having to relocate to a new town. Upon arrival, the kids discover that there are magic keys hidden throughout its dusty rooms that unlock powers that only the family can wield. So, for example, the ​“Anywhere Key” allows its user to open any door to a completely different destination.

A well-dwelling daemon is after the keys, and shows up at inopportune times to try and trick the three Locke kids. Tyler is annoyed when his siblings are too lackadaisical with the power of these supernatural keys. Not only is Locke & Key far from being just another dark teen Riverdale duplicate, but it marries serious drama (kids dealing with grief and an unhinged Stepford mom) with fun fantasy (puppeteering the movements of a high school bully so she publicly embarrasses herself).

Much of Locke & Key was filmed in Jessup’s hometown of Toronto. The series has already landed plenty of positive reviews and a ​“Way to go, son” tweet from Stephen King. Already, Cuse and Averill have written most of a season two. The only thing that isn’t any real mystery is Jessup’s guaranteed success.

What drew you to Locke & Key?

My initial impression when I read the script was just how much fun I thought it was. And coming from a few years of working on small, dreary indie things, I felt this sudden urge swell up in me to work on something really fun. When I started getting into it, I realised that underneath this outer rim of fun and adventure, there was a really affecting and well-crafted story about what it means to find your way from innocence into maturity while carrying a lot of grief.

Do you believe in magic?

I love how the show gets dark. But it’s not like another teen show that’s dark for the sake of it.

The series deals heavily with trauma and grief. How do you make that come across in something that is so big and so fantastical?

The best genre-fiction, whether it’s fantasy or horror or sci-fi or mystery, has always dealt with themes of grief and trauma and loss and growing up and love. And I think our show does it, too. There’s some other shows on TV that I won’t name where the desire to have fun and to be fun, and the desire to be serious, are in direct contradiction. And often the fun seems to almost exploit the seriousness in a way that feels at times uncomfortable. [Locke & Key] does a really good job of having fun, but not at the expense of what these characters are feeling.

All your work prior to this is incredible, but like you said, it was like dreary, independent films. Were you just ready to do a big budget thing and have fun?

I love making my own stuff and working with my friends when they’re making their own stuff, it’s incredibly rewarding and rich. But of course, there also is an appeal to working on something with a lot of resources that you know is probably going to be seen by a lot of people. One of the joys of acting is that you get to come into something that other people have written and developed and funded and conceived. And you get to kind of only participate in the most fun part.

In this series, you play a very macho, straight character. You shared your coming out story on Instagram. In the caption, you talked about hiding your sexuality when you publicly discussed playing straight characters. I was curious what the source of pressure was for you to try and remain neutral about being gay or playing a gay character?

It’s hard to talk about because, in a way, I’m still figuring it out. I was out in my private life for a while [prior to posting about it on Instagram]. And it just so happened that I played a few characters in different projects who were gay. And when it came time to promote them, obviously a big part of talking about them is talking about their sexuality, and I found myself retreating to this neutral language about fluidity and how sexuality is a spectrum, but I was using it in a way to distance myself and depersonalise the subject. You know, the more times you choose not to mention it, you almost feel like you’re digging a hole for yourself.

How did you decide to make that coming out post?

There came a point where I felt dishonest and I felt uncomfortable and I felt like I was limiting and censoring and editing my own behaviour. The reasons why [I hid it] became hazier and hazier as time went on. It didn’t make any sense to me anymore. So there are a lot of factors that led to me deciding to say something. I felt embarrassed, not embarrassed about being gay, of course, but embarrassed about saying anything, the idea of making a post drawing attention to myself and the presumption that people would care what I had to say. And so I was like, I’ll just keep it to myself. But eventually, all of those excuses weren’t enough anymore.

Do you feel a certain responsibility now to share more about your sexuality, or be more open in that way?

It’s so hard for me to say. I’m aware, of course, that it’s still pretty rare for actors to be openly gay. I’m not blind to the fact that maybe somewhere, someone who’s going through some version of what I went through when I was that age might see the show and read what I wrote or hear about it, and it might mean something. 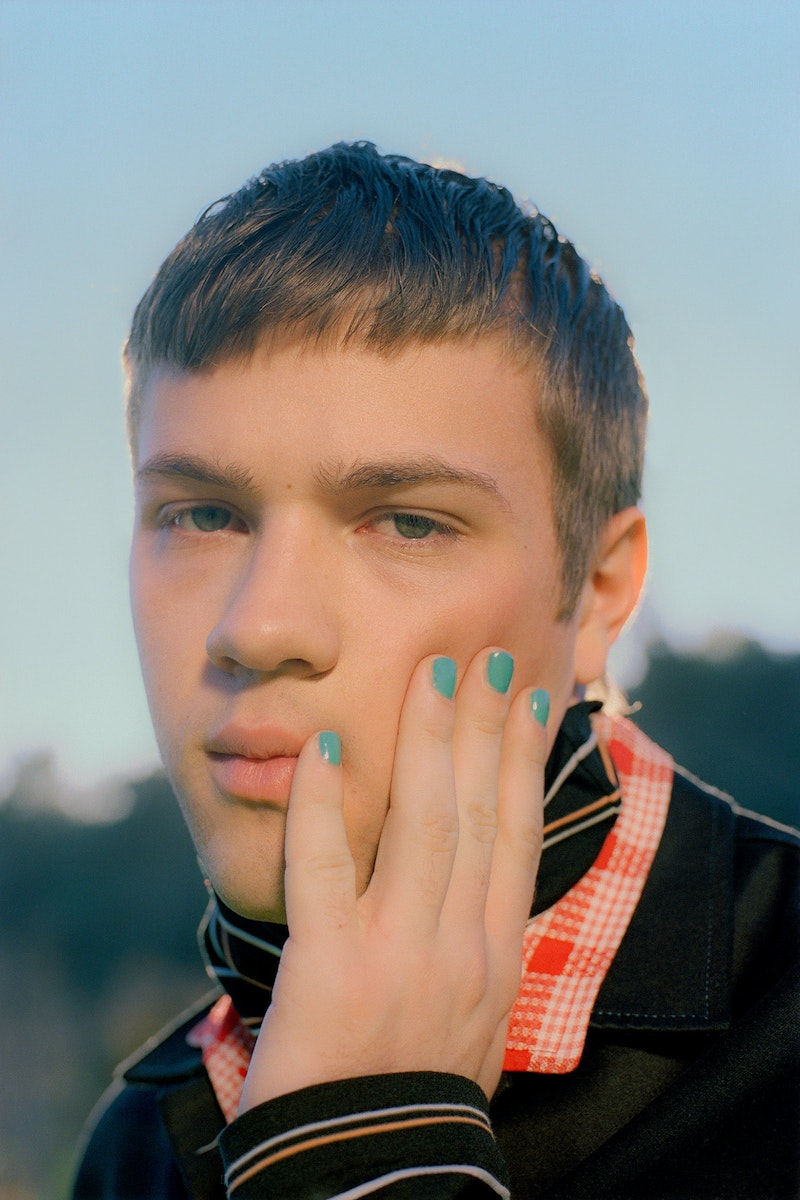 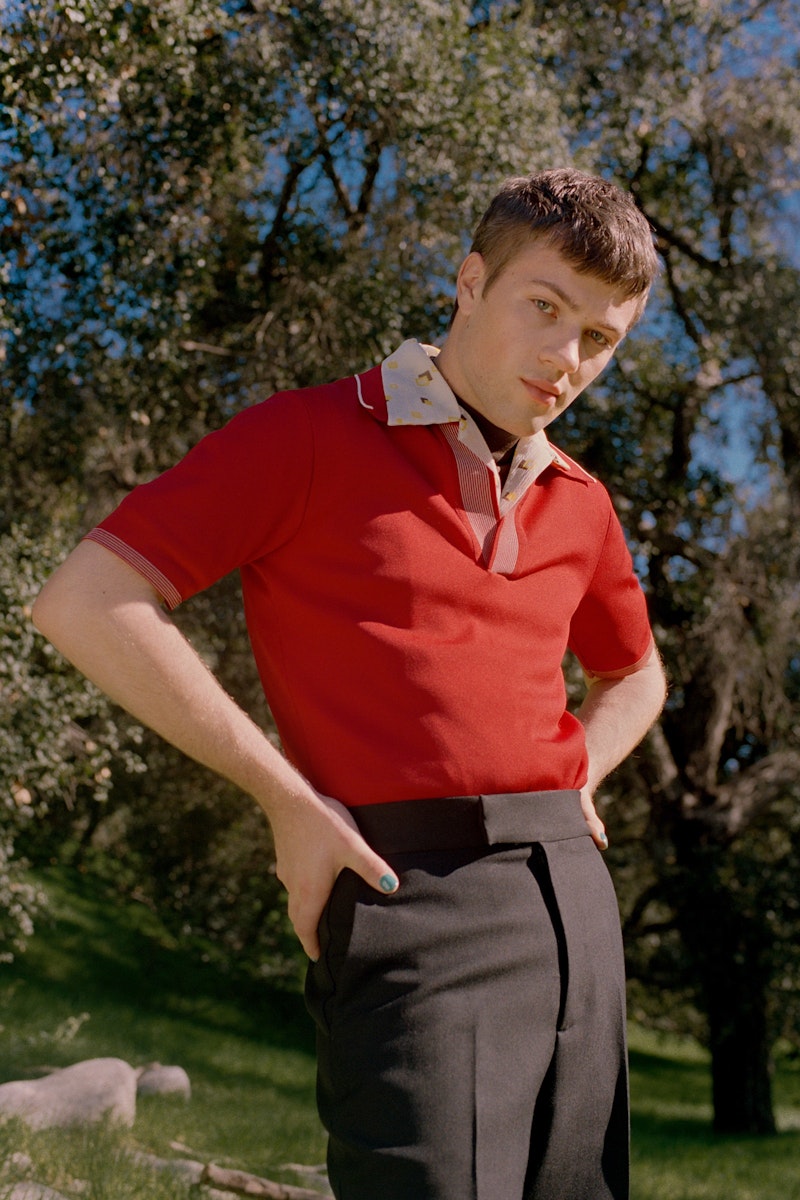 You’ve directed a handful of films, including a documentary about Apichatpong Weerasethakul for Criterion Channel. What is your next directorial project?

I can’t say too much, but there’s this project I might be doing that’s a VR movie. I’ve always been really interested in VR. It seems to exist in this weird, unexplored middle ground between video game and movie. And so I’m really excited to play around in that sandbox.

If Locke & Key gets renewed for a new season, where will the story go?

Our writers did a really interesting thing. They took a lot of plot points from throughout the volumes of the graphic novels and remixed them, reordered them. They arrived at familiar places through unexpected routes. They really got their teeth into the source material and deconstructed it. And when you arrive at the end of our season, there’s some developments and twists and discoveries that if you know the graphic novels, you know mean that we have to go in kind of totally new directions. So I think if we were to do more of the show, I’m sure there would be overlap. I’m sure there’ll be some pre-existing stuff that would make it in. I have a feeling it would be largely original plotting.

Locke & Key is out on Netflix now