At the very least, you’ll have seen snaps of how unrecognisable – and uncanny – Lily James is in the role of Pammy, or the way Sebastian Stan’s tatted up Tommy is a dead ringer for the original Mötley Crüe drummer.

But although there’s plenty of levity in the show (animatronic penis, anyone?), something darker lingers beneath the surface. The Master Beta, the fourth instalment of the eight-episode series, which aired last week, shifts the focus back to what Pam & Tommy is really about: the violation of Pamela Anderson.

Directed by actress, screenwriter and director Lake Bell, this mid-point ep shows how Anderson fell victim to misogyny and exploitation as the unwilling star of what is now considered a pop cultural artefact. In the court of mid-’90s public opinion, her status as a sex symbol seemingly made her fair game for humiliation, even though her agency over her own body was forcibly removed from Anderson’s grasp.

When depicting the trauma of www​.PamelasTape​.com going live, Bell says it was important for her directorial narrative to feel like a feminine one. Both she and Lily James connected with Anderson’s story on a personal level, having had their own sensitive images shared (against their will) in the past.

These factors, Bell felt, uniquely positioned her to tell this part of Anderson’s story.

That being said: Anderson had no involvement in making the show, going so far as to publicly denounce it. As reported by Entertainment Weekly, she will ​“never, never watch Pam & Tommy”. Some critics have suggested that Pam & Tommy takes the story out of Pam’s hands once more, exploiting her – again – for profit. Arguably, though, the series is more about setting the record straight. When the tape first surfaced, for example, unfounded rumours swirled that the couple leaked it themselves.

And so for Bell (who also directed episode seven), the crux of the show is to highlight the sinister, criminal aspect of it all, and the incredibly harmful fallout of a situation beyond Pam and Tommy’s control. We caught up with the 42-year-old to discuss the value of compassion, her friendship with Lily James and where the real Pamela Anderson sits amongst all the drama. 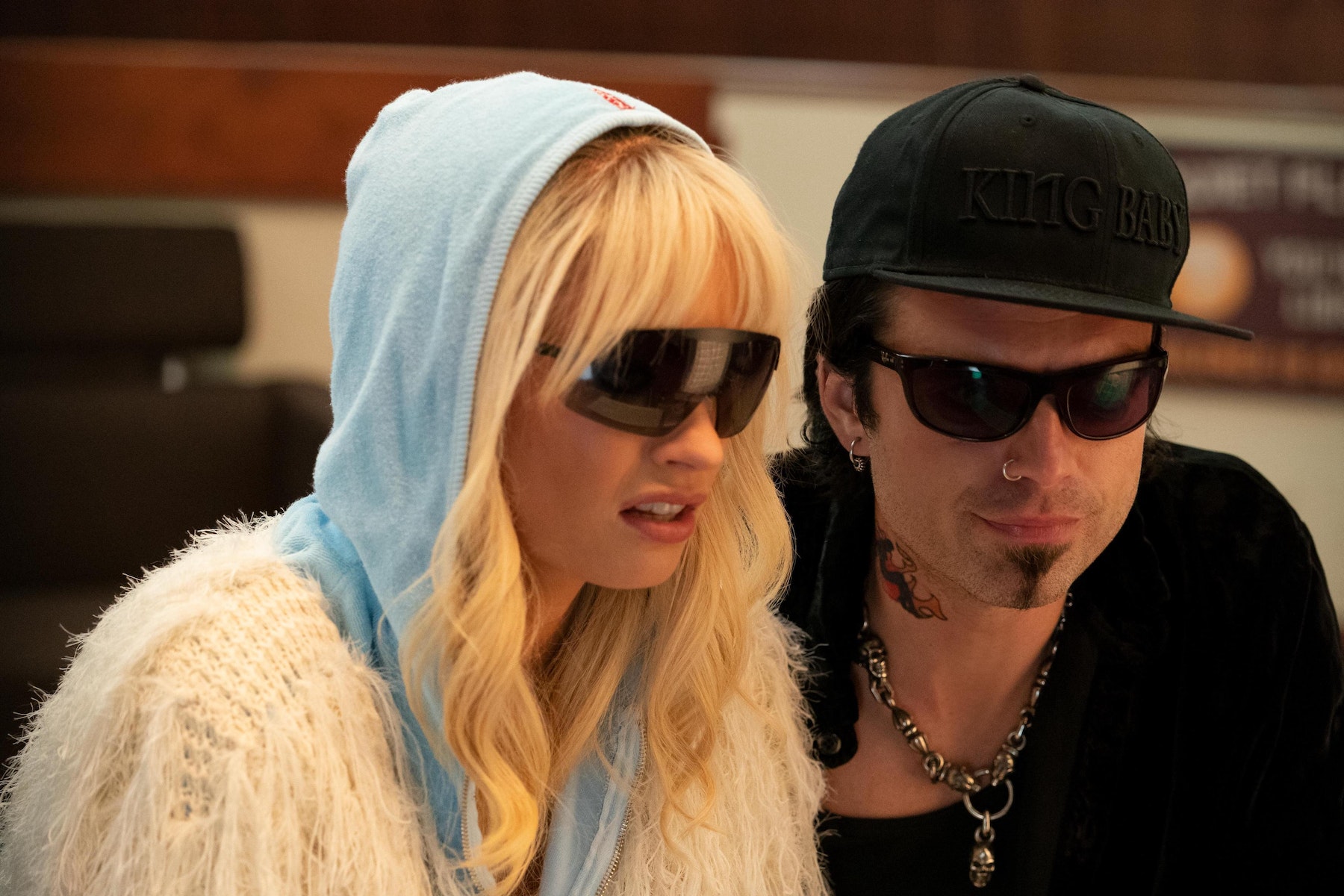 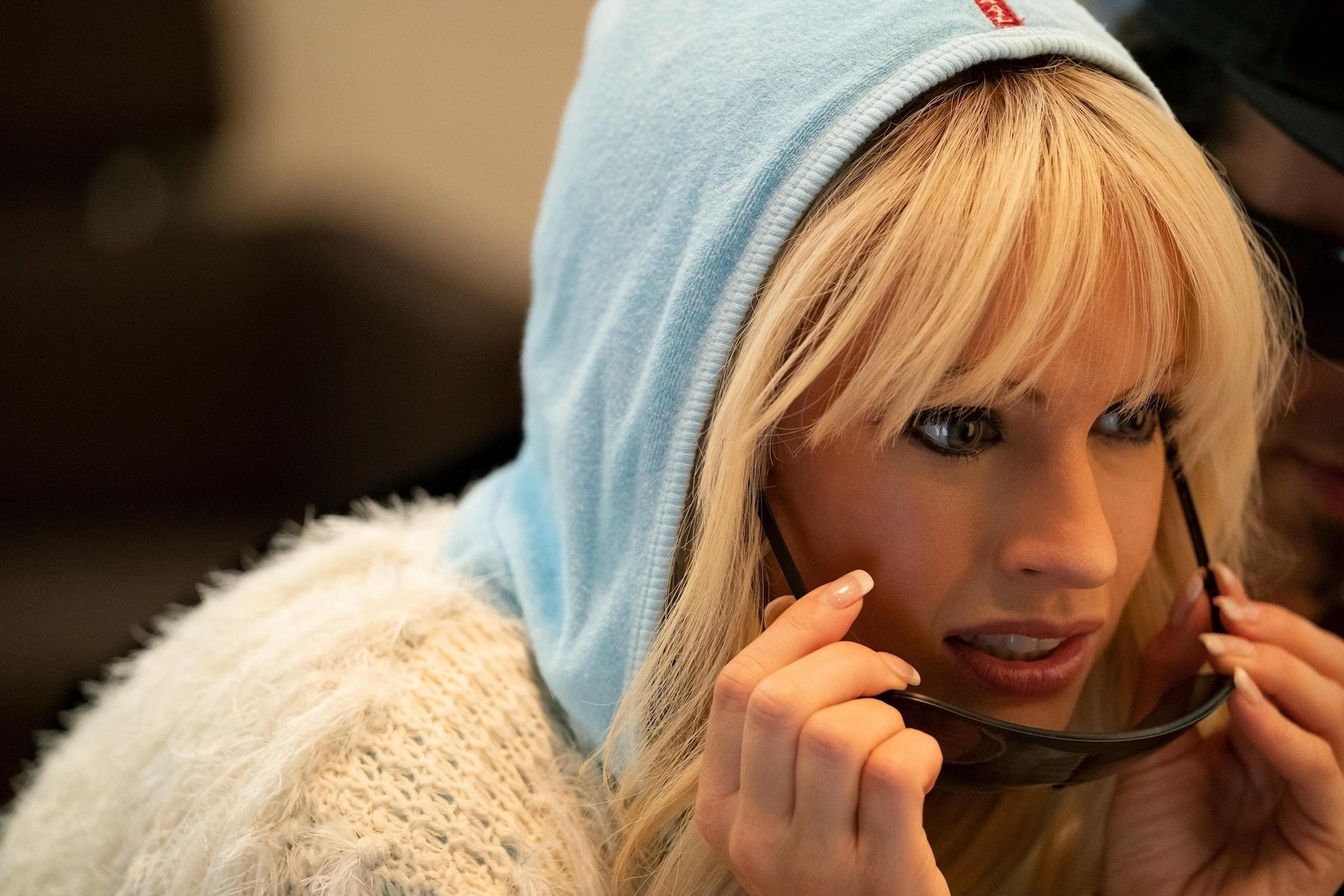 In your first episode, we see Pam’s trauma as the tape is publicly leaked. How did you go about capturing that onscreen, especially given a similar traumatic event happened to you in 2014?

When I was reading the script, I felt pulled to tell that story. I felt very comfortable taking on the responsibility of that shift in the series, because of my own personal connection to that injustice, the crime of personal property being stolen in the form of an image.

There’s this idea at the crux of episode four, and in general in the series, which is that: if you pose in bathing suits – or in my case, [appear] on the cover of magazines naked – that [being humiliated] is my choice. To then have imagery stolen from my phone and broadcast to the world… That’s something I related to.

I won’t speak for Lily, but she and I felt very passionate and connected to that gross injustice. I felt like I had an opportunity to make this nugget of storytelling so compelling and so entertaining, that it actually cuts through to the other side and gets people to be provoked in thought. To reflect on how we have come and how far we have not, to allow for cultural and social history to be exposed in a way that prods conversation.

That was my North Star and it was very important.

So is it fair to say that your own experience informed the way you directed your Pam & Tommy episodes and shaped their narrative?

Think about that last scene [in episode four]. [Lily as Pam] is full of rage. Full of cathartic expression, slamming the windshield with the paparazzi in it. That was my North Star for the whole episode. It was the jumping-off point for the rest of the series: she is not going to be quiet and, frankly, she shouldn’t.

I think rage, for women, is something that is often shamed or looked down on. Even in my own self, I do not connect with my own rage very often. I remember shooting that scene, Lily and I were very emotional. It felt like a real moment.

Lily is very (literally) exposed in episodes two and three, which were directed by Craig Gillespie. How did you go about protecting her on your two episodes?

I became very protective of Lily, even with regards to people I didn’t want on set. I’m a big sister in real life, so I felt very sisterly towards her. And Pam is a person who has dealt with such injustice. I just wanted to make sure she felt human, layered, flawed, complex, fierce and like an advocate for herself.

Anderson was not involved in the show, didn’t respond to Lily’s reaching out to her and has reportedly found the resurfacing of the tape ​“very painful”. How did you reconcile that with your involvement with the show?

I obviously can’t speak for Pam. I will say, though, just for me personally, I felt comfortable and inspired to have this narrative unleash a conversation – so that we didn’t just brush it under the rug, so it didn’t just go away and wouldn’t be called out. I felt like it was an opportunity to call [something] out. That’s how I looked at it, that’s how I treated my episodes and that’s how I feel we all treated it.

Watching the series, you’ll understand this point of view. From the outside looking in, without actually watching it, you won’t understand. But if you do, you’ll see there’s a thread of advocacy and justice there.

Make no mistake, what happened was a fucking crime! I think we all felt pretty committed to making that very clear. We wanted to clear the air.