It’s a 7pm kick-off on a wintry Wednesday evening and Club Local are up against Hamster FC. Twenty minutes in, Club Local’s 24-year-old star striker Ellie Oppenheim fires home her third back-to-back goal. Spectators fist-pump the air while a group of teenage lads having a nearby kick-about start howling ​“Come on!” Shortly after, the ref blows the half-time whistle and both squads huddle on the sidelines for a two-minute pep talk.

This is the opening match of the sixth season for Super 5, a women’s‑only five-a-side league based at Mabley Green in Hackney, east London. Anyone of any age can participate: on the pitch tonight there’s a photoshoot co-ordinator, a science student (who’s learning how to grow teeth) and a Hackney councillor. While a few knew each other from school, the majority met recently through Instagram and Twitter call-outs. You wouldn’t be able to tell, though. ​“The WhatsApp group is constantly popping off about how excited we are to see each other,” says 28-year-old Hamster FC co-founder Maria Maleh. ​“We’re like one big family.”

Last November, England’s Lionesses lost 1-2 to Germany at Wembley in front of a record-breaking crowd of 77,768

The league is one of a host of grassroots organisations supporting the booming interest in women’s footie in the UK. Although an all-female football team is nothing new (the formidable Hackney Women’s FC has been going strong since 1986), the scene attracted a buzzy new audience after the 2019 Fifa Women’s World Cup, at which England’s impressively technical and possession-heavy Lionesses reached the semi-finals, losing to eventual winners USA. In fact, 2019 saw 605 new girls’ teams and 260 new women’s clubs register across the country. According to the Football Association, 2.6 million women in England are now playing the sport.

“I hadn’t even touched a ball or had a kick-about in a park a couple of years ago,” says Super 5 League’s marketing manager Georgy Rogers. ​“I just never had a chance to.” The 25-year-old now runs her own team, Sirens FC, a 20-strong squad of footie obsessives who also participate in the league. They didn’t place last season, but Rogers doesn’t care. ​“It’s just nice to play and not lose sight of the beauty of football.”

Shahid ​“Shazza” Malji set up Super 5 in 2017. The community leader had been running men’s leagues for five years when he noticed an influx of female players, who soon pushed for a women’s equivalent. What began as a low-key friendly with only eight teams soon ballooned into a community-loved, 40-squad competition that won the FA’s Grassroots League award last year.

“At the time I was your typical man and was like, ​‘Nah, not interested,’” admits Malji. ​“But I know everyone at Mabley Green is very impressed by what’s happened and are supportive of it.” While Malji cites the women’s dedication to the game and a shared feeling of pride as the driving forces behind his change of heart, it’s hard to blame him for his initial wariness – women’s football has been sneered at, well, for ever. In 1921 the FA declared that ​“the game of football is quite unsuitable for females and ought not to be encouraged”. It led to a ban on women playing on Football League grounds – a ban that was only overturned in the 1970s. 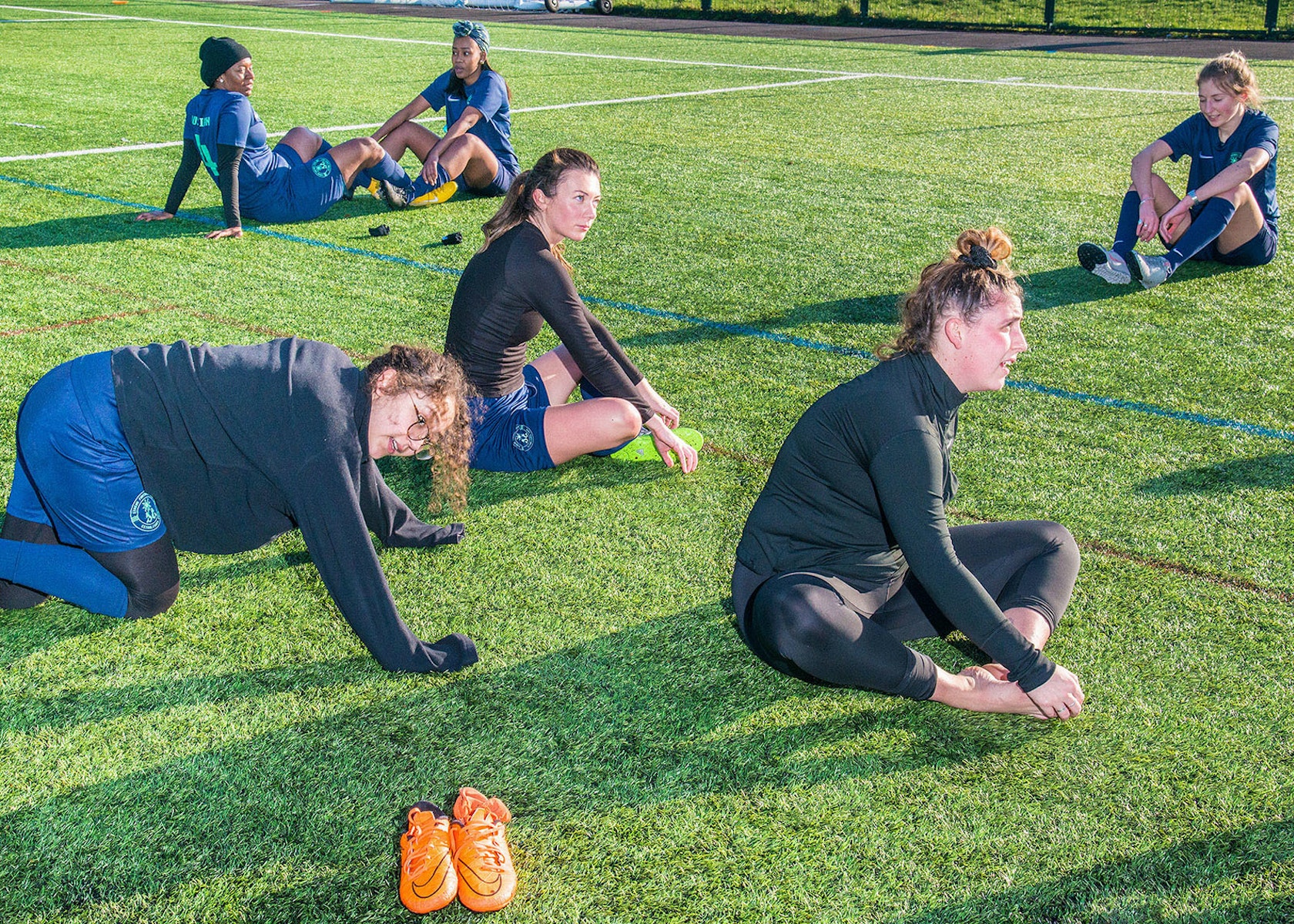 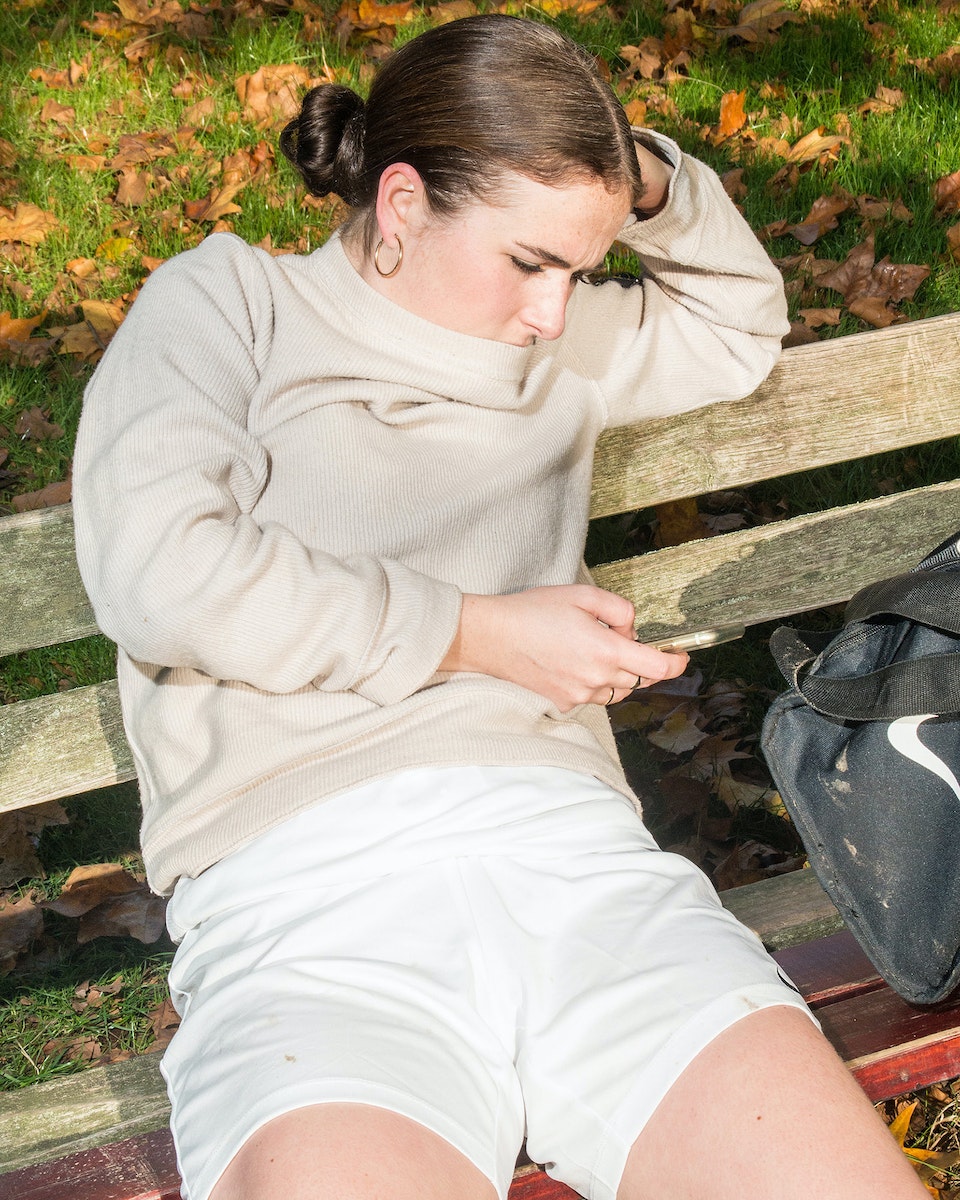 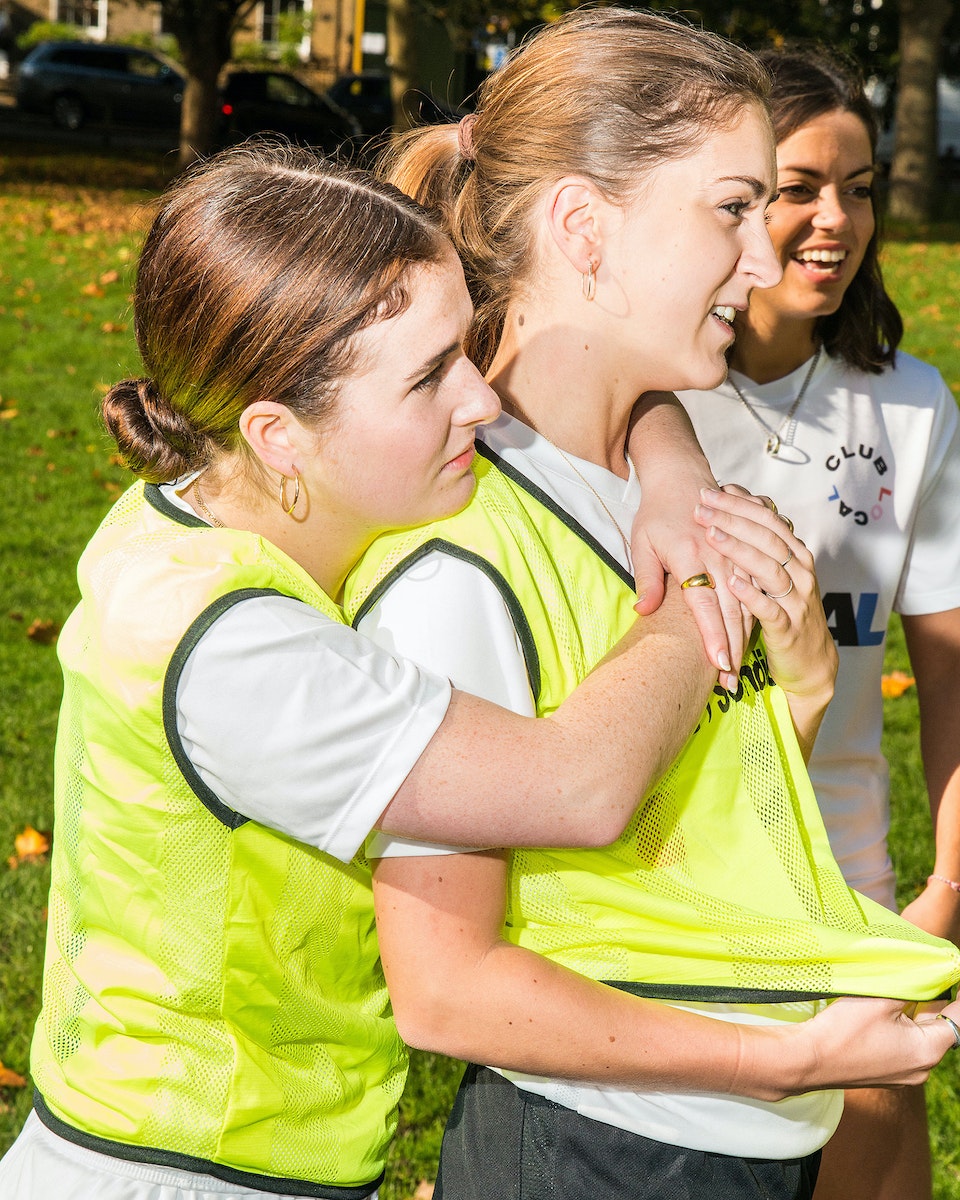 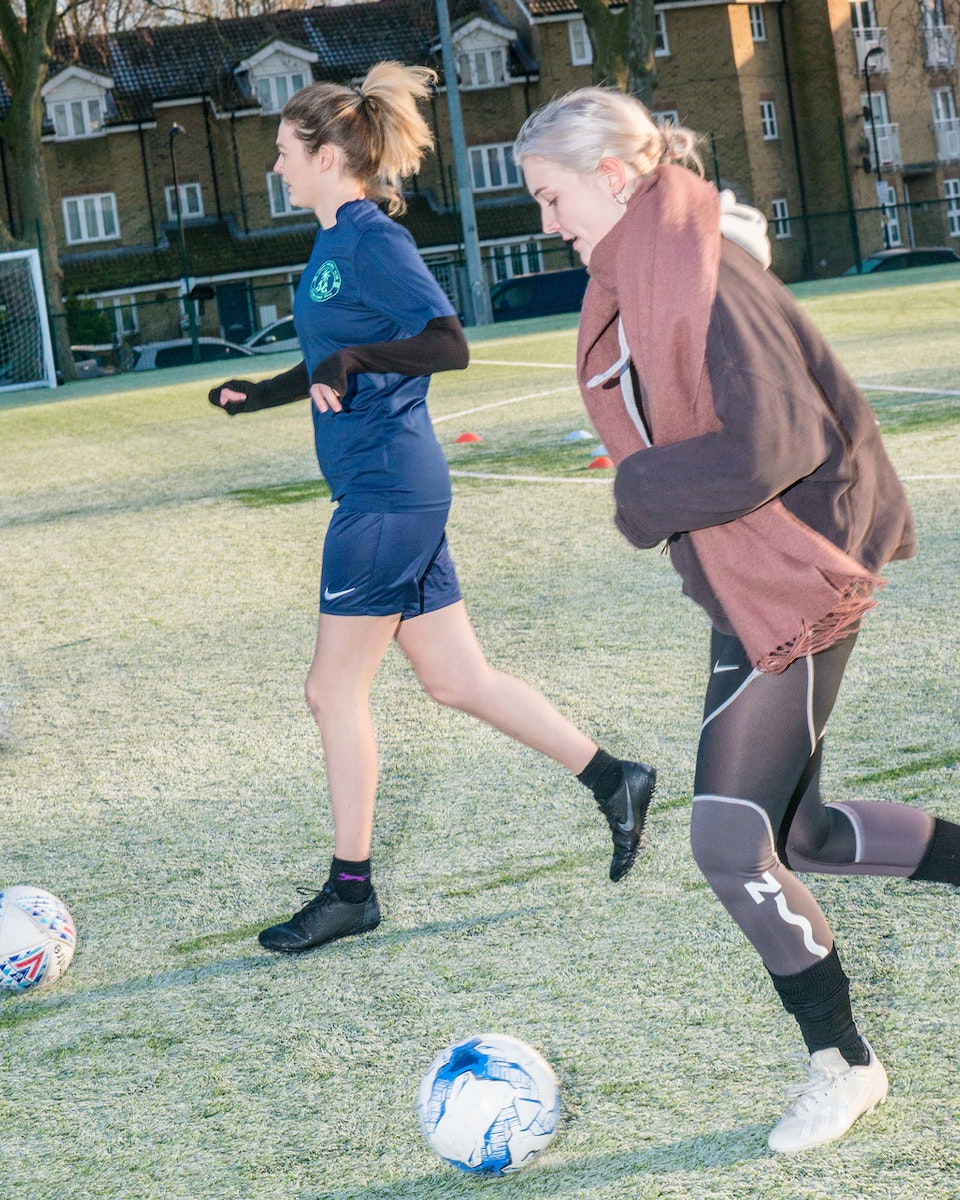 Finally, belatedly, recent events such as the Women’s World Cup and Team GB’s success in the 2012 Olympics have kicked this stigma into touch and sparked interest. Last summer 11.7 million British viewers tuned in to the BBC to watch England play the USA, with a YouGov poll showing that 69 per cent of adults now believe that women’s football deserves the same profile as men’s. The tournament made stars of England’s Lucy Bronze, whose sensational quarter-final goal against Norway earned a nod of approval from David Beckham, and of Megan Rapinoe (the US co-captain who found fame as an outspoken critic of US President Donald Trump and is now fronting campaigns for luxury fashion brand Loewe).

“When we watch the Olympics we watch our male and female competitors with equal respect. It was only a matter of time before we asked why this doesn’t play in sports like football,” says Jane Purdon, the CEO of Women in Football, which advocates for and supports females participating in the sport. ​“It was a brave but wise decision for the BBC to show every game of the World Cup. Women’s football made its own case once people saw how good the players are.”

Texas Maragh, 23, co-founder of Club Local, agrees. ​“I had the best summer of my life last year with all the excitement around the World Cup. It was nice to see women who previously weren’t interested in football wanting to play.” The hype generated by professional players reverberated down to those grassroots, with football pitch booking site Playfinder reporting a 204 per cent surge in bookings for women’s football in the eight weeks following the World Cup kick-off. ​“I thought it was just going to be a fad but I haven’t seen any dip in interest,” says Maragh. 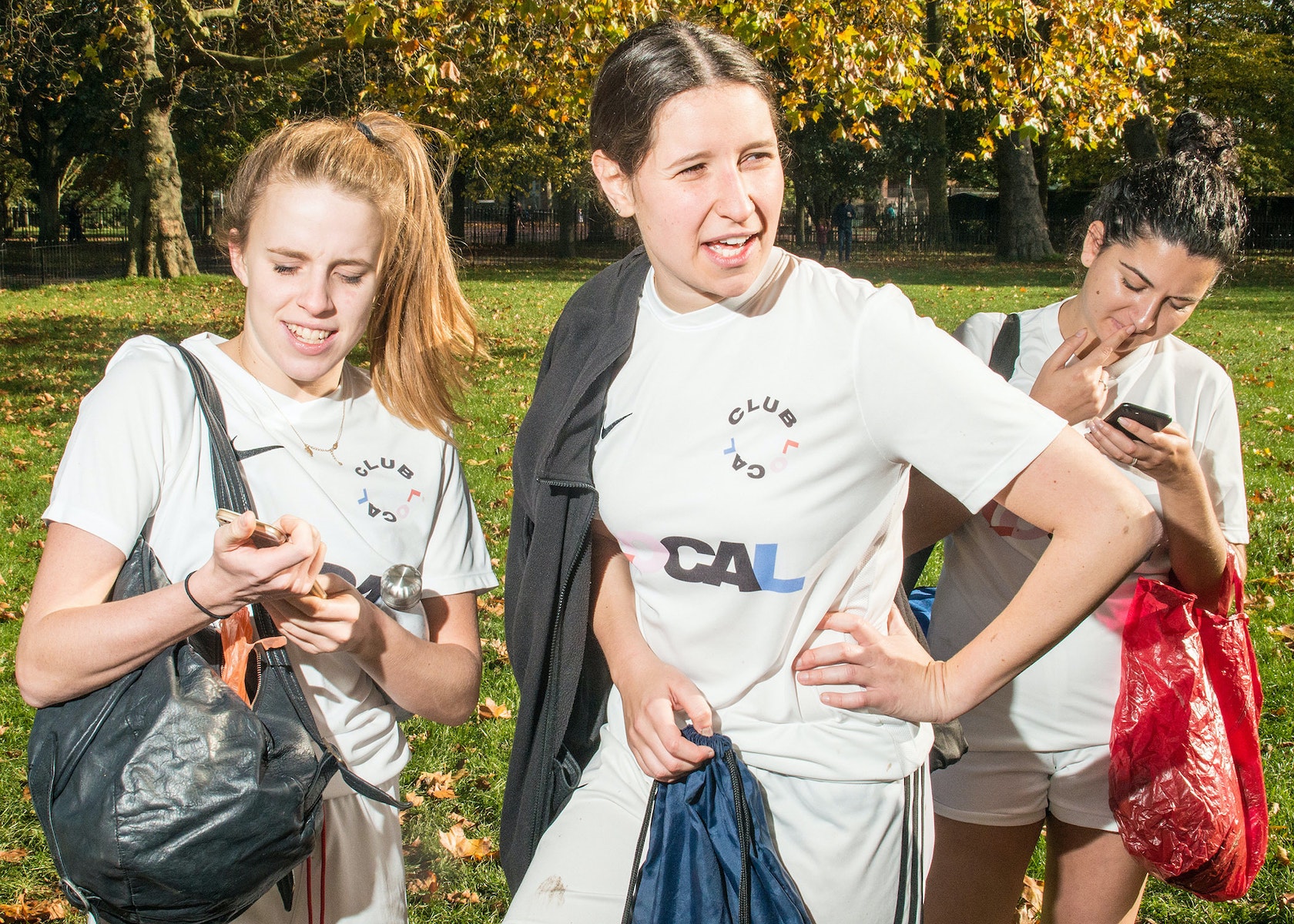 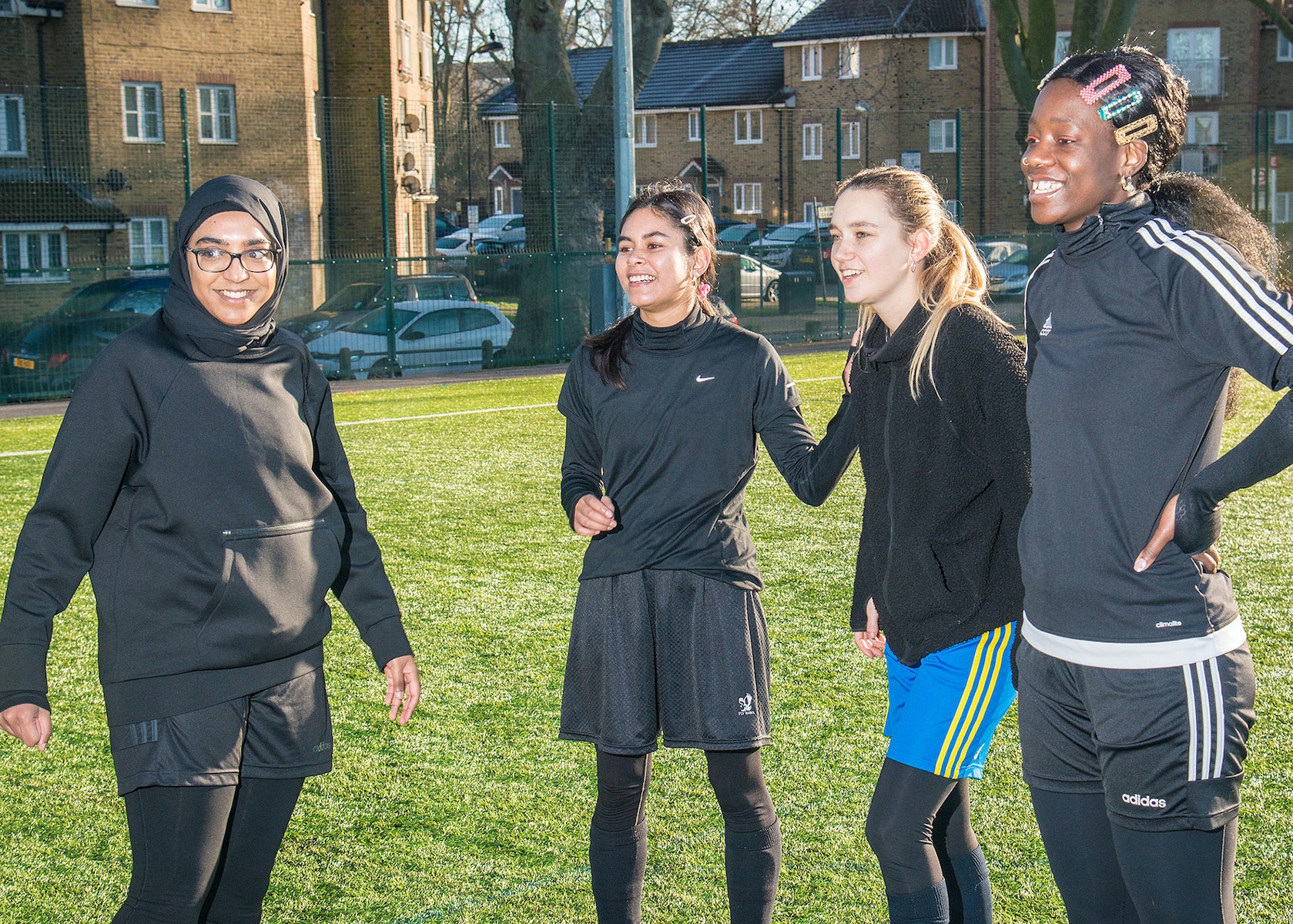 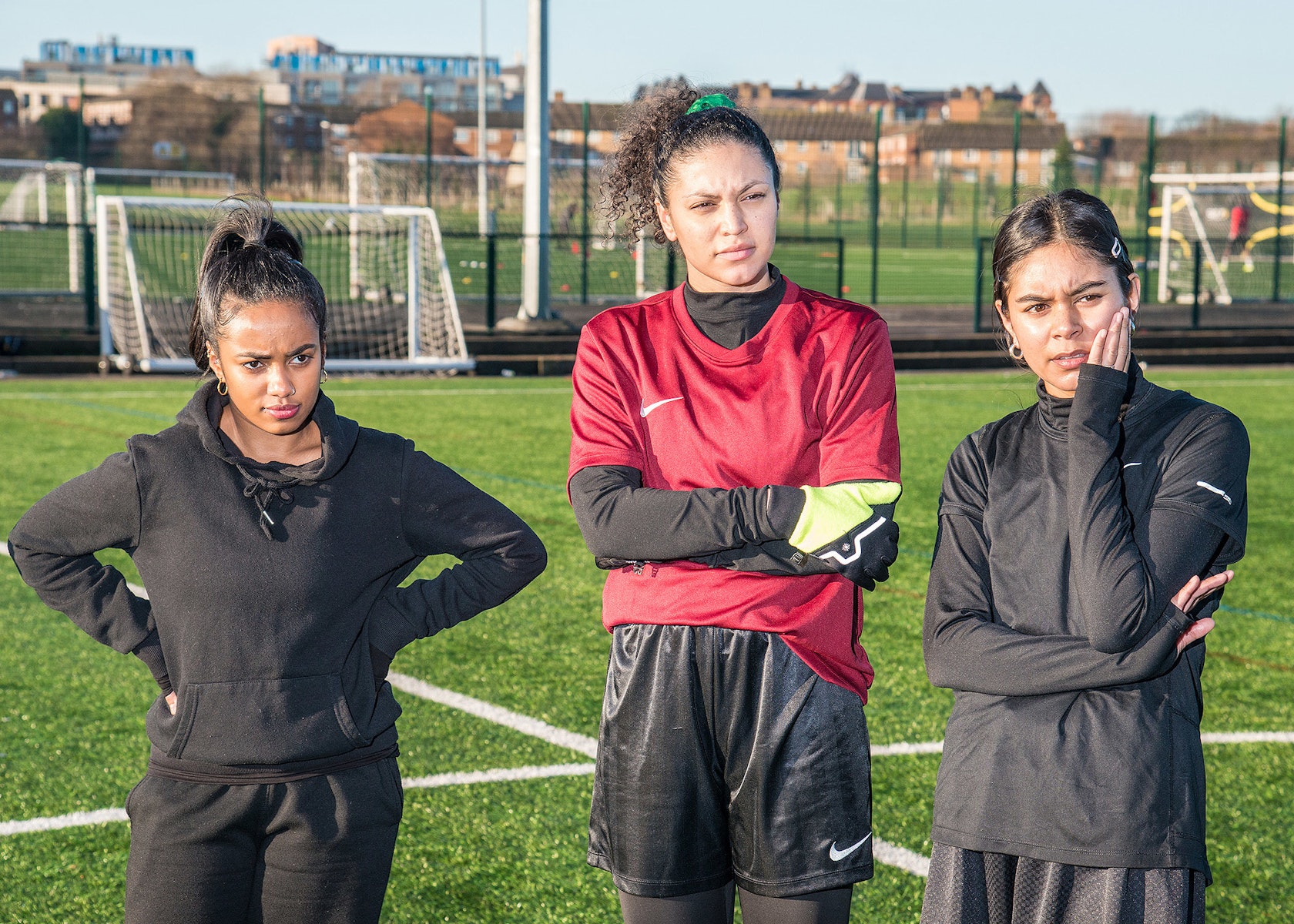 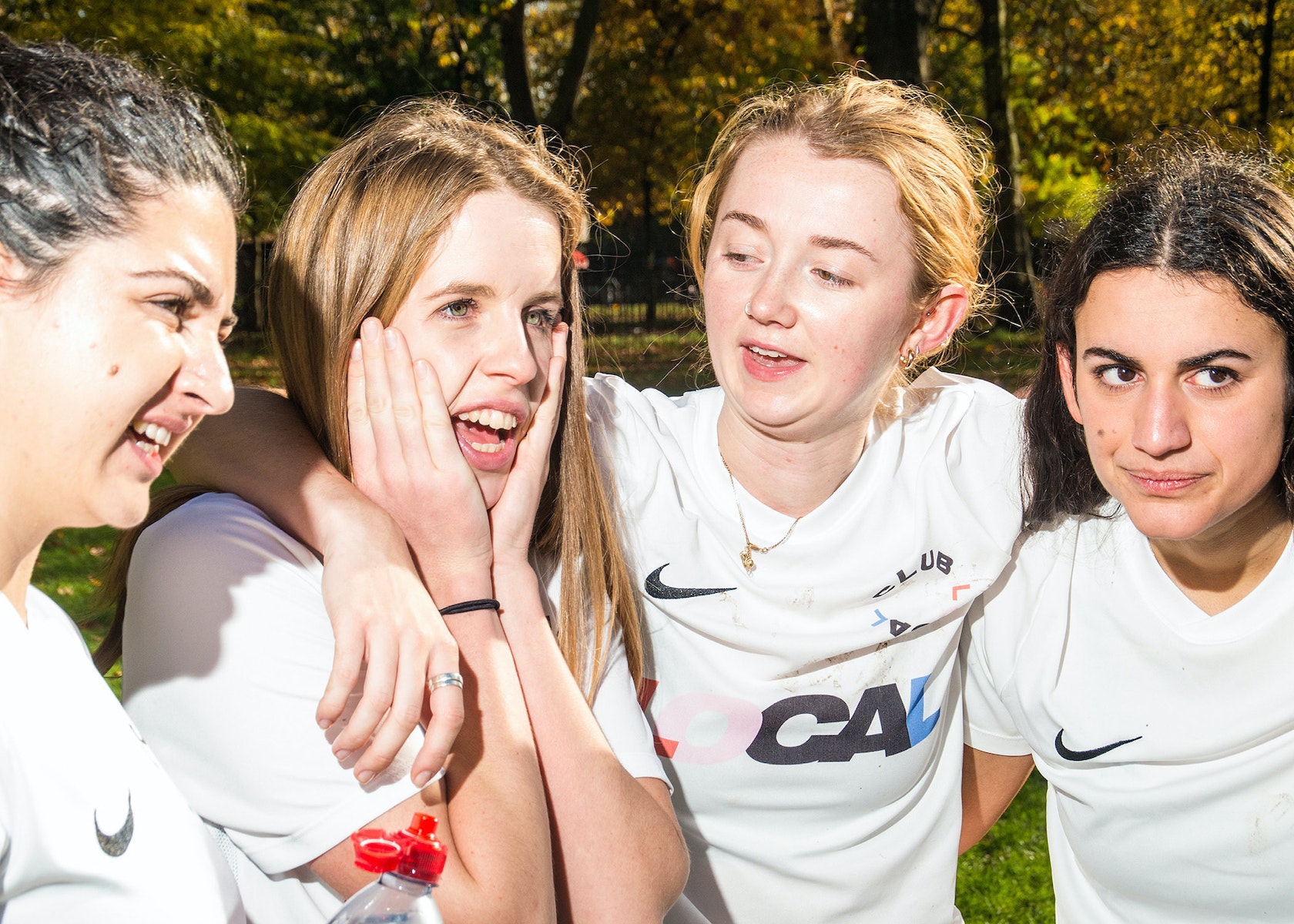 On a cold and windy January evening it’s clear that the momentum built from last summer hasn’t waned. ​“Thank God you weren’t here on Monday,” says Maragh with a shudder. ​“The rain was so intense, each droplet felt like a water balloon being burst on my face.” Malji has a strict ​“rain or shine” policy, meaning games go ahead even when there’s a layer of snow on the Astroturf. Not that the players seem to mind – despite the near-zero temperatures, a dribble of mates and boyfriends has turned up to watch Club Local win by a whopping 12 – 1.

No one’s hung up on the score, though, with conversations firmly focused instead on which pub they should head to (both teams settle on The Adam & Eve on Homerton High Street, a local boozer that’s become the unofficial Super 5 League spill-over spot). I skip the pub but am added to the WhatsApp group and told to come to a training session. Watching them walk off joking and laughing, I quickly jot down a reminder in my notes: buy trainers for Sunday practice.