At the beginning of Riccardo Tisci​’s thrilling runway spectacle for Burberry on Wednesday, the maverick Italian designer appeared to be picking up where he left off with his show for SS21 – namely, by taking us on a journey through one of the British capital’s hidden gems.

Where last year’s collection saw Tisci’s army of models weave through a forest somewhere on the outskirts of London, this season takes us to the abandoned Millennium Mills in East London’s Royal Victoria Docks. And in place of that lush forestry was an arid, desert-like landscape of sand, broken up with stacks of booming speakers and glossy black pick-up trucks. Think: Mad Max in a techno superclub.

Despite the somewhat foreboding – dystopian, even – setting, Tisci was looking back to his youth, and more specifically to how music influenced the designer he is today.

“Music has played a big role in my life, like a running soundtrack and energy throughout my youth,” he said following the show, which was soundtracked by Shpongle, the English psychedelic electronic duo who rose to underground fame in the late 1990s.

“So many of my memories forged through music take me back to an incredible time when I was discovering myself – my voice, my identity, my creativity – and sharing my experiences with friends, and sometimes even strangers, along the way. It was like being on a universal journey, brought together by a collective sense of openness, acceptance and opportunity.” 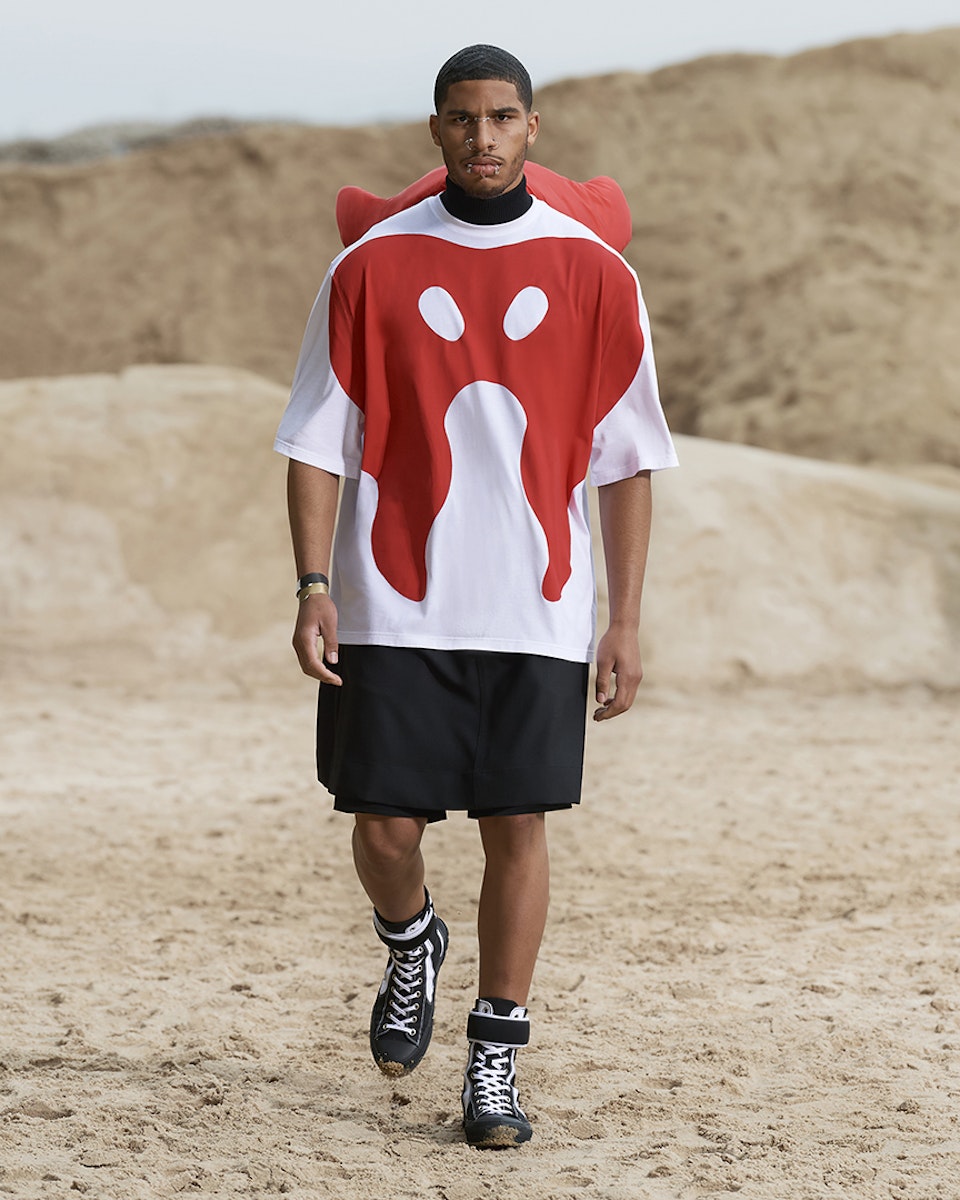 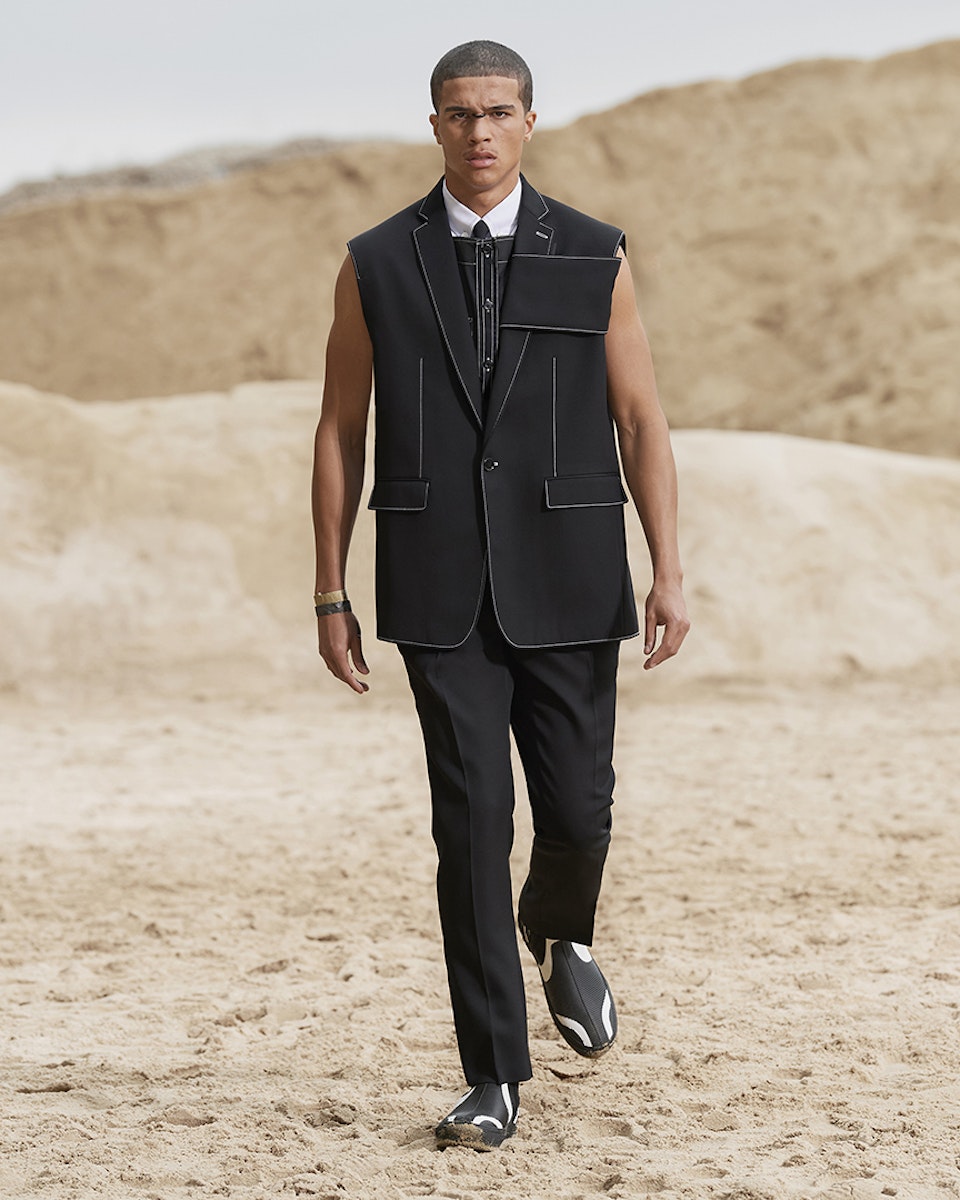 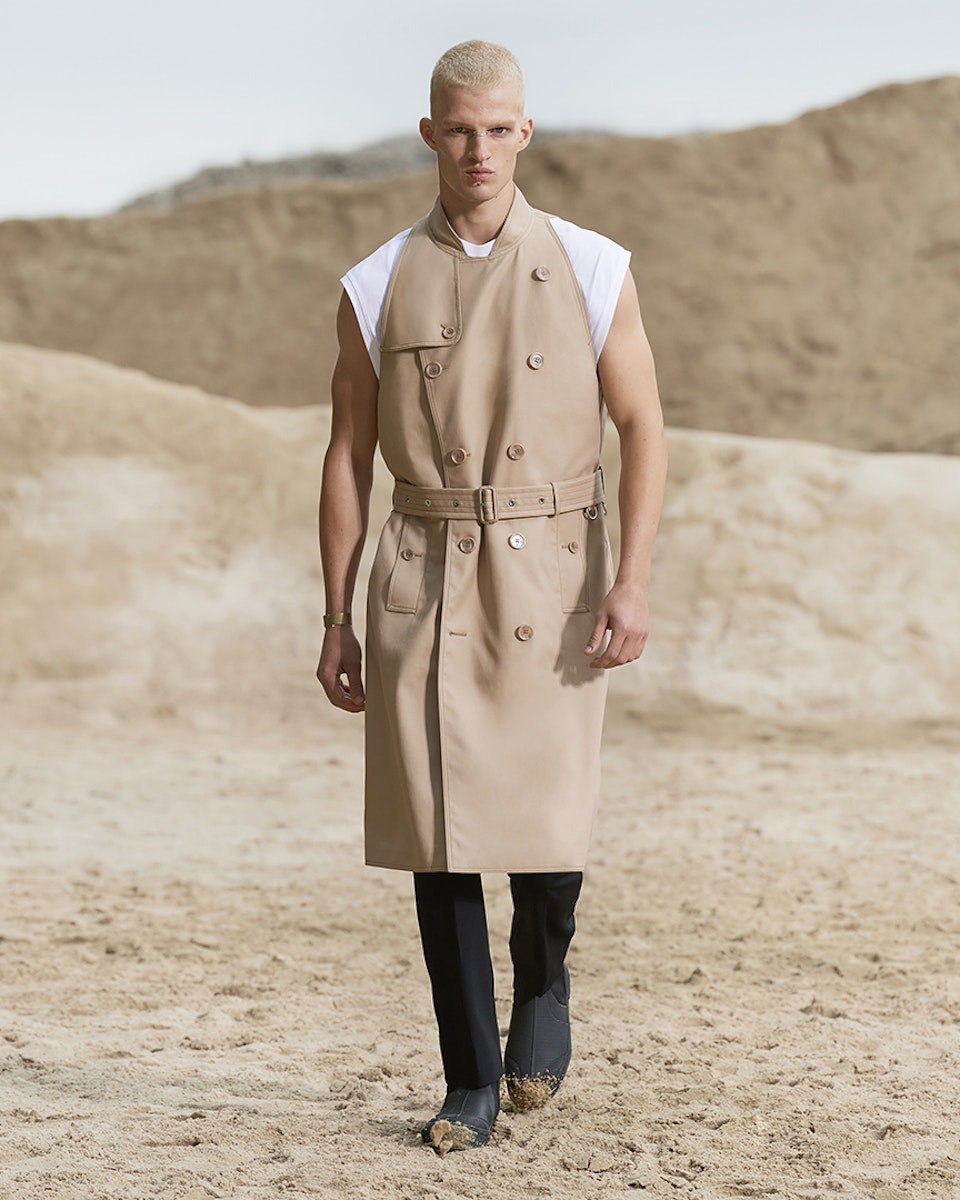 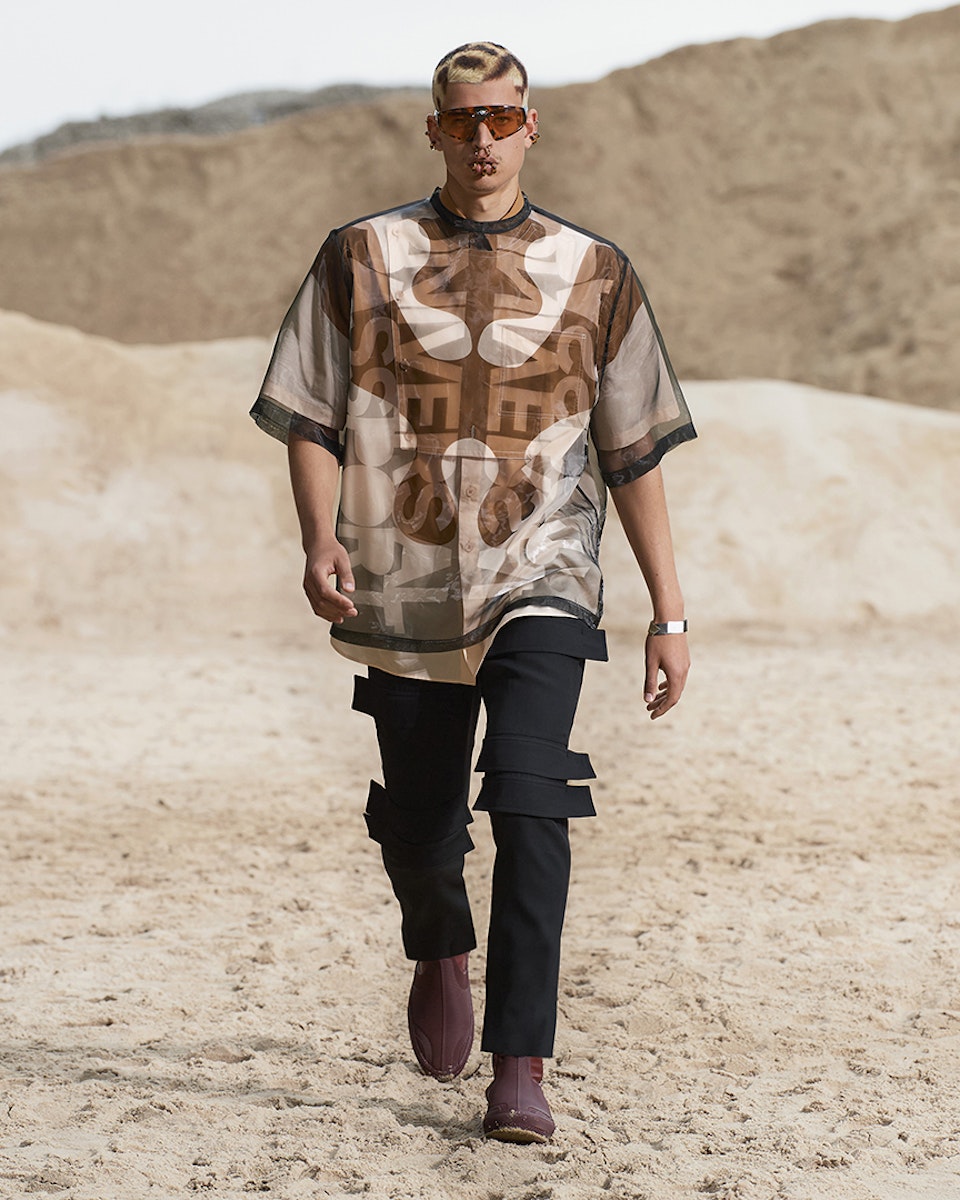 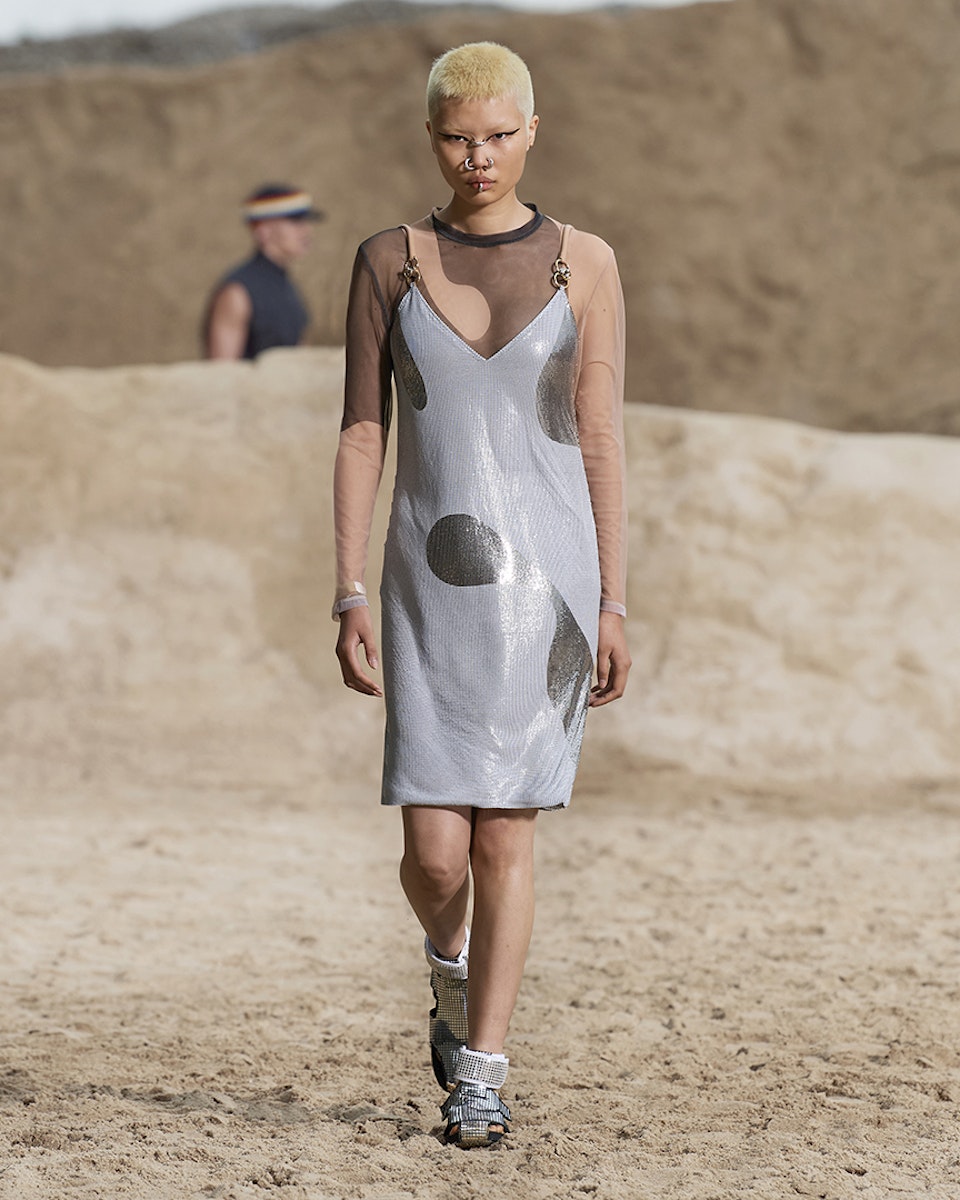 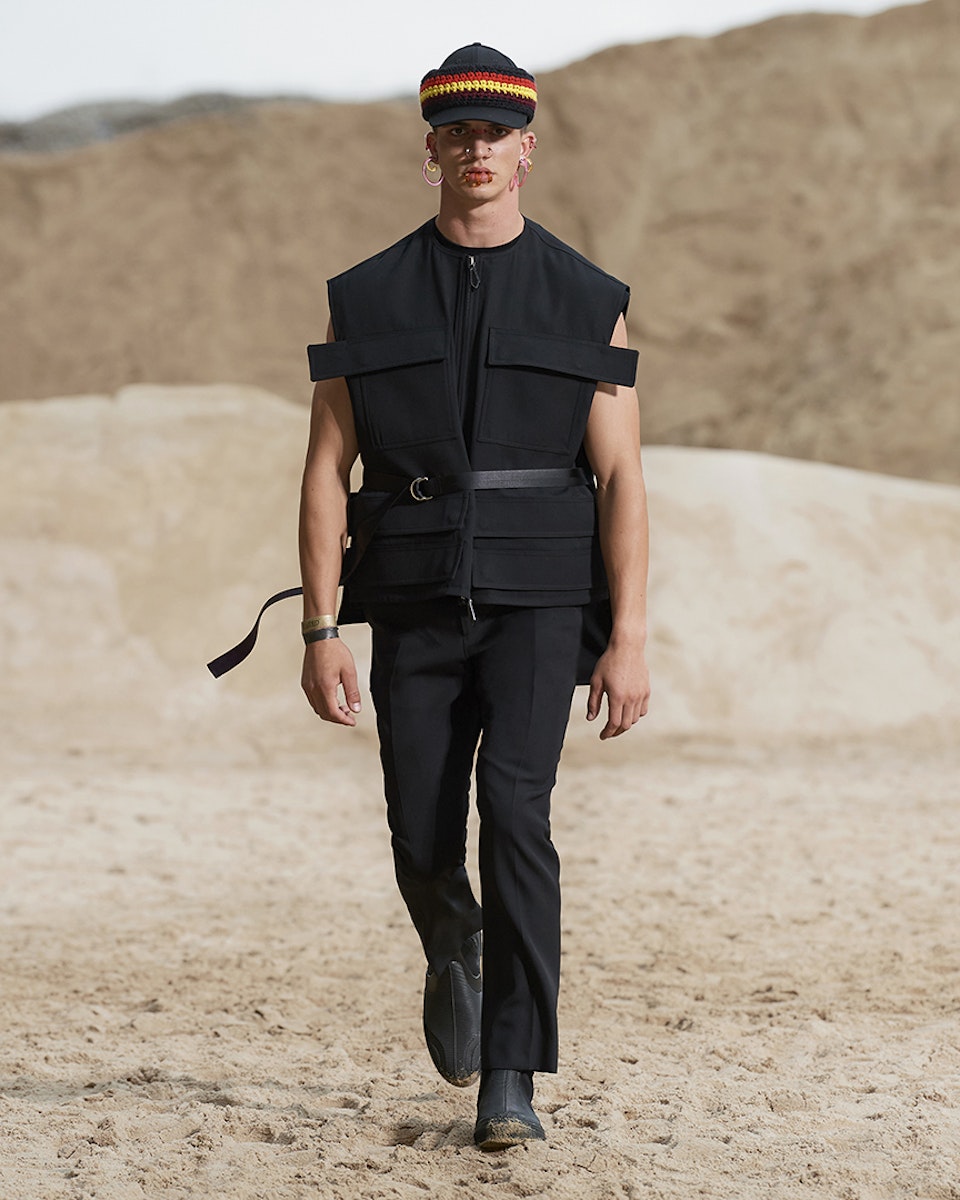 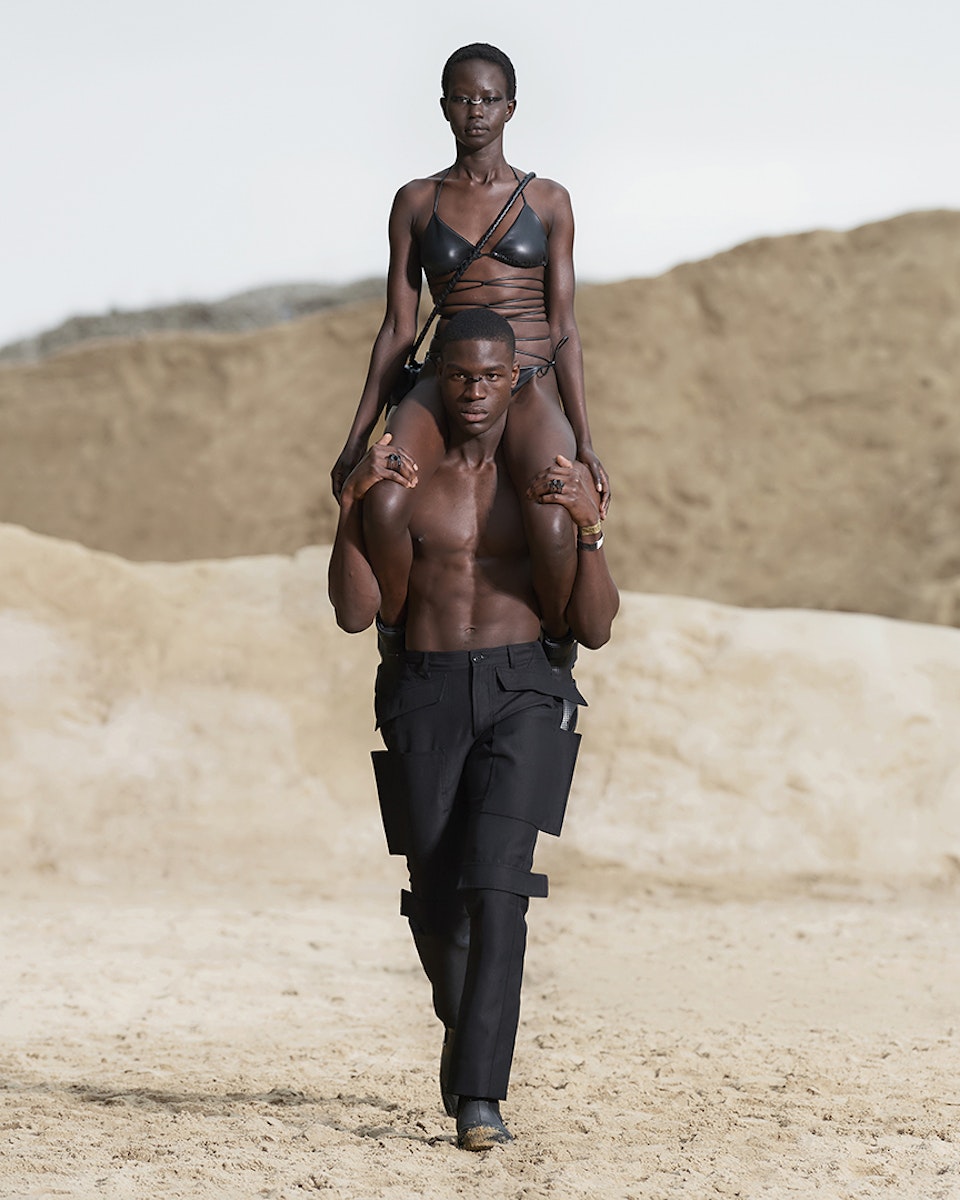 Faux piercings covered the noses and lips of models (notably on Joan Smalls, who made a cameo while being carried on the shoulders of a shirtless hunk, naturally) while the fabric du jour was leather, coming in everything from halterneck tank-tops to hoodies and trousers with cargo pant pocket tabs that fluttered in the wind. The classic gabardine trench coat was sliced across the clavicles to resemble something more like an apron, while subtle homage to the house tartan was paid via a series of looks that featured sheer overlays in abstract prints. 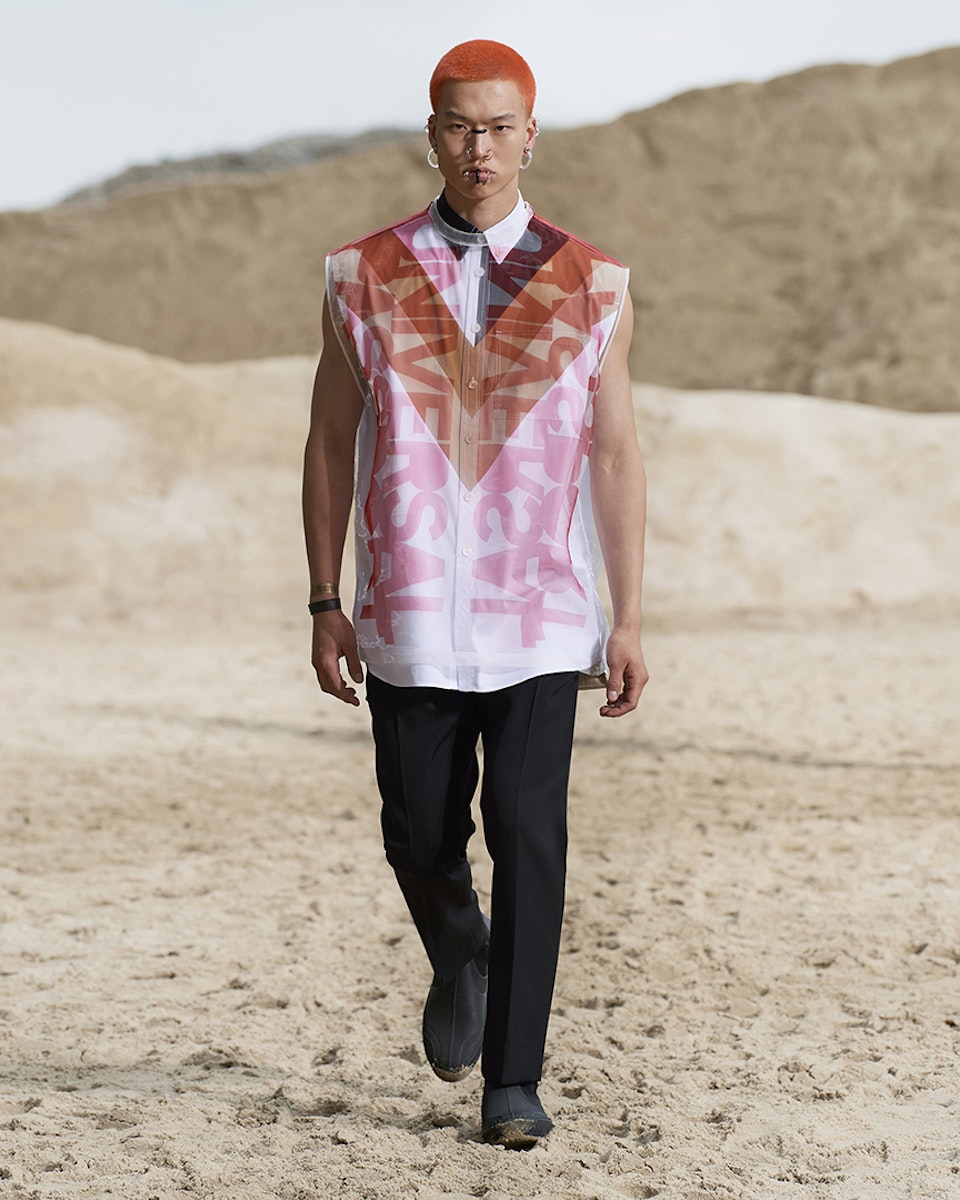 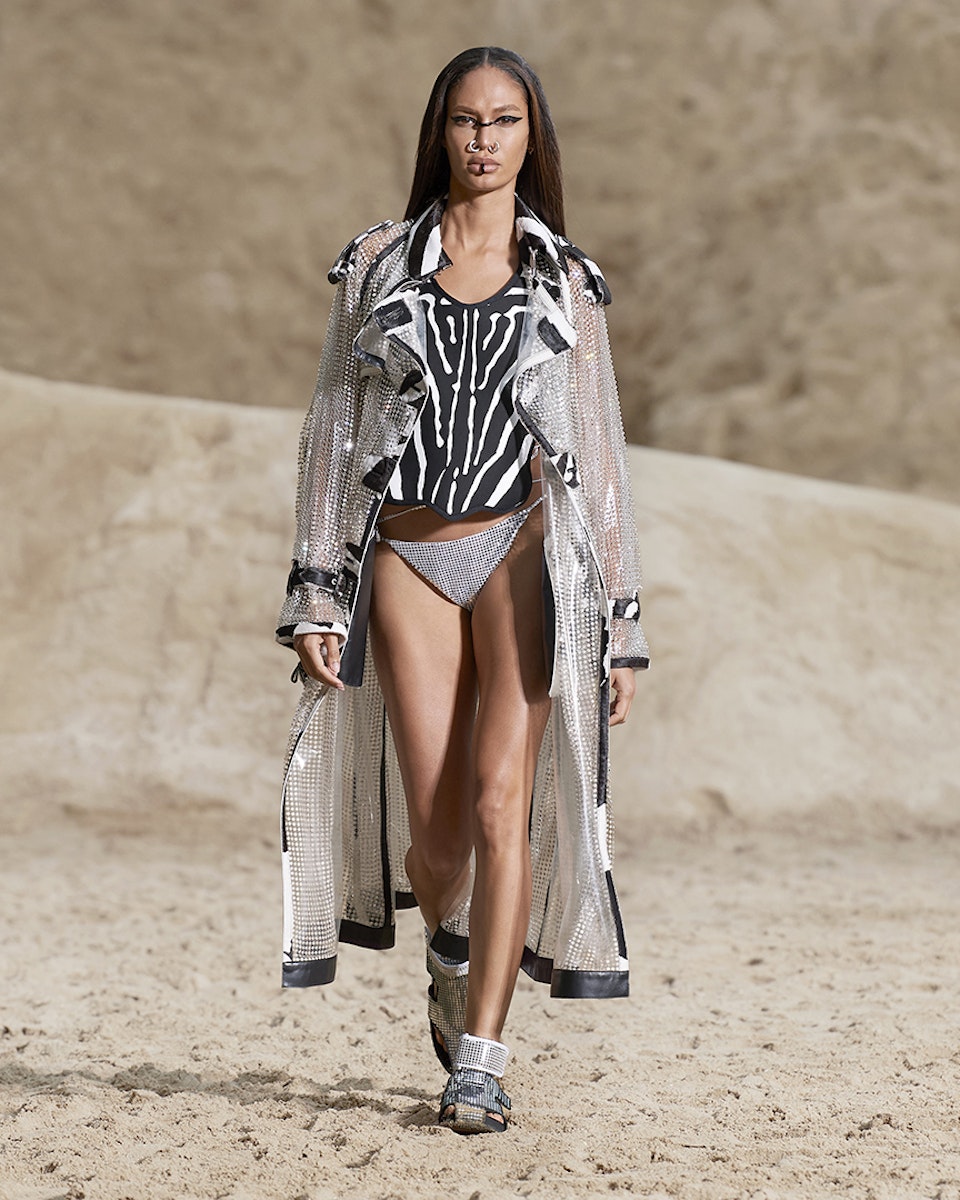 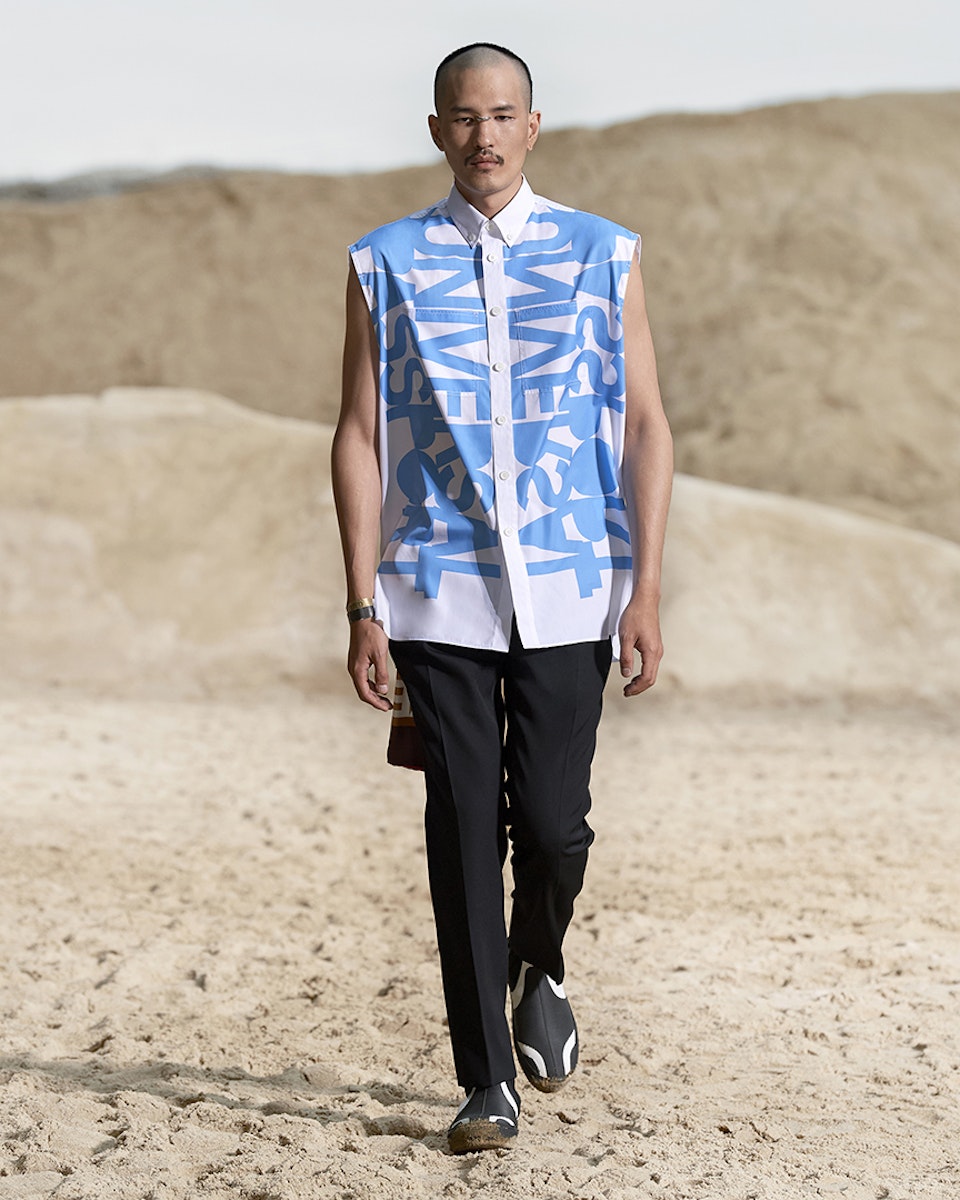 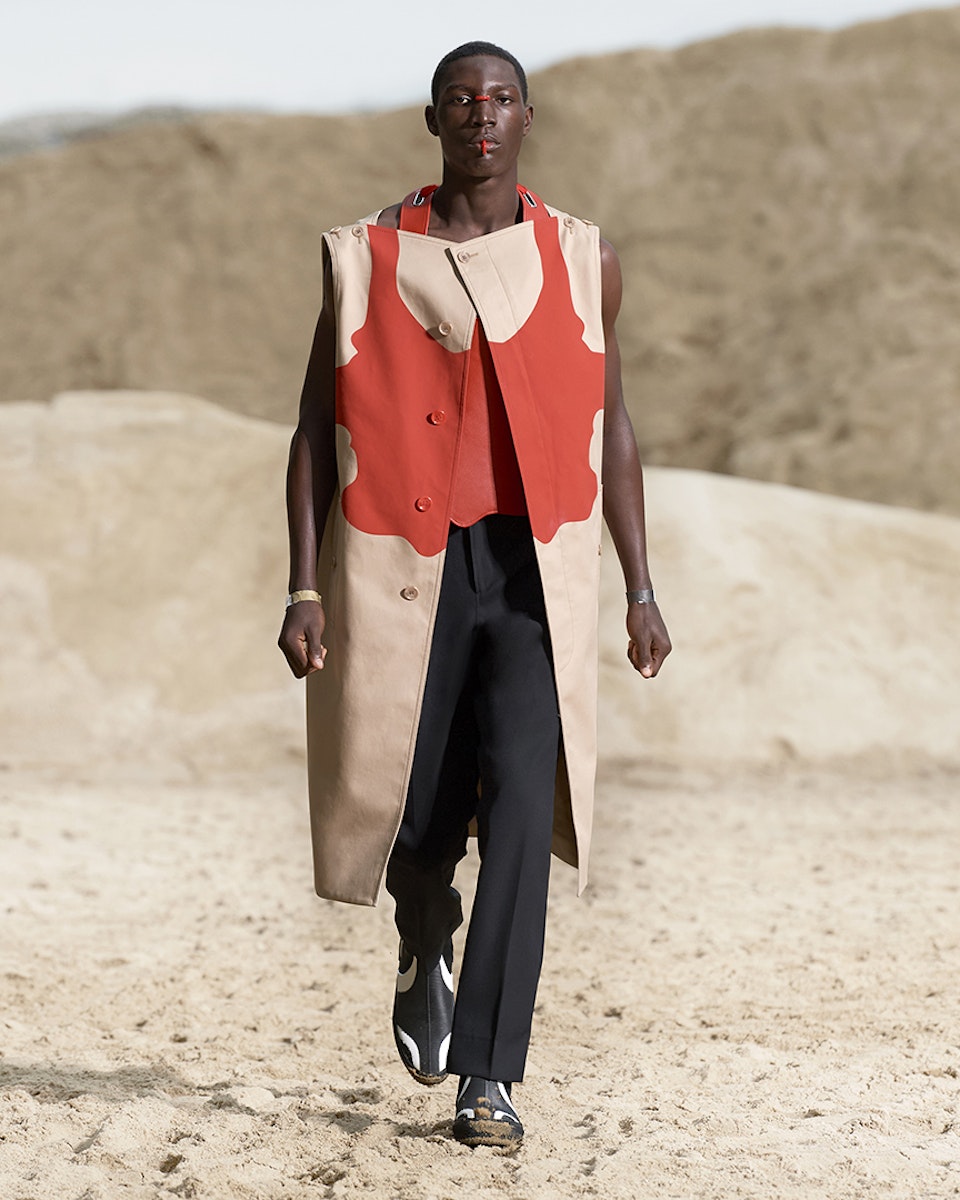 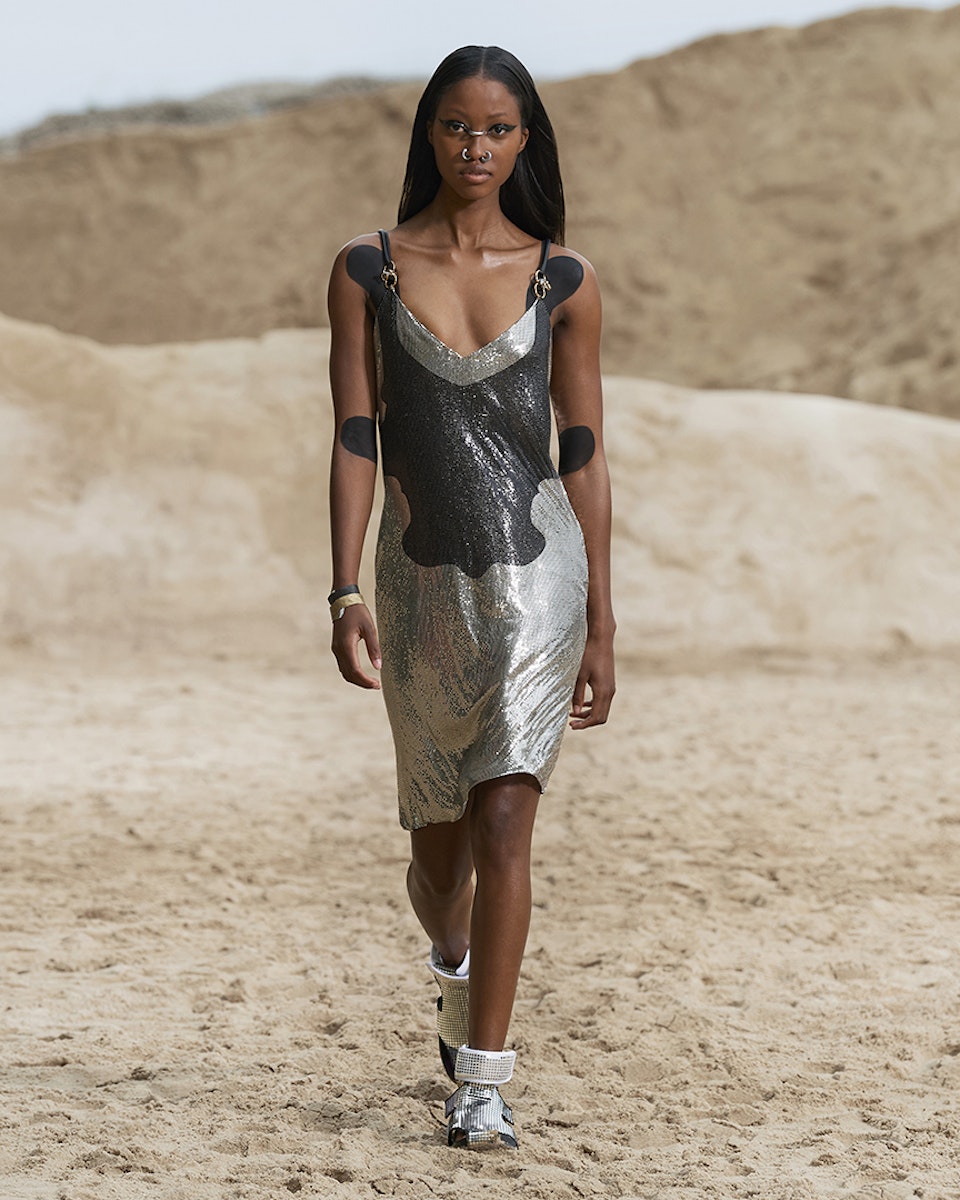 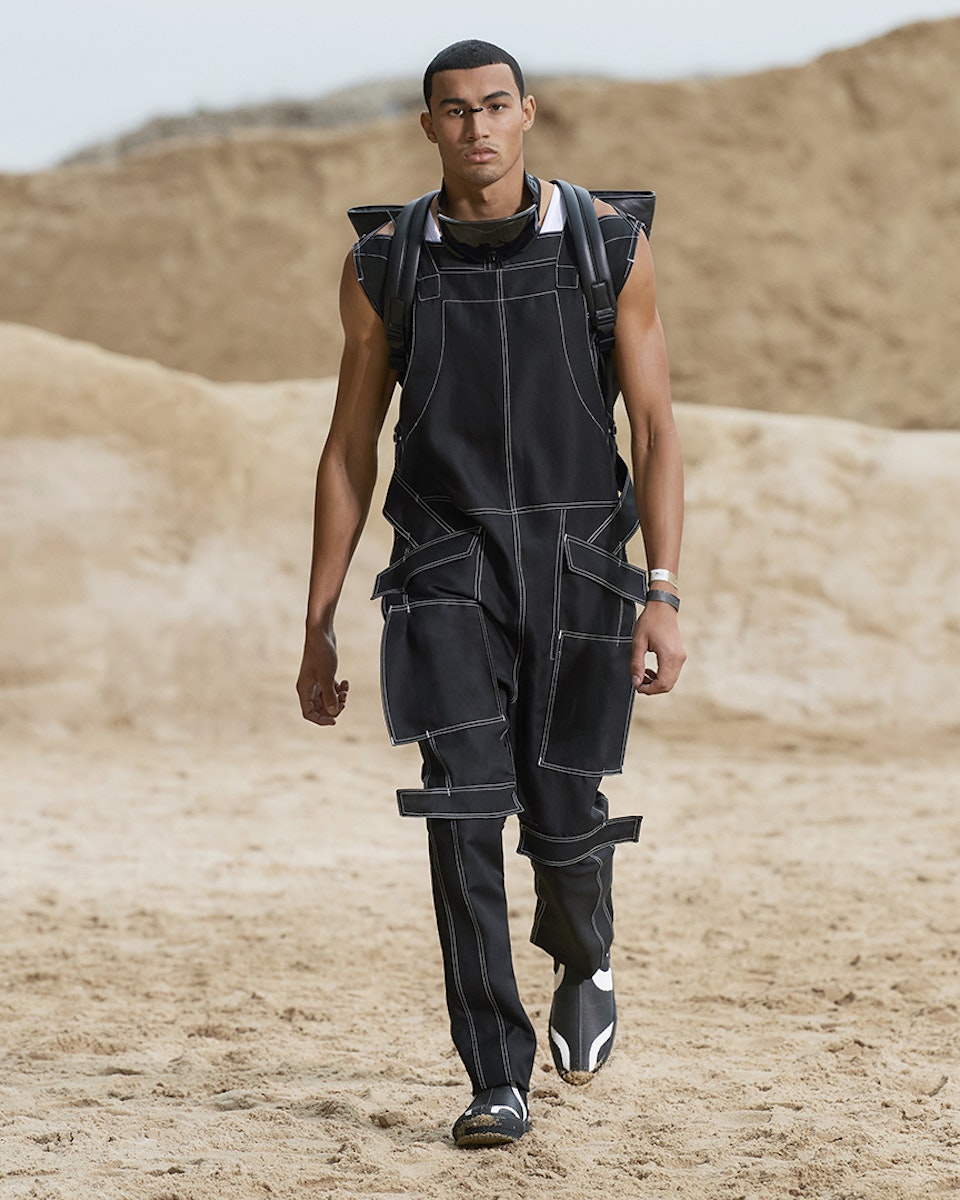 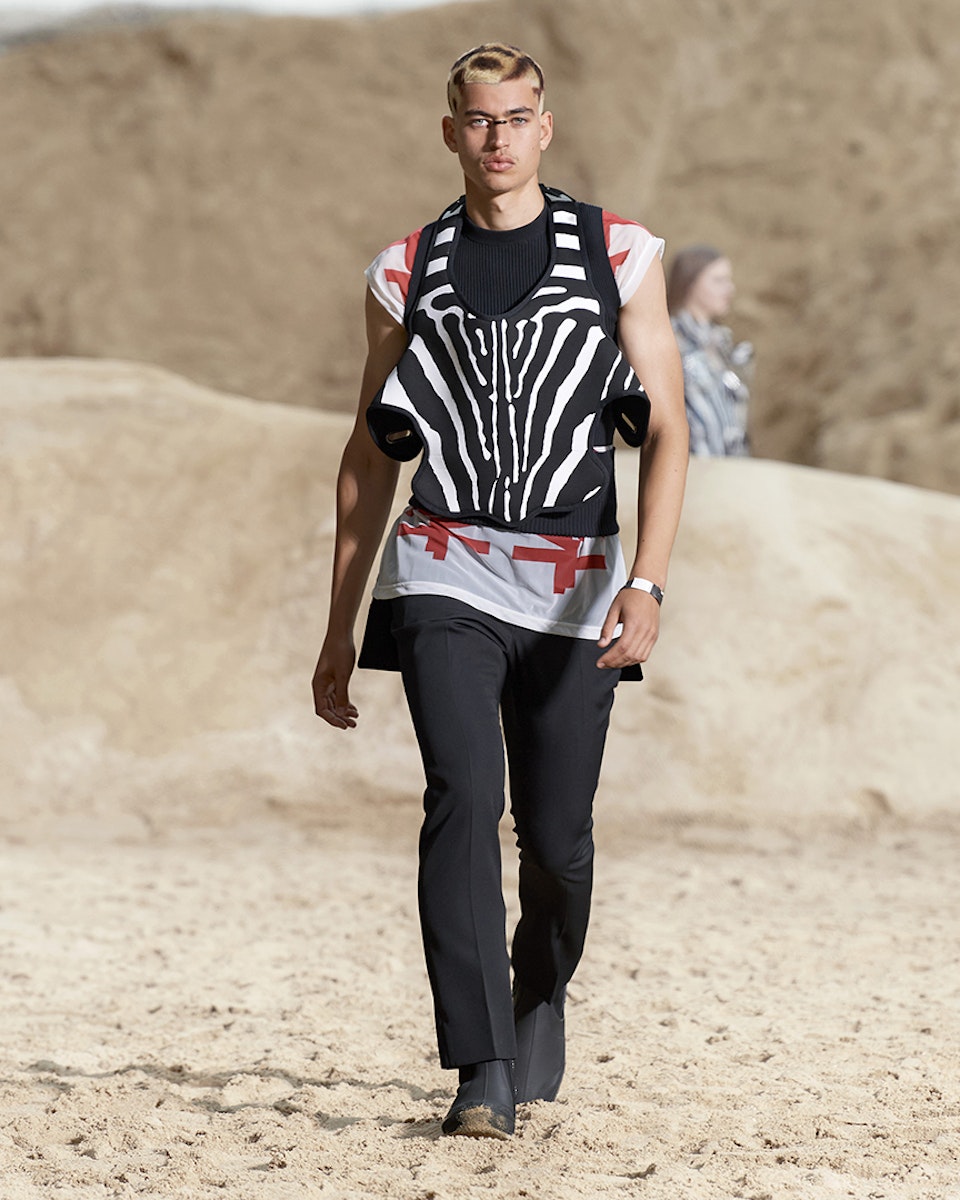 This sense of freedom through music and motion dovetailed neatly with the collection’s name, which was simply ​“Universal Passport”. That’s of a piece with previous messaging. In past collections, Tisci has never shied away from including coded political references to the dangerous myopia of closing borders, whether through a parachute-like Union Jack cape or the deliberately bipartite structure of his first shows, which felt like an echo of the stark cultural division of the country he arrived at in 2018.

As the show continued, and Tisci’s models danced to the thumping beat of Shpongle’s Strange Planet with bacchanalian abandon, it felt less like the end of the world and more like the beginning. Perfectly timed for the return of nightlife, these were clothes as utilitarian as they were unfussy. And when those lights do come back up again, you can be sure Tisci’s army of ravers will be the first on the dancefloor.

All images courtesy of Burberry