For a decent night out, you’ll need one part music, one part friends, a splash of style and a dash of midnight mystery. Mix it all up and you’ve got yourself a saucy weekend bender. Amongst the sounds, snogs and smoking area chats, sartorial trends are born on the dancefloor, where youth show off their latest Depop finds, trade hot tips and turn a few heads.

Stood in the centre of the hubbub with his iPhone pointed at the torsos of revellers is Yis Kid. He’s a London-based photographer whose latest photo project, Faceless Techno, takes aim at clubbers from the shoulders down.

“People who go to a techno party aren’t the type of people who want a portrait photo,” he explains of the thinking behind his headless images. ​“Usually, most people in the techno scene prefer to remain anonymous. It makes them feel more comfortable to fully express themselves in terms of aesthetics, and be more playful with their identity.”

The photos, riffing on the hedonistic digital camera-style of indie sleaze, were partly influenced by Exactitudes, the photo project established in 1994 that documents subcultures and stereotypes in near-identical poses, compiled in A4 grids. ​“I’m mostly inspired by people and how we behave,” Yis Kid says. ​“Each person is a different world, with their thoughts, way of being, their small details and gestures… It’s fascinating.” 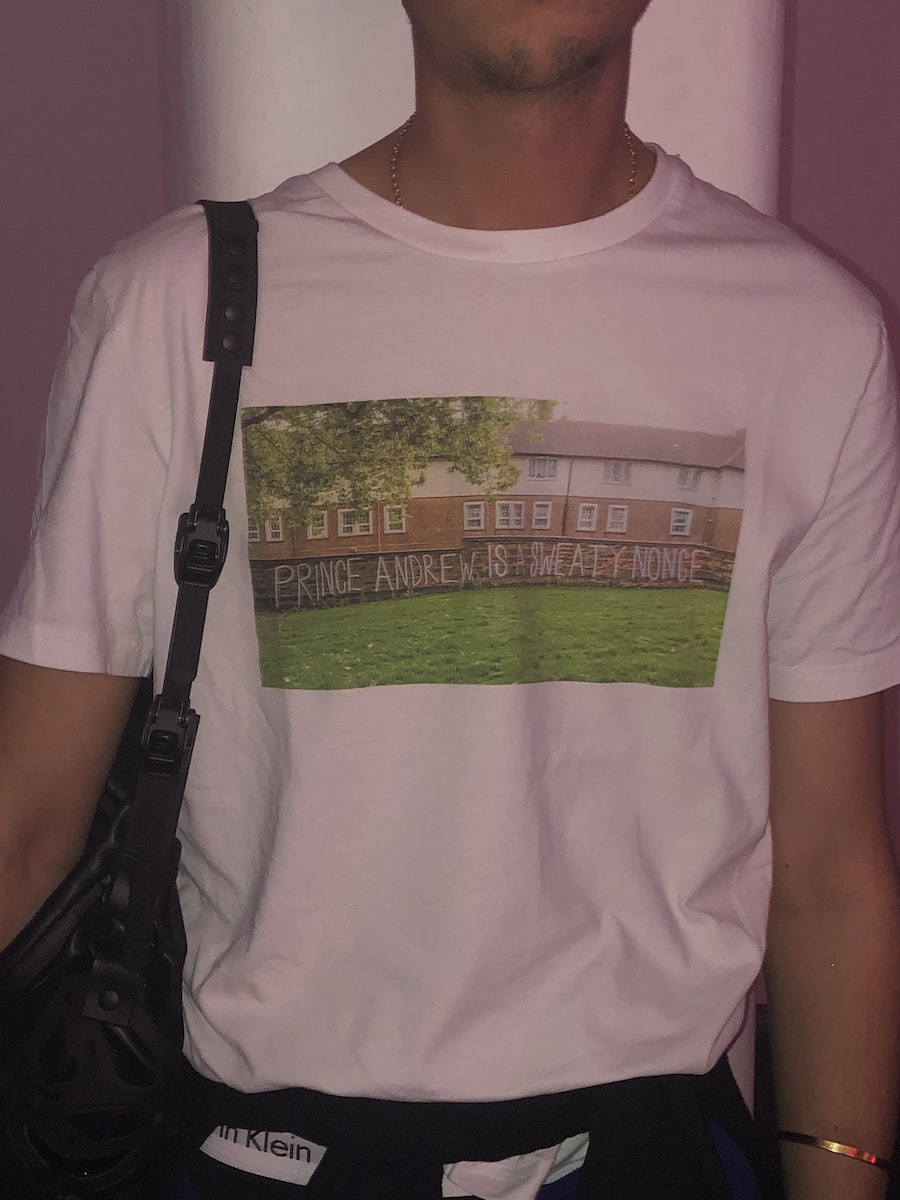 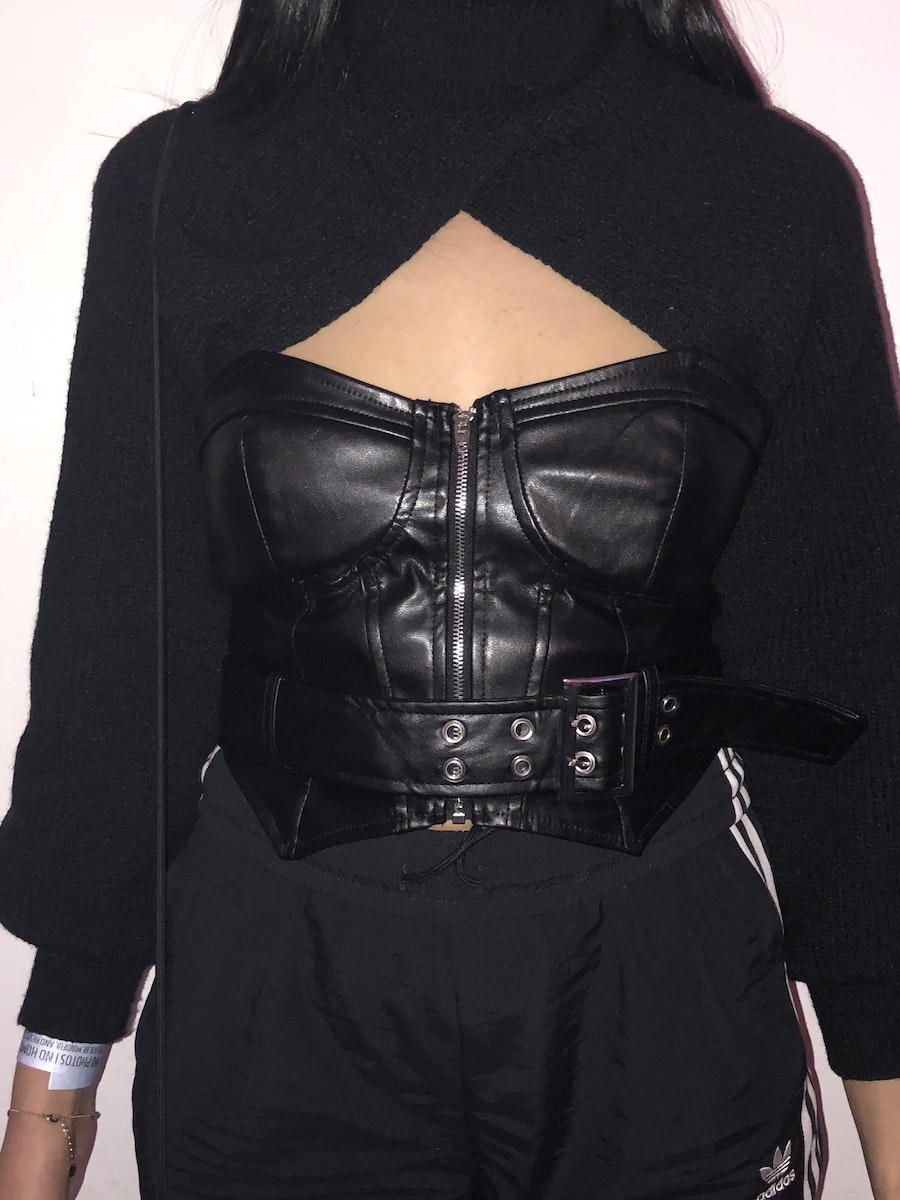 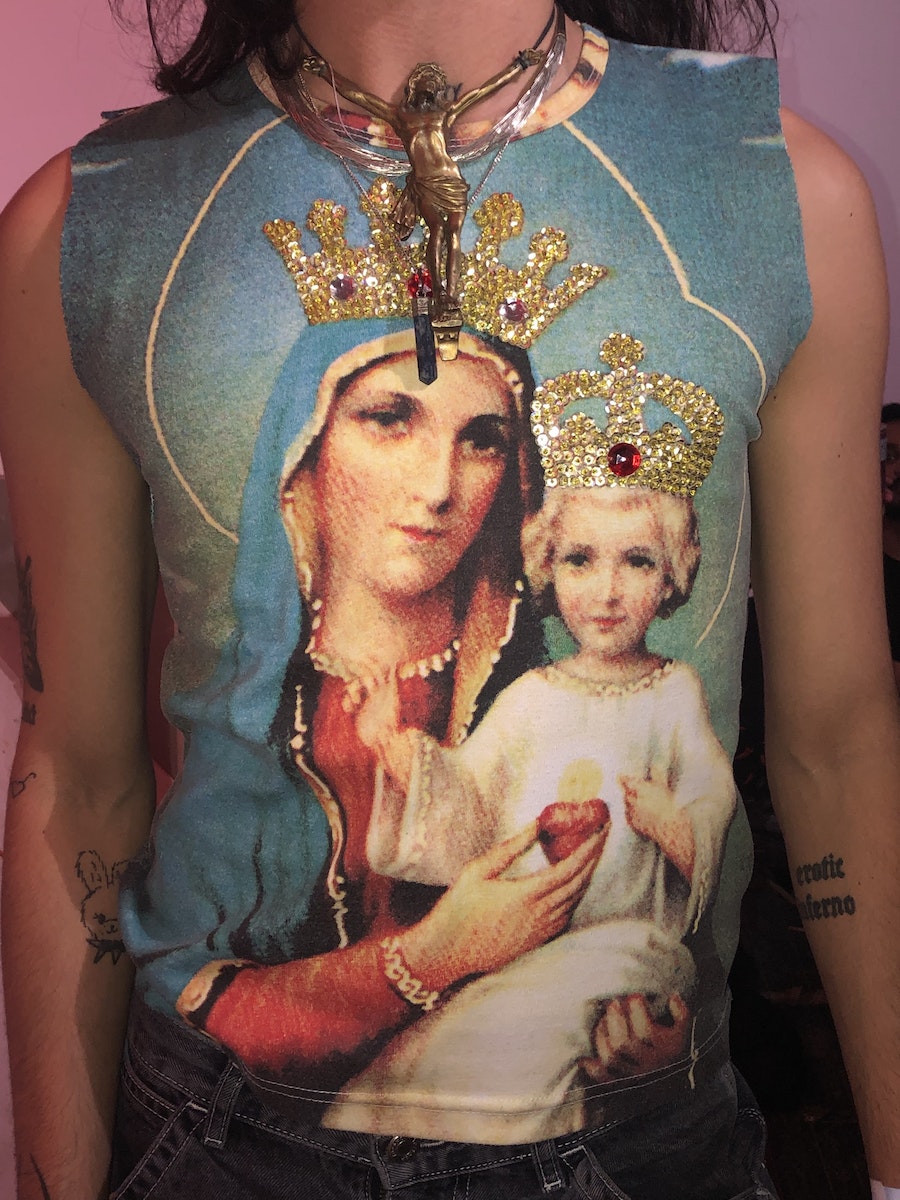 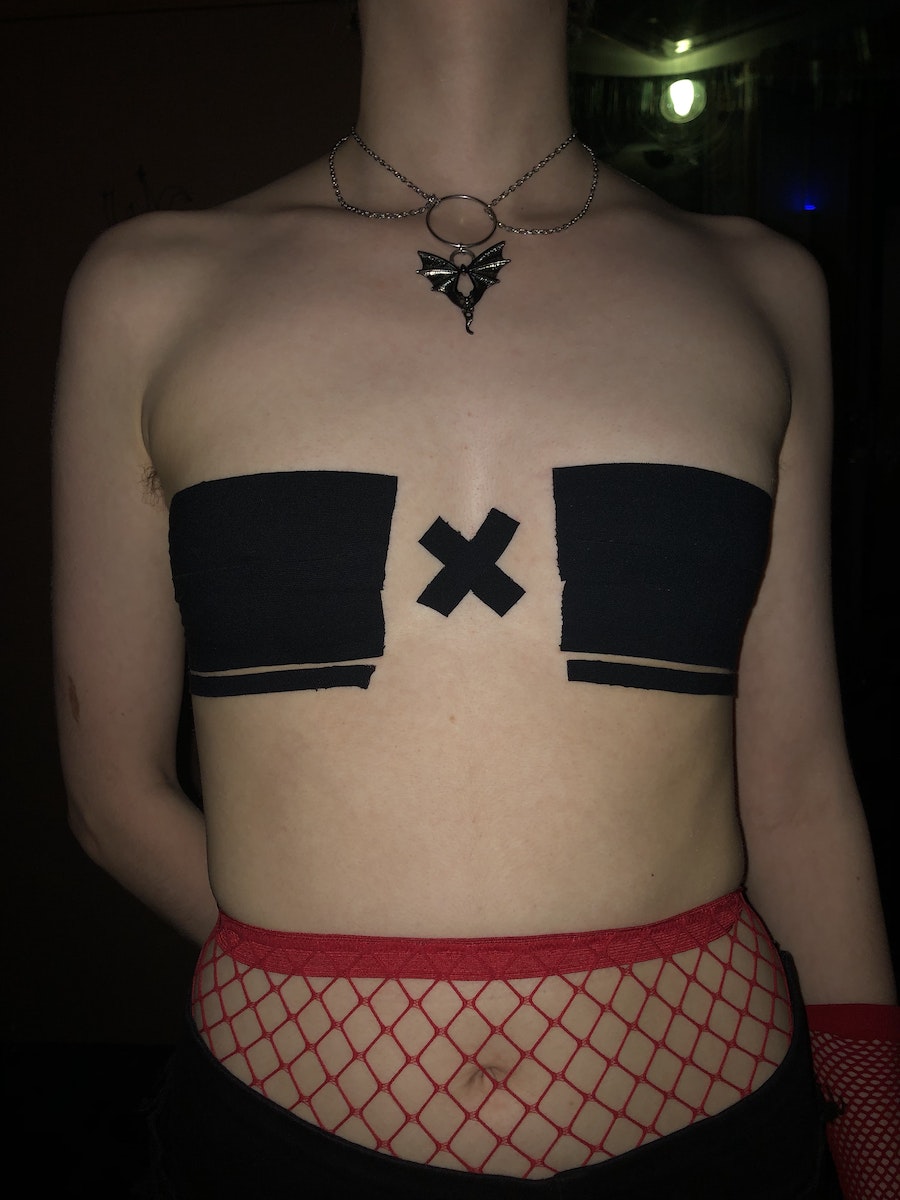 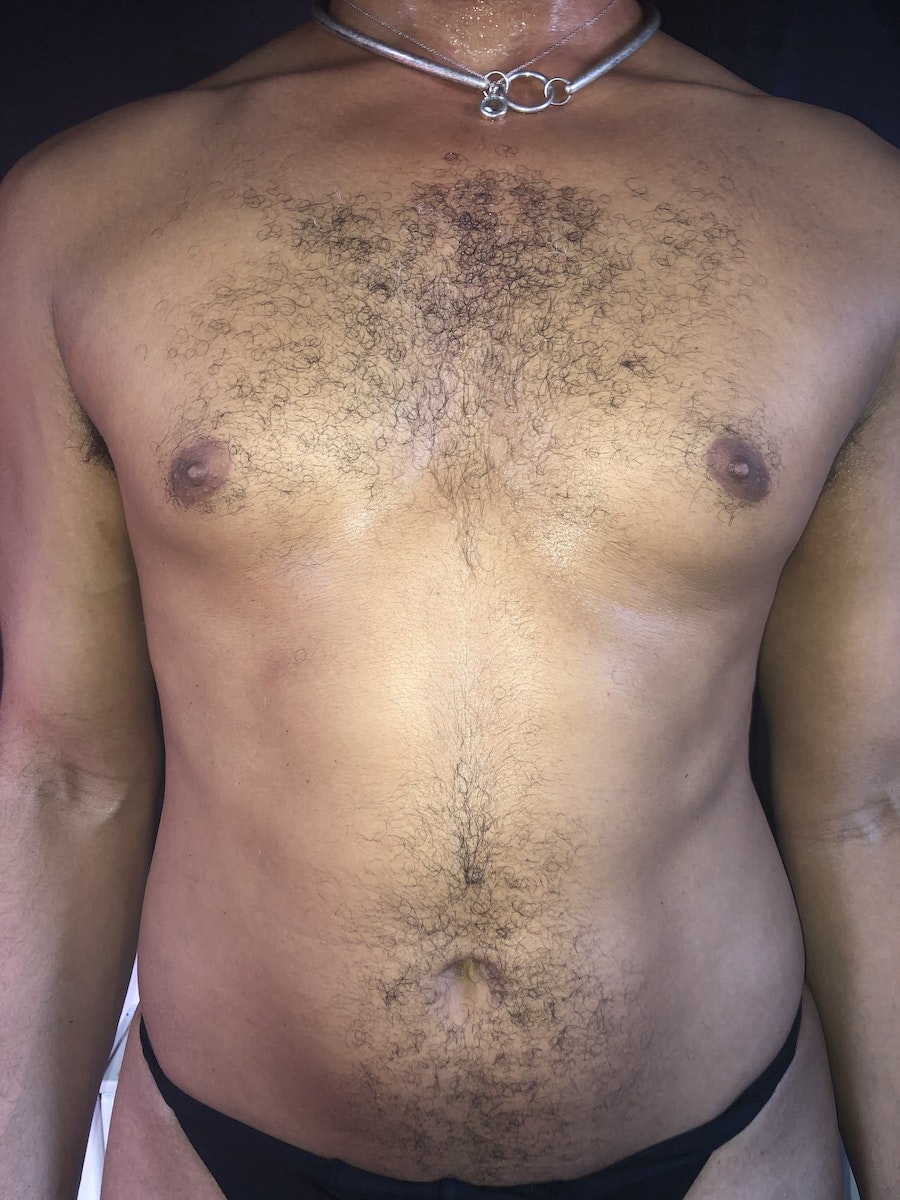 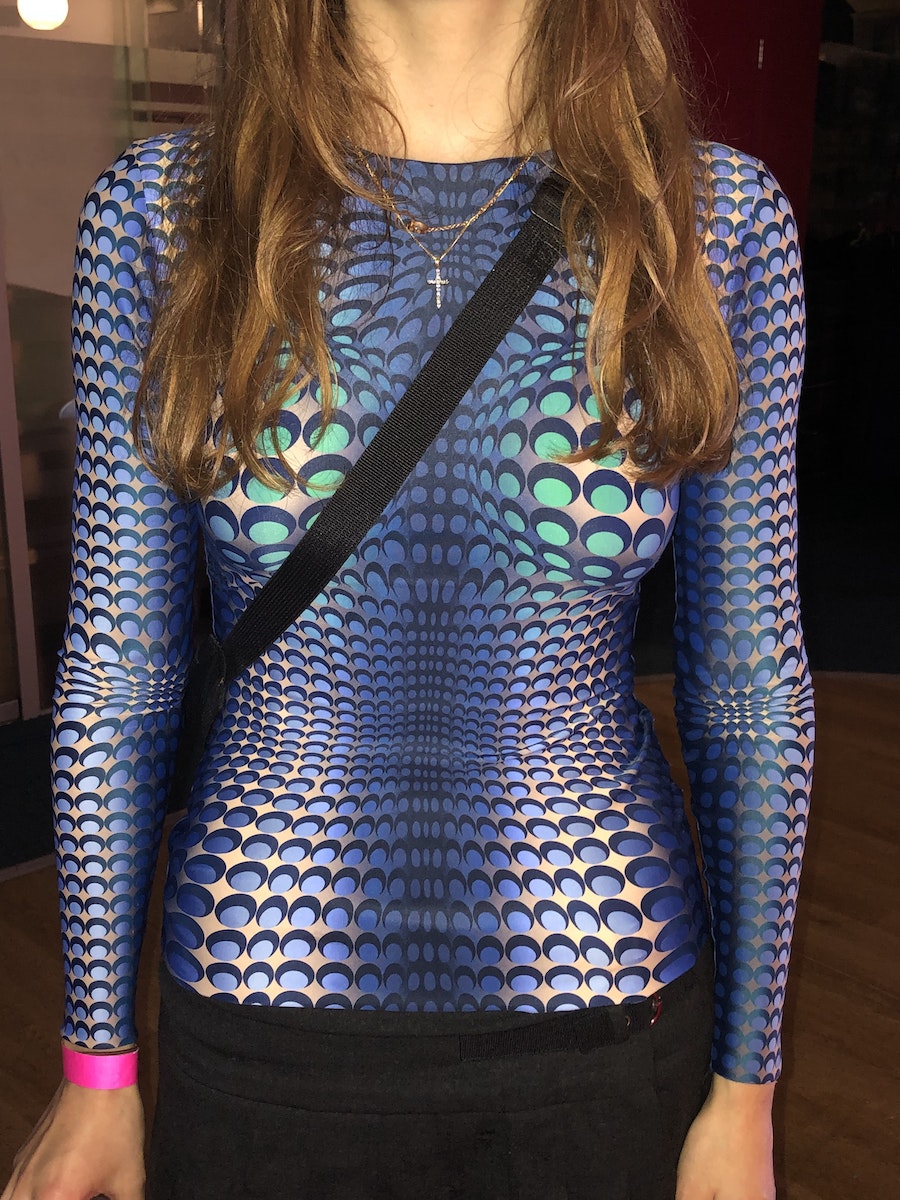 Yis Kid is quick to add that the photos are less about youth style than they are underground culture – which just so happens to involve a lot of, er, youth style. ​“In contrast to mainstream youth culture and style, people in the underground scene dress in ways that deviate from and often run counter to current fashion trends.”

​’Kid’s got a point. It’s not everyday you see a top made of paint, eh? But a lot of the styles he’s captured are, on the whole, reflective of the under-25 partiers lining London’s high streets. Compared to, say, a decade ago when the Y2K resurgence started picking up, youth are now indulging in fluorescent eyeshadow, skin on show and boys in skirts.

“The way of dressing is a reflection of the attitude,” he says. ​“People use fashion as a way to rebel against social conventions, rejecting long-accepted fashions or styles.”

Calling London’s underground techno community ​“one big family,” the photographer is keen to point out that the scene isn’t exclusive – irregardless of your threads or, presumably, moves. ​“Everyone is welcome as long as they respect others,” he says.

But, like other nightlife scenes (last year, around 10 UK clubs closed each month), the capital’s is suffering from venue closures and high ticket prices. This is partly a pandemic hangover, but also due to a cost-of-living crisis that’s forcing pubs and clubs to hike prices up to stay afloat, or close altogether due to insurmountable costs.

“Here in London the only club I regularly go to is Fold,” says Yis Kid of the East London venue. ​“It’s the only one that meets my expectations of what an ​‘authentic’ techno club and community is.”

And when we lose clubs, we lose more than a party destination. Like all great nightlife, there’s a point to the hedonism. As Yis Kid puts, if we do say so ourselves, beautifully: ​“People feel free in these spaces when they cannot in their day-to-day life.”