Whatever Paul Herrmann does, it’s always personal. Looking at the filmmaker and director’s work for the first time feels like a mash-up of oddly wonderful, very normal memories: having a good time with pals, keeping it real, dancing, drinking and causing chaos. ​“I think people can identify a lot with what they see in my work because, in the end, all I do is capture the moment,” says Berlin-based Paul, who started out shooting skate videos of his friends on a small VHS camera.

According to the 22-year-old, skating opened the doors to everything. After his former model agent asked him to shoot a BTS video of models backstage during Paris Fashion Week, the all-rounder took a leap into the industry. Now, four years later, he works with the likes of Prada, Versace and Fendi, who unsurprisingly fell at the feet of his DIY spirit. ​“I taught myself everything,” says Paul, who always has a camera in his backpack ready to take some snapshots.

Though he doesn’t call himself a photographer, he has collected hundreds of photos through his film work while travelling around the world over the last five years. These snapshots have become his debut photo zine, TIME WILL TELL, full of glorious sun-soaked road trips and his mates skating on the busy streets of NYC. ​“It’s a glimpse of my life, my friends, the world around me,” he continues. ​“I hope that through entering my world, you find some sort of connection into yours.”

The Face had a chat with Paul to find out more about the zine and how to stay hopeful for the post-pandemic future. 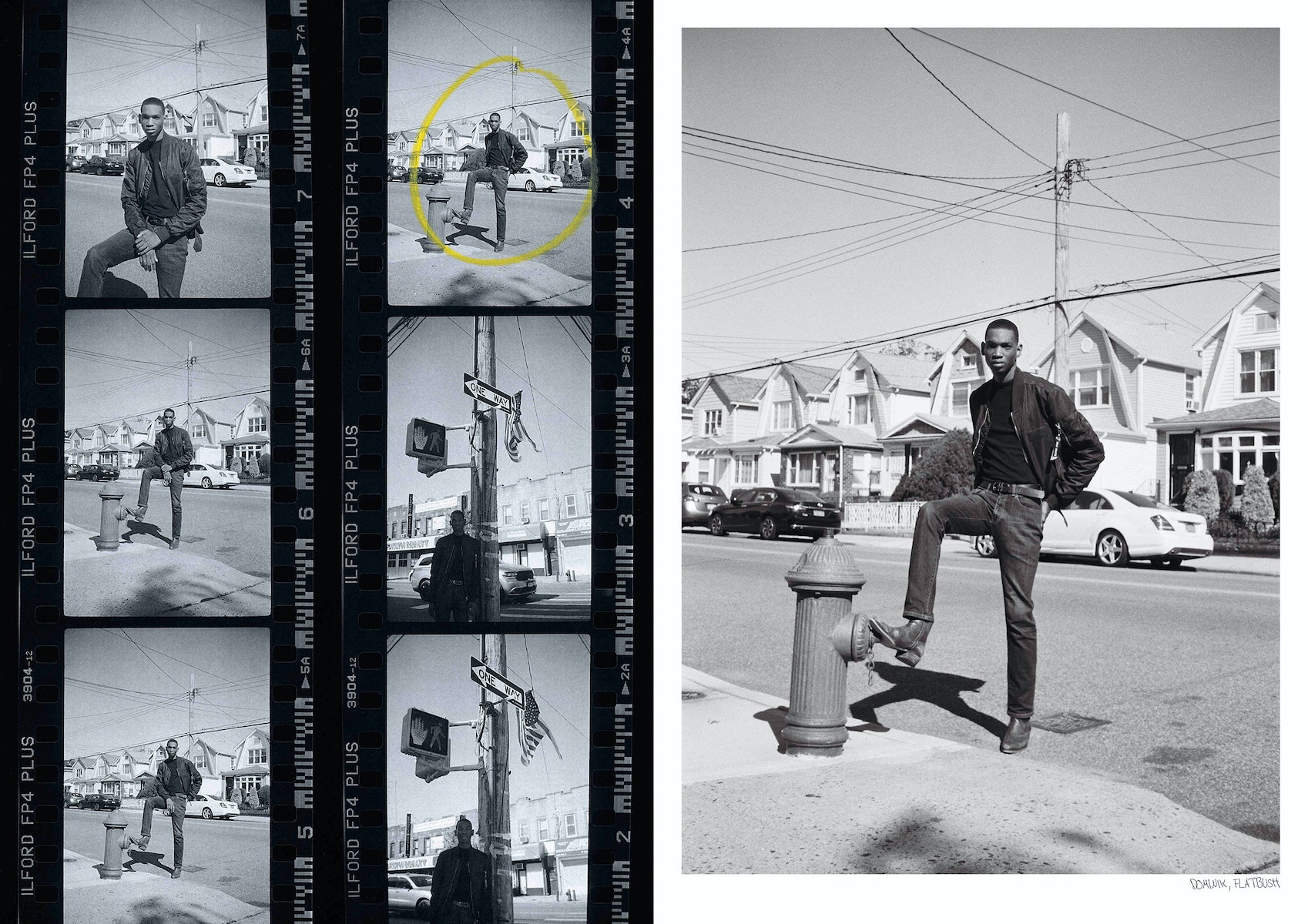 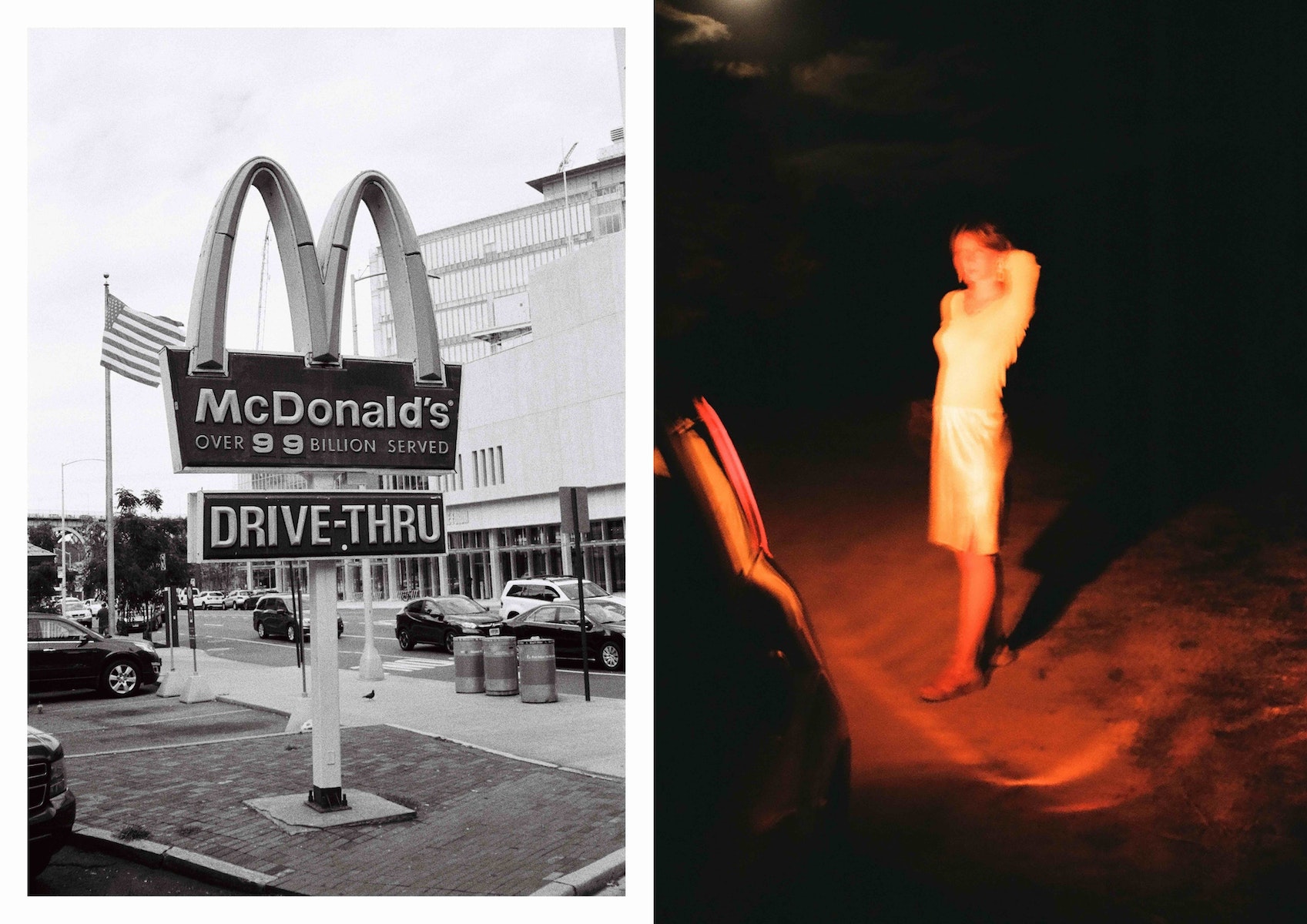 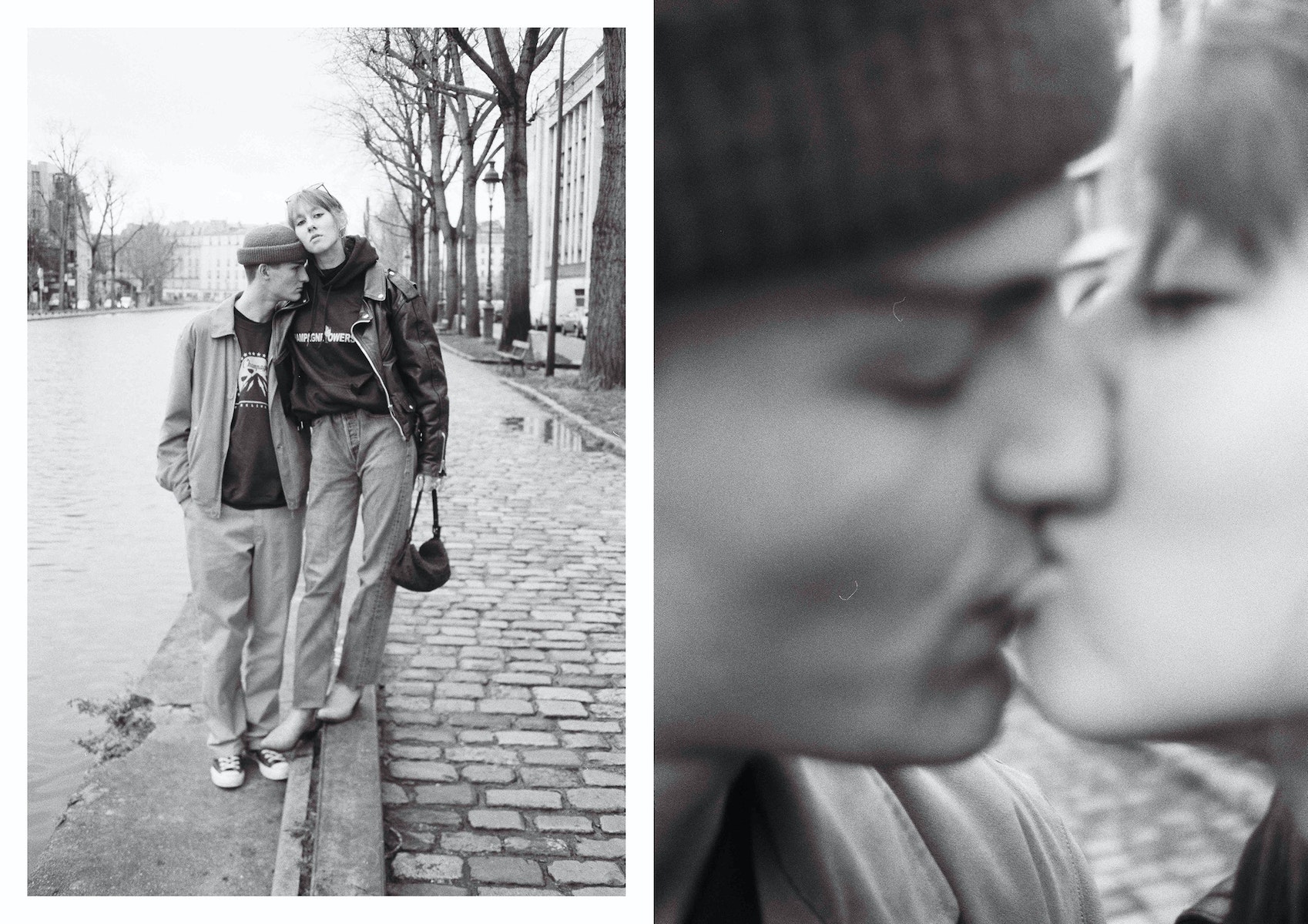 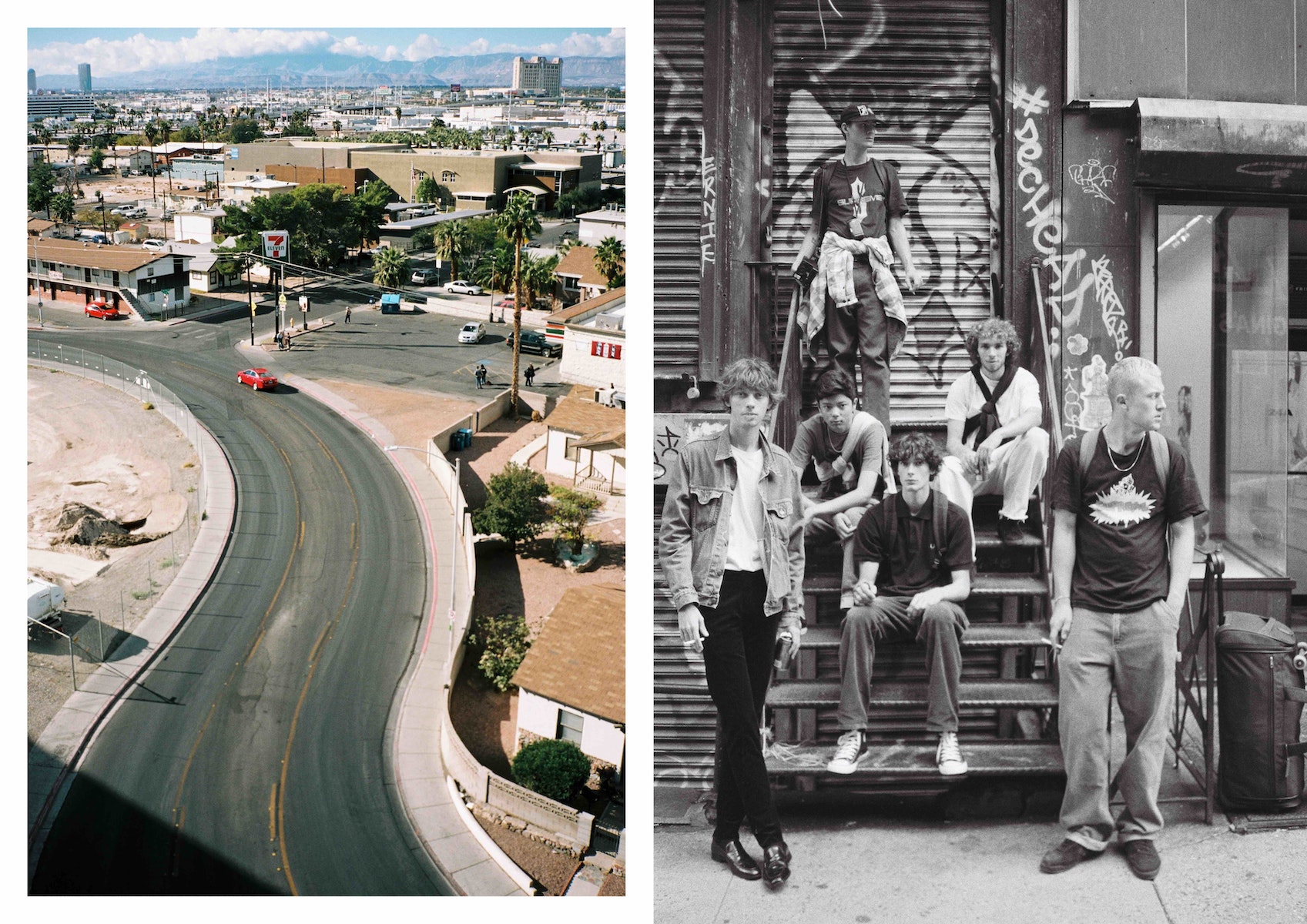 TIME WILL TELL is a collection of memories from the last five years. How did the idea evolve over time?
When I came back from the US at the end of 2018, I already had the dream of publishing a zine, but I knew that I wanted to give it 100 per cent of my focus. I even had a layout back then and already designed about 60 pages. At the beginning of this year, I accidentally found the file again and, due to the pandemic, I finally had time to give it another chance. I still liked a lot of the pages, but also kicked some out to exchange them with new work. I have so many archive photos that I was thinking: if I’m not doing it now, then when [will I]?

When selecting your work, do you go with your gut?
Absolutely! Everything is based on what feels good at that moment. There is no storyline; it’s a big mix-up of things I like. A lot of people in the zine are my friends, and others I just met on my journey or I wrote to them and asked if they want to take some photos together. My work lives from getting out of my comfort zone and surrounding myself with new people in new places. In the end, that’s what also limited the selection, as it’s all about the memories of the photos. Every single one takes me back to the moment and has a special meaning.

If you could go back in time to one photo from the book, what would it be?
One of the coolest photos is quite unremarkable. It’s a black and white photo of my friend Anton featured in a small collage. We drove up Highway 1 from L.A. to San Francisco and stopped at one point when we saw these massive canyons in front of us. We got out of the car and were like, ​“Where the fuck are we?” There was literally no one around us – just the canyons, the mountains and us, right in the middle of nowhere. I have probably never felt further away from home. 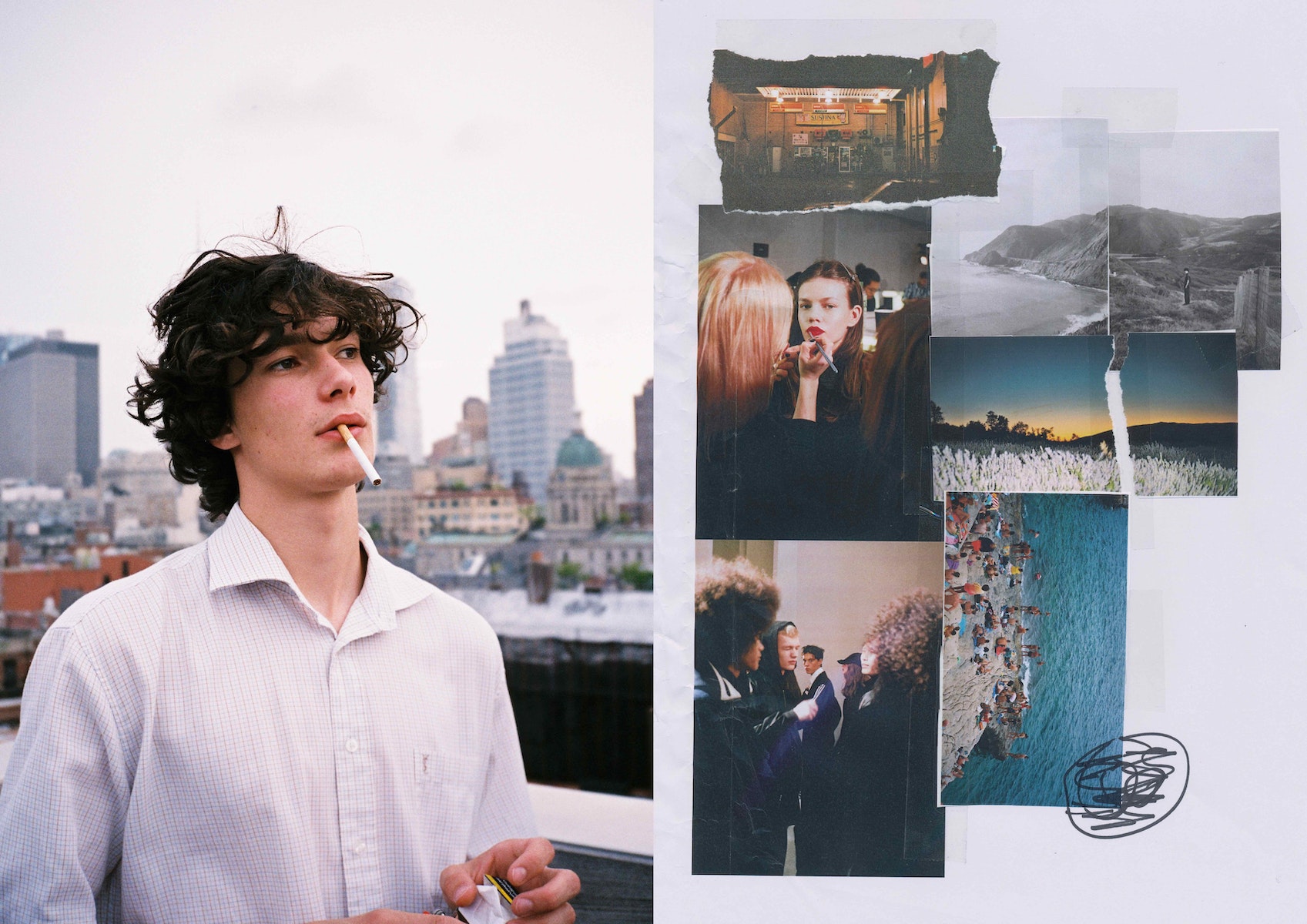 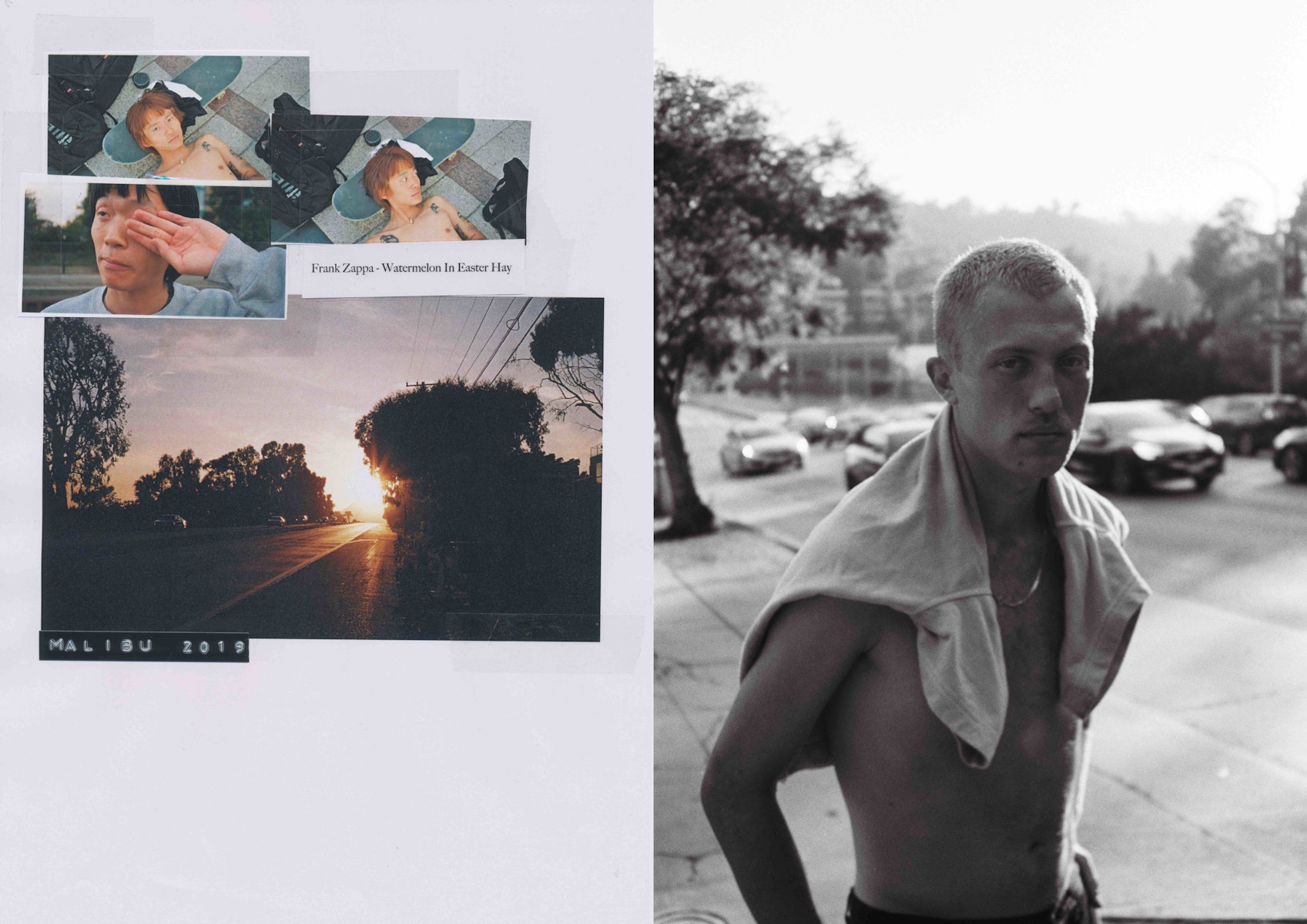 Your friends are always the main characters in your work. What does friendship mean to you?
Friendship means trust. You see it in the photo if the person in front of the camera trusts the one behind the camera, without having to think about how they look. You achieve the best results when everyone just feels comfortable. I don’t think the concept of friendship has changed for me, but lockdown definitely taught me to be even more grateful for everything I have, including my friends. It also showed what a great tool the internet can be to stay connected. It didn’t matter if your best friend lived two blocks away or if they lived in L.A., because we could only see each other through a screen.

What does TIME WILL TELL mean? Is there a hidden meaning or…
To be honest, I don’t remember how I came up with the title. It just fit my current situation and probably the one everyone’s in right now. You can’t really do anything at the moment, the only thing you can do is to stay hopeful. A lot just happens the way it does and if it doesn’t, there’s also a reason for that. Sometimes you can’t change it and have to take the moment as it comes. Time will tell what’s happening in the future.

In the intro, it says ​“The world probably consists of different faces, places and views, but I’m most certain we feel and strive for the same things.” What do you strive for, Paul?
The most important thing, whatever you do, is to be happy about it. There are always ups and downs in life, but in the end, we should be thankful for everything we have and shouldn’t give up no matter how hard the times. Health, happiness and gratitude, that’s what I’m striving for.