Chris Smalls is a worker. The photoshoots, radio appearances and Tucker Carlson cameos haven’t changed that at all. Smalls, the president of the Amazon Labor Union (ALU) is, first and foremost, a worker among thousands of other workers. But it does take a certain kind of steward to carry the load of leadership in the public eye. Especially when you’re up against the second largest employer in the US.

If you ask Smalls, though, he might tell you, with a kind of methodical certainty: ​“I’m just a worker, I don’t want to be a celebrity like that.”

Smalls is a unique organiser in the midst of a stagnated US labour movement. Since the 1940s, American companies, backed by the government, have squashed the spread of unions. The Taft-Hartley Act of 1947, enacted by a Republican-controlled conservative coalition in Congress, severely restricted organised strikes. In the 1950s, at the movement’s peak, about a third of all workers were unionised. By 2020, that figure had dropped to just over 10 per cent.

Amazon’s aggressive stance against unions has been well documented. The company poured some £3.4 million into the hiring of anti-union consultants last year alone. But with the proliferation of unfair working practices, the growing wage gap and, of course, a deadly virus sweeping through workplaces, many people, from many different industries, are now reconsidering their relationship to work.

Led by Smalls and the ALU, on 1st April this year, workers at an Amazon warehouse in Staten Island, New York, voted yes to forming a union. Since then, the 33-year-old former rapper – he briefly toured with Meek Mill, but packed it all in to enter the workforce and support his three children – has been offering solidarity to workers interested in unionising from more than 50 other Amazon warehouses. He’s even found time to victory-lap the media, popping up on The Daily Show with Trevor Noah and gaining the support of Bernie Sanders and President Biden (“Unions are about, in my view, dignity and respect for people who bust their neck,” Biden told labour leaders in Washington a few days after the victory).

Smalls speaks with a kind of unpretentious poise, knowing that, at the heart of it, the message of the movement must take priority over seeming to be the smartest or loudest person in the room. His only interest is in building the power of workers everywhere. 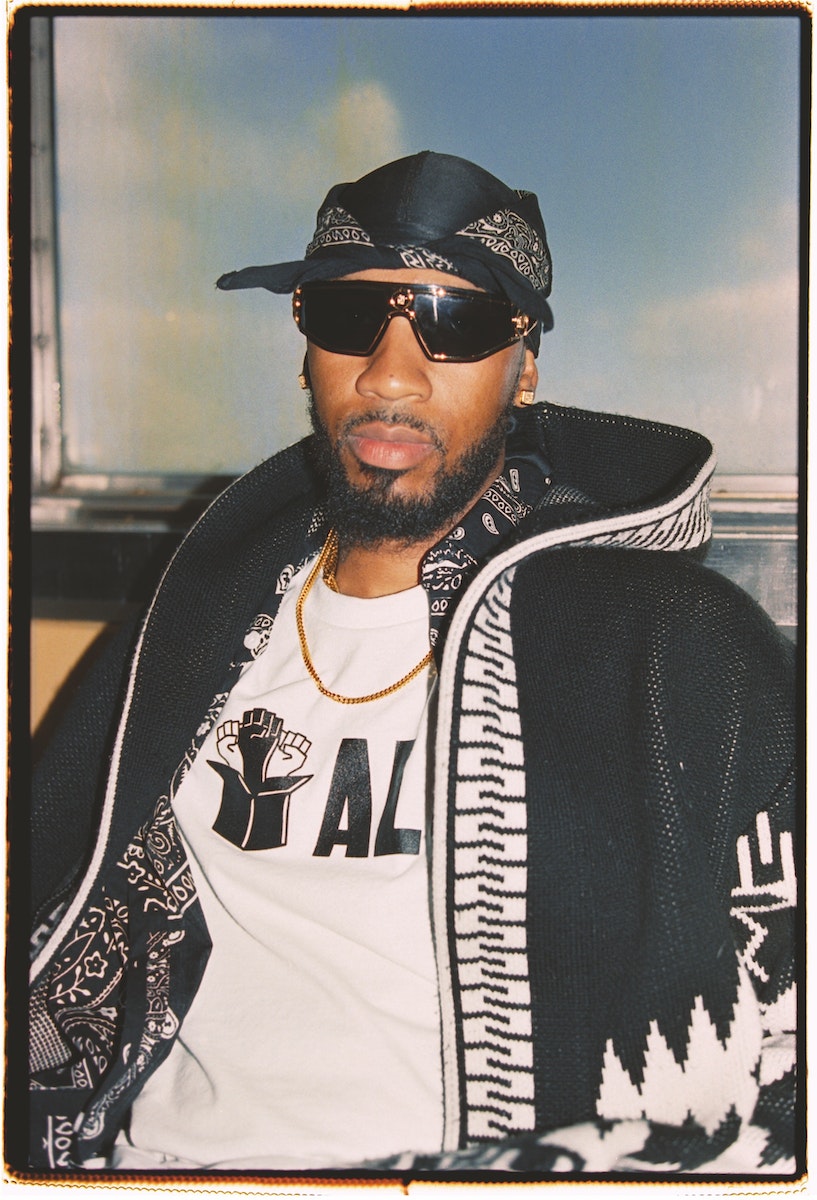 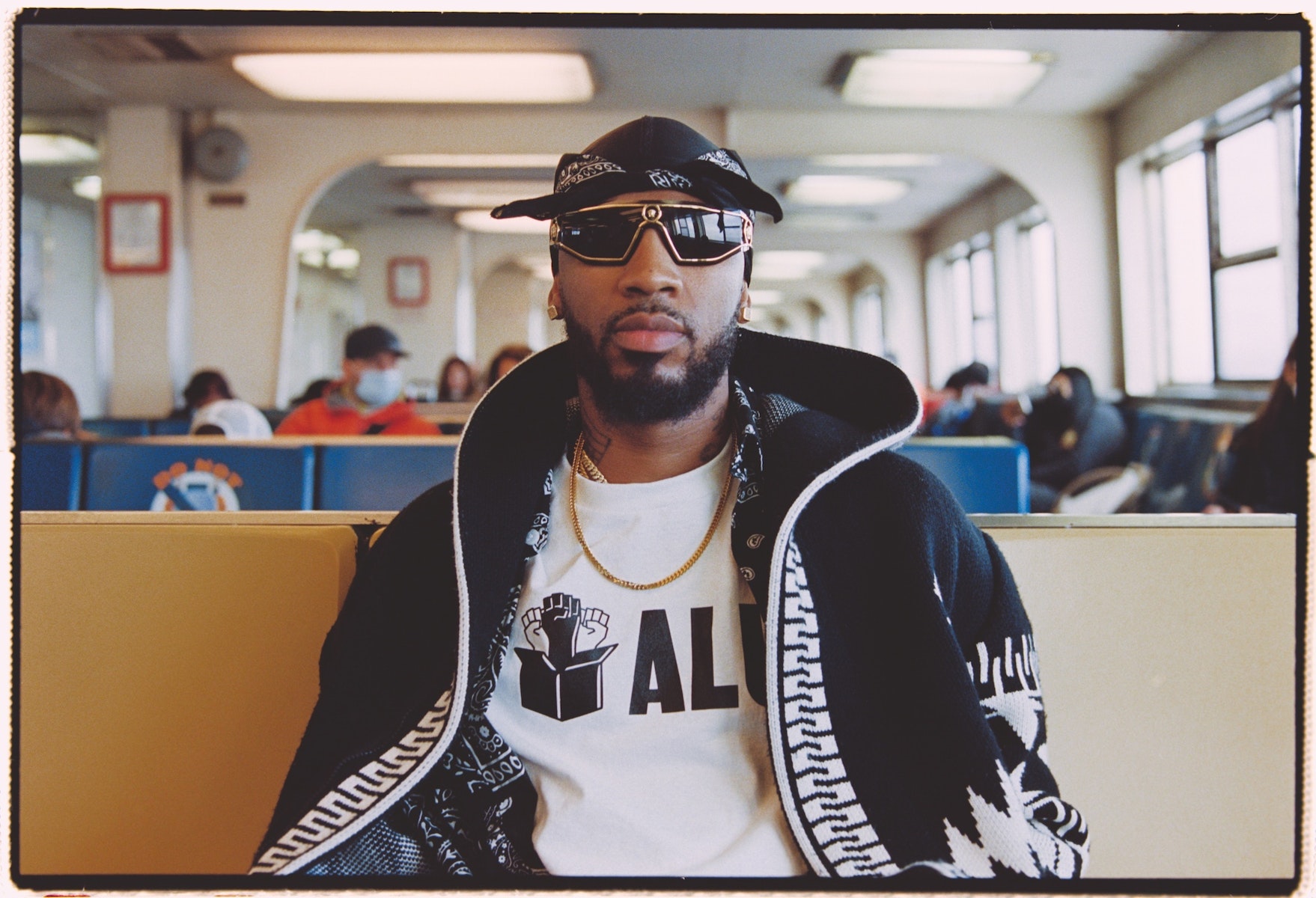 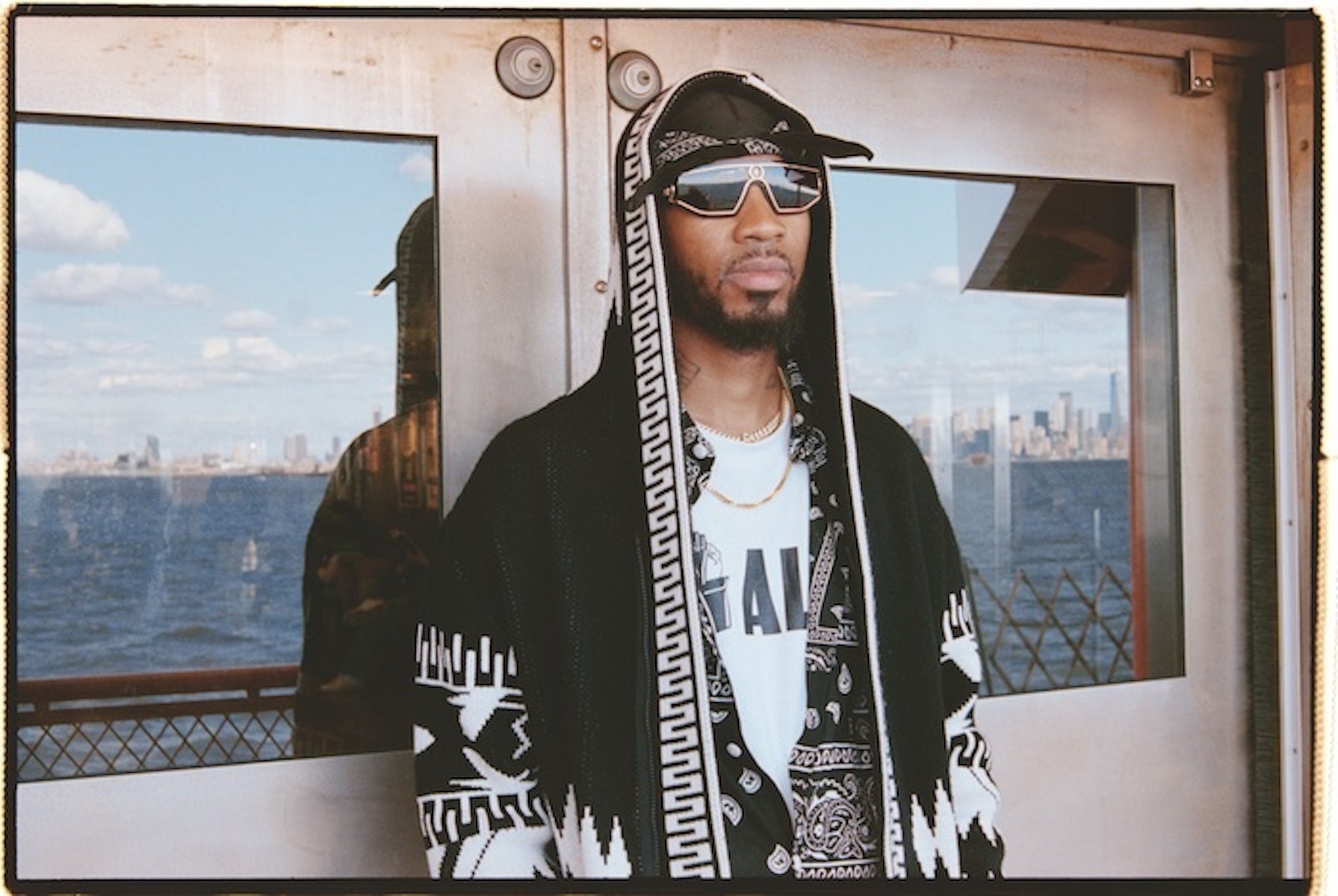 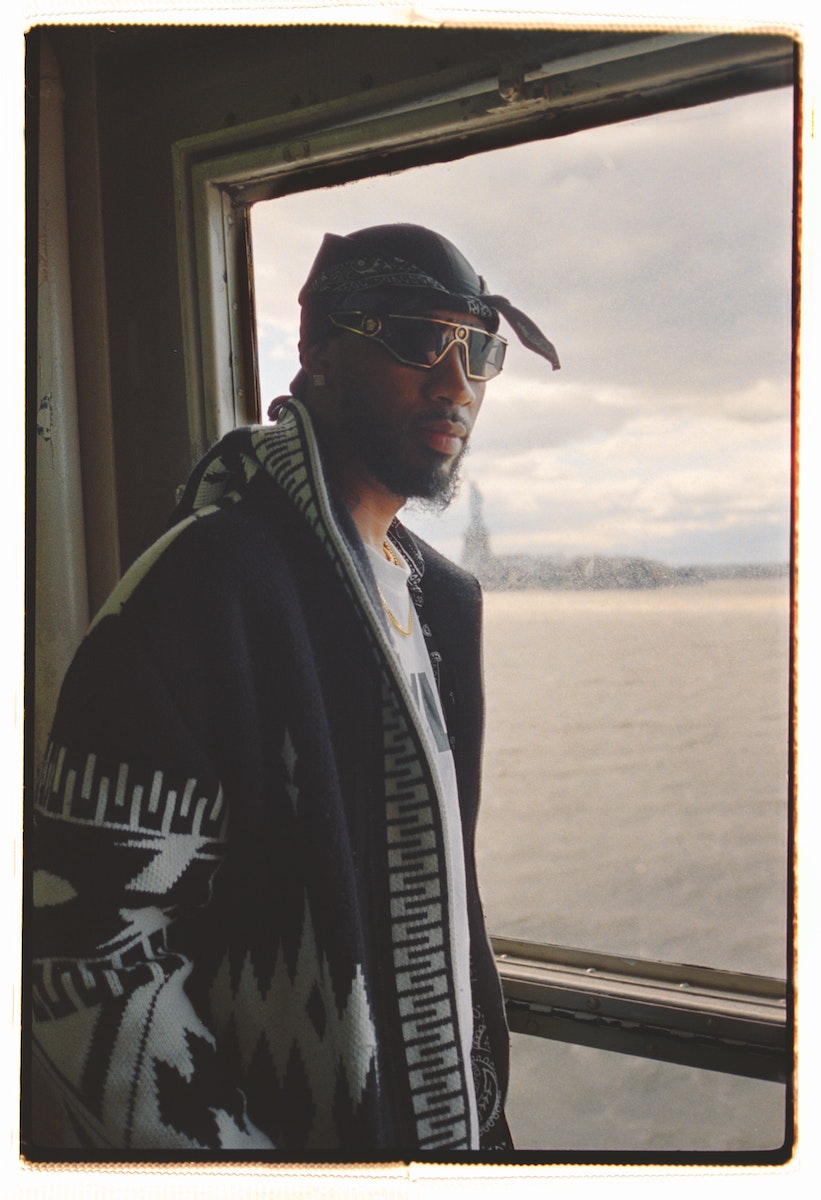 What was the process of organising the Amazon Labour Union?

Oh wow. Well first, we were organising before the ALU was a thing only a year ago. Before that we had an organisation called The Congress of Essential Workers [TCOEW], where it was me, Jordan Flowers, Gerald Bryson, Derrick Palmer and a few others, Brett Daniels, Jason Anthony – we all were Amazon workers for years. When Gerald and I were fired [Smalls worked at Amazon between 2015 and March 2020, when he was sacked on the same day he organised a walkout in protest of the company’s Covid safely protocols] that’s when we started to advocate at Jeff Bezos’s penthouses and mansions all across the country with TCOEW. We were doing demonstrations nationwide with other movements and we tried to make it so that we were uplifting everybody’s voices. And then it got to the point where [a warehouse in] Bessemer, Alabama, was unionising. A few of us went down there to see how they got that going, because we were intrigued by the attention. But when we got down there it wasn’t looking too good, because the union wasn’t really [as] connected to the workers as we thought they were [the union proposal was eventually defeated in a close vote – a common outcome in the US, where employers will dissuade workers by presenting the movement as anti-competitive]. That’s when we came back. And we started on 4/​20.

The best day ever. We started on 4/​20/​2021, so last year we decided to go forward with unionising Staten Island. We brought it back [to our] home base and that’s when we transitioned from one organisation to the Amazon Labor Union. And now we have a bigger team.

In those early days, when you were figuring out how to organise, were there any models that you were studying? Or was it more predicated on what people needed in that moment?

We already had one member researching how to form a union, creating a draft of a constitution. He had the idea for the ALU from the beginning, two years ago. But we just didn’t know how to get to that point or how we were gonna start until we saw the efforts in Alabama. He was also taking courses with [union organiser Jane] McAlevey, of course – we had a couple members doing that for a while. But then we realised we don’t really have nobody that could give us the expertise on how to organise. We took ideas from certain people, organisations and unions but we realised it had to be us. That’s why we decided to remain independent, number one and just figure things out as we went along. We were able to get one good lawyer, Seth Goldstein, who’d been on several kickstarting campaigns. He knew how to do certain things that we needed to at least get started. That’s all we wanted: a lawyer, a little bit of money from the GoFundMe and a game plan for how we were going to get signatures. As months went by, we did hit bumps and bruises, but we really had to look to ourselves because we realised we were the experts as Amazon workers for years. Between all of us, we have multiple double digits in years of Amazon experience.

How did it feel to go against a company that you worked at for so many years?

It’s funny because I actually have been doing that for a long time [laughs]. Everybody knew I didn’t take no shit from nobody, even when I was working. And it was in a good way – I wasn’t the asshole. But I was the supervisor that was always for the people at the bottom, because that’s where I came from. I got hired [at] entry level. So when managers tried to do some fuckery I was like, nah, I’m not standing with that. A lot of managers didn’t like that. But then there were other managers that respected that. They couldn’t say shit to me anyway because I trained them. I had that type of fight in me from the beginning and that’s probably why they never promoted my ass [laughs]. They knew what kinda person I was. I was always gonna side with the workers. They even said that in one of my feedbacks: ​“Chris is always gonna side with the workers.”

I could see that watching your appearance on Fox News with Tucker Carlson [after the vote, the right-wing blowhard invited Smalls on his show in an attempt to politicise the labour movement. Carlson ended up agreeing that people do deserve to work in safe environments]. How did you remain so poised in that moment?

I just realised that this is somebody [Carlson] I was warned about [who would try] to get me in a bind or ask me tough questions. I’d done quite a few interviews already, so for me it’s about sticking to the message. Not trying to get involved with certain types of conversations, just continuing to speak about the issues. If people can’t agree with the issues, then they have a disconnect with human decency. That’s all I’m talking about, really. It’s just more committed to the work and the labour. These are human beings who are going to work and [are] subjected to horrific working conditions. Anybody can agree that people should be working in a safe environment.

Where do you think the principle for your kind of leadership comes from?

My grandparents, my mom. I always got a good support system around me. They guide me and keep me level-headed, knowing that there’s gonna be all kinds of people coming at me in all kinds of ways and from different angles. It’s just realising that what I’m doing, it’s only a select few that can do it. So I’m trying to stay humble with it, really.

It takes a certain spirit, for sure. You’ve been really busy doing all the media hits. This is definitely a moment within the history of workers’ rights in the US. For Amazon, for yourself, organising and labour altogether, we are definitely on the cusp of something significant. How does being in the public eye sit on your shoulders?

It’s been crazy. As you can imagine, I’m in the New York market and New York media is a zoo, it’s a jungle. This is the mecca of media out here. There’s so much independent media that follows us, so much mainstream media that’s now paying attention to it. It’s a whirlwind of events. I just wanna continue to build off the union and not really become a celebrity in that way. People are tryna make me do all different things and events and stuff. It’s cool and all, but at the end of the day, I’m just a worker. For me, I just wanna organise. Even when I’m away from my team, I wanna be around that type of atmosphere, because all of this is just for the public, for the other outside community to understand. But I know it’s important that they do hear these issues and, if I can’t tell them, the mainstream media won’t put too many labour workers on TV. These are important opportunities for the entire labour movement to be platformed in a different light.

For instance, this interview [laughs]. This is in THE FACE magazine, which is more cultural, music and fashion. That’s what it’s about. Getting the message across all industries and all media as well. But continuing to organise, too. 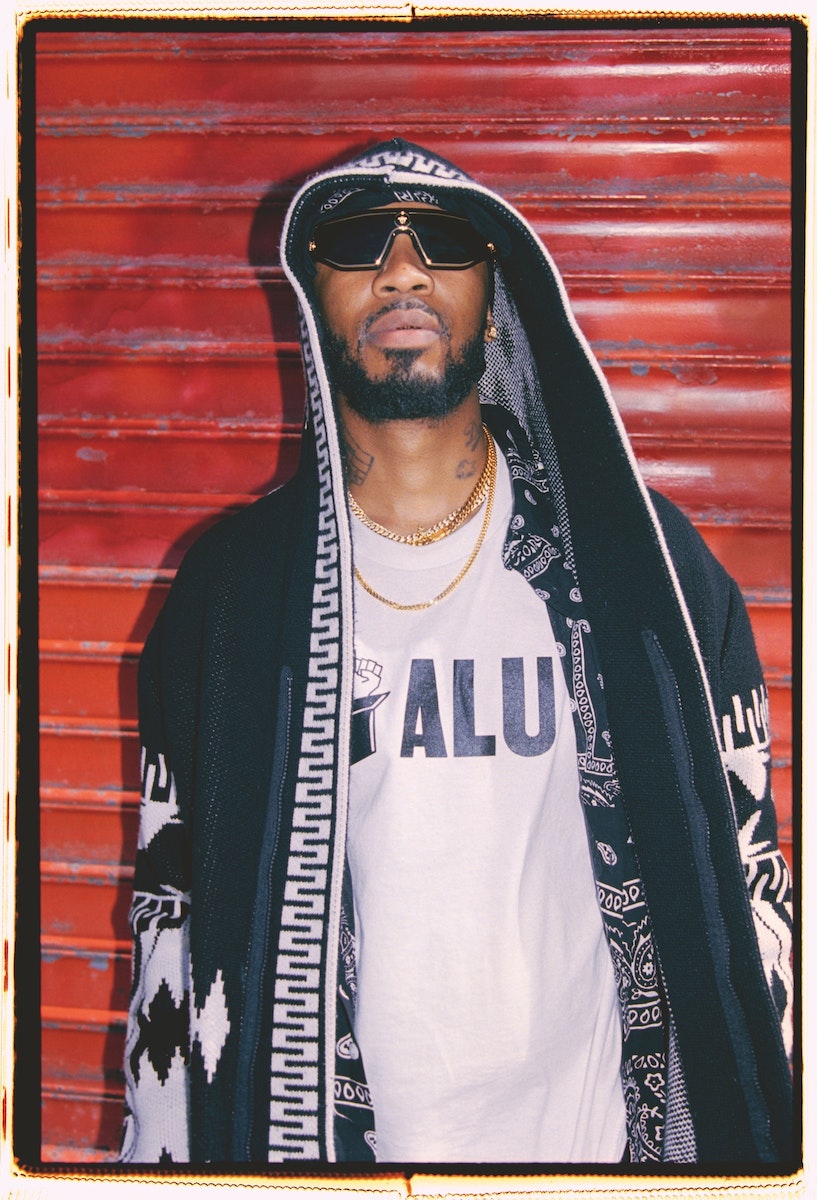 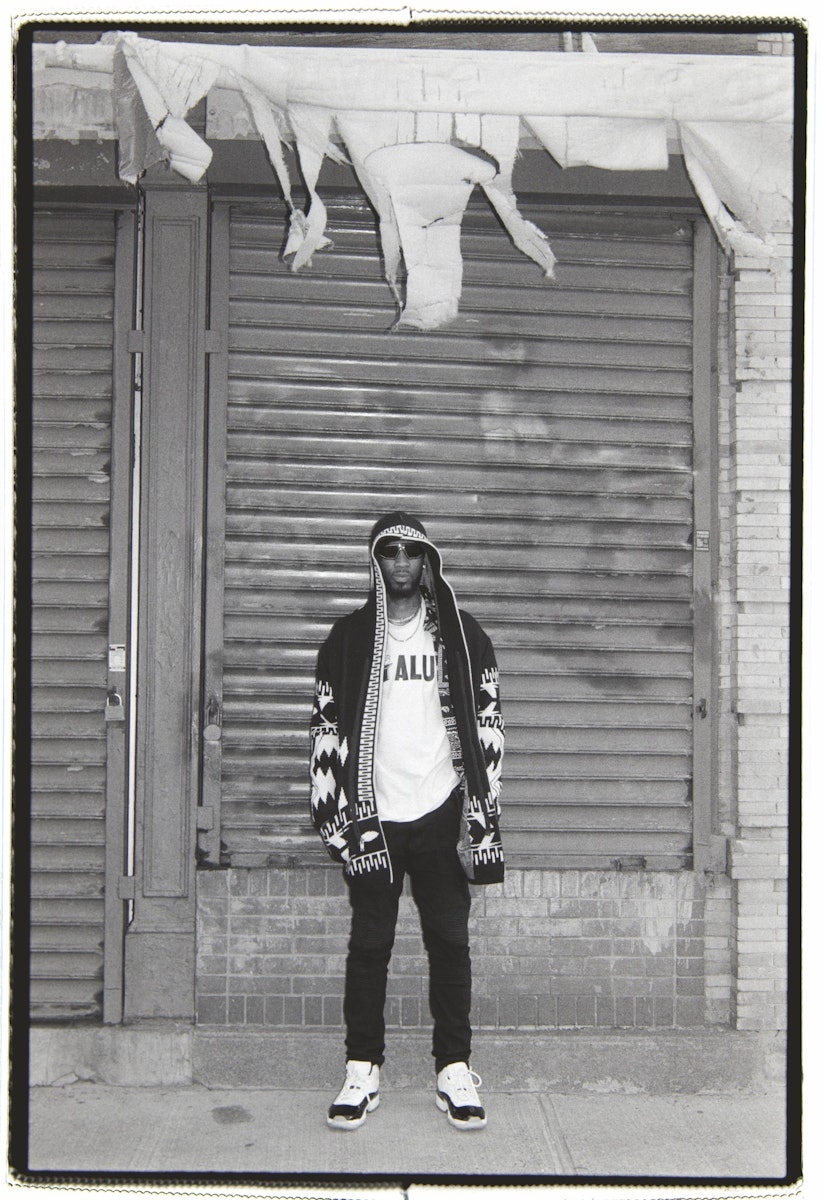