“Once you post photos on Instagram, they lose something [valuable],” says Fin Flint, who first picked up a camera aged 15, nicking his mum’s old point-and-shoot from under the stairs. Born in London before moving to Colchester, Essex aged two, the 20-year-old is now one of London’s hottest young photographers, on the cusp of completing his degree in the subject at the London College of Communication.

As elusive as his portraits are striking, Flint has established himself as the photographer of choice for artists like Slawn and viral streetwear brand Corteiz. He cut his teeth shooting mates across the city and recently self-published Close-up, a zine featuring friends who function both as subjects and pools of inspiration. This year he was commissioned by Supreme, one of his goals for 2022. Next up? ​“The last six months I’ve been saving up [images] to release a book and maybe do an exhibition. Two years of my life, never seen before and nicely printed!” Some Fin wicked this way comes… 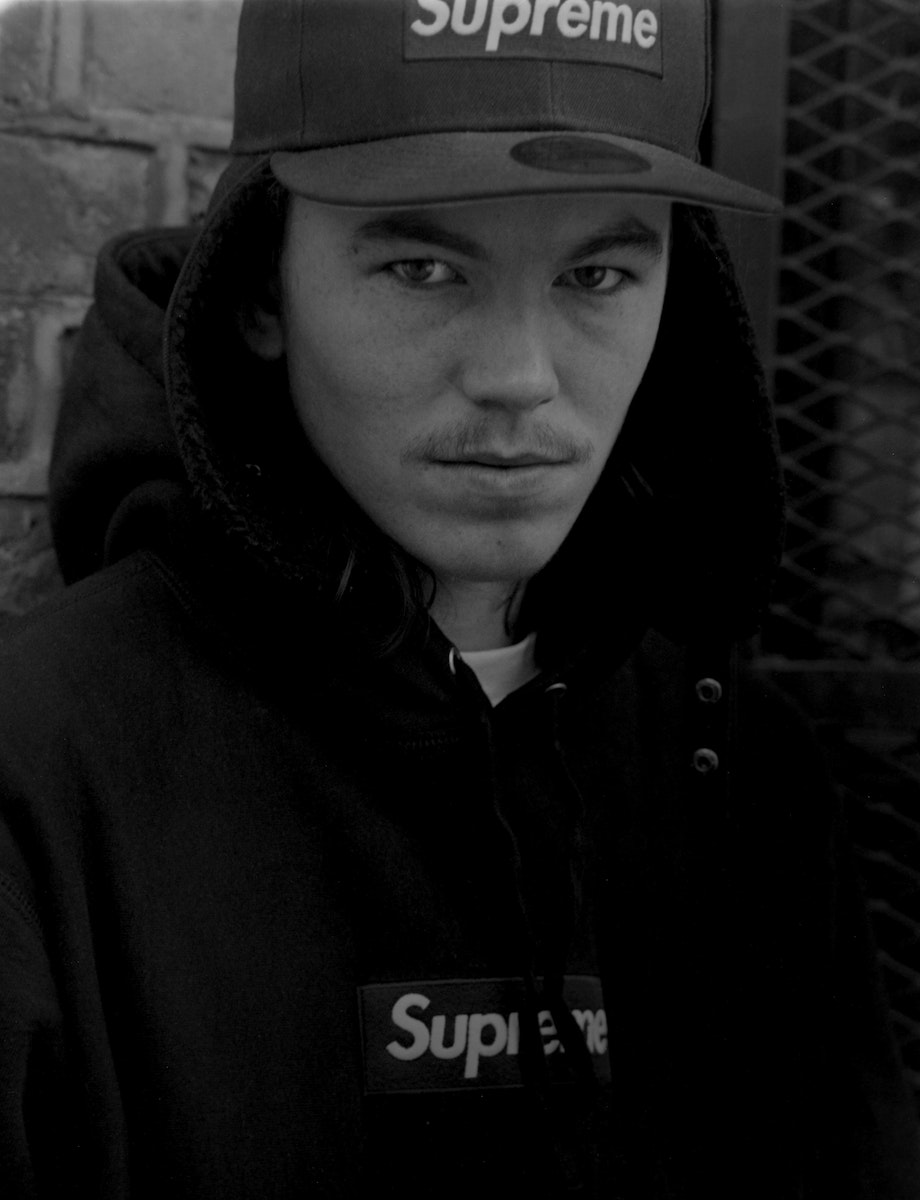 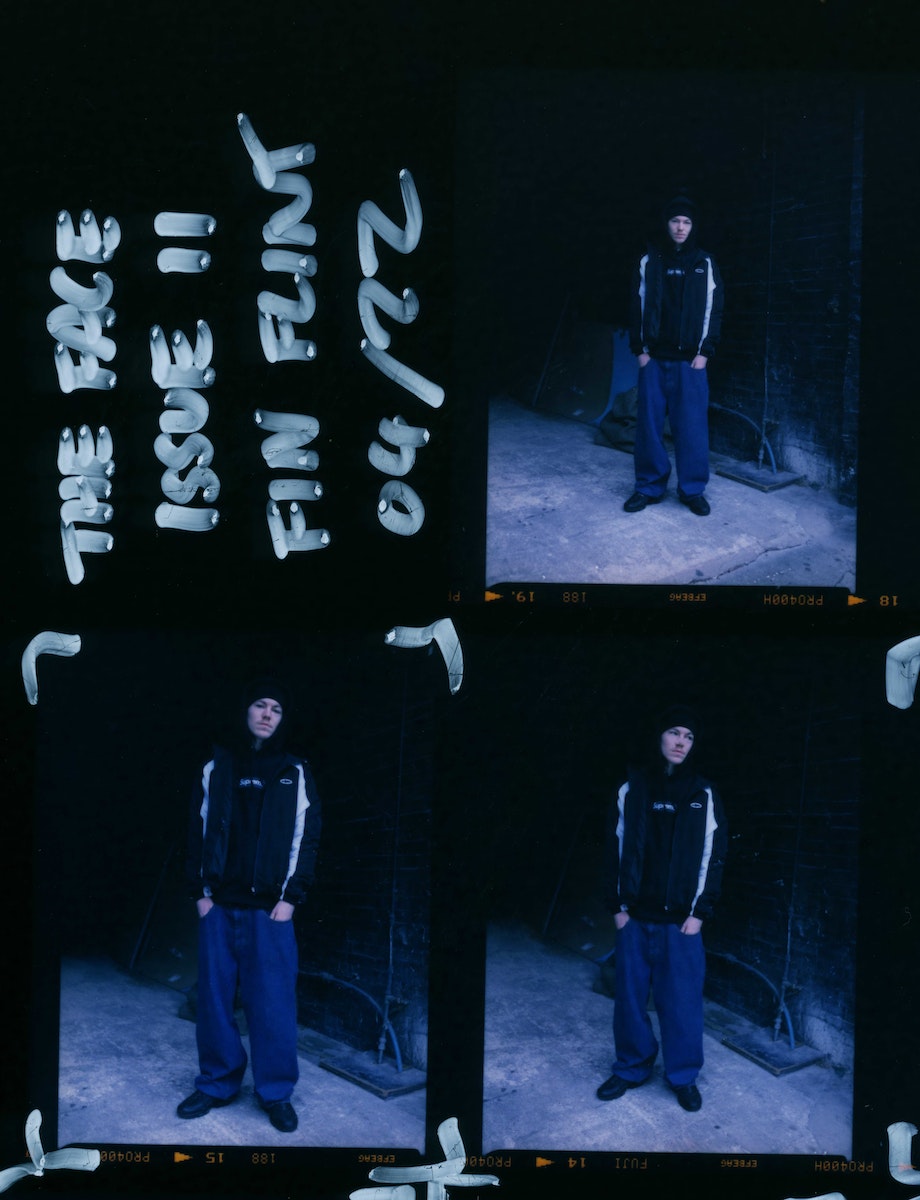 Cold waters run deep for Randa Kherba, a designer with her own formula for success. Since graduating from Central Saint Martins in 2018 with a BA in Menswear, followed by a 2021 Masters in Material Futures – not to mention a stint working for Ye in Los Angeles – the 26-year-old is now fresh off the back of a debut collection with SSENSE. In the works for years, it was largely inspired by the adrenaline-fuelled, Alaskan sledneck festival Arctic Man.

Cool in both senses of the word, each garment is a highly functional outerwear dream, featuring breathable fabrics designed to protect against the elements. ​“I’ve always designed for extreme conditions,” the North Londoner says. ​“Clothing is a second skin, an extension of our bodies.” Kherba has created a cohesive story around her collection, releasing a film and a book to go alongside it, both entitled It’s Peak. As for thrill-chasing in her own life? ​“I won’t run into the eye of the storm… But I’ll watch someone else do it. I’ll take pictures!” 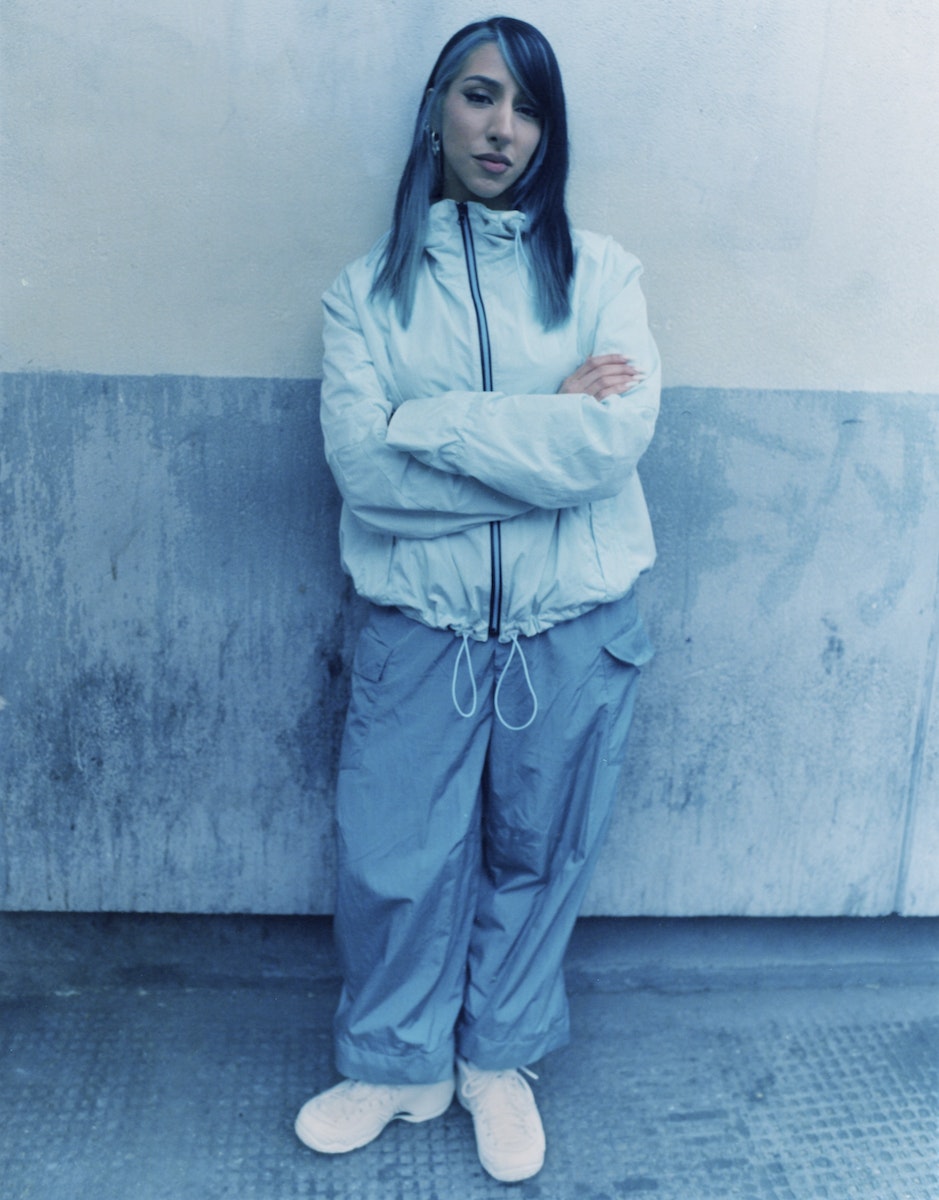 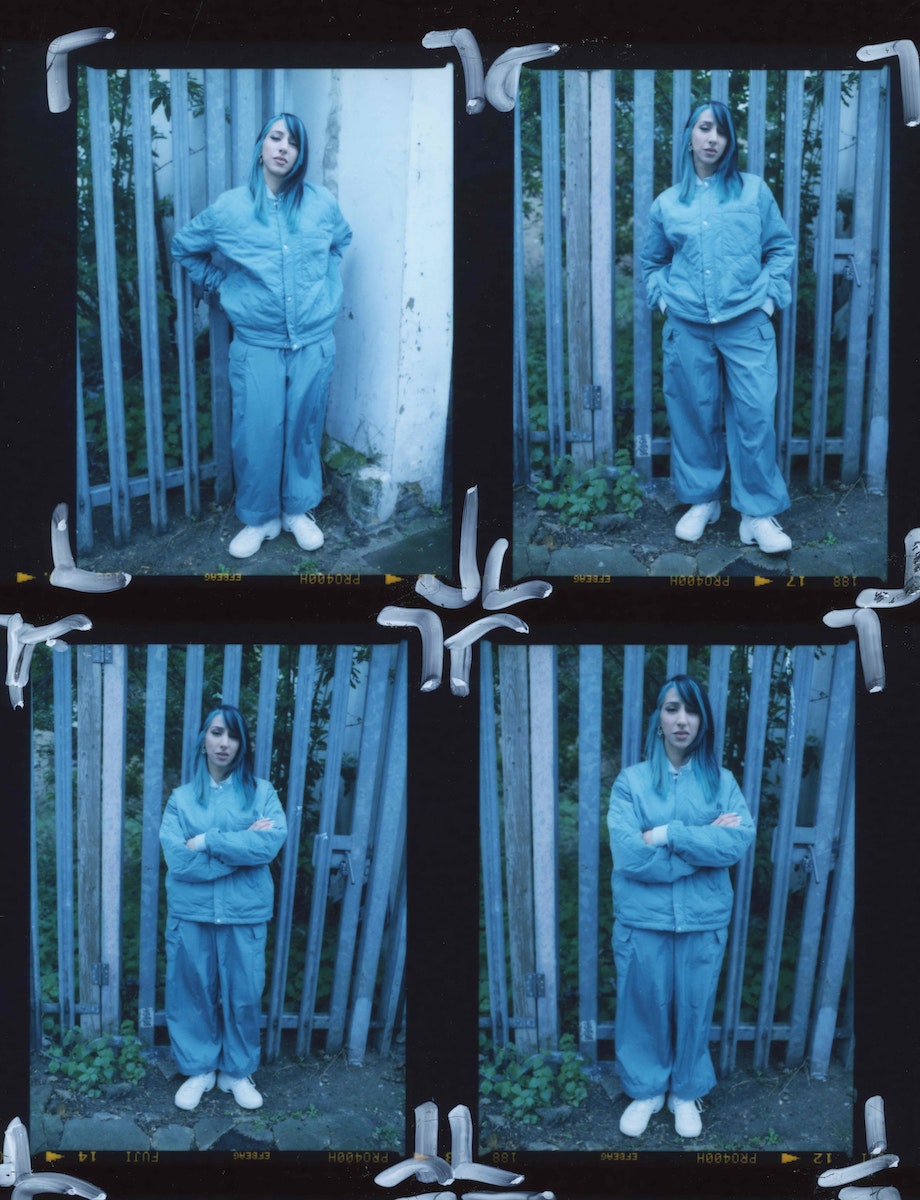 Moses McKenzie, 24, wrote and discarded three manuscripts and a play before finally producing his debut novel An Olive Grove in Ends, which was published last month, and the author is already in talks for a TV adaptation. It paints a gritty portrait of the Jamaican-Somalian areas of inner-city Bristol, where protagonist Sayon has to contend with violence, faith, love and what being a good person looks like in the face of constant turmoil. ​“It’s a love letter to my little cousin and Easton,” McKenzie says of the area he was raised in.

Listening to his dad’s soul and reggae vinyl as a kid, young Moses was entranced and inspired to write lyrics before moving on to prose. He studied English Literature at the University of the West of England, hated it and progressed into writing fiction, each rhythmic sentence soaked in empathy for its subject matter. But An Olive Grove in Ends is, mostly, a time capsule. ​“Easton is being gentrified. I have nostalgic love for it, so I needed to write this book because in 10 years it won’t be the same place I know now. It’s for my people, my bredrins and family members.” 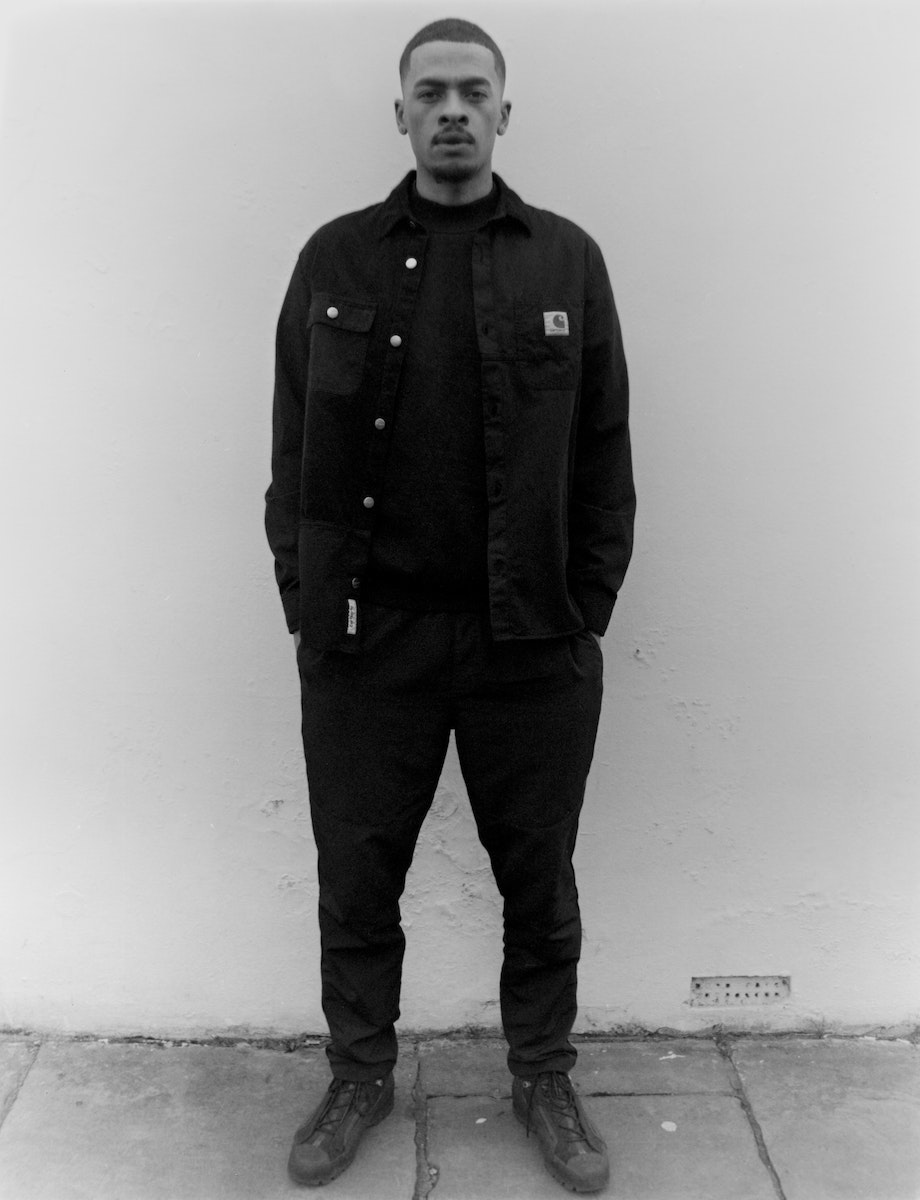 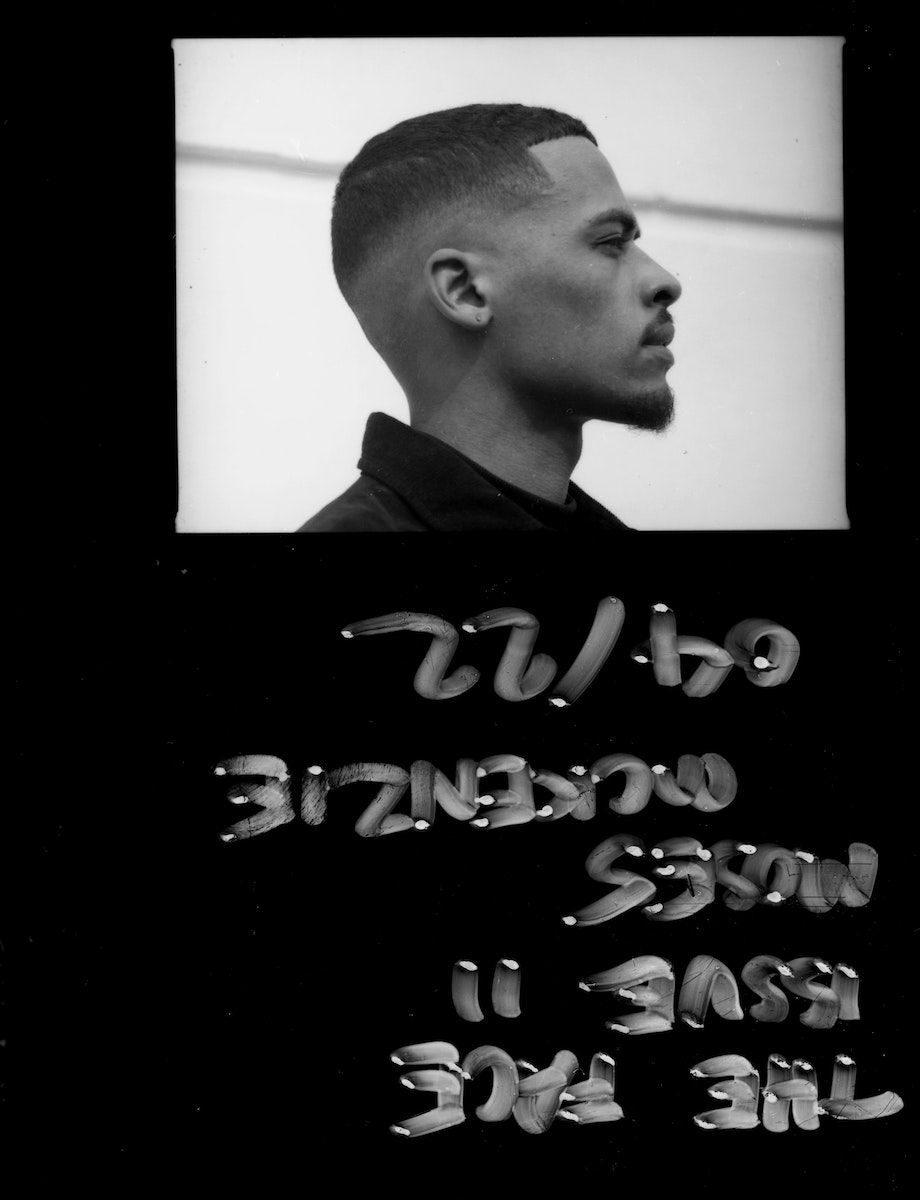 When Rahel Stephanie started Spoons, her Indonesian supper club, in 2019, it was a means for her to share her home cuisine with friends. Since then, it’s expanded into one of London’s most popular food destinations, with tickets sometimes selling out in under a minute. With no prior experience in hospitality, the 27-year-old Londoner – whose family is Indonesian – learned how to cook courtesy of YouTube’s Jakarta housewives, injecting their love of authentic recipes and rich, complex flavours into Spoons.

​“Indonesian food still hasn’t had its big moment and it’s about time!” Stephanie says, excitedly. ​“We have a very diverse culture with more than 17,000 islands and so much of that [food] is underrated.” With a long-term plan to bring Indonesian cooking into the mainstream, Stephanie is off to Bali in June, where she’ll be hosting a Spoons pop-up at Desa Potato Head resort, before returning to London for foodie collabs, fundraisers and more tasty supper clubs. ​“They feel like extended family dinners. It’s such a treasure to meet so many people through a shared love of food. It’s changed my life.” 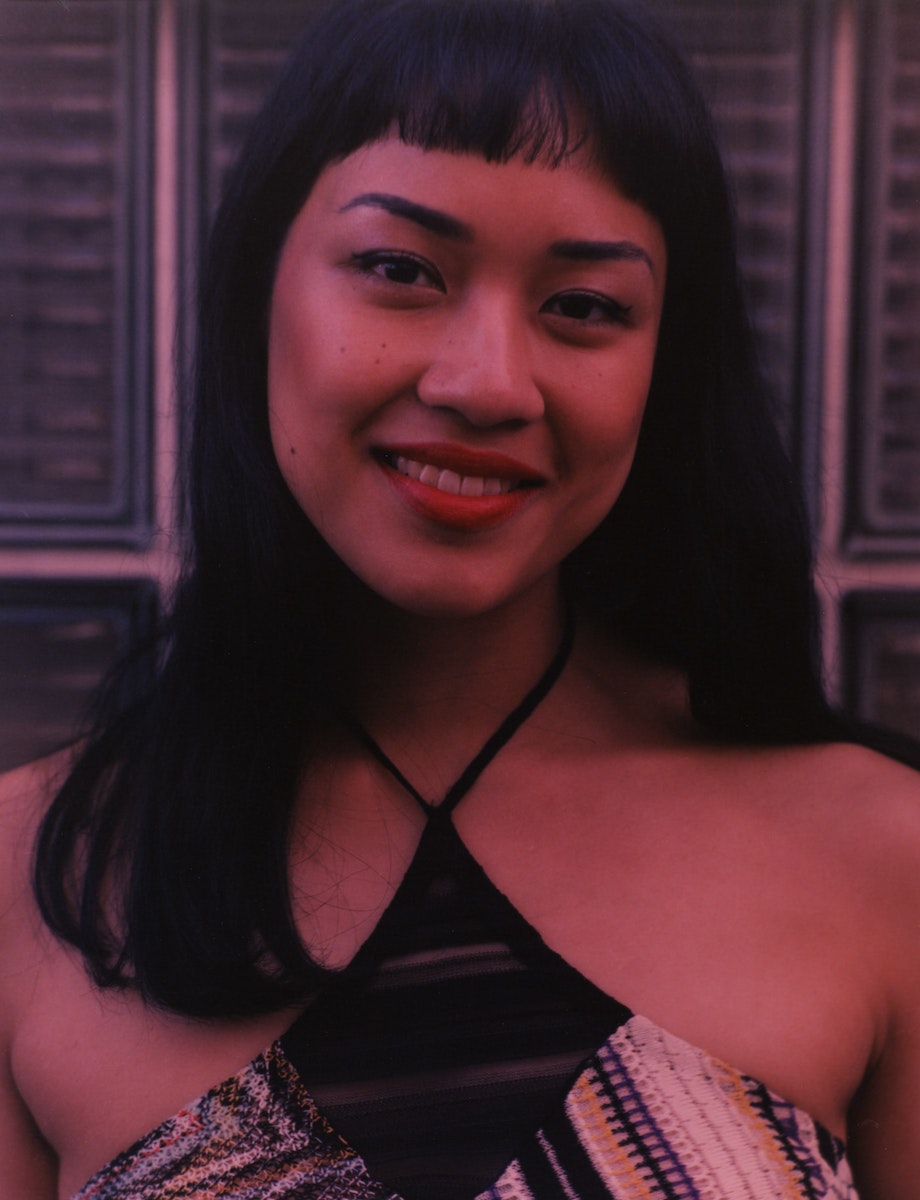 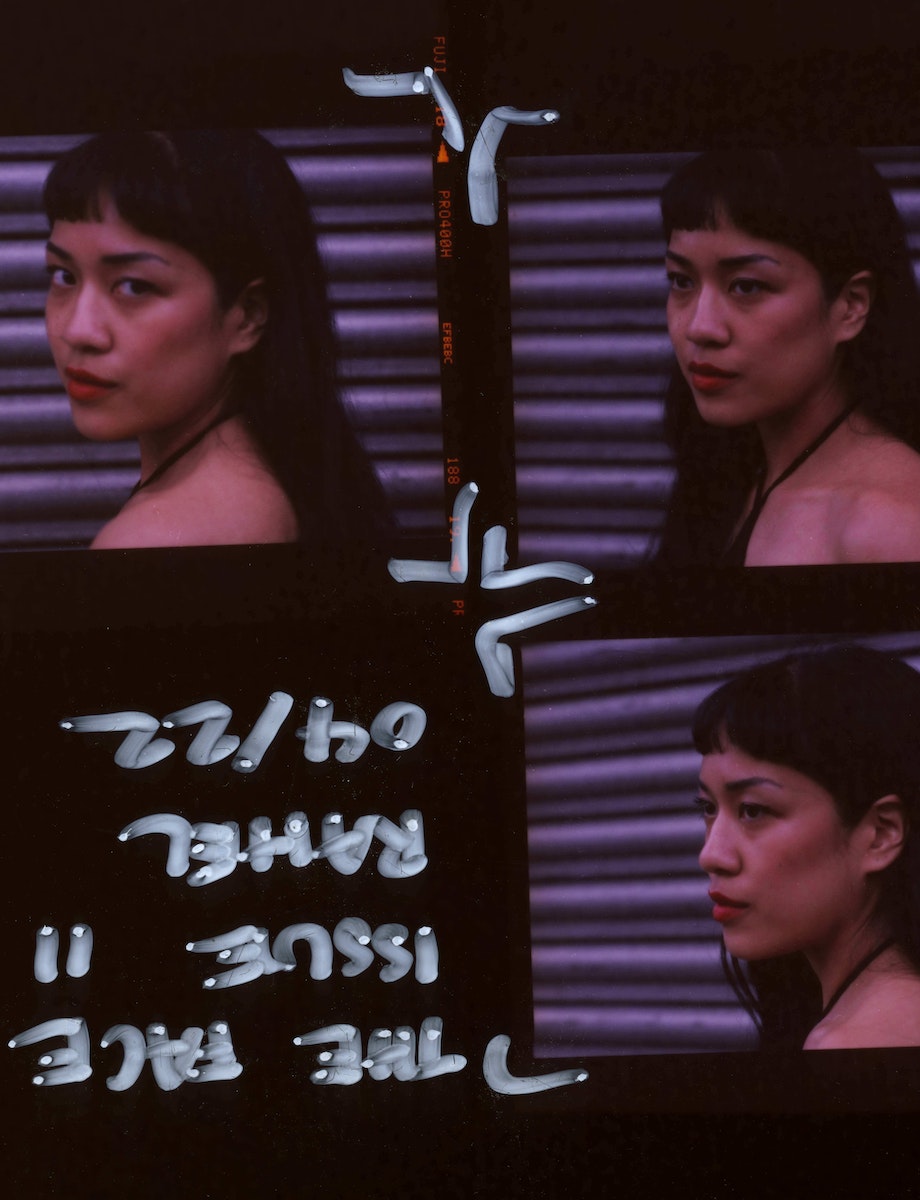 For producer, singer-songwriter and Fixed Abode label head Rainy Miller, music is a cathartic release – his lush, leftfield tracks and melancholy beats informed by stories of home and growing up. Born and raised in Preston, Lancashire, the 27-year-old is now based in Manchester, where he closely collaborates with other local artists like Blackhaine and Space Afrika to carve out a fresh musical niche.

​“Coming from Preston, I’ve been brought up with an underdog mentality,” he says. ​“You feel like the little brother with a constant point to prove, which bleeds through sonically.” Now largely driven by ambient music, Miller’s dropping collaborative project Armour 2 with Blackhaine next month, followed by a ​“significant” solo body of work. But reshaping the northern music scene is a delicate balancing act, always in the back of Miller’s mind. ​“We don’t want to be a caricature – we’re trying to put our flag down without relying too much on being othered.” 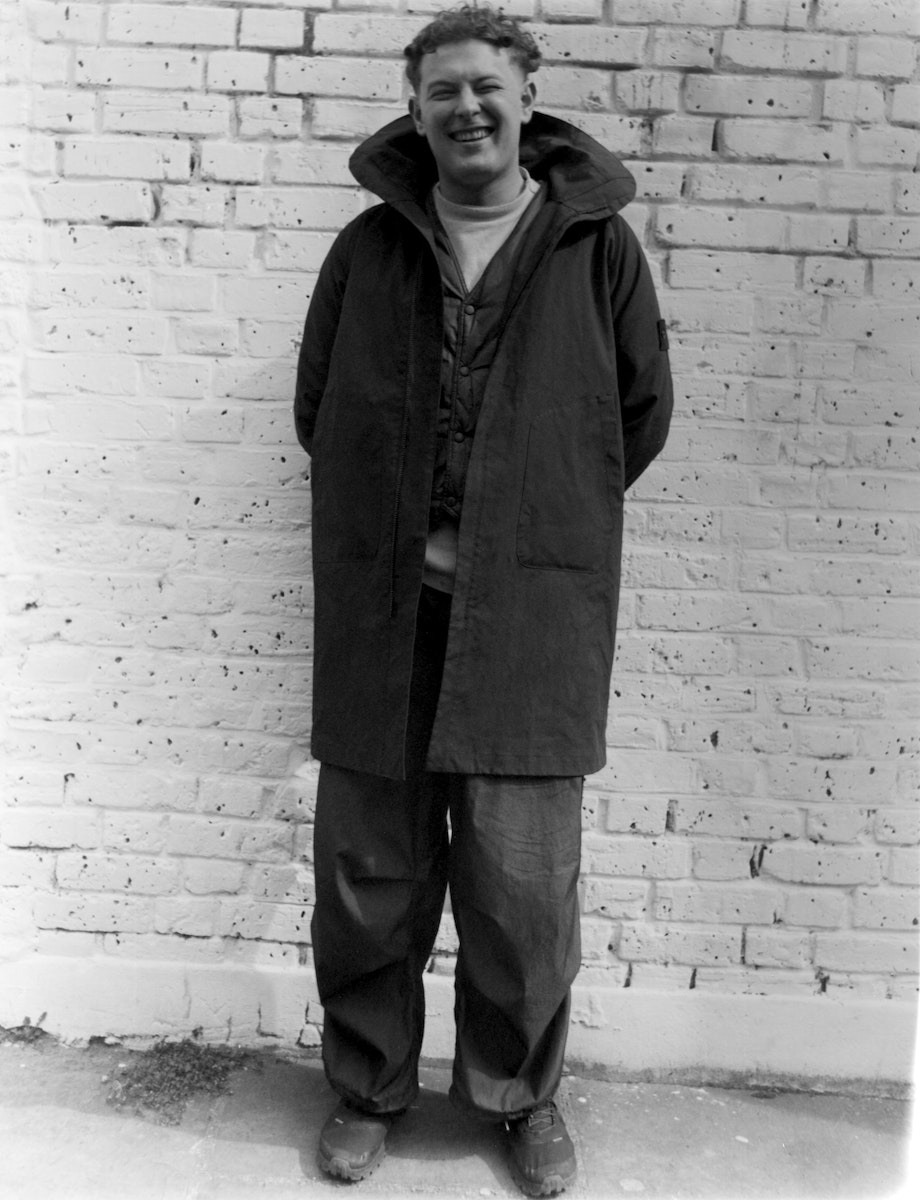 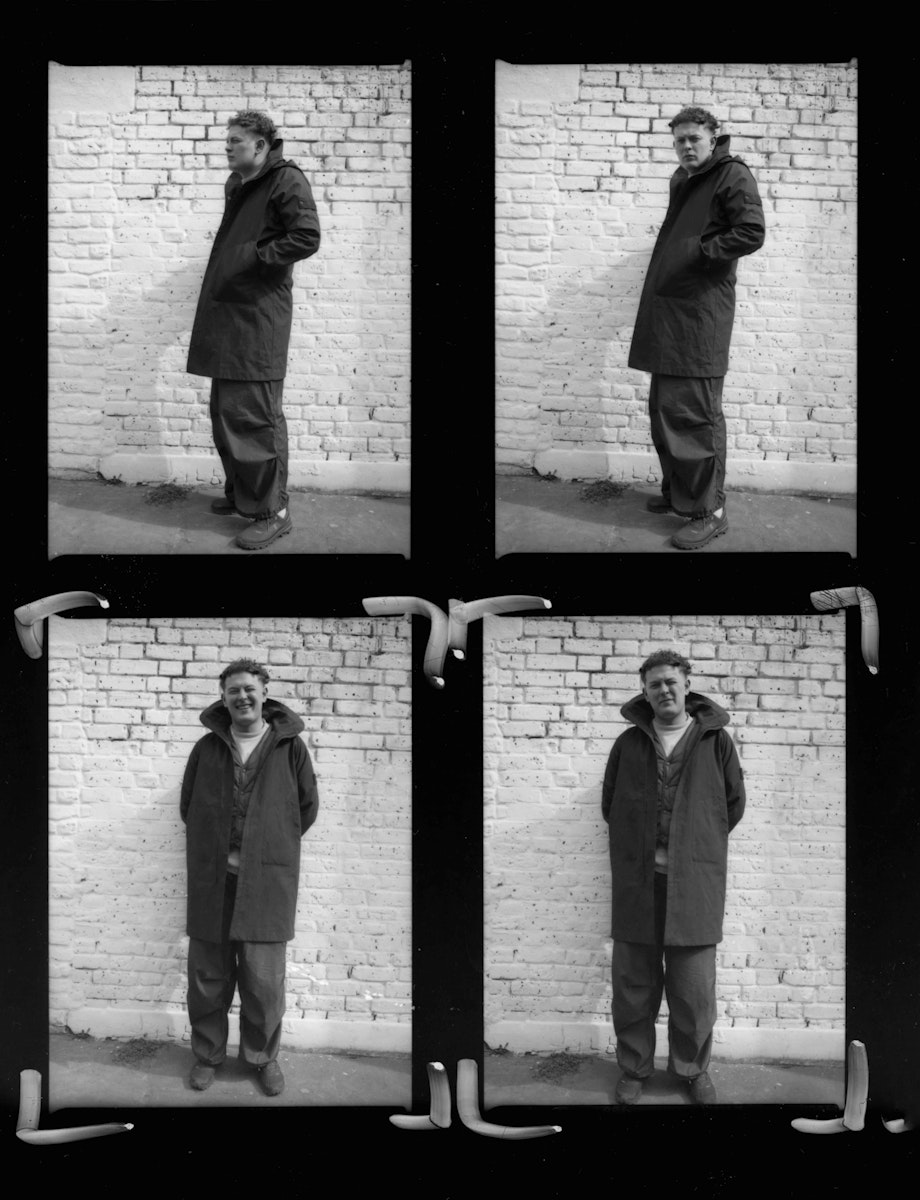 “I think if you come from a small town, you need to be quite scrappy,” says Marli Siu, who used to get a 14-hour Megabus from Aberdeen to London for auditions. Now based in the capital, Siu lived in Hong Kong until she was four before moving to Forres in northeast Scotland. After getting her degree in English and Drama at Edinburgh University, Siu’s first job at a local theatre led her to breakthrough both on screen and stage – last November, she won Best Actress from Bafta Scotland for her role in indie drama Run.

Then Siu was cast in this year’s BBC adaptation of Dolly Alderton’s bestselling novel Everything I Know About Love. Out on 7th June, it tells a millennial coming-of-age story told through the eyes of four best friends. Siu plays the outspoken Nell, ​“The one who winks at the audience, who’s very grounded, sarcastic and sometimes taken for granted by the other girls. I hope women who watch it can relate. Dolly’s written very real, honest characters.” 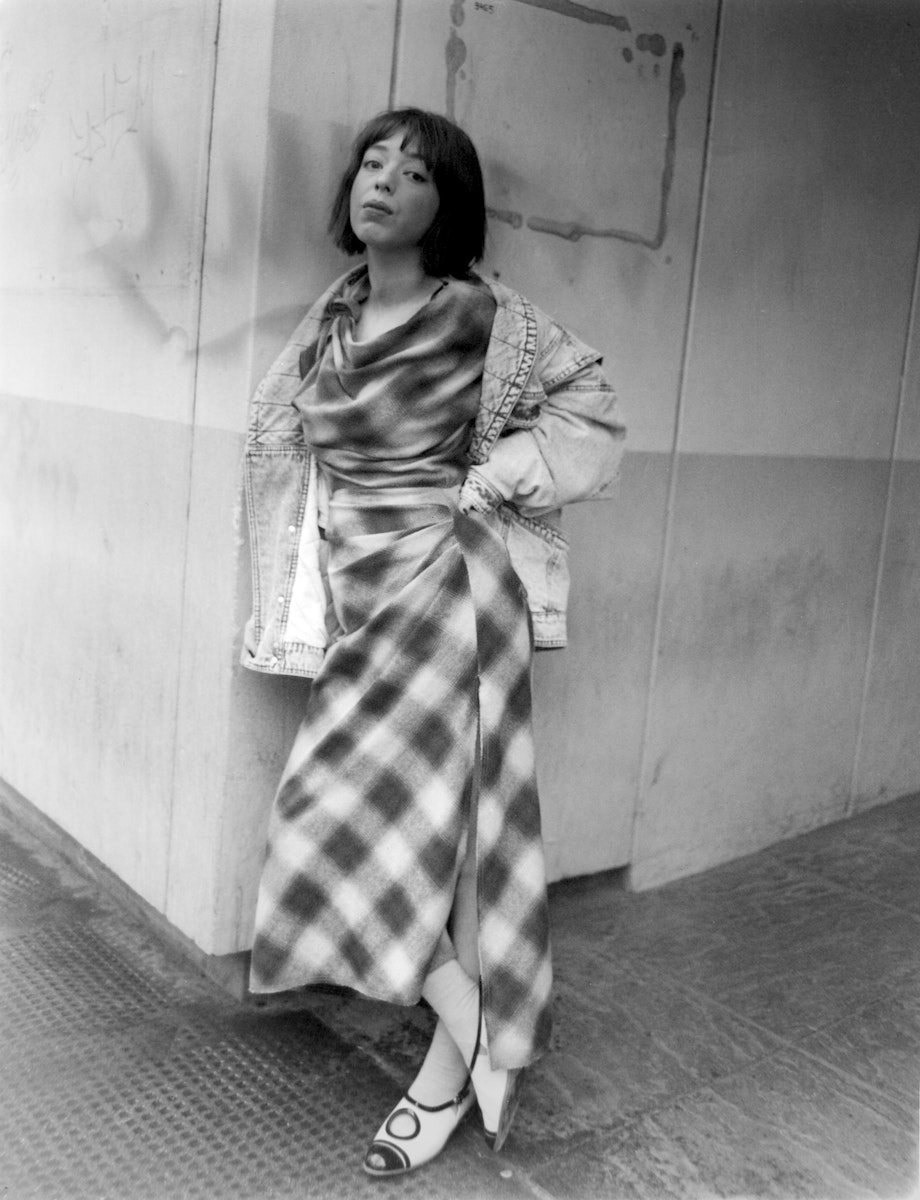 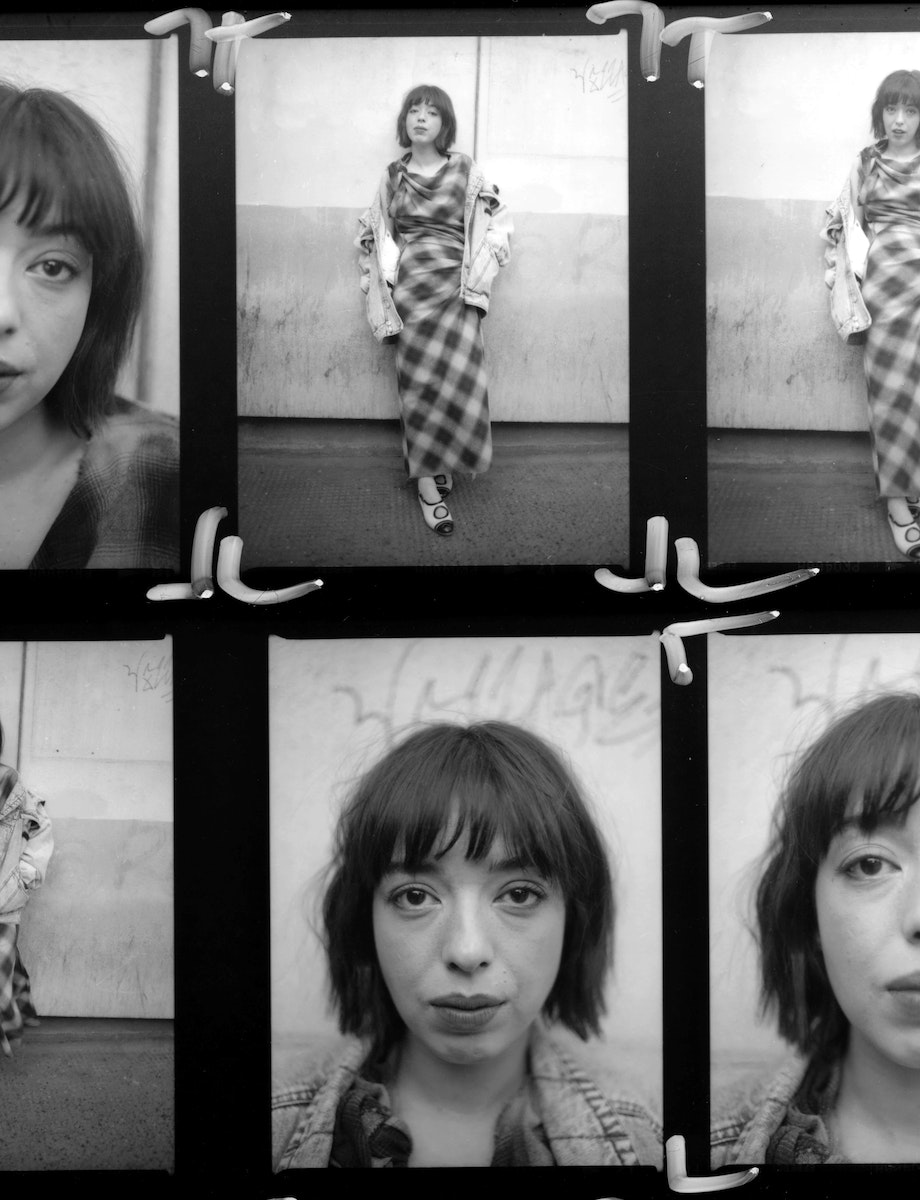